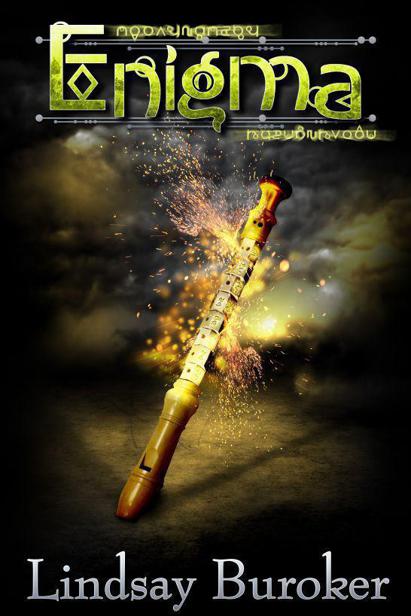 Point 1: Rias saved my life, and I never could have escaped my kidnappers and those blighted ruins without his help.

Professor Tikaya Komitopis nibbled on the end of her pencil while she considered her first argument. Her toe bumped against a sharp rock, interrupting her musings. Writing while traversing a goat trail across a mountainside in Northern Turgonia had its downsides.

A frosty wind blew down from a snowy peak to the left, tugging at the pages in her journal. Not far to the right, a cliff dropped hundreds of feet into the sea where foamy waves surged and churned, their temperature equally frosty, she wagered. The only warm thing in the land walked on the trail ahead of her. Rias navigated the rocky path with easy grace, though he possessed a broad-shouldered, six-and-a-half-foot frame that should have belied agility. For a long moment, her gaze lingered, admiring that grace, and other attributes as well.

Tikaya caught herself and snorted. If you want to continue enjoying that view in the future, she told herself, you’d best get back to the list.

Counterpoint,
she wrote, anticipating her family’s response to Point 1
, you never would have been in danger if
his
people hadn’t kidnapped you in the first place.

Yes, that would be the first argument her father made, if she got him to speak at all. He might be too busy fuming and glaring at Rias to utter words. That was
if
she could somehow get him past the port authorities and out to her family’s plantation to meet her kin.

Point 2
, Tikaya scribbled,
he’s been exiled from the empire and holds no further loyalty to the emperor. If we allow him on our islands, he could become an advisor and invaluable ally.

Counterpoint: Whatever he is now, he
was
Fleet Admiral Sashka Federias Starcrest during the war, a war in which thousands of our people died because he and his cursed emperor thought it’d be nice to have an “outpost” in the middle of the ocean.

Tikaya grimaced. Maybe making a list had been a bad idea. She was coming up with stronger counterpoints than points. She craned her neck and stared up at the blue sky, searching for an answer amongst the fluffy clouds drifting past. All she saw were puffs of her own breath crystalizing before her face.

Her toe caught on a rock, and this time Tikaya tripped, the rucksack, canteen, longbow and quiver strapped to her back colluding to undermine her balance. Only luck—and copious flailing—kept her from pitching face-first to the ground.

Rias halted. “Are you all right?” It was at least the three hundredth time he’d had occasion to voice the question in the last two weeks.

“Yes.” Tikaya had no doubt that he would have caught her if she’d fallen and was glad she hadn’t needed such a rescue this time. Not that she minded falling into his arms—quite the opposite really—but she liked to do it on her own terms. She adjusted her gear, pushed her long blonde braid over her shoulder, and straightened her spectacles. “How do you manage to so effectively think and walk at the same time? I know your brain is as busy as mine.”

He might be retired, however forcibly, but she’d caught him designing ships and engines by the campfire several nights.

Rias plucked her pen out of a clump of tenacious weeds growing from between two rocks. “I don’t imagine it’s the
thinking
that’s causing you trouble.”

As he held out the pen for her, Rias offered a warm half-smile. The gesture always gave him a boyish mien despite the silver peppering his black hair, the laugh lines at the corners of his brown eyes, and the old scar bisecting one brow. He, too, carried a rucksack and weapons—a marine-issue dagger and a muzzle-loading rifle instead of a bow—but he wore the gear as if it weighed him down no more than a shirt.

“Fortunately, I can offer you a possible solution. You may find it easier to think aboard a ship.”

Rias stretched an arm toward the south, and Tikaya blinked at the realization that they’d reached something more than harsh wilderness. Granted, the town of Tangukmoo might be just as harsh as the surrounding lands—indeed, the log and hide cabins, gambling halls, and taverns spreading out from the docks lacked a posh, civilized appearance—but the ships in the harbor lightened her heart. Even the abstemious nature of a cabin at sea sounded delightful after the nights spent sleeping on cold rocky ground.

“Any idea how we can pay for passage?” Tikaya asked.

“I can volunteer for employment as a fireman in the boiler room.” Rias took out a collapsible spyglass and perused the harbor. “Hm, make that as a seaman.”

Even without magnification, Tikaya could see that most of the vessels had masts rather than smokestacks. She smiled. “Are you sure you know how to work a ship that doesn’t come with an engine?”

“Of course. I can sail anything.” Rias lifted his chin, and Tikaya might have teased him for letting his Turgonian arrogance show, but he winked and added, “Even wooden toys in the tub.”

“It is if there are a lot of them and they’re engaged in mortal battle with each other while cannonballs fly.”

“I carved them from the soap bars.”

Tikaya imagined an eight-year-old version of the former admiral, orchestrating this conflict in the washroom. “I’m sure your parents appreciated that.”

“It
did
mystify Mother for a while until she discovered me at the task.” Rias lowered the spyglass and pointed to the harbor. “We have a challenge.”

“You say that in the way other people might say we have a problem.”

“Most of those are fishing and whaling vessels. They’ll be plying the coast and the Durtan Sound, not heading south. Our two options are a Nurian merchant vessel and a schooner of indeterminate origins. The schooner lacks the size and armament of a typical brigadier or pirate ship, but it shows signs of having been in a battle—or at least fired upon—recently.”

Those limited options definitely sounded like a
problem
to Tikaya. “The Nurians would kill you for all the trouble you caused them in the war, and pirates might try to steal the priceless artifacts we took from the ruins.” Artifacts she planned to take to the Polytechnic for further research, not hand over to high seas marauders.

Rias’s eyebrows rose. “Should I be concerned that it’s not entirely clear which would be more objectionable to you?”

Tikaya grinned. “Well, I
have
been passionate about archaeology and philology since childhood. You’re a more recent interest.”

“I believe the answer to my question is yes, then.” Rias collapsed the spyglass and returned it to his pack. “During our long sea voyage, I shall have to see what I can do to raise myself from interest to passion in your mind.”

Tikaya swatted him as he led the way down the goat trail again. His sense of humor always warmed her heart. She wondered if it was significant enough an attribute to earn a spot on her list of arguments. Reminded of the task, her grin faded and she stared glumly at the page. Would her people ever be able to see him as something other than an enemy? What if she was risking his life by taking him back to Kyatt? More than once, she’d considered going home alone and promising to meet him at some foreign port where they could start a life together, but the thought of saying goodbye to her family forever brought moisture to her eyes.

“This passion that I’m going to bestir in you,” Rias called over his shoulder, “it requires that we stay together.”

“Oh!” Tikaya wiped her eyes, put away her journal, and hustled to catch up. “I thought you might be planning to do it through love letters or poetry sent from afar.”

“Alas, we Turgonians are a military lot, not known for our literary prowess.”

“Just so long as you can convince any would-be pirate thieves to leave us and our gear alone.”

“I’ll keep you safe.” This time when Rias looked over his shoulder, his humor was gone and his eyes were intense with the promise.

Yes, Tikaya thought, but who was going to keep
him
safe?

Turgonians tended to have black or brown hair and olive to bronze skin, so Tikaya was surprised to see a number of people who shared her pale skin and freckles in Tangukmoo. They had the height and brawny breadth of imperials, though, and she didn’t feel overly tall in the crowd, not as she did at home where her six-foot stature tended to draw stares. Of course, most of the people in the rough, northern town were men. Piles of snow framed the muddy streets, and more than one person navigated the outlying areas by dogsled. Not many sane women ventured to this backward corner of the empire, it seemed.

Rias, his fur-lined hood pulled up to hide his face, strode toward the last of three piers. The schooner floated in its berth at the end. Letters stenciled on the side declared it the
Feisty Fin
. Further out in the bay, the large Nurian ship waited, its anchor deployed. Tikaya found its presence ominous even if it was a merchant vessel instead of a warship, featuring a colorfully painted hull and flamboyant pinions that added a cheerful element. Its few gun ports were closed and none of the sailors on the deck, or loading ivory and whale oil via dinghies, bore weapons. Wise, since two stone towers guarded the imperial town from the mouth of the harbor, their guns rotated toward the foreign ship.

A glacier loomed behind the southernmost tower, discouraging treks south by foot, not that Tikaya had wanted to continue with bipedal travel anyway. If she wanted to reach home sometime that year, they needed to risk one of the ships.

She eyed the two-masted schooner as they drew nearer. It didn’t look like it held a crew complement of more than a dozen, and she wondered if it would have room for passengers. She wondered, too, what services she might offer. Anyone could guess that Rias would be a hard worker, but she, despite her island upbringing, had little experience on ships. She’d always preferred the dusty libraries and research rooms of the Polytechnic to field work.

Seamen engaged in repairs crawled all about the deck and through the rigging. Hammer blows emanated from somewhere inside, the noise reverberating through the harbor as it bounced from the surrounding mountains. Tikaya tried to guess the craft’s origins, but the crew was a diverse lot. A black-skinned man was repairing what looked suspiciously like a cannonball hole in the hull while a slender blond fellow sewed up holes in one of the topsails.

Tikaya started when she noticed a Nurian boy with two long black braids and almond-shaped eyes carrying a paint can. He paused to gape at Rias. Only twelve or thirteen, he
shouldn’t
recognize “Fleet Admiral Starcrest” from the war, but the attention made Tikaya uneasy. Rias still had his hood up, she reminded herself. The boy might only be responding to the Turgonian military uniform Rias wore. Even if it lacked insignia, or anything that indicated rank, it did, combined with his stature, grant him an intimidating visage. Tikaya hoped a Nurian cabin boy didn’t mean a Nurian captain and mate commanded the ship. Such men
would
be old enough to recognize Rias.