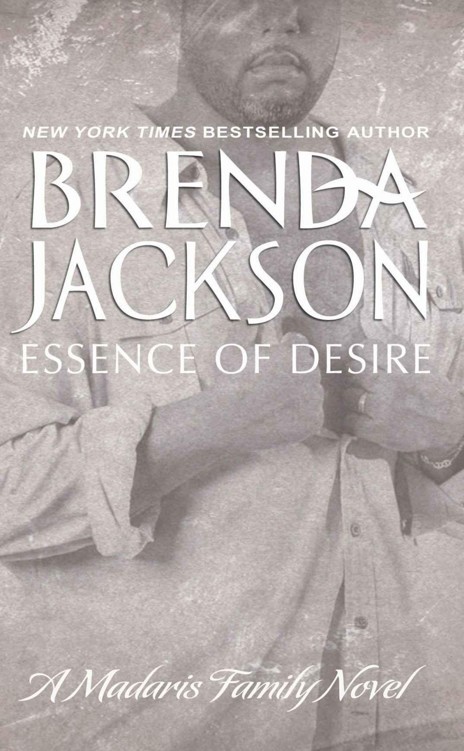 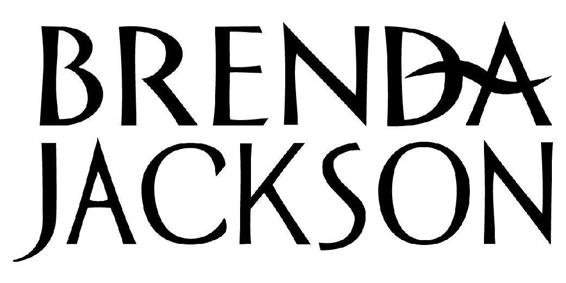 Love, Passion and Promise
An Imprint of the Madaris Publishing Company
www.madarispublishing.com

LOVE, PASSION AND PROMISE books are published by

All rights reserved. Except for in the case of brief quotations embodied in critical articles or reviews, the reproduction or utilization of this work in whole or in part in any form by any electronic, mechanical or other means, now known or hereafter invented, including xerography, photocopying and recording, or in any information storage or retrieval system, is forbidden without written permission of the Publisher.

UNFORGETTABLE STORIES UNDER HER LOVE, PASSION AND PROMISE IMPRINT

I proudly present to you the second book from the Madaris Publishing Company, Essence of Desire.

I appreciate all the emails I received letting me know how much you enjoyed my publishing company’s first book, Forever Mine. I also want to thank you for giving me your thoughts and ideas on what characters you would like to see in my second book.

The Madaris Family Novel in this book (Truly Everlasting) was taken from the novella,
Something to Celebrate
. This is Felecia Madaris and Trask Maxwell’s story. This is a story that I wrote ten years ago after losing my baby sister to breast cancer. I needed to write a story that would make me laugh during a difficult time, so this story is very special. I hope you will find it special as well.

In my story,
The Makeover
, I’m bringing back a man that I introduced in my novel,
Perfect Timing
. I received a lot of emails asking for Robert Noble’s story, and I’m happy to present it to you.

In
Bound by Passion
, you’re reacquainted with secondary characters from my story, Bare Essentials, taken from the Living Large anthology. I was fascinated with Michelle and Royce from day one, and always hoped to get to pen their stories.

I have written over sixty books and if there are characters from any of those books that you would love to see in their own story, please let me know at [email protected]

To visit my website, please click on www.brendajackson.net or you can visit www.madarispublishing.com for additional information on future books.

Special thanks to the love of my life, Gerald Jackson, Sr. who is my hero.

To my family whose undying support has always been there through thick and thin.

To my sons, Gerald Jr. and Brandon, whom I am very proud of and who challenged me to put into practice what I’ve always told them... “If you can conceive it then you can achieve it.”

And to my Heavenly Father, who loves me and gives me the talent to write and the desire to reach my full potential.

To my readers, who after reading
PERFECT TIMING
, wanted Robert Noble’s story. This one is for you.

To Betty Dowdell, you were intrigued with Robert Noble from the first, and this one is especially for you.

By night on my bed I sought him whom my soul loveth: I sought him, but I found him not.
Song of Solomon 3:1

Squinting against the June sun that was blaring through her window shield, Roxanne Miller focused her gaze on the magnificent looking structure that sat on the hill. It was a huge house and in earlier days it had been the belle of Summerlin, Tennessee. And she had been hired to help bring the glorious old lady back to her grandiose splendor.

And all for Robert Noble.

Robert had been her brother Colton’s best friend as long as she could remember. The two had practically been inseparable while growing up. It was only after the two had obtained graduate degrees from MIT, that job offers compelled them to go separate ways; but even to this day their friendship remained close. Colt had moved to L.A., met Cinnamon Dunbar and eventually married. Robert was godfather to Colt and Cinnamon’s little boy, affectionately known as CJ.

As she drove her car up the steep hill toward the house, she couldn’t help but reminiscence. She could recall being a lanky, braces wearing teenager who’d had a crush on Robert at fourteen. But then after closely observing how he and Colt had clung –and quite proudly—to the playboy reputations they’d heartlessly earned, she began seeing him in an unfavorable light. He was no longer the boy she had wanted to grow up and marry, the boy she had wanted to be her first. In her eyes he and Colt had become incorrigible womanizers of the worse kind.

It had been five years since she’d seen him last, and that had been at Colt and Cinnamon’s wedding. At the time it seemed odd that Colt had thrown in his bachelor towel to settle down to marital bliss, while Robert appeared destined to stay in hot pursuit of the next available woman forever. It had been highly rumored the morning after the wedding that he and one of Cinnamon’s bridesmaids had engaged in a tryst the night before.

She wondered if at thirty-six he was still the playboy wonder, enjoying whatever conquests life tossed his way or if he’d settled down with a steady woman in his future. And from what she could tell, it was a pretty bright future filled with wealth and power since he’d formed Noble Technology, which was hailed as the largest black-owned computer software company in the United States. Regardless of the fact that he had probably broken a lot of hearts while climbing his ladder of success, she was still proud of the fact that like Colt, who owned a massive engineering firm, another hometown guy had done well.

And Robert didn’t mind sharing some of the wealth with the little guy like herself. She had been delighted to get the call from his secretary last week to say he had purchased what used to be the Potter’s Estate and wanted to hire her as the interior designer to do a makeover of the place. With the economy being the way it was, she could definitely use the business.

At that moment her cell phone went off and she was glad she was about to bring the car to a complete stop. She would not have wanted to maneuver driving up the steep hill while talking on the phone.

She clicked on the line. “Hello?”

“Where are you Roxie?”

Although she hadn’t heard that voice in a while, she would have recognized it anywhere. She couldn’t help but smile at the sexiness in his deep tone. It seemed some things got better with age. “Robert?”

“How are you?” she asked. “And as to where I am, I’m in the driveway of the Potters’ Estate, parked next to another car, which means your secretary is probably here already. Are you calling from Orlando?”

She knew he was living in Orlando now and so far his secretary had handled all the communications between them, although she was yet to meet the woman. However, she had spoken to Hazel Norwood several times and yesterday Ms. Norwood indicated she would be flying in for today’s meeting to give her the specifics as to what Mr. Noble wanted done to his new home. He had purchased this one to use as a secondary home to be close to his parents who still lived in town.

She did and there he was, standing propped against the frame of the front door. Of their own accord, her eyes roamed him up and down and took great pleasure in doing so. He looked good. No he looked better than good. He was exuding so much raw masculinity that it had her inhaling and then exhaling. He was impeccably dressed in a dark suit, white shirt and printed tie; the epitome of a very successful businessman. And besides all that, he looked hot. The yummy dark chocolate kind of hot.

“Aren’t you getting out of the car?” he asked, and she watched as a smile curved his lips.

Oh yes, she intended to get out and was glad she had taken pains with her appearance today. This was certainly a surprise since she hadn’t expected him to be here. “Yes, I’m getting out, hold your horses,” she said grinning, before clicking off the line and putting her cell phone away.

She tried slowing down her breathing while at the same time recalling that no matter how far back their friendship went that this meeting was all business. He had purchased a home that he wanted her to decorate. Colt, knowing how bad business had been going for her lately, had probably recommended her and she was glad.

Opening the car door she eased out. Tightening the straps of her purse on her shoulder she began walking toward him and thinking Robert Noble was definitely a fine specimen of a man.

Roxie had certainly grown up, Robert thought, raking his gaze over her. For some reason his eyes kept going back to her legs. He didn’t recall them being so long before and so shapely. And then there was the rest of her wearing a chocolate brown skirt and a beige blouse. She had a cute pair of sandals on her feet with a leather purse that clung to her shoulder. Her waist was small, her hips curvy. He really shouldn’t be looking at her like this and thinking all kinds of salacious thoughts.

This was Colt’s kid sister for heaven’s sake. And although he’d heard from both Colt and his parents that she was now a divorcee, to him she was still Roxie—pain in the butt Roxie. But at the moment he was feeling pain in another part of his body. He straightened his stance before she noticed just how bad he was hurting. How long had it been since he’d been without a woman? Ten months? Mariah Beam’s false accusations of sexual harassment still irked him, although thanks to his attorneys he had been cleared of the woman’s charges. But still, her actions had taught him a valuable lesson.

He drew in a deep breath as Roxie got closer, right within his reach. She stopped in front of him and he was forced to study her features. She had beautiful caramel colored skin, dark brown eyes with lashes that were long and dark. And then there was her mouth with lips that looked like they were made to be kissed. He automatically extended his hand out to her.

The Rescue by Sophie McKenzie
Dead Reckoning by Kendig, Ronie
The Poisoned Chalice by Bernard Knight
On the Rocks (Pub Fiction Book 2) by Jones, Gillian
The Future Has a Past by J. California Cooper
Last Son of Krypton by Elliot S. Maggin
ROMANCE: Trapped on Ice Planet: Science Fiction Romance - A Sci-fi Alien Invasion Warrior Romance Thriller Story Book (The Adventure of Leila and Auzo 1) by Selena Bedford
The Shadow Men by Christopher Golden; Tim Lebbon
A Race Against Time by Carolyn Keene
Last Summer of the Death Warriors by Francesco X Stork
Our partner