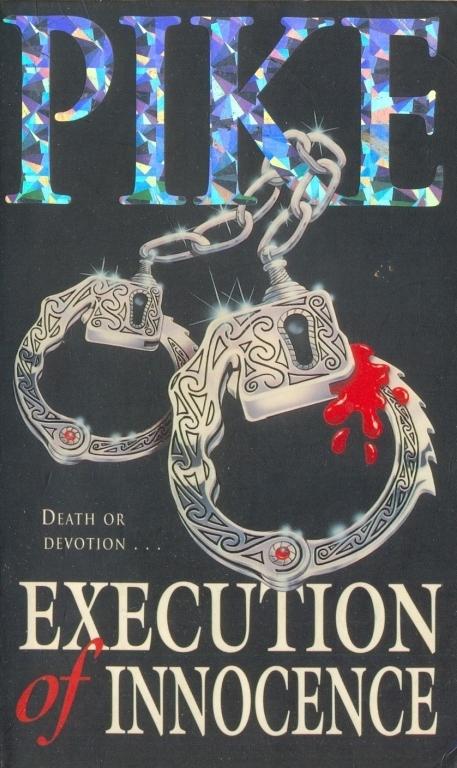 Charlie loved Mary. Loved her with all his heart. They were the happy couple, the one that people at school pointed to with envy.

But then Mary makes a mistake, a small mistake with another guy. And Charlie loses it, and someone dies. Now Charlie is a hunted man and Mary is an outcast. But what really happened that dark night, when love and rage shook hands on a deserted street? Only God knows, and maybe Charlie.

It was a place of lies. The police knew that from bitter experience. A gray cubicle with glass for one wall and a locked door for another, it was, for lack of better words, called an interrogation room. The young woman who sat across the beige Formica-topped table from Lieutenant David Sharp and Lieutenant Steven Riles looked as if she had already been interrogated by the father of all lies and copped a plea signed in warm blood. Yet both cops, even before they gently but thoroughly tore into her, wanted to believe Mary Dammon, largely because she looked so hurt and so cute. Pain and beauty in the same package—always a bestseller, even with cops as weary as Sharp and Riles.

Sharp was the young sexy one, Riles the doughnut eater pushing the fabled fat forty. Sharp often smiled and flexed his deceptive dimples as he asked the good questions. Riles had gut instincts inside his beefy homegrown Oregon body. Both were what are called good cops. They respected the law, and more importantly they respected the half of the world who didn't carry guns. Yet they were both cynical: Riles with plenty of reason; Sharp, perhaps, from the company he kept. Of course there was the body of the eighteen-year-old kid down the hall, the one with the .38 hollow point slug in the right eye and the gray gook oozing out the back of his head. One look at him lying on a slab and staring up at St. Peter’s pearly gates and most people would have gotten cynical really fast. Richard Spelling had been an all-American blond with good grades and a rich Daddy who was not only well connected, but also insisted on getting what he wanted. Yet this same impatient Daddy was presently waiting in the hall with his sole surviving child, a daughter, Hannah, and all Mr. Spelling’s connections could not get the blood out of his son’s eye.

Sharp and Riles had already exchanged bitter words with Spelling. The guy had yelled at them simply because he was the type of rich man whose soul had shrunk in direct proportion to the growth of his bank account. The two detectives had wanted to speak with Hannah and had insisted he not leave with her until they had. Sharp and Riles planned to tackle Hannah in another interrogation room, but first wanted to get to first base with Mary—legally speaking. But Hannah would have to speak to them because it was her brother who had been murdered. Both cops could still hear her cries in their ears after she had gone into hysterics when her father identified the body. She seemed to be calmer now, sipping a Coke and listening to her father's soft swearing.

Mary held the men’s full interest now, though. She was not a truly beautiful girl, not by the standards of current magazine covers. There were slight imperfections to her features; her button nose seemed intimidated by her wide mouth and her dark brown eyes were large and deep but not perfectly matched. Yet the unusual combination still worked, and then some. She was the kind of girl that boys old and young alike wanted to hug. The overhead light was hard and white, not intended to bring out the best in any human being, but it could not dull the shine in her brown hair. Yet this same hair was dirty, and stained, too, dabbed with something wet—maybe blood, they couldn't be sure.

Before the cops even began to question her, they thought Mary might be hiding something. She looked down too often, and down was the direction of the devil. If Mary did have something to do with Richard's bad right eye, then maybe she was contemplating how murderers burned in hell.

Lt. Sharp cleared his throat after finishing the introductions. Beside him Lt. Riles sipped a cup of acidic coffee and tapped on the black wire leading to the cassette player that turned mercilessly between them and Mary. The young woman had waived her right to remain silent, without their even reading her her rights. Mary was not under arrest, not yet, but her parents were on their way to the station, from some place out of town.

“Before we begin,” Lt. Sharp said, “can we get you anything to drink?”

Mary shook her head. “No thank you.”

“Are you tired?” Lt. Sharp asked. He had to ask. Mary’s physical and mental state at the time of questioning could later be a major issue. Mary kept her answers short, her voice soft and weary.

“I'm all right,” Mary said. She was dressed simply, jeans and a heavy red sweater. Her makeup was understated, just a bit around the eyes. Most of it washed away by tears.

“We understand you were good friends with the deceased, Richard Spelling?” Sharp asked. Richard's father had already told them as much. Mary shook her head.

“Did you date?” Sharp asked.

Mary shrugged. “Once or twice.”

Riles interrupted. “Was it once or twice?”

Mary considered. Her eyes took on a faraway look as she did, but they were not unfocused. She was not in shock, she was thinking.

“We went out two or three times. But only once was a real date.” She paused. “He was a nice guy.”

“But he was not your boyfriend?” Sharp said.

“Do you have a boyfriend?”

“Charles Gallagher.” A quiver of her lower lip. “Charlie.”

“You have no idea?” Sharp asked. Mr. Spelling made it clear that he believed this Charlie had killed his son. He was sure of it, in fact. Mary stared straight ahead.

“When was the last time you saw Charlie?” Sharp asked.

Sharp glanced at his watch. It was three-fifteen Saturday morning.

“I said goodbye to him around nine.” She shrugged. “We had pizza together at the Pizza Palace.”

“Then where did he go?” Sharp asked.

They had already sent a car to Charlie’s house. He was not there. Sharp told Mary as much and got no reaction. He leaned forward while Riles sipped his coffee.

“Did Charlie say he was going home?” Sharp asked.

“Why? I mean, it was Friday night? Why was he going home so early? Why weren’t the two of you staying out longer?”

A long pause. “He said he was tired.”

“Can you say exactly what time he left the Pizza Palace?” Riles asked. Mary was wearing a watch.

“No. It was just around nine.”

“Are you worried about Charlie?” Sharp asked.

“What are you worried about?” Sharp asked.

She looked down. “You say he’s missing. It’s late. Shouldn't I be worried?”

“I suppose,” Sharp said. “How well did Charlie know Dick?”

“He knew him. We all go to school together.”

“You’re all seniors?” Sharp knew Dick had not only been a senior, but president of the school. A young man with a future except for that damn bullet in his brain.

“What was Charlie and Dick's relationship?” Sharp asked.

“You know. Were they close friends?”

“Did they hate each other?” Sharp asked.

“Were they both interested in you romantically?” Riles interrupted.

Mary thought for a long time. “Dick liked me. But Charlie was definitely my boyfriend.”

“What we're asking,” Sharp said, “is if there was any jealousy between Dick and Charlie?” Mr. Spelling already said that was why Charlie had shot Dick, over Mary. But maybe Mary knew they had been talking behind her back. She studied Sharp before answering.

“You would have to ask them,” she said.

“We can't ask Dick,” Sharp said bluntly. “He’s dead, and Charlie is missing. I ask you again—was there jealousy between them?”

“Who was more jealous of who?”

“After Charlie left you at the Pizza Palace,” Sharp said, “what did you do?”

“I ran into Hannah and Dick.”

“At the Pizza Palace?” Sharp asked.

“Did they see Charlie?”

“They came in after he left?”

“What did the three of you do then?”

“Did you leave the Pizza Palace with Dick and Hannah?”

“Did you leave with them in their car?” Sharp asked.

“No. Hannah came with me. Dick went off by himself.”

“Did you see Dick again, later?”

“How did that happen?”

“When and where?” Sharp asked.

“At the Crossroads. Around midnight.”

“What did you do with Hannah between ten and midnight?”

A shrug. “Just drove around.”

“It could have been an hour.”

Sharp frowned. He was taping, he was not taking notes. But he needed neither with his excellent memory. “There is a big difference between two hours and an hour, Mary,” he pointed out.

Mary smiled faintly, maybe sadly. “Not on a Friday night.”

“Had any of you been drinking?”

Mary paused. “I was sober. But Dick might have been drinking beer, I’m not sure.”

“When you met Dick at the Crossroads,” Sharp said, “did you smell beer on him?”

“This was at midnight?”

“What was he doing there?”

“Just sitting in his car.”

“He’d talked about going out there.”

“What did you guys do there?”

“You must have done something?”

“We talked, walked around a bit. We didn’t do much.”

“How long were you there?”

“Did you all leave together?” Sharp asked.

“No. Hannah and I left together.” She paused. “Dick was sitting in his car when we left.”

“Maybe he was upset over you.”

“When you were there, did he talk about Charlie?”

“So about midnight you left Dick sitting alone in his car at the Crossroads?”

“Was he leaving? Did he say he was leaving?”

“We thought he was.”

“Was that the last you saw of him?”

“Hannah and I just drove around for a while. Then later we ran into Deputy Howard in town and he told us about Dick.”

“What time was that?”

“So between one and two you just drove around?”

“You two drove around a lot tonight. You and Hannah.”

“Is she a good friend?” Sharp asked.

“How did Hannah react when Deputy Howard said her brother was dead?”

“Howard didn’t tell us anything. He just said we were to come down to the station.” Mary paused. “But Hannah freaked when she heard her brother was dead.”

“The two were close?”

“But not identical twins,” Riles muttered.

Mary stared at him as if he were an idiot. “No. They’re not identical—they can’t be. One's a guy and the other’s a girl.”

It was Sharp's turn to sigh. “Mary, you know Dick is lying down the hall with a bullet in his head. Do you have any idea who might have killed him?”

“Could Charlie have killed him?”

“How can you be so sure? Dick is dead and Charlie is missing.”

Mary swallowed. “Charlie is a nice guy. He couldn't kill anyone.”

“He's the richest man in the county,” Riles muttered.

Mary scowled at him. “Does that make him an authority on my boyfriend?”

Sharp spread his hands. “Charlie will not be found guilty until he is proven guilty. We are questioning you because we don’t want to make snap judgments. But we need more facts, Mary. Does Charlie own a gun?”