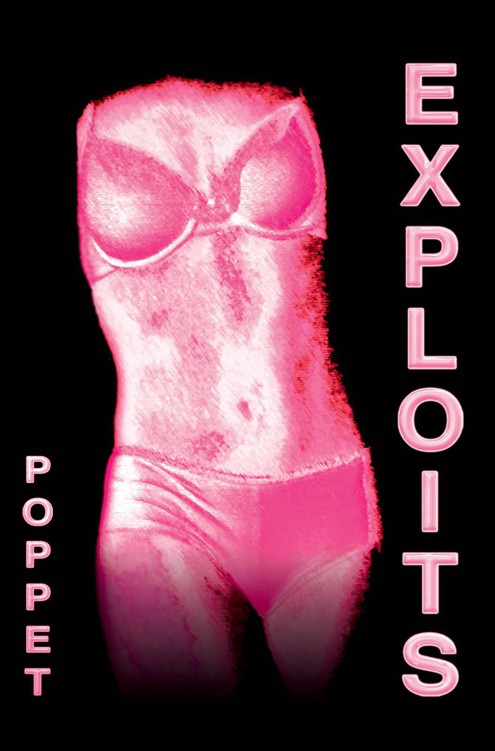 All rights reserved. No part of this book may be reproduced, stored in a retrieval system or transmitted in any form or by any means without the prior written permission of the author, except by a reviewer who may quote brief passages in a review to be printed by a newspaper, magazine or journal.

This book is dedicated to Mrs Walker

You're the best friend a girl can have

The one thing I was always afraid of, in the sack, was being a sack. I have no idea where this notion came from, but it was omnipresent. I was a good girl. I was more scared of teenage pregnancy, than the act involved. But, I'd heard only good things about doing the dirty.

So, I made it almost all the way to twenty before I took the plunge. (
I took the plunge? That sounds wrong.)
Lucky for me, I was a good girl. I had absolutely no intention of having shenanigans the night I did. I discovered a few months later fromthe girlfriend he had whilst simultaneously dating me
-
(
nice one, I sure can pick them
)–
that
she
caught crabs and vaginal warts from him.
Strike one on the first go.

Thank heavens I didn't keep dating
him. Poor girl dated him for months and caught all of those nasties. Now I know where ‘creep’ comes from. They give you STDs that creep and crawl and freak you out. He was obviously cheating on her too. For months.

Right, so um, I thought this was a normal progression. I'd seen a few dirty movies and there was always lots of heavy breathing involved. Naive me, I had no idea this was caused by the sheer body weight of the male participant forcing the air out of you. Oof, breathe!
Oof, breathe!

Yep, I had morphed into a hefty pair of bellows. I was young enough to care, so I insisted Mr Crabs
‘teach me’. He had no intention at all of doing any such thing. Don't men get that we aren't programmed to be a femme fatale? It's not hardwired. It's something we hone, like a skill. Same with cooking. Don't assume we just know what the heck we're doing.

Oh, and just for the record, nothing I'd heard about doing the dirty was vaguely accurate. So I dumped the cheating, lying, conniving bastard and went on
an ‘I hate men’ mission. They could buy me as many drinks as they liked, it wouldn't make a fudge of difference.

Then .... fate walked through my door. I was in my first employment. Footloose and fancy free. Loving life. It was a huge
adventure. And I was a good girl desperate to break a few rules. My good friend Adelle phones and convinces me that we have to house-sit a home together, not too far from work.

"How did you arrange this? Whose house is it?"

"Oh come on! I can't do this alone. It was arranged for a model Alan works with, but he's got a photo-shoot."

My mind is already dancing the happy dance: FREEDOM
.

"Okay, but you're buying the booze!"

Wait! Adelle: I must tell you about her. We've been friends since the sixth grade. She was my first friend to smoke. She started in the sixth grade, smoking her dad's cheroots. She and Alan were already having sex by grade nine, bumping uglies as often as possible
.
He would sleep over and sneak out of her bedroom window in the morning
-
(and they are still together), bumping uglies as often as possibl
e
. She was wild. No scratch tha
t–
insane! Good thing Adelle loves him; he works with models and she has moments of insecurity. Anyway, he hobnobs in the right crowd, so this house-sitting gig in Fresnaye should be fun.

I waltz into the kitchen, my long blonde hair all over the place. This old house is colder than the morgue at the winter solstice, hence my nipples protrude without subtlety against the white T-shirt I slept in. But that's okay, because Adelle is twice my size and her boobs are the biggest I've ever seen. It's a tiny room for a kitchen. A miniature of the farm-style type. I guess that models don't have to cook. They live on carrot sticks and champagne don't they? Well, no one could serve a family from this little nook.
I know. I've helped Mom cook enough meals.
But the fridge, that's plenty big enough for carrot sticks and champagne.

There's a really,
really,
dishy guy smiling at me; he's sitting in the kitchen at the pathetic square called an island. Down girl. Shit. I still have a nipple stand.

Adelle doesn't seem the least bit fazed as her udders jiggle around, unrestrained, in her
loose T-shirt. She grins at me, blue eyes twinkling in a brunette bob frame, and points at the dude, "Stef, this is Gary."

I smile.
What the hell am I supposed to say? This is
girls only!

She hands me steaming coffee in an
amber-hued mug. "He's an old friend of Al's."

Riiigggght!
I vaguely recall meeting him once when we went to play pool. So basically this is the first time he's making an impact.

Hey dude: keep
your eyes on my face! Look out the window. Not fair. You're unannounced.

I decide I should say something. I look at blondie, with the death-by-grin, grin. "So what are you doing here?" Wait, that sounds rude. "So early?" I
add. Gulp.

I’m folding my arms trying to hide these erect nipples that
have nothing to do with his blue hypnotist's eyes. It's called
‘Co
ld as the Mausoleum Syndrome’, okay?

Darn, that smile is naughty
.
He's aiming it at me and he's shooting to thrill.

"I'm looking after you."

I give him the
, ‘I can look after myself just fine thank-you-very-much,’ stare. It's a challenge. I dare you to say I need a man! To quote Adelle. A woman needs a man, like a tree needs roller-skates.

Oh
, be still my rioting heart: he's just pushed his sleeves up. That darn white knitted shirt of his is just clinging to defined arms and ripply shoulders. Those forearms. Phew, hang on, I just need to breathe for a moment; coming over all weird.

Okay, you can stay a
s
loooon
g
as you like, handsome.

Wait
. If my mother finds out a guy is staying here I am dead. DEAD!
Hung and flogged in public until death do I depart.

He shoots those steaming eyes, brimming with ‘I want to do bad things to you’ at Adelle, "So baby, what are we doing today? It's Saturday!"

Swoon
. He makes it sound like it's our last day on earth to do anything: the whole ‘now or never’ vibe. I am losing my will here. If he told me to crawl around and snort like a pig, I'd probably do it.

Adelle is the most conniving, manipulating, best friend, ever!

"Let's have the guys over. Play some coinage or something?"

It's seven-thirty in the morning and these people are already planning our let's get shit-faced day? I need to brush my teeth. And put a bra on, dammit.
Guys? What guys?

They both look at me expectantly. I shrug. Miss Cool.

"Gary you go out and get what we need for lunch, I'll cook. And get shooters while you're at it."

He stands. Whoa! This is a sin.
No one
is allowed to look that scrummy in plain blue jeans. He's lean
and
muscly in all the right places, with a real gladiator ass. He gives me a cocked eyebrow as he picks up his keys, "Be good while I'm gone."

I can't breathe. My insides are trying to climb out of my throat. My heart's pounding. (Is it obvious?)

I had no idea, right there and then, I submitted. This boy was going to do very bad things to me. He would turn the sack into his own version of the Pussycat Dolls. And I would wear stilettos and corsets, doing the Kama Sutra,  willingly.

It's March. Summer in Cape Town is just magical. Although I went to a snob school and hung out in the snob crowd, I personally prefer the surfer type. Adelle has always been my most relaxed and rebellious friend. It's normal for her to hang out with older guys; she’s used to drinking, smoking, and chilling. Me
,
however, I'm realising that I've lived a fairly sheltered good-girl existence, up until now.

Oh dear. Being a closet nerd leaves you unprepared for hardened drinkers. Who, by the way, are expert at bouncing a coin into a shot glass, even when slurring words. They are all
gunning for me.

Every coin ends up with me downing the creamy Amarula alcoholic beverage, which I am washing down with apple cider. I've got that warm
buzzzzzzzzz
just humming through my veins. I'm kind of on diet, so I haven't eaten very much today. Anyway, I can't eat when I'm feeling self-conscious, and Gary has been here
all
day. So this stuff is just smacking me around like Mike Tyson with a midget.

Magically, Alan's photo shoot ended early, and he's pitched up in time for dinner
.(
What happened to two weeks?) Gary's friend Charl, who reminds me of Al Bundy from 'Married with Children'
,
is also staying the night. So now we're short on beds, there are only two double beds. Talking of double, darn now I have to down three?
Hey! This isn't fair.

Woooooooo! I am going to bed. I can barely focus. What was that? Gary will sleep with me, Charl in the lounge, Alan with Adelle. Fine.

Hang on a sec!
Gary is sleeping with
me
?! In my bed? Um ... shit!
Now I'm sober as a druggie on the twenty-eighth day of rehab.

It's somewhere around 3:30 a.m. and I'm still wide awake. I'm pretending to sleep, but I can't. He is a foot away from me and it's all I can think about. He's been making moves on me all day. I know he manipulated his way into my bed. And now
we're ‘sleeping’?

Not to
mention this old creaky house is just creepy. Absently I examine the pressed ceiling above the bed, reflecting moonlight off the perfect white paint. All of the old houses are overly decorative. It's taken for granted in this moist climate that everyone has wooden floors and window frames. All of these old houses have gigantic rooms that a normal double bed looks pathetic in. I don't like the old houses. They just seem sad and lonely to me.

Flippenheck, scare me why don't you!

Eyes are watching me. "Can't sleep either, huh?"

Drácula by Bram Stoker
How the Beatles Went Viral in '64 by Steve Greenberg
Mail Order Brides: A Bride for the Banker (Bozeman Brides Book 1) by Emily Woods
This Day All Gods Die by Stephen R. Donaldson
Shaping the Ripples by Paul Wallington
Last Call by David Lee
Hot Toy by Jennifer Crusie
To Brew or Not to Brew by Joyce Tremel
The Thought Pushers (Mind Dimensions Book 2) by Dima Zales, Anna Zaires
Envious Moon by Thomas Christopher Greene
Our partner