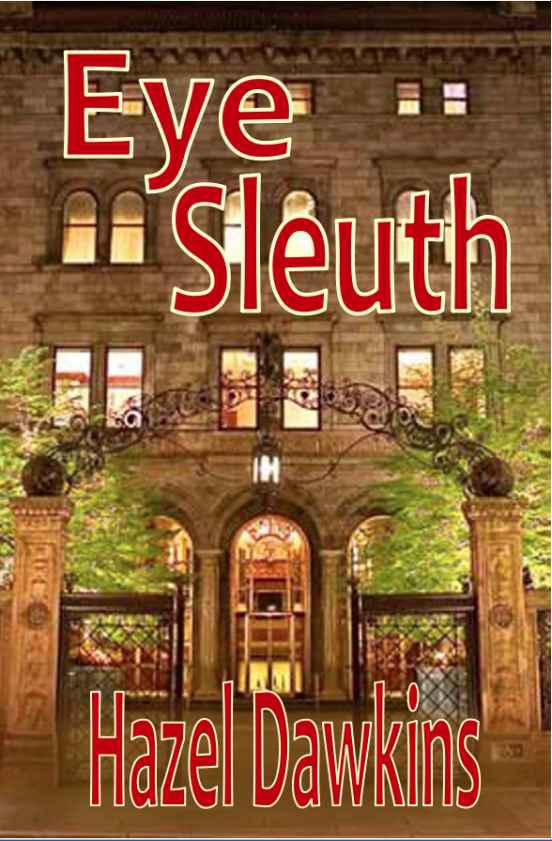 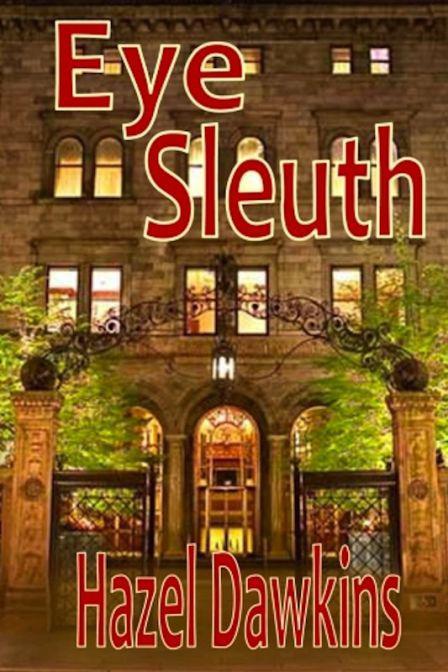 All rights reserved. No part of this book may be reproduced or transmitted in any form or by any means, electronic or mechanical, including photocopying, recording, or by any information storage and retrieval system, without the written permission of the author, except where permitted by law.

This is a work of fiction. Although many of the characters are real practitioners of behavioral optometry or associated in some way with this optometric specialty, some of the characters and most of the events are inventions of the author.

Sketches throughout the book by A. Mitchkoski

Note to readers: recipes may be found near the end of the book.

My deep gratitude goes to the many people who have been so generous with their help and expertise.

Dennis Berry, with whom I collaborated on Eye Wit, the second Yoko Kamimura mystery, was untiring and valiant with help when it came to resolving issues about this book, Eye Sleuth, the first Yoko Kamimura mystery. Whatever the problem or question, he always found answers and shared valuable information with speed and grace. I thank him for his expertise and many kindnesses.

Special appreciation goes to Aggie Mitchkoski, for her willing and expert assistance at many levels, from editorial sleuthing to taking the photograph for the jacket to creating the sketches that open each chapter. Aggie also rescued me from my bewildered wanderings on the Library of Congress web site when I was trying to register the copyright.

Dr. Gus Forkiotis and Dr. Bob Bertolli were very encouraging from the start, although they told me they were worried that I would drastically reduce the number of practitioners because of the murder and mayhem in Eye Sleuth.

The eagle eye of Dr. Earl Lizotte, who doesn’t usually read mysteries but who was persuaded to do so, caught some technical errors, for which I am most appreciative.

Bob Williams, the Executive Director at the OEP Foundation, was always willing to respond to my queries even though he has a demanding job and travels a great deal. I am grateful for his help and support over the years, ever since the initial publication and various updates of my factual book on behavioral optometry, The Suddenly Successful Student & Friends.

My life was made smoother, despite hours of sitting at the computer, by sessions of the brilliant, restorative shiatsu of Maribeth Dawkins.

Some years ago, I took the first draft of Eye Sleuth with me when I visited Pam, my brother John’s partner, in England. She read it with interest. “Oh,” she said when she’d finished. “I think you’re on to something.” That was encouragement indeed.

Thank you, one and all. 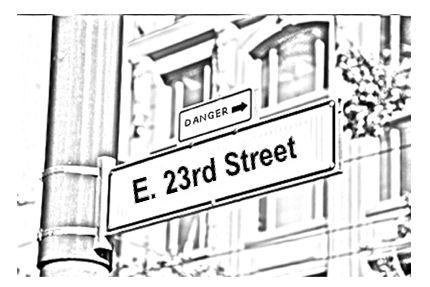 Lunch was all I had on my mind when I walked out of the building where I work into the spring sunshine flooding downtown Manhattan. An early lunch to help make up for the breakfast I'd skipped because I overslept…again. The sidewalk was a swift stream of people dodging each other in search of fast food. I headed for Lexington Avenue but stopped abruptly when someone tugged my arm and called my name. Startled, I turned to see a woman I didn't know. She spoke, her voice so low I strained to hear her.

The stranger spoke again and this time I heard her clearly but before I could say a word, there was an ear-shattering burst of sound and the stranger lost her hold on my arm. Stunned, I watched, unable to move, as the life began to drain from her eyes. Her body fell away from me in a macabre arc. I've lived in New York all my life but I've only heard gunshots at the movies yet I knew with grim certainty the staccato burst of noise had been bullets blasting the stranger to the ground. The crowd scattered, leaving me staring down. The woman was still, her eyes aimed sightlessly at the sky. Panicked, I looked around wildly. Where had the bullets come from? A crazy boyfriend or a gang war?

I desperately wanted to run and hide, to scream for help, but I was frozen in place, filled with high anxiety. Gulping air, I tried to think but couldn’t. My eyes were riveted on the woman lying on the sidewalk. Her glossy black hair haloed her head on the grimy cement and a spatter of blood welled up on her silky white blouse. Sickened, I closed my eyes to blot out the sight but the after-image on my retinas was horrific. Bitter saliva flooded my mouth. The woman had tugged on my arm, had spoken my name, but I didn't know her. All I knew for sure was that she'd warned me of danger and that her heritage was Japanese. Like mine.

The stranger’s warning circled in my mind, a maddeningly endless loop. “Ki o tsukenasai. Kiken-desu.” I knew enough Japanese to understand she’d said, “This is a warning, there’s danger.”

What did she mean? What was the danger? Why would a stranger come up to me on the street and warn me about danger? Was someone about to gun me down too? I opened my eyes and looked around nervously. People on the other side of the street were standing and staring. Even the traffic had halted. Horns blared and drivers were leaning out of their windows yelling and craning to see what was going on. As suddenly as the gunshots had come, the scene changed. Cars started to drive off slowly and people began walking away. On my side of the street, the space around me and the stranger on the ground was a strangely empty circle, no one wanted to step near where I stood by the woman lying on the ground.

Was my problem that I'd been in the wrong place at the right time? Did the stranger think she knew me? I squeezed my eyes shut again but couldn’t blot out the scene from my mind’s eye. Cautiously, I opened my eyes. Nothing had changed. A woman lay on the sidewalk on East 24th Street, a dead woman unless I was mistaken. A few morbid souls edged back from the safety of doorways to stare curiously. I definitely lost my cool. I almost lost the breakfast I hadn't eaten.

I’m Yoko Kamimura, third-generation Japanese American born in the U.S., that makes me Sansei. The woman sprawled on the sidewalk looked about my parents’ age, Nisei, the second generation born here. Or was she freshly arrived from Japan? Later, when the police questioned me, it dawned on me that although she’d spoken Japanese, the stranger’s accent was more that of someone brought up in the U.S.

I’m an optometrist, not what you normally consider a perilous line of work. If you want to talk about peril, I was living in Manhattan on 9/11. When the Twin Towers were hit, I was over a mile away, but no one in the city escaped the horrendous fallout. That cataclysmic event sent shock waves across the country. Now, years later, time has helped to leaven the searing memories but the terror of it flooded back as I stared at the woman lying motionless on the sidewalk. Then I swear I saw the woman’s blouse flutter slightly. Was she breathing? Had she survived? Bending over the body to check for a pulse, I heard a familiar voice.

No pulse. Reluctantly I removed my fingers from the stranger's neck and looked up at the man who'd pushed through the crowd gawking at the woman on the ground. It was Allan Barnes, the IT guy from the office next to mine. Before I could speak, Mike, the head security guard, a tall Jamaican with the buttered vowels of the Islands, came hurrying out of the college.

“Dr. Kamimura, are you all right?” Mike took a long hard look at the body on the sidewalk, stretched a strong arm protectively in front of me and started talking into his intercom. Fending off voyeurs, he guided me into the lobby. My legs moved stiffly, my face was rigid. I was a walking robot. Until a car backfired and I jumped inches in the air, clutching Mike, clenching my jaw to block the scream in my throat. Damn, what happened to the calm woman of science I think I am?