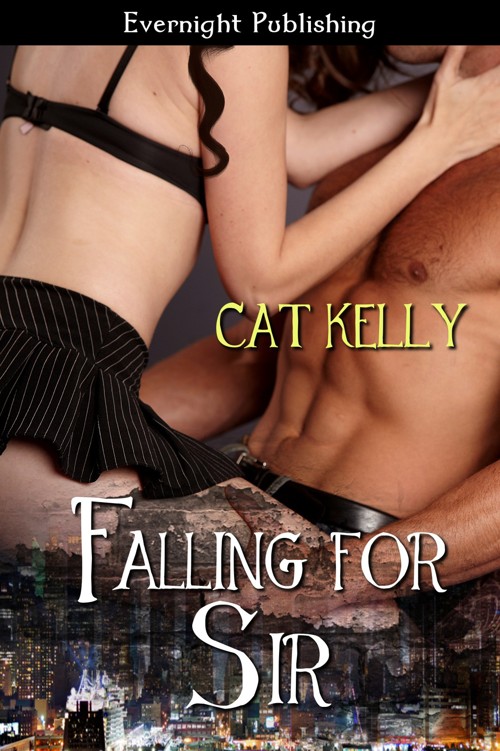 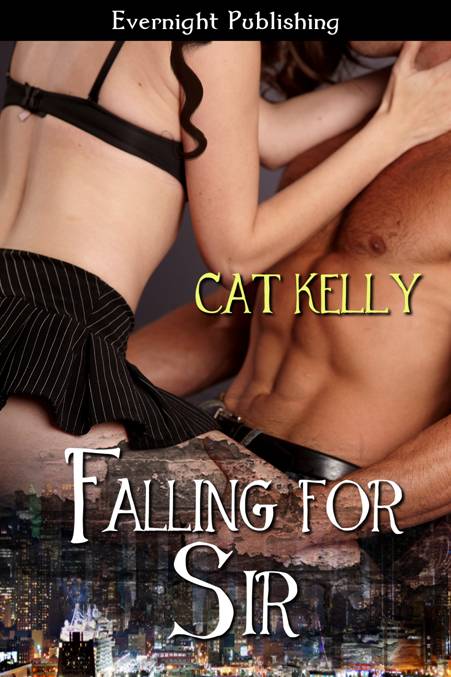 Funnily enough, for an inexperienced tomboy from
the sticks, Marianne wasn't too nervous about the sex auction, until they put
her into the polished claws of "Madame Sylvie". The auctioneer at
this event reminded her of an old geography professor from high school, beyond
her retirement but still working to pay the bills and punishing everyone else
for it.

"Your lipstick must always match the shade
of your labia," the tyrant instructed sternly, dabbing at Marianne's mouth
with a soft tissue. "Nipples, mouth and pussy should all be a matching
shade of blush."

Jeez. And she thought
she
was picky.

While the other women were dressed in black
lingerie for tonight's event, Marianne, the new girl, was to wear only white
bra and panties, with her hair loose. It was, she guessed, to symbolize her
status as a newcomer. A lamb to the slaughter.

Now, Madame Sylvie, the expressionless woman
charged with her preparation for the debut, crouched before her and twisted the
crotch of her lace panties to one side. "Let me see if I have the shade of
pink correctly adjusted."

She stood very still, but for a slight wobble on
her high heels, and tried not to feel all the other eyes upon her. May as well
get used to being on parade, she mused. Must remember why she was here. What
she came here to do.

Plain and simple, Marianne Miller, at
twenty-three, had never had an orgasm that wasn't administered by her own hand
and she was bloody bitter about it. She was so annoyed by it, in fact, so
frustrated by her predicament, that she was willing to try anything. As a
result, here she was tonight, struggling with every fiber of her being to put
up with the terse commands spat out at her by a gimlet-eyed, fat-lipped,
bony-armed, heavily-embalmed creature in jackboots and rubber corset.

After a tense moment, the woman stood again,
took a small compact of lip color out of her purse and used a brush to paint
Marianne's mouth a little rosier after all. Apparently her pussy lips were
pinker than the frosty commandant expected.

"Better." She clicked the compact
shut. "And don't forget, tonight, and whenever you attend a Club event,
your name is Claudia."

The woman stared at her. "Are you chewing
gum?"

"I hope not. We don't chew gum here. This
is an exclusive club for adults, not a spring break beach barbecue." Those
hard eyes stared out from a face pumped full of Botox and surgically stretched
to prevent any expression beyond mildly stunned. It was as if the woman wore a
mask of flesh. Sad, really, that she'd gone to such an extent to preserve a
facsimile of youth and yet ended up looking like Hannibal Lecter wearing his
victim's skin. "Is there some joke you wish to share, Claudia?"

"Are you sure? You don't seem to be taking
this very seriously."

"Oh, I am." But Marianne had a feeling
she was about to laugh. About to mess up. Royally mess up. It was a little bit
of nervous laughter, but mostly a grim sense of humor that wouldn't allow the
surreal ridiculousness of the situation to pass her by. But whatever the reason
behind it, a sudden chortle wouldn't be any more forgivable.

The woman's eyes moved from left to right with
no corresponding movement from her brows. She reached out and plucked
Marianne's nipples out of the lacy bra cups.

"Nipples must always show above the bra and
they must remain hard. Do you need ice?"

She swallowed again as Sylvie twisted her
nipples and tugged on them, making them long, the dark areolas puckered,
appearing like half-moons above her bra. "I think I'll be ok," she
mumbled.

"If they do not remain primed, find a way
to rub them with ice from the bar. But do so discreetly." The woman walked
around her, thin heels clicking on the parquet flooring. "To you the club
members are all addressed as
Sir
. And
keep your gaze downcast at all times." As she said this, Madame Sylvie was
tying Marianne's hands behind her back with pink ribbon.

It had already been explained that she was not
to touch anyone, but they could touch her. No penetration was allowed by the
clientele, however, until the auction was over and then the winning bidder
would take her to the bedroom upstairs.

Sylvie's eyeballs swiveled up and down. "I
suppose you'll do."

Finally came the masks. The
actual
masks, made of silk. All the women and men participating
wore eye masks.

Marianne, with her usual habit of dissecting
people and their reasons—especially when they tried to keep them from her— had
already concluded that sex with strangers kept these people sane, stopped them
from gradually imploding from all the built up stress of their daily lives.
They were there for the forbidden pleasure. For the freedom of exploring their
fantasy and being someone else for a while.

Having tried just about everything else in her
hunt for the elusive orgasm, she was desperate enough to submit to this
experiment. Would some people view this as allowing herself to be degraded,
putting her brain on hold and turning herself into a sex toy? Maybe. But she
had to find out if it worked for her. Until she discovered the key to her
sexual happiness, Marianne wasn't ready to feel complete, to declare, with no
equivocation, that she was an enlightened modern woman. When it came to sex,
she still felt like the "before" demonstration in an infomercial,
shot in black and white and with a big 'x' through the center of the screen.
She'd reasoned with herself by looking at her lack of an orgasm as a bothersome
mark on the bathroom tile. If various cleaning methods hadn't worked to get it
off she wouldn't just leave it there, would she? She'd try anything.

Clearly she needed something kinky to get her
blood hot and make her pulse race, and preparing to be displayed for a sex
auction was, so far, giving her quite a thrill. More than anything ever had.

One former date at home in Foxtail—a tiny blip
on the map of Vermont—had suggested she might want to get "looked at"
in case she had a problem "down there", just because she couldn't
orgasm with him.

"Yes," she'd replied, "my problem
is you, imagining that tiny dick is going to do anything for me."

Oddly enough, he never called her for another
date.

Most boys seemed to avoid her clit completely,
with the same deliberate ignorance as they would treat an embarrassing drunken
relative at a wedding reception. If she led them to the right area, they
fumbled at it as if they had a quarter stuck in a pinball machine. They still
didn't manage to make her bells ring and before she knew it, once they'd put
their beer down long enough, they'd had their jollies and that was that.

After she moved to the city recently, her new
workmates insisted on taking her out one happy hour. While confiding and
bonding over dirty martinis at The Olive Garden, Christie and David had vowed
to help her do something about her situation. At the time, with the typical
intensity of someone who'd drunk too much, she was extremely and tearfully
grateful to her new best friends. Later, sobered up, she'd very much doubted
that soccer mom Christie and proudly gay David would be able to help her situation.
She assumed they'd forget it—she certainly wanted to forget she ever told them—
but the next day she found a card left on her chair, tucked under her desk.
Four silver words screamed out at her from the small, ebony rectangle.

There was a phone number on the back, but
nothing else. No website, nothing to tell her what it was about, so she could
only guess. One of her cocktail buddies must have left it there for her.
Marianne's imagination went into overdrive.

Sex with strangers in some seedy club? At first
she was appalled. But the more she thought about it, the more the idea settled
in, taking over a dark, back-alley in her mind. It grew there like a fat toad
waiting to catch unsuspecting bugs that passed within striking distance of its
tongue.

Eventually, out of sheer curiosity and a fair
amount of desperation, she plucked up courage to call the number on the card.
They'd invited her in for a preliminary interview, done a very thorough
background check, and apparently liked what they saw for she was called back
for a second meeting.