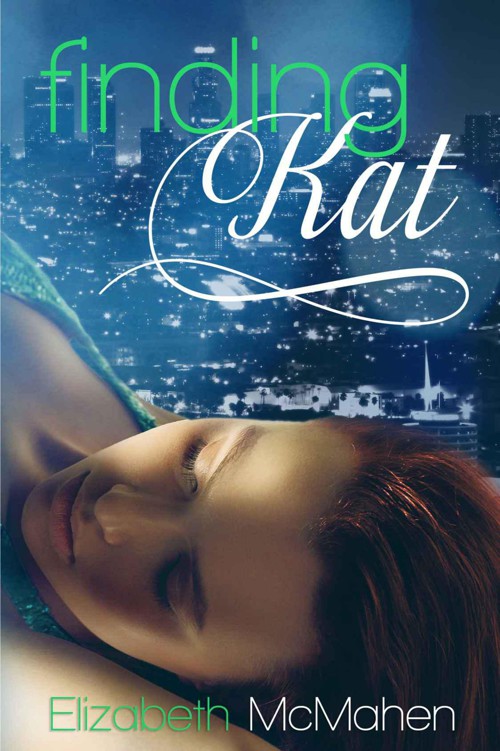 This book is for everyone who has had a dream that seemed impossible. The kind of dream that people look at you and laugh because they don’t think you could ever make it. This book is the proof that if you try hard enough and never give up you can do anything.

Copyright © 2014 by Elizabeth McMahen
All rights reserved. This book or any portion thereof
may not be reproduced or used in any manner whatsoever
without the express written permission of the publisher
except for the use of brief quotations in a book review.

Have you ever gotten lost before? So lost that you could search in every direction and nothing is the least bit recognizable. I had no way of knowing if I was ever going to make it back home, but I knew that I would fight to get back to everything and everyone I loved.

I remember this one time, when I was little and first getting into acting. I was doing a movie in a building in the middle of a studio. Every building looked alike. I wandered away from the set because I was mad at my mom about something. I walked and walked, not paying any attention to where I was going. I must have walked for at least thirty minutes before it occurred to me to look up and see where I was going. I found myself standing in the middle of an abandoned city. Probably a set used to avoid shooting in New York or some other bustling metropolis.

I was eight, old enough not to immediately panic and cry for help, and curious enough to keep going even though I should have turned back. I was a little in awe of this huge set. Buildings several stories tall as far as I could see, completely deserted. There was a silence that was so quiet, it was loud. I remember goose bumps popping up all over my body. It still gives me chills to remember the place that should have been so full of life, but was completely empty and silent.

I peeked in windows and opened doors. Once I got over the eerie feeling, I couldn’t ignore the excitement of being in this brand new place with no one to tell me not to touch anything. When I got hungry, I searched the cabinets in the kitchens of an office building and discovered bags of chips and bottles of water. I munched happily on the chips that my mom refused to have our housekeeper buy, though she snuck them to me occasionally anyway. I explored and played for hours in that deserted shell of a city content to just be alone and act my age. By this point, I had completely forgotten my mother and the argument we had. I had forgotten everything but this place where no one told me what to do.

I thought I heard someone yelling in the distance, but was too wrapped up in my fun to search out the sound. Soon the yelling became a name, and that name was mine. I sighed to myself, sad to have to leave this place I had found for myself where I could play and pretend to be anyone or anything I wanted. I was excited about the movie I was going to be in, but nervous about being in front of so many grown-ups. Especially grown-ups who might yell at me for doing something wrong. I tried really hard to always listen and be good but sometimes it was hard.

The voice yelling my name was much closer now and I called out in response. The voice called to me asking what was in front of me and telling me to stay put. I was surprised to see who the voice belonged to. It was Michael, the older boy that was playing my brother in the movie. He was about 16 and unusually quiet.

“I guess we have to go back now.” I said, frowning.

“Yeh, kid. They’ve been looking all over for you for the past hour.” He said putting his hand on my head.

“I guess it took mom a while to notice I was gone.” I said, completely unsurprised.

“Yep. She spent most of the day arguing with the director and producer about the number of lines you have. She only noticed you were gone when someone asked where you were when they needed to do a costume fitting.” He rolled his eyes.

My mom was his manager too. I’m sure he was used to her by now.

We walked back to the set talking about movies: our favorite that we had been in so far, the best actors, and the meanest. He had some pretty funny stories to tell.

When we made it back to set, I expected my mom to yell at me for running off or something but she didn’t. She just told me to get in the car because we were late for dinner with Dad. She didn’t say a word about it on the car ride to the super fancy restaurant or during dinner. The only things she said to me all night were reprimands about my manners and advice on how to play my character.

This incident was one of many in a list of incidents that showed me that my mother was different. That difference was cemented into my brain further when I acted in movies and TV shows where the moms were caring and funny. I loved my mom, but I wished that she were more like them. It didn’t take long to realize that she wasn’t ever going to change.

Looking back on my life so far, there’s a pattern of being lost and found. Losing myself in the roles I played, losing myself in an effort to appear perfect. I had always managed to find my way back before, but I hadn’t ever gone through something like this. My only hope was that somewhere there were people doing everything they could to find me because I sure as hell wasn’t having any luck finding myself.

“Sonofabitch!” America’s favorite girl cursed loudly and longly to herself.

I wasn’t supposed to say things like that in public. I had a carefully cultivated image to maintain, of course. I’ve made millions of fans fall in love with my sweet and down to earth characters. I loved my job, loved acting. Nevertheless, there wasn’t a day that went by that I didn’t wish I could play real parts, parts that required real talent and not just simpering sugar sweetness.

To all of America I was Katie Foster, the quintessential girl next door. In reality, I was just Kat. Lover of tattoos, (even though I didn’t have any) beer, and loud rock music.

My parents were a walking cliché of over involvement and living vicariously through me. While I moved into my own house at 18, that didn’t seem to stop them from interfering in any way they could.

I cursed them aloud again for saying I would come to this ridiculous party. I didn’t want to meet the next preppy asshole they decided it would help me to be seen with. I had plans to go to a concert tonight, my very first concert. My best friend had even managed to get us backstage passes. I could have gotten them myself, but I knew that word would get out about my plans to attend and then I couldn’t be anonymous. I was really looking forward to being just another face in the crowd.

An hour,
that’s it. Smile, wave, act wholesome, and try not to vomit. Easy.

“Darling! There you are. You look lovely!’ Her momager said aloud while her eyes said something else entirely.

My mother pulled me close and whispered “Smile. Remember your image. You should have chosen a color, any color, just not black.”

Yeah right. I'm here and not for long. I wouldn’t be caught dead in pink at an Occam's Razor concert. I’d probably be laughed out of the arena.

I mingle, and the hour I promised myself I’d stay passes in a blur of faceless people. I say all the right things and no one notices that I don’t mean any of the things I say. I know that no one is really looking at me. No one will notice that my smile is practiced and lacking emotion. They don’t care enough about my life to realize that I don’t like any of them but I am required to pretend to in order to maintain a good relationship so I can further my career.

13 Hours The Inside Account of What Really Happened In Benghazi by Mitchell Zuckoff
Claimed by Rebecca Zanetti
Derive by Jamie Magee
Substantial Threat by Nick Oldham
Relentless by Simon Kernick
Mercy by Dimon, HelenKay
Jack In The Green by Charles de Lint
The Silver Dragon by Jean S. MacLeod
Cavanaugh Judgment by Marie Ferrarella
An Unexpected Love by Claire Matthews
Our partner