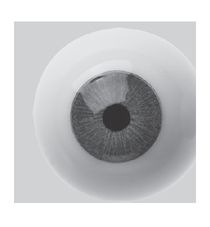 Assembly Line
In 1901, Ransom Eli Olds was the first person to use the assembly line, a manufacturing process in which parts are added to a product in a sequential manner to create a finished product much faster than with handcrafting-type methods, in a commercial environment. His product: the Curved Dash Oldsmobile. In 1901, the Olds Motor Vehicle Company of Lansing, Michigan, produced 425 cars and was the first high-volume automobile manufacturer of the day. Henry Ford of the Ford Motor Company in Detroit, Michigan, came more than a decade later with his conveyor (moving) assembly line and is often wrongly credited as utilizing the first assembly line.
Astronomer
Aristarchus of Samos (Alexandria), who lived approximately from 310 to 250 B.C.E., is often referred to as the “Copernicus of antiquity.” Considered the world’s first astronomer, he laid the foundation for much scientific examination of the heavens. Aristarchus suggested that the earth revolved around the sun and provided the first estimate of Earth to sun distance. He was also the first to propose a heliocentric universe with the sun at the center. Written from a geocentric point of view, his thesis on the sizes and distances of the sun and moon was a breakthrough in finding distances to objects in the universe. His methods, concepts, and laws of the heavenly orbs were used by later astronomers and mathematicians.
Athletic Club
The world’s first amateur athletic club, founded in London, England, in 1866 mainly for track and field events, was applicably named the Amateur Athletic Club (AAC). John Chambers, an Eton and Cambridge graduate, and noted Oxford 1-mile race competitor Victor Albert Villiers formed the AAC. They organized a “counter-to-the-Olympics” group and published the world’s first definition of an amateur athlete. The AAC did not define amateur and professional as we do today in terms of money or athletic profit; rather, its definition was mainly a question of social class.
Gentleman
and
amateur
were synonymous, while
professional
meant “working class.” The AAC declared that men who were mechanics, artisans, or laborers were de facto “pros” and were barred from all amateur contests, which were reserved for “gentlemen,” the ones who did no labor for a living.
ATM
On September 2, 1969, the first ATM (automated teller machine) opened for business, dispensing cash to customers at Chemical Bank in Rockville Center, Long Island, New York. This debut ATM, located in the bank’s wall and available for walk-up customers, was only able to give out cash after a coded card was inserted into a slot on the unit. Several industrious folks had worked on earlier versions of the ATM, but Don Wetzel, an executive at Docutel, a Dallas, Texas, company that developed automated baggage-handling equipment, is credited for conceiving and implementing the process for the modern ATM. Wetzel came up with the idea while waiting in line as a customer at a Dallas bank. The other two inventors listed on the patent along with Wetzel were Tom Barnes, the chief mechanical engineer, and George Chastain, the electrical engineer. It took $5 million to develop the ATM.
Automobile
The automobile as we know it today was not invented in a single day by a single inventor. More than 100,000 worldwide patents created the modern automobile. In 1769, the first vehicle on record to move under its own power was designed by Frenchman Nicholas Joseph Cugnot and constructed by mechanic M. Brezin. This first automobile was powered by a steam engine and was used by the French Army to haul artillery. The vehicle could reach 2½ miles per hour on its three wheels and had to stop every 10 to 15 minutes to build up more steam power. Its two rear wheels were about the height of the average man, while the front wheel was smaller and attached to the steam engine and boiler. In 1771, Cugnot accidentally crashed one of his vehicles into a stone wall, making him the first to get into an automobile accident.
B
Ballet
On October 15, 1581, the
Ballet Comique de la Reine
(
The Comic Ballet of the Queen
) was performed in Paris at the court of King Henry II and Queen Catherine de Medici for the marriage of the queen’s sister. This first ballet presented the ancient story of Circe, who had the magical power to turn men into beasts. The magnificent 5½-hour show was performed by entertainers and featured sets staged by Balthazar de Beaujoyeulx, a violinist and dancing master who was ballet’s first great impresario. He had come from Italy to be Queen Catherine’s chief musician, and to be sure the audience followed the storyline, Beaujoyeulx provided copies of the verses used in the ballet. The spectacle included instrumental music, singing, dancing, and spoken verse as well as spectacular costumes, scenery, and elaborate floor patterns created by lines and groups of dancers.
Ballpoint Pen
The first patent on a ballpoint pen was issued on October 30, 1888, to John J. Loud of Weymouth, Massachusetts. Loud was an American leather tanner and shoemaker whose invention featured a reservoir of ink and a roller ball that applied the thick ink to leather hides. The pen had a rotating small steel ball, held in place by a socket with its marking point capable of revolving in all directions. On the patent application, Loud said that such a pen would be excellent for writing on leather and fabric. He called it useful for marking on rough surfaces such as wood, coarse wrapping paper, and other articles. Although he made a few of his ballpoint pens, Loud did not commercially exploit them and allowed his patent to expire.