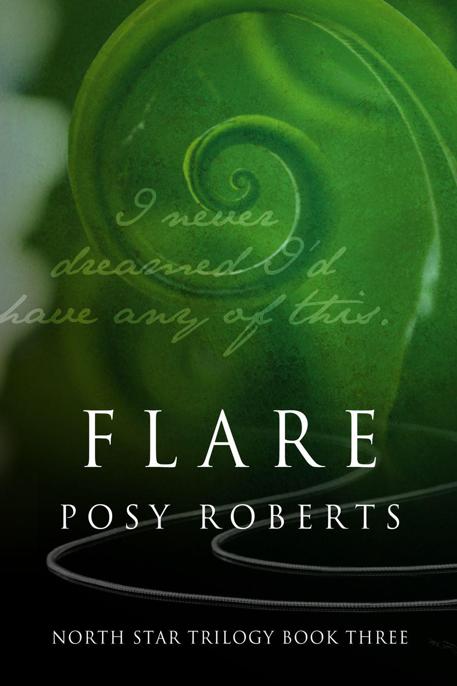 “I loved it. It is not angst filled or full of extreme emotions. It is subtle and flowing, written in a beautiful, descriptive prose that painted images clearly in my mind and pulled me into the story.”

—Live Your Life, Buy the Book

“If you’re looking for something deeper, something special and something truly passionate… grab this book!”

“I highly, highly, recommend this story to romance lovers, those who enjoy the idea of first loves meeting again…”

“
Fusion
has many incredibly beautiful, and moving moments.”

“Read This Book!! … You will laugh, you will cry and you will feel every emotion that these characters feel and you will come on the other side all the better for it!!”

N
OVELLAS
Feathers From the Sky To John, who knows how to make a relationship work.

I’
VE
HAD
a lot of help along the way toward getting this book and
North Star
completed. As always, I have to thank my incomparable readers and opinion givers, Con Riley, Jay Northcote, Virginia, and Mel, who all did so much to make this story more than my first draft ever was. Thanks to Ryan for helping me answer legal questions that baffled me, and to Edmond Manning, Chuck, Sid, Anthony, and Maggie for helping me add more local flavor and realism.

Thanks to Dreamspinner Press: Elizabeth North, Lynn West, Ginnifer Eastwick, Jo, Lisa, Sheri, and all the people behind the scenes there. Cover artist Anne Cain has done an amazing job with these covers and tying them all together to make a cohesive trilogy.

Edina, Minnesota—A first-ring suburb of the Twin Cities. It is often considered the most affluent community in the state. This is where Kevin Magnus lives.

Lake Calhoun—The largest lake in Minneapolis and part of the Chain of Lakes. It is popular for a variety of year-round outdoor activities.

Lark Toys—This is the largest independent specialty toy store in America, located right on Highway 61 in Kellogg, MN. It boasts a hand-carved carousel and a minigolf course and specializes in vintage and wooden toys.

Lefse—A Norwegian flatbread made with potato dough, hand-rolled with a grooved rolling pin, and then baked on a griddle. It is a labor-intensive treat often saved for special holidays. Most often it is served with butter and sugar (or brown sugar) and then rolled before being devoured.

Mill Ruins Park—This park is the result of an archeological dig of nineteenth century flour mills once powered by St. Anthony Falls. It sits at the west end of the Stone Arch Bridge.

Twin Cities—The nickname of Minneapolis–Saint Paul, cities that are separated by the Mississippi River.

Uptown, Minneapolis—An eclectic, vibrant neighborhood in Minneapolis that is well known for its entertainment, the Chain of Lakes, and unique stores. Artists, musicians, hippies, and hipsters feel very at home in Uptown. This is where Hugo Thorson lives.

A
SHARP
knock at the door followed by the doorbell woke Kevin and Hugo, and they quickly threw on last night’s discarded jeans and shirts. When Kevin opened the door to his house, he saw a man he didn’t know, and considering the early morning hour, he doubted it was a door-to-door salesman.

The man asked if he was Kevin Magnus, and when he nodded, the man handed him a manila envelope. He added, “You’ve been served,” and walked away with a nod.

“What the hell?” Hugo asked as he shut the door.

“I don’t know. Let’s see,” Kevin said, opening the envelope and pulling out the papers. “Notice of Motion and Motion for Change of Custody,” he read with disbelief in his voice as he flipped through the pages. “Erin’s parents are trying to get custody of my kids. No way in hell is that happening. No way in hell.”

T
O
SAY
Kevin Magnus was pissed was such an understatement. He was so far
beyond
pissed that he was well into the realm of seething. Irate. Enraged. Hell, foaming at the mouth might have been a good description.

Hugo was doing everything in his power to ooze calm into the room to help Kevin, to appear unruffled, and to concentrate as he read through the legal documents he’d passed off. Unfortunately, the papers were highly lacking in the details both of them wanted.
Why would they do this?

Kevin had barely scanned the papers before handing them over with shaking hands, asking him, “Please tell me these aren’t saying what I think they are?”

Kevin’s in-laws wanted custody of the kids, and it appeared from the documents Hugo was reading, they wanted custody until both Brooke and Finn turned eighteen. So, essentially, Kyle and Tasha Clarke, Kevin’s late wife’s parents, wanted to take his kids away from him. Unfortunately, Hugo’s forced calm as he read seemed to be bringing Kevin closer and closer to livid and apoplectic. Hugo knew he had to say something quickly.

“I don’t get it. It says here the kids are experiencing harm. Well, Finn in particular. I don’t get why they say that. Finn’s doing great now.” As great as a six-year-old could be expected to be just months after losing his mom to a horrific battle with brain cancer. He’d had the hardest time of anyone in the family, at least when looking from the outside in. Finn wore his emotions on his sleeve, especially compared to his eleven-year-old sister. Brooke kept all sorts of feelings bottled up, but that didn’t mean she wasn’t grieving as well. That was just her way. What did the Clarkes expect after the kids lost their mom? Sunshine and unicorns? Did they expect that the loss of Erin wouldn’t have long-lasting effects? They were in the depths of mourning, and that didn’t just wash off the day after the funeral or the week after the funeral, and certainly not just three months after. But the kids had made such great strides in therapy and were now open about their grief and sadness.

“Oh, Christ.” Kevin gripped his hair in ferocious panic. His eyes flashed. “I know
exactly
what this is about.”

Hugo was glad he did, because Hugo was still in the dark, but it was frightening to see Kevin so out of sorts. He handled nearly everything with reserved calm.

Kevin slowly untangled his fingers from blond hair that had grown back thicker and shinier after Kevin and Hugo shaved their heads in solidarity with Erin when she lost her hair during chemotherapy. Kevin looked at Hugo with a new emotion in his eyes; it looked a lot like guilt.

“When I took them up to Fargo last month to visit, Finn had one of his really bad meltdowns,” Kevin said before he started to pace between the living room and the kitchen. Hugo could actually see him thinking.

Finn’s meltdowns had started not long after Erin died, along with nightmares and bedwetting. Brooke had nightmares too. For a very long time, Kevin’s bed was filled with not only Hugo and his dog, Lulu, but also Brooke and Finn trying to get calm enough to fall back asleep. It was a good thing Kevin had a California King mattress because they were squished even with the extra room, but they made do.

The entire house was in mourning, even the dog, because Lulu’s favorite cuddle partner was gone. Erin died at the very end of February, and it wasn’t until now, as the school year finished and June really started to get going, that everyone was feeling as if they were back on the right track. Sort of. At least they weren’t reeling in pain they couldn’t comprehend.

Just the night before, Hugo had dropped the kids off at a sleepover so Kevin and he could have some much-needed adult time. They’d gone out with Summer to meet her new boyfriend, who ended up being Erin’s brother and Summer’s college boyfriend, Russell, aka Russ. After dinner, Kevin and Hugo had the luxury of privacy, to come home to an empty house and behave like two men desperately in love with each other with no concern for anyone but themselves. They’d been able to show their love for each other in a way they hadn’t been allowed to in months and months.

The knock on Kevin’s front door that morning was like a bucket of ice-cold water dragging them back into the dark gloom they had worked tirelessly to crawl away from. They’d been doing everything in their power for the past nine months to be honest with Kevin’s kids while still protecting them. It was hard. It was fucking hard.

Hugo followed Kevin into the kitchen where Kevin hit the Start button on the coffeemaker, grabbed the cream, and pulled down two mugs. Kevin poured cream into his cup and turned to lean back against the counter, giving Hugo more details about the meltdown Finn had had at the Clarkes’ house in May during their last visit with Erin’s parents. Hugo hadn’t gone; he’d been busy with an acting job.

The Hot Sauce Cookbook by Robb Walsh
Salvation on Sand Mountain by Dennis Covington
Hellhound on His Trail: The Stalking of Martin Luther King, Jr. and the International Hunt for His Assassin by Hampton Sides
Promises Reveal by McCarty, Sarah
Wickedly Charming by Kristine Grayson
The Story of a Baron (The Sisters of the Aristocracy) by Linda Rae Sande
Reward for Retief by Keith Laumer
The Shadow of the Sun by Ryszard Kapuscinski
It Happened One Midnight (PG8) by Julie Anne Long
Satan's Bushel by Garet Garrett
Our partner