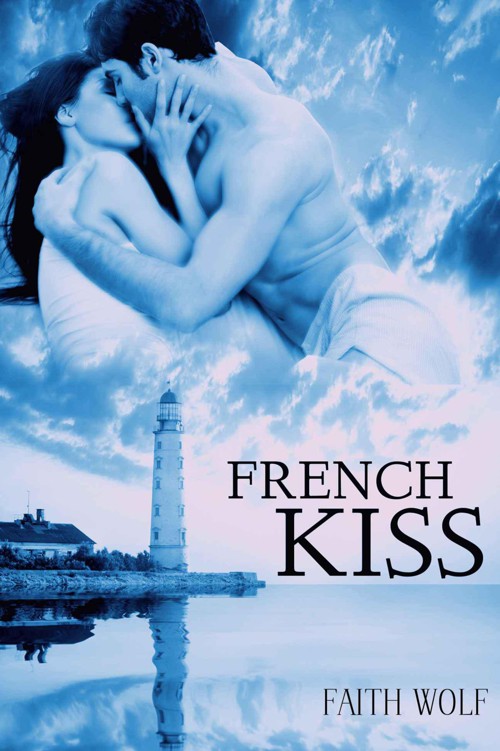 All characters appearing in this work are fictitious. Any resemblance to real persons, living or dead is purely coincidental.

For questions and comments about this book, please contact us at [email protected]

Charlotte was about to hear the most frightening sound in the world. Not a lion roaring in the jungle, not a train rumbling along the tracks, but the sound of her keys, posted back through the letterbox.

She hesitated for a long time with her rucksack on her back and her wheelie bag leaning up against the wall. She knew she had to be quick, because, having heard her door slam, Mr Hinton, the old man from number 42 would stick his head around his door and ask her to pick up some milk or a newspaper or a bag of 'spuds'. She wasn't going to the grocery shop at the corner of the street though. She was going to the airport. If things went well, she would never be back.

The spring of the letterbox was making her hand ache, but she couldn't bring herself to let go of the keys. Not, that is, until she really did hear footsteps from number 42.

She separated her finger and thumb, the key hit the mat inside with a soft thud and then she was half-walking half-running along the corridor, dragging the squeaking wheelie bag behind her. She turned a corner just as the door to number 42 opened up.

As she sat on the tube, trundling from station to station, she wondered at what point she would be considered truly single or whether in fact that had already happened. Did it happen last week on that morning when she could hardly get out of bed because of too many glasses of wine the night before, or was it this morning, the moment she pulled down her old travel case and rammed it full of clothes, some shoes, all the money she had in the world and her passport? Was it possible to become single while hailing a taxi or running for the airport bus and missing it by twenty seconds and then sitting in the departure lounge, biting nails and thinking: This is really happening this is really happening; I'm doing it.

As the plane thundered along the runway, Charlotte noted that her boyfriend would just be getting home. He'd call out to her in his distracted way, but instead of seeing her watching EastEnders on the sofa or stirring macaroni cheese or simply pretending to sleep, he'd soon realise that he had come home to an empty, silent house.

Her note on the table said: “I tried to tell you. I can't do this anymore. C.”

It shouldn't come as a surprise, but she suspected that it might. For many years, she had been part of a world where people said that they were going to do things and, for one reason or another, they never happened. They had talked about getting engaged, then getting married, even the possibility of having children. All they had succeeded in achieving was buying a bigger television set. What it came down to was that she didn't want to be engaged to him anymore. Like the TV set, it was like being on standby. A permanent state of alert in anticipation of something that they both knew was never going to happen.

“Let's talk about it tomorrow,” he always said.

It had taken her a year to realise that tomorrow never comes. Today was all she had and she intended to use it.

The plane's wheels bumped against the runway in France and there were gasps from the other passengers. Talk about coming back down to earth.

A tractor carried their luggage from the plane to an airport the size of a large shed. As she descended the steps down to the runway, she saw her scuffed, black bag, a red ribbon tied around the handle, on top of the pile of bags from the plane's hold.

“Now,” she thought, talking to the bag in her mind. For too long it had been relegated to living on top of the bedroom wardrobe or under the bed itself. “Our new life starts now.”

The airport was as much like a shed on the inside as it was on the outside. The passport control area had been divided into rows using red ropes and moveable silver poles, but this was nothing compared to negotiating the local express supermarket outside London Bridge. Within five minutes, she had confirmed that she was indeed who she claimed to be and she was out in the warm, late-afternoon sun.

She felt a pang of sadness that there was nobody on the other side of the doors waiting for her. All around her, children were hugging their parents, friends were shaking hands and slapping each other on their backs, lovers were reunited. It was sweet, but she felt more alone than she had done in weeks. Still, she was glad that Mark wasn't there. There was nothing worse than sitting opposite him in a restaurant and discovering that neither of them had anything to say to each other. Taking the restaurants out of the equation hadn't helped. She had taken herself out of the equation instead.

“This is a new life,” she reminded herself. “I'm going to be making new friends. Left and right.”

She checked her phone. It was receiving a signal and she had a message. She was excited and afraid, but it turned out to be a text from the French network, welcoming her to France.

“New beginnings,” she reminded herself. “This trip is about new things.”

Fortunately for her, the word for taxi was the same in French as it was in English and she found herself heading directly for the only car at the tiny taxi rank, a silver saloon.

“I need to get to ...” she showed the address to the driver, who was sitting on the bonnet of his car.

“Cheaper on train,” he said.

She was about to say that she didn't care, but Mark wouldn't be on hand to bail her out when she ran out of money and she'd left it to him to be the breadwinner. What little money she had saved was going to run out in under 24 hours unless she was extremely careful.

“Where is the train station?” she asked.

The man slid from the bonnet and opened one of the rear doors with a little bow.

Once successfully on the train, she realised that her journey to the village of Lillac itself would take much longer than she had predicted, but all signs pointed South to Sarlat and as she neared that focal town, she knew that she would soon be only 30 minutes from Lillac itself, her home for the next 30 days or 30 months, depending on how it went.

On the train, she glanced at the other passengers in the carriage and wondered how many of them suspected that this was the first time she had travelled alone to a foreign country. She'd accompanied Mark to Paris a couple of years ago, but that had been a horrible experience. He'd been on a work trip, so he'd dumped her in a hotel and she'd had to entertain herself. She had managed to get lost on the Metro, had walked for hours until her feet were blistered and had ended up taking in a performance of Singing in the Rain that was entirely in French, except for the songs, and thus, largely unintelligible to her. Rather than being pleased to see her when she finally made it back to the hotel, he had been furious. How was he supposed to concentrate on work, he had said, if he didn't know that she was safe.

In the process of getting to Paris, however, their train had halted several stops early and they had been expected to make their own way. Seeing that they didn't have a clue what to do, the station announcer himself had driven them forty-five minutes to Paris, without charge. It was that level of kindness and familiarity that Charlotte was now seeking. She hoped that she wouldn't need to be rescued, but she would appreciate a few kind faces along the way, rather than the glazed eyes to which one became accustomed in a big city.

Lillac was a village community. According to the website, it was charming, friendly and picturesque. As long as they spoke slowly, she would understand enough French to get by. She was free. Mark was not here to tell her what to do or to tell her that she was getting things wrong. She was exhilarated and terrified in equal measure.

She kept thinking about what had happened when Mark got home and found her … not there. She didn't want to upset him, but part of her would have liked to have seen his face. If she could have been a fly on the wall, that fly would have said:

He'd laughed every time she'd said she wanted to leave and now she had done it, in spectacular fashion!

She had organised her flight, alone, and she had made it to France, alone, and now she was travelling cross-country, alone, missing her stop, alone …

“Shit,” she yelled and ran for the doors before they could trundle shut.

The evenings were long and light, but by the time she got to Lillac it was almost fully dark. Fortunately, she met a second taxi driver and managed to persuade him to take her to her cottage rather than go home to dinner. He looked unmoved until she mentioned the name of the cottage: Le Pech Noir.

He told her that she would be the first person to stay there since the occupant had moved away and decided to rent it. It was a beautiful place, he said. He was animated suddenly, but, if Charlotte read his body-language correctly, he was also somewhat saddened.

Charlotte told him that she was sure she would like it.

He didn't seem convinced, but he said that it was a sort of honour, nonetheless.

She tried to get more information from him, but she couldn't follow his accent and once he was behind the wheel he lit up a cigarette and opened the window, so the roar of wind and the engine served to drown out what he was saying. She made out a few words here and there. He seemed to be attempting to help her along her way, pointing out things that he thought would be useful, having understood that her stay might be long-term, depending on the success or failure of her first month.

“I don't have a car,” she said, slipping into English and hoping that he understood her. She was too exhausted to think and wanted nothing more than to slide into a warm bed.

It was a pretty building with green shutters and finger-paintings in the windows.

The driver navigated a roundabout.