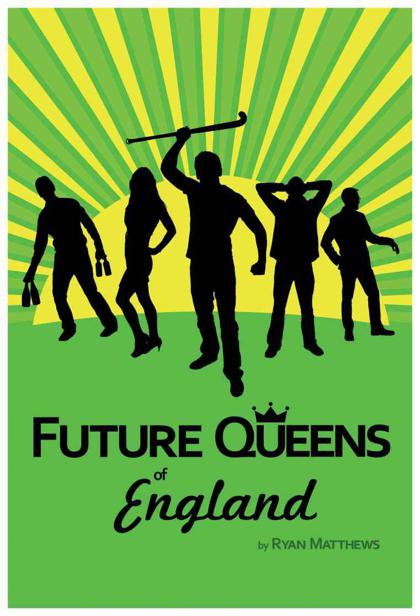 Tony studied his face in the mirror.  A wry smile flickered across his lips; he liked what he saw.  He looked hard as nails.  His rugged face made him seem older than his twenty-two years and he wore it like a badge of honour.  He arched his back and stretched, his arms craning up toward the ceiling.  From under the sleeve of his shirt his tattoo momentarily appeared and disappeared as if gasping for oxygen before being dragged back under by a wave of polyester.
He belched loudly,
patted his beer gut and smiled.

“All paid for
,
” he chuckled, as he stroked it fondly.

T
he mirror returned his stare.

He smirked to himself, I probably should have worn my suit today instead of jeans and football shirt,
but this thought quickly disappeared as his nostrils flared.  He hated the stench of public toilets.  He hated public toilets, full stop.  He knew what certain people used them for.  “Dirty bastards,” he whispered to himself.

Tony relaxed a little and reached down, squeezing a large hairy-knuckled hand into the pocket of his jeans.  This applied some pressure to his waistline and his bladder twinged in protest.  It reminded him of the reason for coming into the toilet in the first place.  He took out a crumpled letter and tried to remove the creases.  He quickly scanned it, searching for something in particular.  His eyes stopped suddenly as they found what they were looking for.  ‘10 am’, it stated, and he glanced at his watch.  The dial showed 10:07 – at least, that’s what he thought it showed; it was barely readable through the deeply scratched face.

“Just enough time for a slash,” he muttered.  “I’ll keep the swines waiting.  After all, being late is hardly a crime.”  At least it wasn’t compared to what he was here for.

He walked to the urinal and found it was broken, clogged with cigarette butts and filled to the brim with a soup of urine.  Normally this sort of thing wouldn’t bother Tony; he would usually add h
is own contribution to the soup
.  He looked down at his old trainers and curled the toes of his right foot.  The material stretched to reveal a small hole.  He looked again at the broken urinal, which was a centimetre away from overflowing, and the telltale puddle of piddle beneath it.  Tony then considered the fullness of his bladder and took a couple of steps backwards as he thought better of
it.

With a tut he turned and kicked open a cubicle door. He unzipped his fly and started to urinate, absent-mindedly reading the graffiti as he relieved himself into the toilet and onto the floor in equal measures.

He soon grew bored with perusing the phone numbers and badly drawn naked women, but his bladder was still not empty.  With the index finger of his spare hand he rootled his left nostril and with impressive dexterity removed an offending item and wiped it on the cubicle wall.  He finished urinating and spoke aloud to the graffiti in front of him: “Ah that’s better,” then turned and left without flushing, his trainers squeaking on the stained and sticky floor.

On leaving the toilets Tony saw an apologetically dressed man.  He meandered across the crowded entrance towards him, past the sorry looking people in the waiting room.  He had to laugh.  What a mix of chavs, twockers, wasters and wannabe hard men they were
,
but they all had several things in common; they had taken out their earrings, shaved as best they could and borrowed ill-fitting suits from friends and family to try and make a good impression.  They looked so nervous, so scared, but not Tony.  He strode through them like a bantam cock.  A few of them looked up at him.  Tony didn’t return their stares; they weren’t worthy.  They watched him pass and then returned to their shoe-gazing and regret soaked flashbacks of the events that had led to them being here today.

“Where have you been?” asked Tony’s solicitor, Bob, tapping his watch irritably.

Bob tutted. “Look, they’re waiting for you in there and now we’re late.”

Tony scratched his arm.  “Christ, keep your hair on!” he snorted.

“I asked you to wear a suit today, Tony,” he whined.

“Is this a fashion parade or a court hearing?”

“But you look a real mess,” Bob continued.  “It doesn’t give a very good impression.”

Tony immediately retaliated.  “I could say the same about you, Bob.”

“It’ll have to do.  Come on,” Bob
said,
tiring of this conversation and conscious of the time.  He put one hand on the door and another on the small of Tony’s back and gave both a gentle push.  Tony arched instinctively.  He wasn’t comfortable being touched.

Bob pushed open the double doors and they entered the court room.  He walked to the front and sat down, Tony following casually behind.

The magistrate put down his papers and said, “Glad you could make it”.

“Let us commence,” began the magistrate.  He banged his gavel.  To him, the sound signified the start of a ceremony, waking the gods from their slumber to judge these mortals.  “I am so glad that you made as much effort with your appearance as you did with your punctuality.”  His words were chosen carefully to let Tony know who was in charge here.  “You look like you’ve just rolled out of bed.”

“Maybe so,” started Tony, “though if I may be so bold, this court room could do with a lick of paint.  I mean, I have to say that I am also very disappointed.  I was expecting a grand old hall filled with solid oak furniture, portraits and the smell of old books.”  Tony surveyed the room with a mock sneer.  “Instead, I appear to have stumbled into the Temple of Formica – it’s all industrial carpets, fluorescent lighting with a certain whiff of a 1980s’ community centre about it.”

“I guess we are both equally disappointed then,” the magistrate replied, realising that this guy might be a worthy contender.

Never being one to know where to draw the line, Tony declared: “I feel short-changed.”

The magistrate stared over the rim of his glasses at Tony for a moment, and his mouth moved as if he was about to respond, but he thought better of it.  He shuffled his papers and straightened his back.

“Can the prosecution stand,” he bellowed authoritatively.

“On the night of 28
th
July the police were called to the scene of a disturbance
at
an establishment known as The Pink Moon.  Mr Horwood and some of his insalubrious associates had recently been ejected from The Three Cocks public house on the high street after making lewd and suggestive comments to the female bar staff.  Apparently, this public house serves speciality beers, one of which Mr Horwood appears to have developed a taste for, but
for reasons unknown
the landlord had decided to stop offering
Mr Horwood’s favourite
beer.  Unfortunately, Mr Horwood took objection to this and a small ruckus erupted.
One of the male members of the bar staff
quickly intervened and ejected Mr Horwood and his cohorts.”

The prosecution paused for a moment
to look around the room
. Satisfied
that
he had everyone’s attention, he continued.

“After Mr Horwood and friends were
ejected
from The Three Cocks they rampaged along the high street,
interfering
traffic cones and
performing lewd acts with them
until they reached the premises of The Pink Moon.  Our witness statements declare that
on entering the beer garden
Mr Horwood and his cohorts began to shout abuse at the patrons of The Pink Moon.  Mr Horwood, fuelled on adrenaline and alcohol, assaulted several customers.  The police were called and Mr Horwood and company fled the scene.”

He paused for a moment to let the words sink in.  Tony’s solicitor shifted uncomfortably in his chair.

The prosecutor looked over at Tony and spoke again.

“They were quickly picked up when they were discovered urinating outside a public convenience.  The prosecution therefore requests that based upon the aforementioned evidence, Mr Horwood is a menace to society and this court should find him guilty on all counts.”

He looked at the magistrate and spoke firmly.  “The prosecution rests.”  Then he sat down, looking quite pleased with himself.

The magistrate made some notes and then looked at Tony and Bob.

“Would the representation of Mr Horwood please present his defence?”

Bob was hunched over, rocking ever so slightly.  He felt like a fraud representing the likes of Tony, but nevertheless, he rose to his feet, cleared his throat and began.

“Your Honour, my client feels unduly victimised by these accusations and refutes several of the charges.”

The magistrate looked quizzical.  “How so?” he said.

“My client has been singled out and made an example of.”  He paused for a moment.  “Look, who’s to say who threw the
beer glass
in the crowded beer garden?”

The prosecution jumped to his feet.  “Your Honour, may I interject?  I have eight signed statements from witnesses who say that they saw Mr Horwood launch a missile into the crowd.”

“Witnesses. Is that what you’re calling them these days?  I call them benders, queers, bum bandits…” Tony chimed in.

“Silence,” ordered the magistrate.  “Please keep your client under control.”

“The prosecution has submitted statements from several members of the public clearly stating that Mr Horwood was acting as the ringleader and main instigator of the violence on the night of 28
th
July.”

“Ah, yes, well you can’t trust members of
the public, can you?” said Bob
.  “Just look what happened to Socrates when the public were consulted.”  He looked rather pleased with himself.