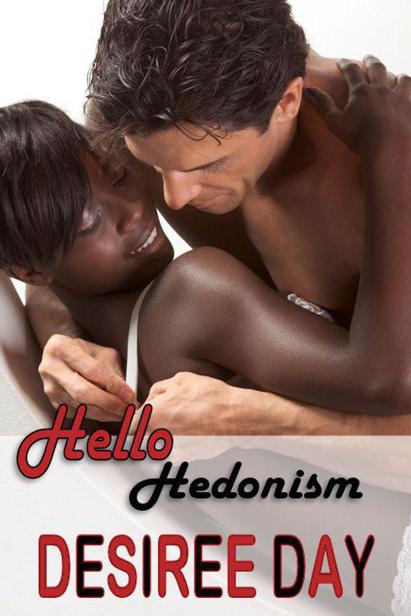 Tawny White excitedly crawled her finger down her wedding checklist. With a month left before her wedding almost everything was completed and checked off.

“I need to schedule the gown fitting, write my vows, and get the marriage license,” she muttered to herself.

Tawny lived by her checklists. Even her life was one big list. Engaged by thirty-three—check, master’s degree by twenty-five—check, own home by thirty—check, high-five-figure job—check, a baby by thirty-four—soon-to-be checked. Even her relationship with Gordon, her fiancé, was a checklist. Have sex on the third date—check, tell him I love him after six months of dating—check and engaged at eighteen months—double check.

She motioned to, Carlos, the waiter to refill her glass of sweet tea; he scampered over to do her bidding. He wasn’t watching her because she was drop-dead gorgeous, or that he knew that she tipped well, but because she was nice, genuinely so, and everybody at the restaurant knew it. The small Mexican restaurant was a favorite of hers, and she frequented it no less than four times a month. They all loved her because she always asked about their families and loved ones.

Tawny glanced at her phone, Gordon was twenty minutes late. Her stomach growled and she debated whether to order an appetizer, the nachos and salsa Carlos had placed on the table wasn’t hitting the spot.

By the time Gordon strolled into the restaurant twenty minutes later, Tawny was wound tighter than a stockbroker’s intestines, she hated tardiness it threw off her schedule, and unfortunately Gordon was habitually late. “You’re late,” she greeted him. She held her face up for a kiss and he pecked her on the forehead. Tawny twisted her lips in annoyance, but didn’t say anything to him. He had been distant recently, and when she had asked him about it, he had blamed it on his job and she had believed him.

“Sorry, there was an emergency at work, the server went down.” He dropped into his chair, his face etched with exhaustion.

He was the manager of an information technology department at a local hospital. “I’m sure you got it up and running,” Tawny said soothingly.

“I did.” Part Mexican and black he was an attractive man; he had inherited sharp cheekbones and thick black hair from his Mexican mother and his dark smoldering eyes and lush lips from his father. Their friends jokingly nicknamed them the international Ken and Barbie.

“Ready to order?” And before Gordon could reply, Tawny gestured to Carlos to take their order, since they both frequented the restaurant so often and always ordered the same thing there was no need to view the menu. “Then we can go over the last minute items for the wedding.”

“I want to talk to you about the wedding.”

Carlos hurried over to the table and greeted Gordon. “Same thing?” he asked.

“No,” Gordon said firmly. Tawny furrowed her brow. “I’m not eating,” he replied.

“What? Of course you’re eating.”

“Oh, you ate something bad at work?”

“Well order something to eat.”

Gordon looked down at his napkin. “I need to talk to you,” he mumbled and Tawny’s heartbeat sped up a bit.

“I’ll give you two a few more minutes, just let me know when you’re ready,” Carlos said before speeding away. He had seen enough couples to know that this conversation wasn’t going to end well, and no matter how much he liked Tawny and Gordon, he didn’t want to be around for the fallout.

“What about?” Tawny asked calmly, hiding her nervousness.

“What about it?” She grabbed her glass of sweet tea and her hands shook slightly, causing the ice cubes to swim in her drink.

“Let’s go out to your car or maybe we can go back to your place for privacy, I don’t want to tell you here with so many people around.”

“What do you have to tell me that requires privacy?”

“Come on Tawny, let’s get out of here,” he gently pleaded.

Tawny slammed her glass on the table then motioned to Carlos. “Can you bring me the check?” she asked when he rushed over.

“That’s okay Ms. Tawny all you had was tea. It’s on the house. Don’t worry about it.”

“Thank you Carlos,” she said gratefully, while she gathered up her paperwork and stuffed it all into her bag.

They strolled out to her car, a convertible mustang, her one splurge that she had allowed herself. It was a once in a lifetime purchase that she knew she would never do again, it was too decadent, so totally unlike her.

They got in the car and she started it up. Instead of letting down the top, she blasted the air conditioning, it was July and the temperature was in the high nineties. She turned to her fiancé.

Gordon took a deep breath, then blurted, “I don’t want to get married.”

“You’re telling me this now? A month before our wedding?”

Gordon shrugged. “I’m sorry, but I didn’t know how to tell you.”

“You could’ve just said, I don’t want to get married, like you just did.”

“Your parents would’ve killed me.”

“Forget my parents this is about us.”

Gordon shook his head. “It has never been about us. My friends have dubbed us and your parents the dating quartet. Hell, Tawny they even go on vacation with us. I wouldn’t be surprised if they planned on coming with us on our honeymoon.”

“I’ll talk to them about giving us space,” Tawny said hurriedly.

Gordon ran his hand down his face. “That’s not the only thing.”

Tawny gulped, then asked, “What else?”

“Oh, we can get a new one, when we move in together. I think it’s about time, the one that I have is old.”

Gordon frowned. “That’s not what I’m talking about. I’m bored
in
bed, I’m bored with having sex with you. It’s so predictable.”

Stunned, Tawny felt like Gordon had stabbed her with a knife. “What? I thought you liked everything I did to you.”

“Well what else is there? There’s only so many things you can do with the equipment that we have.”

“I’ll learn…just tell me what to do,” she pleaded.

“I’ve tried, I gave you hints, but you never picked up on them.”

“You should’ve been more direct.” They were silent each lost in their thoughts, Gordon searching for the words to help him escape and Tawny looking for words to make him stay.

“And I want somebody who dresses sexier,” he admitted pushing the knife in deeper. “You’re always wearing the same dull colors, black, beige and brown. There’s no excitement when it comes to your outfits, I always know what you’re going to wear.”

“You dress like a librarian. You’re a beautiful lady, but you always look like you’re either on your way to church or to a five-year-old’s birthday party.”

“That’s not true, just because I don’t have my ass and tits showing it doesn’t make me not sexy. I know what I have and I don’t have to advertise it.”

“Whatever. And you know what? Even your job is predictable.”

“So you’re attacking my job now? Wow Gordon, I can’t win with you. Why did you stay with me so long?”

“Obviously, you don’t do sweet,” she snapped.

Gordon ignored her comment. He reached into his pocket for his wallet, he pulled out a slip of paper and handed it over to her.

“It’s for my portion of the wedding.”

“You don’t have to do this. My parents and I will take care of it.”

Gordon shook his head. “Please take it. You say that you don’t want it, then the next thing I know I’m standing in front of Judge Mathis.”

“I won’t sue you!” Tawny protested.

Tawny looked up at him, her eyes filling with tears. “So we’re over?” she choked out.

“So now I have to call everybody and let them know the wedding is cancelled. Then I’ll need to call the caterer and the hotel. Oh hell, maybe I need to call them first…I can’t think right now.” She folded her arms on the steering wheel, then dropped her head and began sobbing into her arms.

She lifted her head. “Get out, get the fuck out of my car!” she screamed.

Tawny clicked off her cell phone. “That was the last one,” she said shakily. She had spent the last week calling everybody to tell them about her cancelled wedding. “That was the hardest thing I’ve ever done, I don’t wish this on anybody.” People were pissed at her, their first question to her after she had announced the cancellation wasn’t about her well-being, but if she would compensate them for their cancelled trip. After informing them that she wouldn’t, they either cussed her out or hung up on her.

Shawn, her best friend, hugged her. “Are you okay?”

Tears spilled down Tawny’s cheeks. “No, I’m not. I still can’t believe Gordon did this to me.” It had been a week since Gordon had called off the wedding and everything after that was a blur. Her days were spent calling friends and relatives telling them about the cancelled wedding, disputing with vendors and returning engagement and early wedding gifts. The guest room where she was housing them was empty. All the gifts were gone.

“He should be here helping you,” Shawn said. “Since he’s the one who created this mess.”

Tawny swiped a hand across her face. “I asked him to, but he said he couldn’t be bothered with it. He said he was done.”

“I know…but I keep calling
that asshole
,” she admitted, embarrassed by her behavior.

“I can’t help it. He’s been such a big part of my life and I can’t let go. I was going to marry him, we were going to have a family.”

“You’re chasing after something that doesn’t want to be caught…let it go,” she said firmly.

“I will,” Tawny whispered.

“You know that this wasn’t your fault, right?”

Tawny pulled away from her friend. “He said that it was,” she said softly.

Tawny squeezed her eyes shut then reopened them. “He said that I was boring and predictable,” she said, forcing the words out.

Storm by D.J. MacHale
An Expert in Murder by Nicola Upson
Jack Ryan 3 - Red Rabbit by Clancy, Tom
The Executioness by Buckell, Tobias S., Drummond, J.K.
Pray for Silence by Linda Castillo
Odalisque by Annabel Joseph
Have Your Cake and Kill Him Too by Nancy Martin
The Night Shift by Jack Parker
The Pink and the Grey by Anthony Camber
The Coalwood Way by Homer Hickam
Our partner