How to rite Killer Fiction 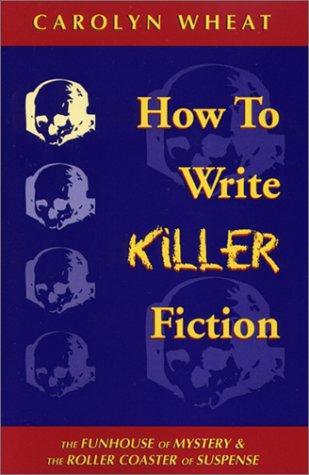 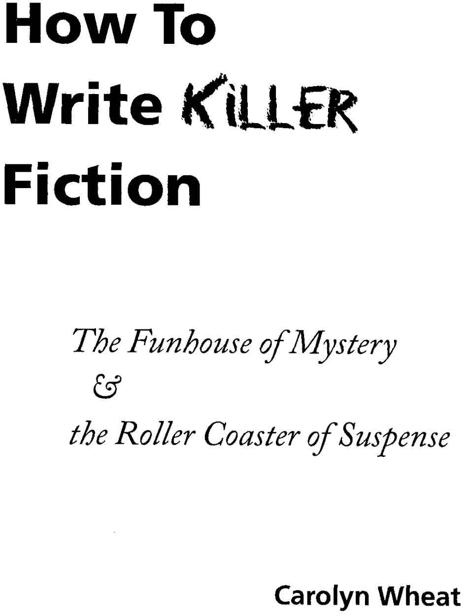 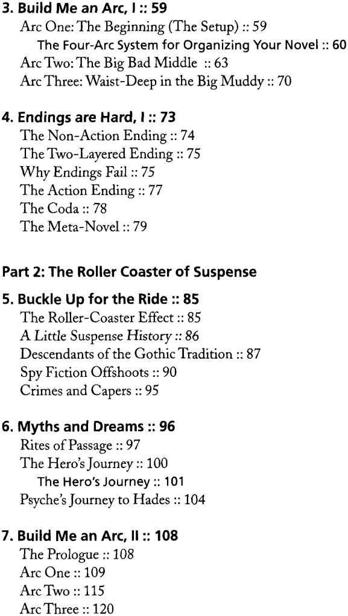 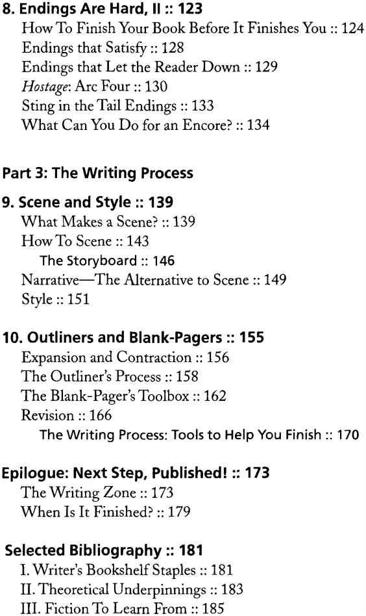 THE BEST ADVICE on writing I've ever seen came from a fictional character. Seymour Glass, J.D. Salinger's cryptic antihero, tells his brother, Buddy, an aspiring writer: "You think of the book you'd most like to be reading, and then you sit down and shamelessly write it."

That's the essence of this insider's guide: helping the writer select the book he'd most like to be reading, then helping him identify the particular pleasures of his chosen genre in order to bring his story to life in the way most satisfying to the reader of that genre.

How To Write Killer Fiction
differs from other books about writing in detailing the crucial distinction between mystery and suspense fiction in terms of the experience the reader expects from each. When choosing to enter the funhouse of mystery, the reader wants to be puzzled, to be uneasily aware that things are not what they seem, to see the world through a distorting lens, to follow along as a detective separates truth from illusion. Riding the roller coaster of suspense, the reader looks forward to being hurtled through a fast-moving set of events that leaves him breathless, feeling emotions that rocket to the sky and plunge to the depths in a matter of seconds as a hero confronts her greatest fears.

Understanding the expectations a reader brings to each genre allows the writer to create the experience the reader most enjoys.

The Funhouse of Mystery_

In the mystery, whether a cozy whodunit with its focus on puzzle, or a private eye novel with its emphasis on gritty realism, the reader meets a detective who brings skill and insight to the solution of a murder. The reader identifies with a hero who is in control, who is able to see and understand what ordinary people cannot, who peels away layers of lies to reveal the buried truth.

The central problem of the mystery is not "who killed X," but who
covered up
the killing of X, and
how did he succeed in creating the illusion that he did not kill X.
It is the task of the detective to strip away the "fake reality" created by the murderer, to work her way through the funhouse, with its distortions and reflections, and put the world back in order by recreating the truth about the murder. By the end of the classic mystery, we not only know the identity of the killer but we have also unraveled lies and secrets unrelated to the murder, for the detective's job is to seek truth everywhere.

The Roller Coaster of Suspense_

In contrast to the intellectual pleasure of the mystery, suspense is an emotional roller-coaster ride; if there is a puzzle element, it is decidedly secondary to the visceral experience. The suspense hero, like the protagonist of a folk or fairy tale, faces tests that will elevate him to another level of maturity. The suspense hero, unlike most detectives who already have the skills to detect, must learn skills to cope with the new reality that has overtaken him. We readers want to see him
becoming
a hero through overcoming obstacles on the way to the showdown with evil. By the end of the novel, he has walked through the fire and has emerged as a different, larger person.

Suspense comes in many packages: romantic suspense, spy novel, techno-thriller, legal thriller, political thriller—indeed, the term "thriller" is enough to convey the roller-coaster effect of a well-constructed suspense novel. We read it, not to be entertained by a detective sifting through the clues of a past murder, but to grit our teeth and bite our nails as our hero dodges bullets and evades danger in the present.

The ending of a suspense novel, like that of a mystery, must satisfy. But where the mystery satisfies its readers by being logical, complete, and believable, the suspense novel must also satisfy emotionally. Some suspense novels that disappoint do so, not because the final chapters are unsatisfactory, but because the author failed to develop the middle sufficiently to support the final act. Others give the reader a less than resonant ending by holding back, taking the characters to less than the maximum danger and confrontation. Pulling out all the stops is the only way to conclude a powerhouse suspense novel.

The final section of this book concerns the writing process. Some writers need the security of an outline; they plot the entire novel either on paper or in their heads before beginning chapter one. Others thrive on the excitement of facing a blank page; they feel stifled if they know too much before they begin to write. This book honors both processes, while recognizing that each contains its own pitfalls. The Outliner may lose verve; the Blank-pager often wanders into byways that don't move the book as a whole.

I offer advice for both instinctive Outliners and natural Blank-pagers. I discuss expansion and contraction as processes that recur in cycles throughout the entire period of writing the novel. Both types of writers are expansive at the outset, casting their nets wide to bring in as many ideas as possible. The Outliner contracts the material through the outline process; the Blank-pager is more likely to finish a first draft and then begin narrowing and focusing through revision. Either writer will find suggestions and encouragement in this book, which offers hints for dealing with problems at various stages. In addition, you'll find recognition of the enormous task of writing a novel, with ideas on how to manage paper and disk, how and when to revise, and when to call it finished.

I'm the kind of person who has to know
why.
Telling me there are rules that have to be followed is not the best way to convince me of anything— yet I've become a passionate advocate of "the rules" about mystery writing. This is because I think I understand
why
a good mystery novel must contain certain elements, and because I see "the rules" as rooted firmly in the notion of what makes the mystery experience satisfying for the reader.

I believe that if a writer understands the
why
of mystery and suspense novels, he will be able to master the
how
s without too much trouble—and the writing will be enhanced by a deep understanding of the underlying psychology of the genre. This book is not about formula writing, but about an organic appreciation of story.

If anything in this book works for you, I'm glad. If it doesn't, toss it away and write from your gut, always keeping in mind the one immutable fact about fiction: You're the one creating the reader's experience. 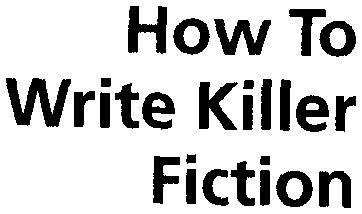 THE LATE John Gardner wrote, "Fiction is like a dream." Like a dream, fiction can send us on a roller-coaster ride of sensation, or it can produce images as distorted as any to be seen in the funhouse mirror at the carnival. Like a dream, it can leave us vaguely hung over, unable to experience the reality of daylight, yearning instead for the mysteries and ambiguities of night. Like a dream, fiction can reach its tendrils into our waking consciousness, haunting our hours until we can return to its potent illusions.

Unlike a dream, fiction is a manufactured experience. And it is you the writer who creates the dream for your intended reader. It is vital, therefore, that you the writer understand fully the experience you intend your reader to have. Are you offering a roller-coaster ride through danger, or are you instead masterminding a trip through the funhouse, with all the distorting mirrors reflecting images that are not what they seem? It is only by knowing precisely the effect you wish to create that you can give the reader exactly what he is looking for.

If fiction is like a dream, then suspense is a nightmare. The hero, and through the hero the reader, is plunged into chaos, driven from one extreme to the other, hounded and disbelieved and threatened with ultimate danger. How, you wonder, can this be considered an enjoyable experience, one your reader is going to eagerly embrace? Because you the writer guarantee a happy ending in which the hero will come through the nightmare a better person, and the reader will breathe a sigh of heartfelt relief. It's the literary equivalent of waking in a cold sweat, yet filled with a sense of well-being and gratitude that it was, after all, only a dream.