Read I Hear Them Cry Online

I Hear Them Cry 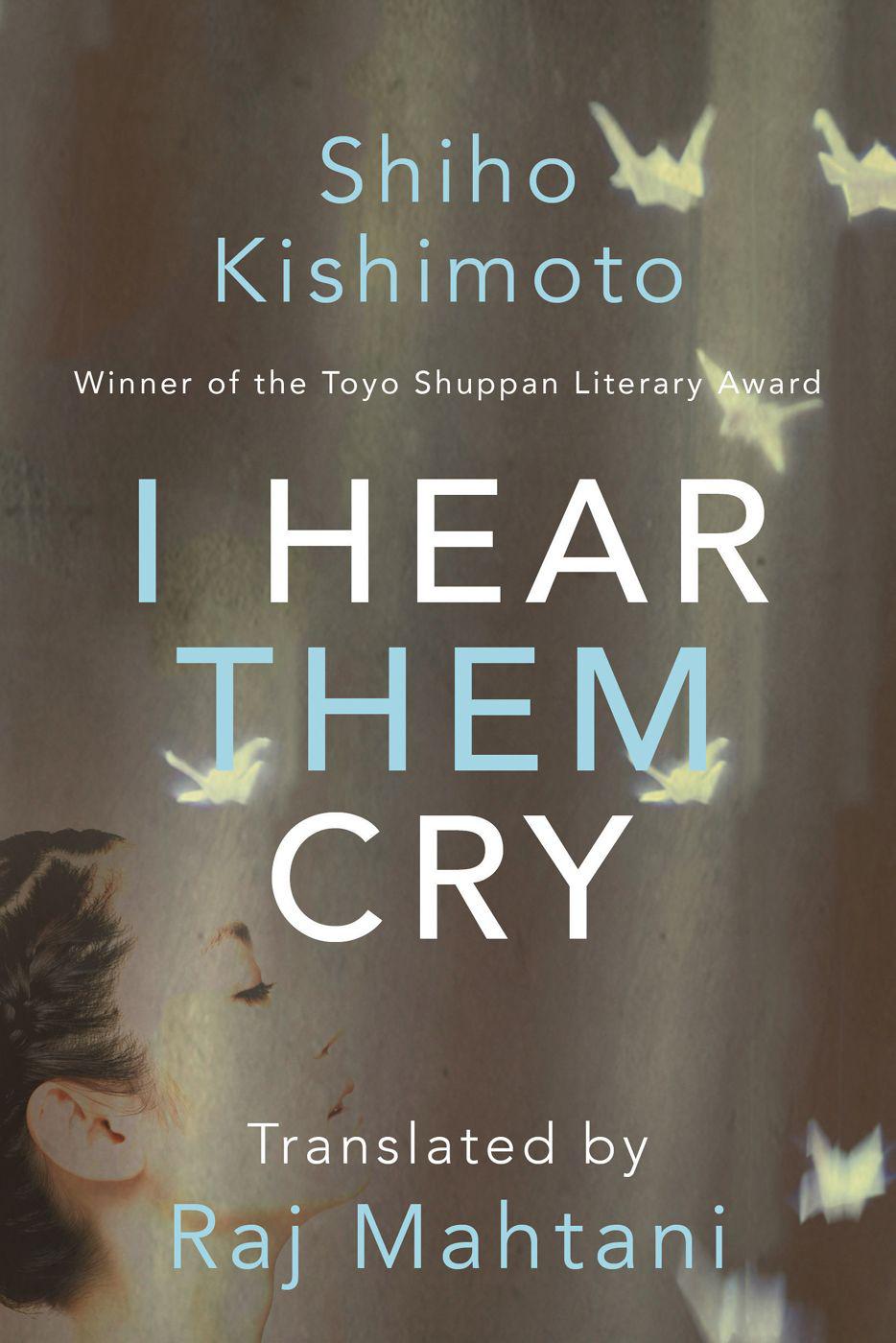 I Hear Them Cry
was first published in 2003 by 東洋出版 (Orient Publishing) as 東洋出版. Translated from Japanese by Raj Mahtani. Published in English by AmazonCrossing in 2013.

PART ONE: IN FRANCE

Anna’s glassy blue eyes shot a desperate, piercing gaze at me. There was no time to lose. It was now or never. I led her to the bedroom and removed her T-shirt, crumpling the large white Chihuahua printed on the blue cotton. Going down on one knee, I gently pulled down her frilly blue skirt.

I hesitated at her pink panties, but then dragged them down. Her skin was soft, pale, and pure. For a fleeting moment I saw the body of a defenseless little girl floating into view under the light of the lamp. When I gently patted her, I felt as if her skin would get sucked into the palm of my hand. I wanted to hold her so badly—to comfort her—but I shook off the urge and made her lie on the bed, facedown. With trembling hands, I slowly undid the belt looped around my jeans.

The leather belt cut through the air, whistling past my ear. The next moment, a red trace of the lashing blazed across Anna’s pristine white skin.

She made a noise but immediately buried her face into the pillow and endured the pain. I lashed her again. Red welts formed, testifying to her pain.

I was desperate. With every swing of my belt, I begged for mercy as my vision blurred with tears. I stopped. She turned her face toward me: she had not cried a single tear. She had dealt with the ordeal admirably. She was only seven.

PART ONE: IN FRANCE

After I graduated from art school, I took a trip with the money I had saved from working part-time jobs. If you aspire to be a painter, visiting France at least once in your lifetime is a must.

The weight of history overwhelmed me as soon as I arrived in Paris. I saw a stain that stood out on the surface of a dingy stone. It seemed like blood, the trace of someone’s long-forgotten existence. My heart skipped a beat, sending shivers down my spine. I was wrapped in excitement nonetheless, walking about here and there as I sketched madly. It was as if I had slipped into an antique world lost in the mists of centuries past.

I rented a small flat in the suburbs and found a job as a waitress at a nearby café. The interior of the brick-walled café was dim and the soft sunlight beamed through the swirling haze of cigarette smoke, infusing the atmosphere with a pale pinkish-violet color. Exhilaration sent my thoughts reeling, and I was convinced that I had somehow entered Toulouse-Lautrec’s world.

There was a small, old-fashioned church near the flat. It stood under the protective branches of a large elm tree. I began spending my days drawing the church. I would start early in the morning, when there was little pedestrian traffic, and in the afternoons I’d work at the café. I was beginning to live my dream.

Sometimes I entered the church to gaze at the light streaming through the stained glass. I never got bored admiring the beauty in that peaceful atmosphere, seemingly unchanged since centuries ago.

That’s also where I came to know Jean.

“Where are you from?” he asked.

“Japan. My name is Mayu Asaka. Pleased to meet you,” I said.

We slowly moved beyond the nodding-acquaintance phase and began to wave hands and exchange pleasantries.

At first he just seemed like an ordinary man in his fifties who had a thing for cotton shirts and blue jeans. He used to turn up at the café sometimes, accompanied by a wayward boy with too much time on his hands.

I found out later that he was a priest who was devoted to mentoring the town’s juvenile delinquents. This became clear to me one day when a police car and ambulance responded to a bloody incident caused by some of the young ruffians. My friend Catherine and I were working in the restaurant when we heard the sirens. We plowed our way through the crowd and saw Jean there, all bloodied and lying on a stretcher. When Catherine breathlessly said, “Oh my god, it’s the Father!” I came to recognize Jean for the first time as the blue jeans–clad man of the cloth. Catherine told me that Jean’s mentoring was frowned upon by most of the townsfolk, who didn’t want to have anything to do with the adolescent troublemakers.

I felt close to Jean. He had given me a bit of company in the early mornings when no one else was around, so I went to the hospital to pay him a visit.

Trying to stop a fight, he had leaned into a knife. The wound in his right shoulder would require a ten-day stay.

Jean was very pleased to see me. From that point on, his “way of life” began to largely influence mine.

After Jean left the hospital, the very first thing he did was post Pierre’s bail. Pierre was the boy who had stabbed him.

“Pierre has a mother and a younger sister named Anna,” Jean said. “They both depend on him. What he needs is a job. It’s important to help him find one. He needs to make a living.”

But it was difficult, even for someone like Jean, to find a job for Pierre. So Jean appealed to his congregation, the residents of the town who had gathered for Mass. But most of them were more interested in discussing how they could drive the young ruffians like Pierre away from town.

“In this world, there is not a single person who is born in vain. Please understand this. Now, is there not one person in here who will lend a helping hand?”

“You’ve got to be kidding, Father,” a voice rang out. “Surely, you of all people must know just how much strife they’ve caused, how many times they’ve driven us to tears.”

“Think you’re better than the rest of us?” a third voice ranted.

But at that moment Pierre appeared at the entrance and the church fell silent. The one to break this silence was a young boy, no older than five. He made his way across the aisle and took Pierre’s hand, saying to his father, “Papa, it’s him. I fell into the river and this man helped me.”

The words ricocheted off the ceiling, sounding as if the dancing angels in the stained glass had voiced them. The child’s father slowly stood up and said to Pierre, “We’re looking for an assistant. The job’s repairing recycled parts. Interested?”

God's Not Dead: Evidence for God in an Age of Uncertainty by Rice Broocks
Pretty and Pregnant by Johns, Madison
Last Chance by Josephine Myles
The wind's twelve quarters - vol 2 by Ursula K. Le Guin
Must Love Sandwiches by Janel Gradowski
And Life Comes Back: A Wife's Story of Love, Loss, and Hope Reclaimed by Williford, Tricia Lott
Cut and Run 07 Touch & Geaux by Abigail Roux
The Duty (Play to Live: Book # 3) by D. Rus
Lucky Love by Nicola Marsh
All About Passion by Stephanie Laurens
Our partner