I Was Jane Austen's Best Friend 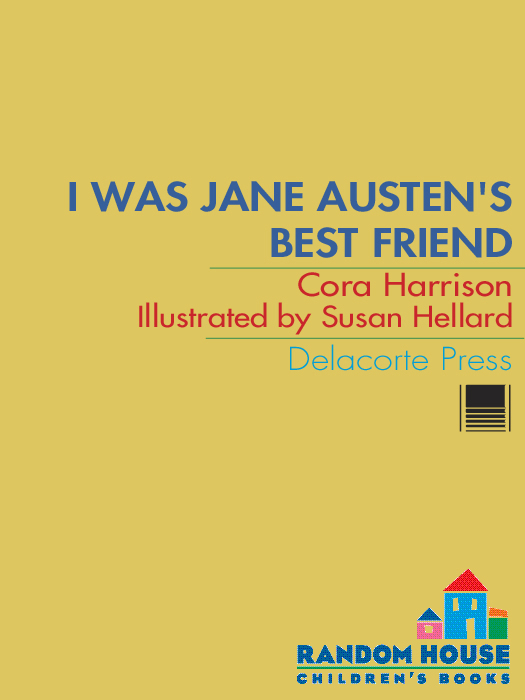 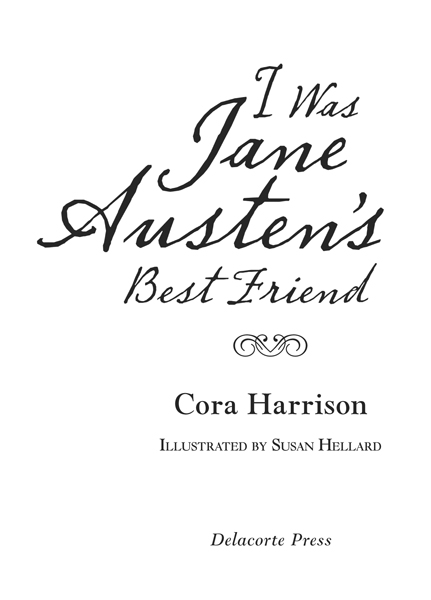 This is a work of fiction. All incidents and dialogue, and all characters with the exception of some well-known historical and public figures, are products of the author’s imagination and are not to be construed as real. Where real-life historical or public figures appear, the situations, incidents, and dialogues concerning those persons are fictional and are not intended to depict actual events or to change the fictional nature of the work. In all other respects, any resemblance to persons living or dead is entirely coincidental.

For my daughter, Ruth Mason, a fan of the
Jane Austen novels since her early teens

The Assembly Rooms at Basingstoke

Yesterday I was up in the attic and discovered a bundle of my old journals – I spent half the night reading this one. I’m sending it to you because I think you will enjoy it too
.

I can’t believe how much my life changed in that spring of 1791! It was like coming out of a dark room into bright sunlight. With you as a friend, I learned so much that year—about life, about love—and about how to have fun!

Do you remember our new sprigged muslin gowns for the ball at the Basingstoke Assembly Rooms? And getting ready for the ball? And how Eliza did our hair?

Well, it’s all here in my journal so I hope you enjoy reading it. I’m looking forward to visiting you next month and then we can talk over old times
.

PS I LOVED your book about Elizabeth Bennet and her sisters! I think your father is quite right; it should definitely be published, and when it is, I shall give myself such airs and will go around telling everyone that I was Jane Austen’s best friend!

It’s a terrible thing to write:
Jane looks like she could die
— but it’s even worse to have the thought jumping into your mind every few minutes.

I’m just sitting here in this cold dormitory looking at Jane. The only light is the light that comes in from the street. It’s enough though, as Jane’s bed is next to the window. I can see her face. It is very red; it’s been like that for the last few days. She’s pushed off her nightcap and her dark curly hair is soaked in sweat. Her eyes are widely opened, but there is nothing of Jane in that gaze. She looks at me, but she doesn’t know me, just carries on muttering through swollen, cracked lips. Her skin is burning hot when I touch her. She’s burning with fever. Becky, the kitchen maid, had that fever last month, but she recovered after a few days.

But Jane is not recovering.

And I am frightened.

Mrs Cawley is the owner of the school. She’s responsible for us all. Why doesn’t she look after Jane?

But she doesn’t want to talk about Jane and how ill she is. She wants to pretend the illness isn’t happening.

She doesn’t even come up to the dormitory.

And Becky is frightened too. I saw it in her face tonight when she was trying to get Jane to swallow some of that medicine that the doctor left for her.

I know I must do something. It’s no good just sitting here staring at Jane and writing a few sentences in my journal and then looking at her again. It’s eleven o’clock of the evening. The house is quiet, of course, because Mrs Cawley makes everyone go to bed early in order to save on fires and on candles. All the girls in the dormitory are asleep except for me — Jane is still burning with fever and her breathing sounds like the watchman’s rattle.

I’m scared. I’ve begged Mrs Cawley to send for Jane’s mother and father. My Aunt Austen will know what to do; I remember my mother telling me how good her sister was at nursing — that she had shelves full of remedies in her pantry. I’m sure that Jane would improve if her mother were here. I don’t trust that doctor who comes every day. His fingernails are dirty and he hardly comes near enough to Jane to know what is wrong with her. He just keeps leaving bottles of something that smells like tar water with a few bits of dried herbs floating in it.

So I have written to her. I managed to write the letter earlier today when we had silent study in our dormitories while the maids were cleaning the schoolroom. I even managed to steal some sealing wax from
Mrs Cawley’s desk and use the candle to melt it without anyone’s seeing. I turn the letter over and over in my hands. The neatly folded paper is beginning to look grubby, and the wax seal that keeps it fastened will break and fall off if I handle the sheet any more. Once again I read the address that I have written on the back of the sheet in my best handwriting: