Read In the Blind Online 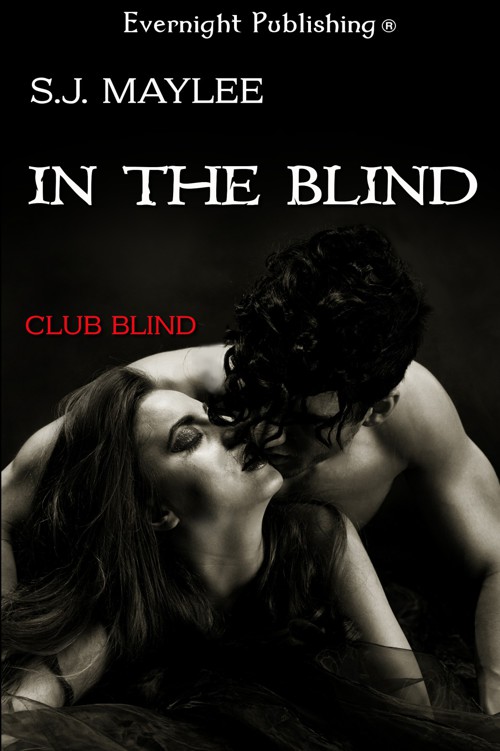 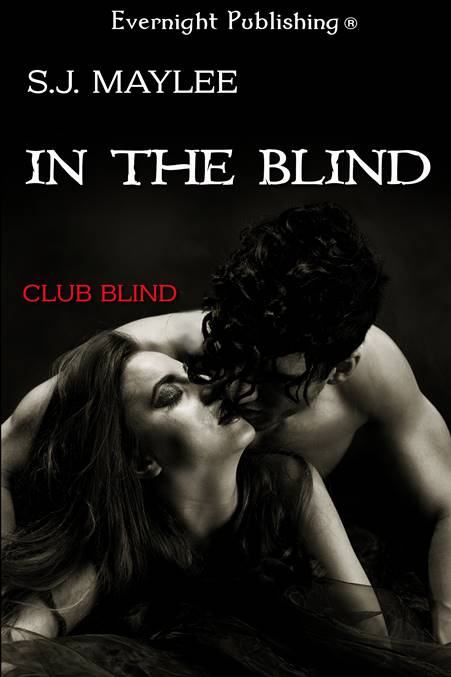 WARNING: The unauthorized reproduction or distribution of this
copyrighted work is illegal.

No part of
this book may be used or reproduced electronically or in print without written
permission, except in the case of brief quotations embodied in reviews.

For so many years, I held myself back from
exploring the stories in my imagination, fearing I wasn’t capable. I found a
way to work past my fears and the flood gates have opened. I’m having the time
of my life. May we all find a way past what holds us back and give our dreams a
chance.

To Lila, thank you for being patient with me
and for keeping your year old promise. I wouldn’t have made it here without
your advice.

To
Karyn
, you did it
again! It wasn’t an excerpt I added this time, but a whole chapter. Thank you
for continuing to hold my hand.

To Stacey and the whole
Evernight
family, thank you!

The
room was quiet except for the sounds of a dozen women taking off their clothes.
Jane slid the final button on her blouse through the hole and enjoyed the slip
of the silky fabric as she pulled it from her shoulders. Her last worry from
work and botched relationships slid away with the fabric to the bright white
floor. She gathered her things and hung them in the cold gray locker and took
the short black robe hanging inside.

Tonight,
she’d let go like Adam never allowed her to. Just because he never wanted to
touch her didn’t mean she didn’t want to be touched. Over the last few months,
she’d worked at getting past his digs that had torn away her self-respect. She
pushed her brown hair behind her shoulders. She was done thinking her needs were
dirty, done thinking she was dirty. With a shake to each limb, she forced the
cruelty to release its final hold.

When
Anne had given her the brochure on Sunday, she’d thought the idea was crazy.
Who had sex with someone they hadn’t
met
? By the time
she finished reading the club’s safe, sane, and consensual policies, she warmed
to the idea. A couple of days later, she’d let the possibility settle in. She
needed a new experience to put more distance between her and Adam’s nastiness.

Jane
turned around and slowly lifted her head. All the women stared at each other. Finally
someone asked, “Who’s done this before?”

“I
have,” said the woman next to Jane. “I’ve been here a few times, and it works
exactly like you’ve read in the pamphlet.”

“We
really won’t be able to see anything?” someone asked.

“Nope, not a thing.
The staff has
to wear night vision goggles.” The woman pulled her long hair over her
shoulder, stroking it like a favorite blanket. “You might be able to hear some
of the scenes around you over the music. You can talk, but you don’t have to
say anything.”

A
door opened at the other end of the room. A man stepped in and closed the door
behind him. He was dressed in black from head to toe. A pair of night vision
goggles sat perched on his forehead.

“Good
evening, ladies. Thank you for trusting Club Blind with your sexual fantasies.
Tonight is male-female one on one night. We have one man for each of you. No
matches have been made.” He stopped and scratched his ear. “I’ll take you one
at a time to the rooms. I verified all test results this morning. All are in
and clean, but condoms will be worn. Club Blind is not a BDSM club, but the
monitors will be listening for safe words. Call out ‘yellow’ if you need your
scene to slow and ‘red’ if you want a full stop. For yellows, we’ll monitor
your scene and ensure your partner slows. For red, we’ll escort you back to
this room. Are there any questions?”

“The
men are already in the rooms?” Jane asked.

“Yes,
naked and waiting. They’re a hungry bunch tonight.
Anything else?”
The room was silent but filled with the kind of excitement that couldn’t be
contained. “Line up then. Let’s go get ‘
em
.”

Screams
of excitement and nerves bounced off the plain walls as the ladies danced into
line. Jane wondered, for the tenth time that day, if she was doing the right
thing. Was this the best place for her to kiss her sexual slump goodbye? Anne,
her best friend, swore by the club. Jane didn’t want to take all the emotion
out of the act, but she needed to get out of her own way and remember how
freeing release could be.

It
had been months since her last orgasm. Of course, having Adam, her jerk of an
ex-boyfriend, tell her she was a sexual deviant and unattractive hadn’t done
her any favors. Add to that, the only interest she’d shown in the opposite sex was
a guy she’d met at a tech convention, and he was kind of married. A divorced man
still wearing his ring shouted unavailable. It was just Jane’s luck that he was
the one she’d connected with and kept thinking about.

She
giggled and shook her head, relaxing her body and readying herself for a brand
new experience.

Jane
was in the middle of the line. A couple of girls had already been taken into
the club, and they sure hadn’t wasted any time getting started. Now, each time
the door opened moans spilled into the room, husky growls and long drawn out
vowels. Jane’s nipples tightened, and warmth awakened her pussy.

Anne
had advised her to stand in the back of the line. She claimed the sounds would
build her anticipation and clear away her inhibitions. She’d also told her to
watch the women around her and enjoy the anticipation of the decadent night
ahead.

Many
in line were dancing along to the music pumping through the club. The women in
front of her swung their hips in tantalizing circles. Jane took in her
surroundings and let the moment seep in. She rocked her hips to the rhythm of
the music.

Jane
wasn’t into women, but she couldn’t deny the sights around her were beautiful. Their
lovely hair and swinging robes flowed with freedom that now seemed like a
palpable thing. Her muscles relaxed, and the warmth between her thighs turned into
need.

The
door continued to open every few minutes. Finally, the woman in front of Jane was
taken away. She could see nothing past the door besides black. Until the door
closed, she continued gazing into the darkness. How would the loss of sight
change the experience? Would she feel more? What would he feel like? Nerves
shook through her limbs, and sweat tickled her palms.

The
door opened, and she stood straight as a statue. This was crazy. She searched
for pockets in her robe. When she found none, she swallowed back a curse.

The
escort stopped in front of her. “Are you having second thoughts?” He shifted
the goggles higher on his forehead.

“Would
you like to step back and wait to go or ...” He stepped back and cracked the
door open. “Sometimes it helps to hear the sounds of the other participants.”

She
closed her eyes and took in the moans and let her mind drift to what her body
would feel like to make her make those kinds of sounds.

“I
don’t want to pressure you. Tell me what you want.”

“Thank
you.” She opened her eyes and took a step towards him. The only way was
forward. “I’m ready.”

“Good
for you.” He reached out and took hold of her hand. “Come on, I’ll take you to
the lucky one, for tonight.” He winked and tugged her forward.

Once
the door closed behind them, Jane was surrounded by unending black. She looked
around, but there was nothing, no end to the darkness. A nervous shiver danced along
her spine, followed by thoughts of haunted houses. What would she find around
the next corner? Her escort tugged her forward, bringing her back to the
night's purpose.

She
needed to remember why she was here. She needed to live in the moment. There
was a good chance she was about to touch the man who would give her release.

They
slowed, turned a corner, and after a couple more steps they stopped. She
swallowed the lump in her throat when her escort placed her hand into another’s.

Size 12 Is Not Fat by Meg Cabot
Dreams of Glory by Thomas Fleming
Pinkerton's Sister by Peter Rushforth
Dead Letter by Benjamin Descovich
Baby You're a Star by Kathy Foley
Dolled Up for Murder by Deb Baker
Foreign Affair by Amanda Martinez
Destiny Forgiven (Shadows of Destiny) by Shaw, Leia
Wreckage by Emily Bleeker
Hint of Desire by Lavinia Kent
Our partner