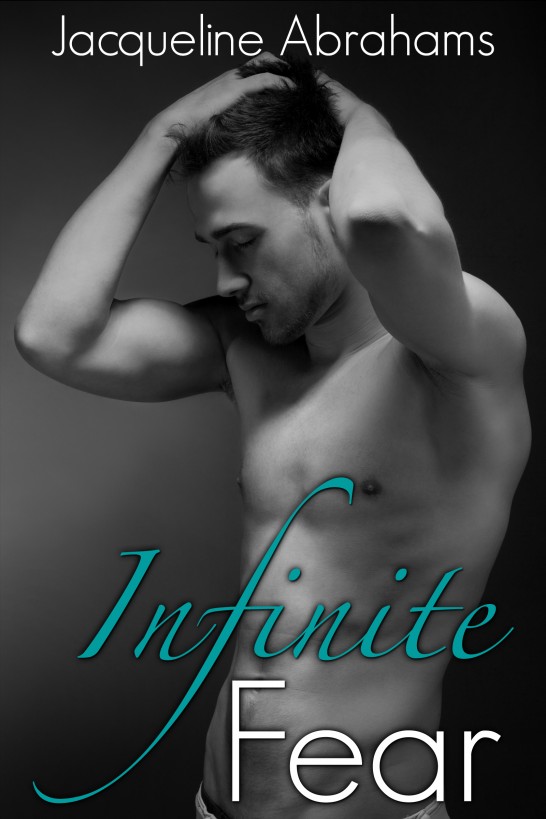 This ebook is licensed for your personal enjoyment
only. This ebook may not be re-sold or given away to other people.
If you would like to share this book with another person, please
purchase an additional copy for each recipient. If you’re reading
this book and did not purchase it, or it was not purchased for your
use only, then please return to your favorite ebook retailer and
purchase your own copy. Thank you for respecting the hard work of
this author.

The same song is playing on
three of the five radio stations in this damn car. I slam my hand
over the power button, deafening the irritating noise. I flick open
my phone for the thousandth time in the last three hours.
11:45am
. In fifteen
minutes, Shana will be back with me. And I won’t be so fucking
antsy anymore.

The weather outside is dismal. The thick
layer of fog that shrouded the clinic earlier this morning has
lifted, only to reveal a mass of angry-looking grey clouds above.
The heating in dad’s Mustang cuts out every ten minutes, blasting
my face with cold, frosty air. I wind down the window and light
another cigarette. I don’t usually smoke, but this morning I’ve
gone through a full pack already. Puffing on the cigarettes was the
only thing that seemed to stop my leg from shaking
uncontrollably.

I wish I were inside with
her
. But Shana made her wishes clear
yesterday. She didn’t want me to come in with her. She wanted to be
alone. I had pleaded and yelled and then pleaded again, to no
avail. The events of the last few weeks replay over and over in my
mind as I sit here. The vivid memory of the two pink lines on the
pee stick that changed our relationship forever. The horrible
memory of me asking her to marry me, telling her we could do this
together if she wanted to, and her saying no.

I don’t give a damn that
we’re eighteen. I was raised to do the right thing. And that’s what
I would have done.
Not to mention the fact
that I fucking love her
. And if I loved her
properly, then I would have thought to prevent this in the first
place. It was my responsibility, and I failed. I rub my temples in
frustration. The past three hours have felt like an
eternity.

My phone vibrates in my hand and Jade’s name
flashes across the screen. She’s called every half hour, all
morning long. I stopped taking her calls at 10:30. I understand her
concern for Shana, but the constant calling is driving me insane,
worse than I already am. I dismiss the call and see that the clock
has finally hit noon.

Without a moment’s hesitation, I grab the
keys and race up the stairs two at a time, yanking the door open as
I reach the top. The receptionist behind the worn desk wears a
tight bun that pulls back her eyes in a very unnatural way.

“I’m looking for my girlfriend,” I say
abruptly. She doesn’t acknowledge my presence at all.

“Yes,” she says, barely looking away from
her computer screen.

“I’m looking for my girlfriend, Shana,” I
state through gritted teeth.

“No one here by that name,” she says
flatly.

“She’s here, I watched her walk in the door
this morning,” I say, my voice rising with agitation.

“Well, I’m telling you, she’s not here now,”
she answers in the same irritatingly flat voice.

“Check again!” I yell, too loudly. The
people in the waiting room all look up from their phones and
magazines to see what all the fuss is about.

The receptionist drops her pen and raises
her eyes to meet mine, her glare venomous. “Look, little boy, I
told you there is no one here by that name. Maybe you should
consider the fact that she would have told you if she wanted you to
know that she left!”

“Fuck!” I shout before
slamming through the clinic doors. Racing down the stairs, I dial
Shana’s number. Answering machine. And again, voicemail. And again.
My hands tremble as I fight for control of my panic.
I’ll try one more time
. I
dial, and the call goes straight to voicemail, without even ringing
this time.

That’s the point where I
lose it. I’m not angry.
I’m
terrified
. Terrified of what may have
happened to Shana. But more terrified that nothing at all
happened.
That she just
left
. I raise my fist and slam it straight
through Mustang’s window. Shards of glass fly into the car,
splinters embedding into my skin, blood oozing instantly from the
cuts.
Why the fuck would she do this to
me?
I promised her the world.

My phone vibrates in my
left hand.
JADE CALLING.
My voice trembles as I answer the call.

“Gone? Gone where? Did something happen to
her at that clinic?” Jade’s voice rises hysterically.

The windows shudder as the
back door to my bedroom slams in her wake. The bang sends a searing
pain through my already aching head. Ten minutes ago, there was
silence. I awoke to the blistering Atlanta summer sun streaming
through the window. Next to me lay a female of unknown origin, with
nothing but my thin sheets covering her bare ass. Her arm rested
leisurely above her head, and it was only after my hung-over eyes
adjusted to the glare of morning that I noticed a raised red area
on her left wrist. I cautiously leant over to examine
further.
Holy fuck!
Is that a tattoo of my name on her wrist? I let out a laugh. I
don’t know this girl, or didn’t before last night.
What kind of a stupid female gets the name of
some random dude tattooed on her wrist?

At the sound of my laugh
she stirred, opening her bloodshot eyes. Yesterday’s makeup seemed
to have all converged under her eyes, giving her the appearance of
a drunk panda. “Hi,” she said quietly. I just stared.
Who the fuck are you?
Her
senses seemed to have all come rushing back at once, and with it
the realization of the pain from the now scabbed skin on her wrist.
“What the fuck!” she yelped, licking her thumb and rubbing her
wrist in a desperate effort to remove the offending moniker. The
sheets fell away to reveal her slender, clothing deficient body, in
all its glory. My dick perked to attention below the
sheets.

“Since you’re here, and I’m here, why waste
a golden opportunity?” I cooed, leaning in towards her.

“Get the fuck away from me!” she practically
screamed. “I don’t even know your name.”

I smiled coyly back at this irate woman,
clamoring to retrieve her G-string. “If you remembered anything
about last night, you wouldn’t be so quick to forget my name. But
if you don’t remember last night, and I suspect that that may be
the case, your wrist should answer your question.”

“Fuck you,” she said
scathingly. “Do you even remember
my
name?”

“Sure,” I said slowly,
searching the recesses of my memory for a clue. Or better yet, a
name. My eyes quickly scanned my bare chest, in the hopes that I
didn’t also do some stupid shit and brand myself. Sadly for her,
owing to the sheer amount of toxic substances that were in my body
last night, the search of my memory is futile. And my body bore no
new permanent markings.
Fuck it, I’ll
guess.
“Melanie?” I said with as much
feigned confidence as I could muster.

“It’s fucking Paige, asshole,” she spat
before leaving, slamming the door behind her.

I shrug indifferently and smile at the irony
of it all. That’s precisely what I spent last night doing: fucking
Paige. I liked her; she was ballsy. Unlike the chick from the night
before, who cried when I informed her as she handed me her phone
number that unfortunately, I would not be using it.

I grab a pair of shorts
from the floor, walk over to the door, and start doing chin-ups on
my bar.
One...twelve…twenty-five…thirty-six.
My triceps and core burned in response to the self-inflicted
torture. I welcome the pain, though. I get to fifty and continue
on. My quads are aching, which can only mean two things. The first,
that Paige was a wild one. And the second, that I fucked her from
behind.
Oh, if only I could
remember
.

Next up on the agenda were
coffee and aspirin, just what the doctor ordered. I wander into the
kitchen and pour myself a steaming cup. Examining my phone, I see
four text messages, three from women who I gave my number to last
night.
Delete, delete and
delete
. No damn point to responding, since
I don’t remember what any of them look like. The last is from
Emmanuel, my best friend.

Call me tomorrow. No damn point in talking
to you now, you won’t remember.

I do the next thing on my
morning to do list. I dial the first number on speed dial in my
cell.
Calling SHANA
flashes on the screen.

For the first year after she left, my calls
went to her voicemail, allowing me to hear the sound of her voice
as if she was right here beside me. Then, one fateful autumn
morning, about a year ago, the voicemail didn’t pick up. A robotic
voice informed me that the number had been disconnected. I still
call, though. It’s been two years. Two years since she walked out
of my life. Two years that I have been waiting for her to come
back. Two years that I have spent worrying, obsessing over what I
could have done differently. Two years since she ripped my heart
out and fucking stood on it. Every morning, I fight the urge to
fling my cell across the room when I hear that fateful
recording.