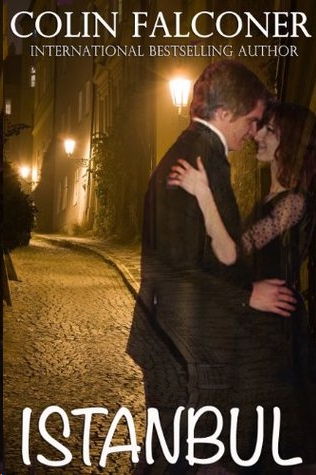 This is a work of fiction. Names, characters, places, and incidents either are the product of the author’s imagination or are used fictitiously, and any resemblance of fictional characters to actual persons living or dead, business establishments, events, or locales is entirely coincidental.

All rights reserved. No part of this book may be used or reproduced in any manner without written permission from the author and publisher except in the case of brief quotations embodied in critical articles or reviews.

When love is not madness, it is not love.

In other circumstances he should have been wary of venturing into the ruins of Bucharest after sunset. Six blocks from the hotel the city was a world of darkness and monstrous shadow, lit only by the blue flames of spirit stoves, refugees huddled in the wreckage of ruined apartment blocks.

Soon he was lost. He swore heavily under his breath. Christ. Even with the heavy revolver in his jacket pocket he was nervous. There were scavengers and deserters all over the city.

He turned a corner and bumped into another man. He reeled back, ready for an attack. But the man ignored him and walked on.

He was about to walk on, too, but some instinct made him turn around and follow him. He saw him for just a moment, silhouetted in the moonlight; a face flat and hard as a shovel, hair shaved short to his skull. He had seen him that afternoon, in Demischenko’s office.

The man turned into an apartment block at the end of the street and went inside. This was
her
apartment.

He took out the revolver. He had practiced on a shooting range but he had never fired in anger or in darkness or in a confined space. He heard the Russian’s footsteps echo on the stairwell. He ran after him.

He tripped on some rubbish in the dark and fell headlong. His shinbone cracked on the concrete. He swore at the pain.

The Russian was kicking in the door. He shouted a warning, to distract him, and ran blindly up the stairs.

The door to the apartment lay on the floor, ripped off its hinges.

A single candle burned on a table in the middle of the room. He called Daniela’s name but there was no answer.

There were few places to hide and he had only a few seconds to decide. He could not wait there in the doorway. He ran into the kitchen.

He heard a noise behind him, coming from the bedroom. He turned, saw the Russian silhouetted in the candlelight. Even as the pistol came up, he felt very calm. There was a sense of blissful peace. It was over.

The pistol shot sounded like cannon fire in that confined space. He fired his own weapon at the same time. He did not feel the bullet. He did not even know he was hit. He concentrated on his aim, as if he was back on the practice range, and squeezed off two more shots before he went down. There was no pain.

Nick Davis first saw Daniela Simonici in the American Bar of the Athenee Palace Hotel in Bucharest in the June of 1940. He couldn’t take his eyes off her. The city was full of beautiful women, penniless countesses and fox-furred demi-mondaines looking to be rescued, and until that moment he had spared them only an appreciative glance, as a man does.

But this woman was different.

The crowd was mostly British and American journalists, and there were a handful of diplomats like Nick. She walked in with a German tourist – he was SD or working for the Abwehr, they all were – and he was already drunk. He was talking too loud and laughing too much, and everyone in the bar was staring. In the corner the knot of Germans from the legation on Strada Victor Emmanuel III didn’t like what they were seeing either.

Her boyfriend was young, tall and blond, a fine example of Hitler’s dream except that he couldn’t stand unaided. His lips were shining and wet, his eyes unfocused. The delectable woman with him had reached a pitch of embarrassment; her eyes wandered the room and several times they returned to Nick, speculating.

German boys were much in demand. They had money and they had just conquered Poland. It was an irresistible combination. That and the ice-blue eyes.

Bendix finished his gin and tonic and lit yet another cigarette. ‘It’s getting bad. Two ICI chaps got beaten up last week, right outside their houses. These people want us out, Davis.’

Nick wondered if Bendix was the right choice for the operation, whether he could hold his nerve. He had warned Abrams about him, but there wasn’t a second choice right now.

‘Just hold on for a little while longer,’ Nick said.

‘It’s all right for you people, down here.’

Nick looked over at the woman again, caught her eye. It was hard to concentrate. ‘We need you to help us,’ Nick said.

‘The government. We can’t let the Germans walk in and take that oil.’ The Ploesti oilfields were the largest oil reserves in Europe. Hitler needed oil for his armoured divisions. Before the war many British oil companies had won concessions there. The Germans had pressured the Romanian King to kick them out, and he had complied. What else could he do?

‘How are you going to stop them?’

‘There are plans in place. But we need you, Bendix. You have the contacts up there, you know who we have to pay off.’

‘Pay off? What are you planning to do, for God’s sake?’

‘We just need someone to make some payments to the right people. Think you can do that for us?’

Bendix smoothed down his moustache. He looked around the bar; his hands were shaking. He was a businessman, not a spy. MI6 had recruited a lot of the executives from British oil companies up there at Ploesti, but these days there were fewer and fewer of them to sweet talk.

‘Not cut out for this cloak and dagger,’ Bendix said. He finished his drink and stood up. ‘All right. I’ll hold up my end. You just tell me what you want me to do.’

Nick gave him his instructions as they walked outside. Bendix’s driver was waiting in a dark Opel. ‘Good luck, Bendix,’ Nick said and they shook hands. Bendix climbed into the car and drove away.

Nick thought about catching a taxicab and changed his mind. It was only three blocks to his apartment. He crossed the square past the Atheneum, the city’s opera house, ignoring the imprecations of the
trasura
drivers.

He heard a commotion under the portico of the hotel. It was the blond German and the girl he had seen at the bar. They were having an argument and the girl was screaming. He turned around and went back.

‘Are you all right?’ he said to her in French.

The German boy was dragging her towards a waiting taxi. He had her by the arm and she was trying to pull herself free. The doorman pointedly ignored them, so did the taxi driver.

‘Go away, Englisher, this is not your business,’ the blond German said.

The girl swore at him in French and kicked out at his shins. He yelped in pain and hit her across the cheek with the back of his hand. Nick hit him once, hard, in the stomach. He doubled over and went down.

As he lay on the ground, the woman kicked him in the ribs with her stilettos for good measure. She was about to kick him again, but Nick pulled her away.

‘A real charmer. Known him long?’

‘Is he your boyfriend?’

‘Tonight he was my boyfriend. But he’s not any more.’

‘What was that all about?’

‘He insisted I go home with him. I said no.’

‘These German boys don’t think so.’

Haller had crawled to the potted aspidistra outside the foyer and was noisily throwing up. The doorman looked horrified.

‘My name’s Nick. Nick Davis. I’m with the British Legation.’

‘Daniela Simonici.’ She was loose limbed and tall, with long dark hair to her shoulders and golden eyes. Her clothes were expensive, purchased from one of the Paris salons along the Chaussée.

‘Well. As you no longer have a boyfriend, and the streets are not safe for a lady at this time of night, would you allow an English gentleman to escort you home?’

‘As long as you don’t expect a goodnight kiss.’

‘A Nazi salute and a promise to write would be fine.’ He looked around the square. ‘Let me get a
trasura.
Where do you live?
’
He nodded towards one of the horse-drawn carriages waiting outside the hotel, its owner staring truculently at them from its running board.

‘Near Strada Lipscani.’ The Strada Lipscani was in the Jewish Quarter; was she Jewish? That could be trouble. But he took her arm and led her to the carriage. ‘Let’s go.’

The
trasuras
appeared romantic from the balcony of the Athenee Palace but up close they just smelled of horse and the driver’s peasant sweat. Nick could count the poor beast’s ribs.

‘Go out with Germans a lot?’

‘He seemed like a nice boy. He is quite good-looking and he tells funny stories. But some men change when they get some drink in them. I don’t know why.’

‘What’s he doing in Bucharest?’ Nick said, the professional in him working round the clock.

‘Something to do with oil, I think.’

‘I think he’ll kick himself in the morning when he remembers how he behaved. I can’t imagine why a man would prefer the company of a bottle to yours.’

‘For myself, I’m glad he got drunk. Now I am being rescued by a beautiful Englishman with blue eyes. I think everything has turned out very well.’ She looked up at him and smiled.

The boulevard was empty now. A dangerous night, and edgy. He could hear the greenshirts chanting in the squares, and occasionally they saw mobs of belligerent young men singing and waving Romanian flags, celebrating the imminent fall of Paris.

‘You do not have to speak French to me anymore,’ she said, in perfect English.

‘Where did you learn to speak English?’

‘I learned Yiddish, French and English from my father. I learned German from my mother, she was born in Timisoara. I can tell you’re surprised. You think perhaps I am overqualified for my present position?’

‘What is your present position?’

‘I dance with Germans and I let them buy me drinks and silk stockings.’

Bucharest was not London; women here did much as they wanted and, for a Romanian woman, sleeping with a lover was as fashionable as buying a new hat.

They turned off the Calea Victoriei, the horse’s hooves clipping on the cobblestones. The wide boulevards became streets; the streets became alleyways. At this time of night she would have been an inviting target if she had walked alone. Who would care in Bucharest these days if a Jewess was raped or murdered? It happened often enough at police headquarters.

Get Her Off the Pitch! by Lynne Truss
The Billionaire Ritual by Malone, Amy
Never Alone by Elizabeth Haynes
Vexing the Viscount by Christie Kelley
Stranded by J. C. Valentine
Misplaced Innocence by Morneaux, Veronica
Mesmerising the Duke (Regency Romance) (Regency Lords Book 1) by Regina Darcy
RomanceFromSweettoKinkybyBerengariaBrown by User1
The Killer Is Dying by James Sallis
Divine Design by Mary Kay McComas
Our partner