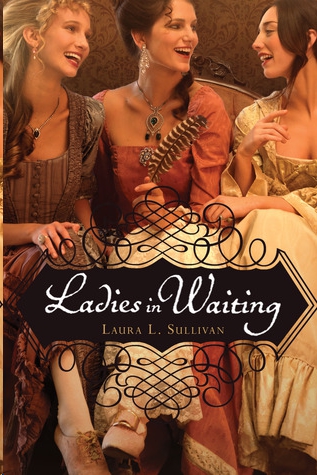 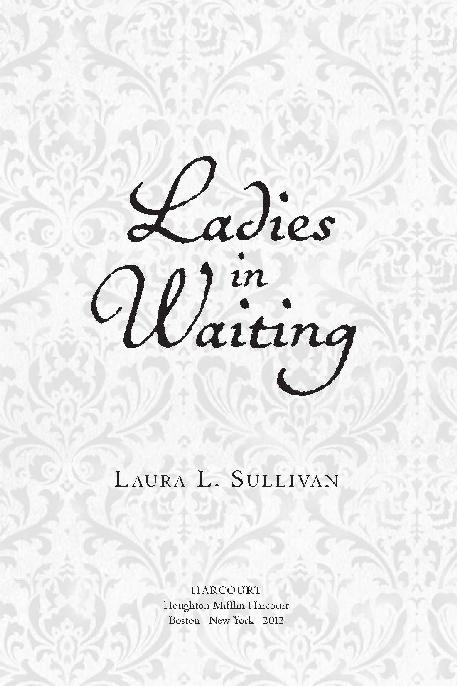 The Rape of Love

The Dream Made Flesh

The World of Men

The Girl Who Says No

The Collector of Beauty

The Shrine of Sulis

The Edge of the Precipice

For my sister, Maria J. Sullivan

E
LIZA PARSLOE
, age fifteen, tickled her chin with her plumed pen and gazed levelly at her latest opponent, Lord Ayelsworth, second Earl of Lambert. To her great displeasure, he took it for flirtation and sidled closer until his foppishly beribboned thigh crushed the delicate moiré of her apricot skirt.

“You slay me with those killing eyes,” he sighed.

Those killing eyes rolled, for she knew he was looking not at her decidedly plain brown orbs, but rather at the fortune in emeralds at her throat, or perhaps, to give him credit as a man of flesh as well as avarice, at the swell of bosom lower down.

Why did each and every suitor feel it necessary to harp upon her nonexistent physical charms? If just one had suggested they could use her vast fortune and his court influence to rule the nation, to set the mode, she might have been swayed. But no, they spoke of her languishing eyes, her enchanting hair; compared her neck to a swan’s and her skin to pearls, when she knew full well her only beauty lay in the acres of timber, the flotillas of merchant ships, and the masses of gold settled on her as the only child of the fabulously wealthy Jeremiah Parsloe.

She turned away from him and dipped her quill in the ink, dripping a blob, unnoticed, on her buttercup-colored satin underskirt, and began to scribble.

“What do you write, sweetheart?” Ayelsworth asked, craning his skinny neck to see. “I would pen you a thousand love poems daily, if only you would be mine!”

Eliza dipped the pen again and flicked it as she turned to reply, spattering his multihued ribbons with blue-black. He squealed and leaped up. Eliza instantly kicked up her feet and crossed her ankles, reconquering the lost territory of her chaise.

“What do you call it, sweet nymph?”

“
Nunquam Satis,
” she said, and though he had no Latin, he knew the vulgar tongue. He wasn’t sure whether to laugh or blush.

“My dear, do you know what that means?”

“Ah, but in the common cant, it means . . . it means . . .” He could not tell her what part of a woman’s anatomy was, by popular jest, never satisfied. She was from a reputedly Puritan family. Very likely she was not even aware of that particular part of herself.

Ayelsworth, though but twenty, was a habitué of Charles II’s court, and accustomed to whores, courtesans, and loose ladies of rank. He was not quite sure what to expect from this provincial heiress. All he knew for certain was that she was the catch of the season, and if he could secure her, his future was assured.

Her father had given him permission to try for her hand, leaving them alone with only a maidservant within, for propriety, and a liveried footman without, in case he should try to claim his prize by force. Now, that was a thought, he mused. It had certainly been done before, though mostly through abduction. Still, if he managed to spoil the goods here on the chaise, she and her father would probably agree to let him buy what remained.

He looked over her big-boned, recumbent form. She was at least a head taller than he, and he didn’t think much of his chances in a forcible seduction.

He clung instead to what had worked with other ladies—wit and conversation.

“Pray, what is your play about?”

“An heiress deciding which of her many suitors to accept.”

“A tragedy, then, for all but one lucky swain. Will you read me a snippet?”

For the first time she blessed him with a smile—her teeth were good, at any rate, he noted—and blew on her pages to dry the ink before she picked them up to read.

“This bit I just finished is a conversation between Lady Nuncsat and Lord Stormthebreech. He tries to persuade her of the chief benefit of having a husband, and she protests that if husbands are à la mode, another’s will suit her just as well:

I’ll ride the steed—or not—and let another pay his keep.

Who’d buy with precious liberty what she’d get elsewhere gratis?

“Lord Stormthebreech thinks so, and calls her a fishwife and a mettlesome jade who ought to be forced to feel a man’s hand on her rein. She replies,

“
‘Touch me and you’ll find a fishwife verily, by gods!

One who shucks your oysters and fillets your pretty cods.’
”

Ayelsworth’s hand cupped his own cods protectively, and it was not long before he excused himself with flourishing apology, never to be seen in the Parsloe household again. He would give a great deal to have Eliza’s wealth, but not that.

“What did you say to this one?” her father asked sharply when he entered to find her alone.

“Oh, he spoke to me of the theater,” she said nonchalantly, placing a book of sermons on top of her manuscript. Her father had no idea she’d read every play on the boards since the theaters reopened with the king’s return from exile. Her maid, Hortense, was liberally paid to smuggle them back from her monthly sojourns with the housekeeper to London for supplies that could not be had in the village.

“You cannot allow yourself to become offended because a gentleman speaks to you of plays. Why, I’m told even the most pious go to the theater. I know you’ve been delicately reared, my dear, but when you are a married woman you might be . . . ahem . . . exposed to things your upbringing didn’t prepare you for.”

Eliza affected the serene incomprehension of a novice in a nunnery and said, “In any event, sir, I find I cannot love him.”

“Love! What nonsense. A pity I promised your mother on her deathbed I’d only give you away with your own consent. A girl can’t be expected to know what’s good for her.”

She bowed her head in seeming acquiescence. Eliza had been there for her mother’s final breath a few years ago. “Let Eliza marry for love,” she’d pleaded as she fingered the embroidered hem of her sheets weakly. “See what my marriage has been, and let her give her heart and fortune where she pleases.”

Jeremiah took it to mean that his was a love union and had worked out well. Eliza, who better knew her mother’s secret longings and frustrated passions, read those words otherwise.
I had a chance at love with another man,
her mother said in cipher.
But I threw it all away at my family’s behest. I married where they bid me, for money, and had nothing but misery in it all, save for you, my daughter. You have money,
her mother’s dying eyes had said so eloquently.
You can afford to wait for affection.

Eliza clung to that idea, since it so closely matched her own. Though her father was true in the letter to his wife’s deathbed wish, he had plans of his own he was not willing to abandon for the sake of feminine sentimentality.

“What am I to do with you, child? Is there no one pious and decent enough to win you? Ayelsworth has a fair reputation among that stew of rakes.”

So you believe, sir,
Eliza thought. Hortense brought different tidings from gossip gleaned at the Royal Exchange, London’s vibrant marketplace. Ayelsworth was known to frequent the most scandalous brothels (Eliza thought she could perhaps forgive an occasional sojourn to London’s better brothels) and was deep in debt.

“Also,” Hortense had whispered to her before the lord’s arrival, “Bab at the Queen’s Point Shop told me he takes a bolus regular, no doubt mercury for the pox.”

“He’s a perfect match,” Eliza’s father went on. “The highest title to come for you so far.”

“Sir,” Eliza said, “I know your opinions of the court. Why go to such lengths to ally our family with such a licentious place?”

“I have money enough for Midas,” he said, patting her knee kindly. “But His Majesty won’t hear a word from me because I’m a commoner. I’m not pleased with his reign thus far. Better to have stuck with Old Noll and his line, though they were far from perfect. But daughter, hear me! I am a man of power, yet powerless. I have more gold than the king himself, yet this nation muddles on without my say-so. A man, however rich, cannot buy much real influence in the court. But if I can link my family to that of some great noble, I will have a voice at last! And my children after me! Your children, I mean, of course, my dear. Marry an earl, and I can catch the king’s ear!”

And what do you hope to do, sir?
Eliza wondered to herself.
The Lord Chancellor is trying to moderate the king’s appetites, to no avail. Then when the king would do good, would bolster the fleet or let people worship as they will, Parliament thwarts him. Do you think because you’re father-in-law to some poxy coxcomb who cleans the king’s ears each morning you can effect change? The world is what it is, Father. Best to find your place in it, and not try to make the world anew.

Jeremiah sighed. “You must marry, girl. You must marry a nobleman, and you must do it soon, while I can still do some good in that sinful court. I have made a difficult decision.”

Eliza’s eyes flew open. “You must not force me to marry! You promised Mother!”

“I will not force you . . . not yet. You have one last chance to find a noble you can respect. It pains me to tell you this, for I know what a moral and devout child you are. Eliza, I fear you must go to that den of wickedness, the court of King Charles II. My money cannot buy a place for myself, but I can purchase you a position as one of the new queen’s ladies in waiting. They say Catherine of Braganza is convent-bred, and though I don’t hold with popery, they do have a knack for keeping their girls pure-minded. She will keep you safe until such time as you find a suitable noble to wed.”

On Monsters: An Unnatural History of Our Worst Fears by Asma, Stephen T.
PRIMAL Origin by Jack Silkstone
Gone For You: New Kings Motorcycle Club by Amri Ackers
Notes From a Small Island by Bryson, Bill
Book of Shadows by Alexandra Sokoloff
Stone Chameleon (Ironhill Jinn #1) by Jocelyn Adams
HIS (A Billionaire Romance Novel) by Kat Jackson
Obsessed (Book #12 in the Vampire Journals) by Morgan Rice
Promoted to Wife? by Paula Roe
Born Of Fire And Darkness (Book 2) by India Drummond
Our partner