Read Lost for You Online 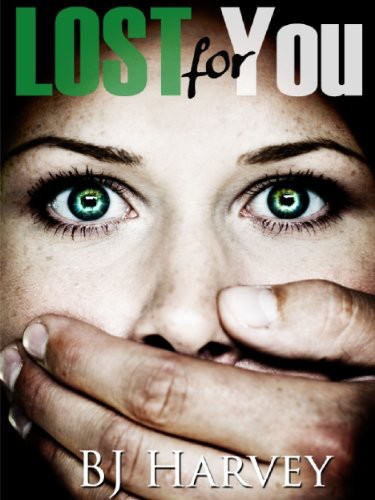 Elle’s life is altered forever after an unexpected phone call and an unwelcome visitor. Trying to put her life back together, Brax’s last words continue to echo through her mind. Why she is being followed and why is she suddenly in danger? The fact that Brax knew about it all and still left her alone, breaks her fragile heart all over again.

Brax will never forgive himself for leaving Elle at a time when she needed him the most, even if he believed it was the only way to protect her. As he makes his way back to her life, he is determined to win her back, regain her trust and help rebuild her for the second time. His return proves he is the same man, yet Elle sees in his eyes a haunted look she knows all too well.

When a confession leaves Elle reeling, her entire life unravels around her. She begins to understand that the people she trusts the most have put her in grave danger and the people who have been protecting her actually want to cause her harm.

Elle soon discovers that the old adage is true, you have to become lost before you can be found.

For pulling me back from the ledge so many times with this book,

I’m surprised we both don’t have whip lash.

It’s been five days since Brax left, and I have a bad feeling about it. Something seems off, but Gibbons says it is the boss man’s orders, so we have to toe the line.

For five days, I’ve been eating, sleeping, and breathing surveillance. I haven’t wanted Elle out of my sight. Brax is like a brother to me; he’s like another member of my family. Therefore, Elle is family too. Family looks out for each other. Protects each other.

Apart from the normal comings and goings of the building’s tenants, there hasn’t been anything out of the ordinary. Elle hasn’t left her apartment at all. I’ve seen her looking out her window a few times, sitting in her loveseat, waiting for him. It crushes me to see her like this; not being able to tell her why he had to leave and that I’m still here, watching her for him.

I’m holding on to the fact that he’ll find his way back to her somehow. I’ve never seen Brax be like this with a woman before. No one has ever come close to Elle for him. She’s his end game, his forever, and damned if I’ll let anything ruin that for him. After all the shit he’s been through with his family, the army, even working for the boss, he needs her. He deserves her.

They both deserve a life of happiness.

So I’ll continue to sit here, continue to be her shadow until he tells me he’s coming back. Until I see his ugly mug in front of me and can breathe a sigh of relief.

I just hope it happens sooner rather than later. For both of their sakes.

It’s hard to see him, but I notice a shadow moving towards Elle’s room, no doubt trying to finish the job. That isn’t going to happen, not on my watch. I’m pissed at myself for letting him get this far. I need to neutralize him, then get to Elle. I have to call Brax too. Dammit, he’s gonna kill me.

I move towards the shadow and bump into someone fairly tall but lanky, definitely not a professional. I rush him and barge him into the kitchen wall with my shoulder. By the way he collapses against the wall, then slides down, I know he’s been knocked out.

I drag my hands around the wall for the light switch. I’m panicking, but I can’t help it, I need to get to Elle. I finally find it and flick the switch. There is a man wearing a ski mask with blond hair poking out of it, slumped against the wall. I check his pulse; he’s still alive, but looks well and truly out for the count. I pat him down, finding a switchblade in his pocket. Grabbing it, I slip it in my back pocket. I go to the kitchen counter and quickly search the top drawer for something to subdue him with. Finding a cable tie, I grab his hands and secure his wrists. It’s not great, but it will have to do until the police get here. I feel my phone vibrating in my pocket, but I ignore it. It’s the least of my worries right now.

Spotting his handgun by Elle’s door, I grab it with the sleeve of my shirt, being careful not to put my prints on it. I put the safety on, then pocket it before rushing into the bedroom to check on Elle, scared shitless by what I might find. I can’t handle another woman close to me being killed.

Flicking on the bedroom light, I look over to her bed and see that she’s pale and clammy; not a good sign. I’m getting flashbacks of five years ago. Dammit, I can’t lose someone else! I can’t let Brax go through what I had to.

Pulling my phone out of my back pocket, I see two missed calls. It starts ringing again, but I cancel it because I need to ring for an ambulance.

I prop the phone between my shoulder and head and rush to her side, grabbing a towel from the floor and holding it tight against her ribs.

“We have a woman shot in her bed. She’s conscious, but she’s having trouble breathing. I think the bullet nicked her lung. The intruder has been incapacitated in the other room. We need an ambulance and a squad car,” I tell the operator, unable to tear my eyes away from Elle.

“I know, babe, and I’ll get him here as soon as I can. I promise,” I say, sliding onto the bed next to her and holding her against me while keeping pressure on the towel. Shock is starting to set in and she’s visibly shaking.

“I’ve gotta get something else to put pressure on the wound,” I say, looking at her. There’s too much blood. I need to slow down this bleeding.

“Bathroom,” she pants. She’s in so much pain; it’s hard to watch.

I get off the bed carefully, not wanting to knock her and race to the bathroom, grabbing a clean towel off the rail and rush back to her side, replacing the now drenched towel against her chest.

“Elle, I need to go check on the guy.” She grabs my shirt, not wanting me to leave her alone. I grab her hand gently.

“I’ll be right back,” I say as I pull away and walk towards the kitchen, finding it empty.

He’s gone! What the hell?

He was out cold. How did I not hear him? I look in the living room and see that the front door is still wide open. Fuck!

I rush back to Elle’s side and listen for sirens, waiting for the ambulance to arrive.

I need to get ahold of Brax. He’s gonna fucking kill me.

The Queen's Favourites aka Courting Her Highness (v5) by Jean Plaidy
Home Alone by Lisa Church
Remedial Magic by Jenna Black
A Necessary End by Peter Robinson
All That I Leave Behind by Alison Walsh
The Key to Rebecca by Ken Follett
A Sister's Promise by Anne Bennett
The Levanter by Eric Ambler
Shooting Butterflies by Marika Cobbold
Catherine's Letters by Aubourg, Jean-Philippe
Our partner