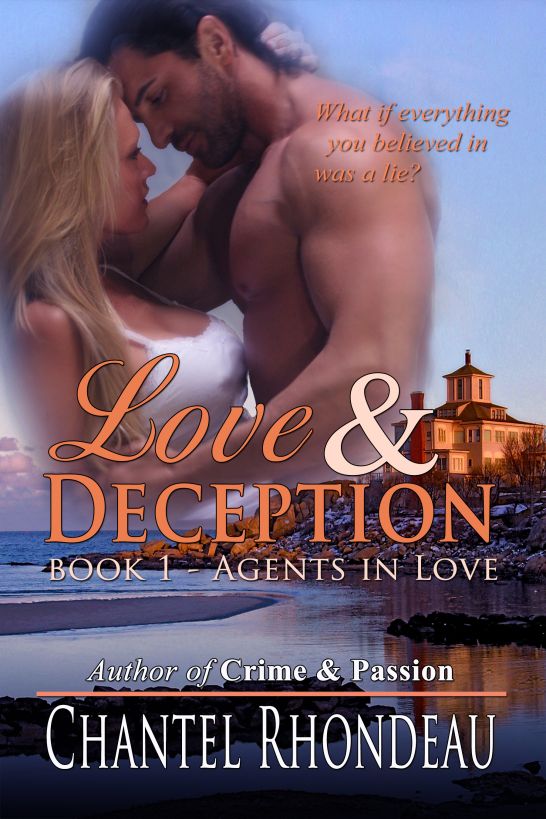 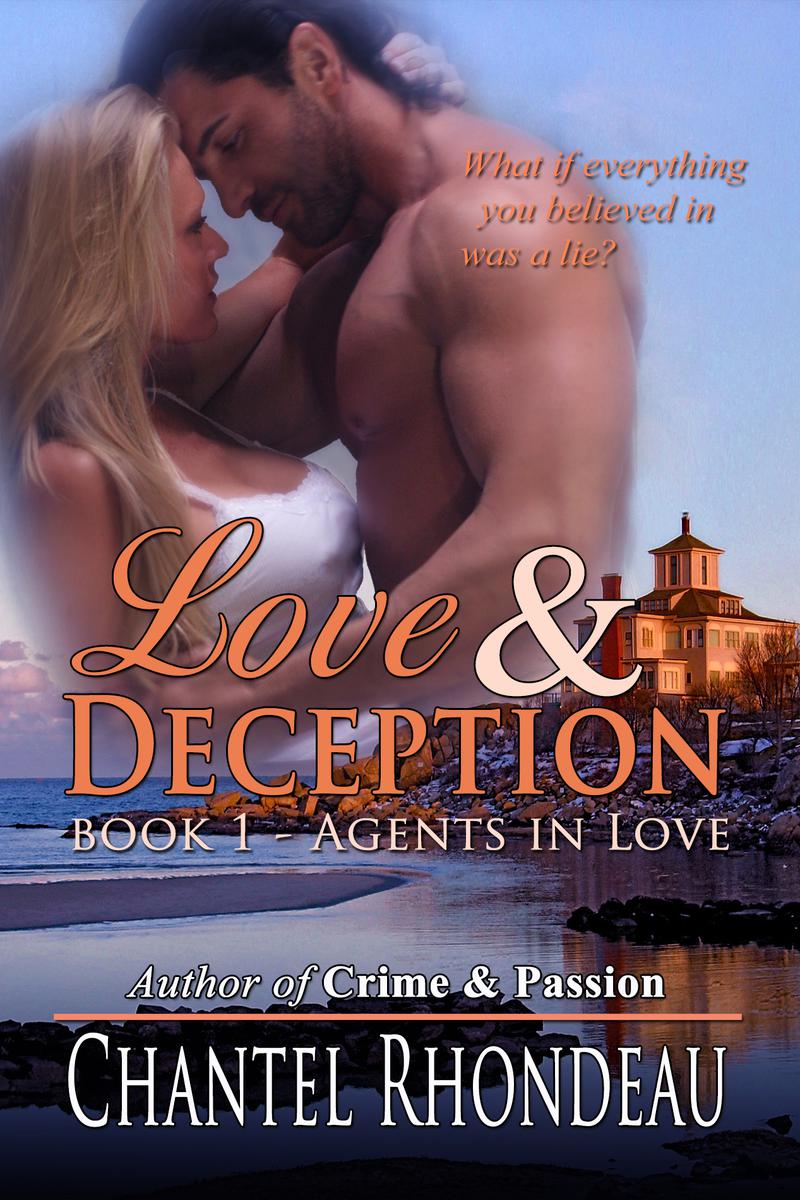 This book is a work of fiction. The
characters, names, events, and places in this novel are used
fictitiously or are products of the author’s imagination. Any
resemblance to real people, living or dead, or to places,
businesses, or events, is entirely coincidental.

To my beautiful daughter and best friend,
Samantha. You give me inspiration every day. I love you more than
words and am so proud of the woman you’ve become.

First and foremost, as always, I would like
to thank my family for putting up with the countless hours I spend
in front of the computer and in my own little world. Their support
means a lot.

A special thanks to my family also for taking
me out of my comfort zone and teaching me to fire a gun (which I
loved, by the way). Not only has it helped make my scenes more
realistic, I faced a lifelong fear of mine about firearms. Also
thanks to my son for teaching me the self-defense techniques
contained in this novel.

My cover was designed by the talented EDH
Designs.

Carlie Hollis gulped in a lungful of air,
keeping a wary eye on her attacker. He made a feint at her left
side, but she was ready for him, deftly blocking the right side
when his fist punched near her face. He launched a roundhouse kick,
tagging her ribs with stinging pain. Faster than she thought
possible, his foot angled high toward her head. Carlie dodged, but
not fast enough. The hard bone of his heel slammed into her
cheek.

Stars exploded in her vision and she rocked
back, holding up her hands in surrender. Carlie’s face throbbed in
time with her heartbeat and tears filled her vision. “Take it easy.
What are you trying to do? Take me down for real?”

Stephen swept dark blond hair from his
forehead and frowned. “You think a real attacker would take it
easy?”

“Probably not, but I would’ve kicked a real
attacker between his legs and took off running.”

She nodded. “Darn straight. I’d do whatever
I had to.”

Carlie looked around the dojo at the other
sparring opponents. Most people in the class wanted exercise or a
place to socialize three evenings a week. She wondered if any of
them were here for the reason she was.

Because one day, my life might depend on
it.

“Look,” Stephen said, “you’re the one who
asked me to help you get ready to test for a black belt. Now you
want me to take it easy?”

Carlie shook her head. “No. You’re right. I
need your help.”

It irked her to admit that. Stephen wasn’t
the kind of guy who gave something for nothing. She had to watch
herself with him. He alternated between charming and sleazy, and
she never knew which to expect. Sensei Hideaki told Carlie several
weeks earlier she wouldn’t be ready to try for her black belt next
month. He wanted her to wait until the following testing period,
but Stephen promised to teach her everything she needed to
know.

“That’s right.” He winked, turning up the
sleaze factor. “Just remember how much you need me, love.”

Carlie knew what came next when he called
her ‘love.’ It was always about sex with him. She spoke before he
could make yet another innuendo about sleeping with her. “That new
guy is a fifth-degree black belt.” She tried to affect indifference
in her voice as she nodded toward the man who joined their class a
month earlier. “Isn’t that two levels higher than you? If my
training is too much for you, I could ask him to help.”

Stephen’s mouth opened, but closed again
before he said anything. He took a step nearer and placed his lips
against her ear. “Nick Kendall is a poser, love,” he said softly.
“Who knows if he even has real skill? He might be lying about where
he earned those stripes for his belt. I mean, look how easy he’s
going on Shelley. He’s not even actually hitting her.”

She watched as the handsome newcomer sparred
with Shelley. Although Carlie had yet to work up enough courage to
talk to Nick, her friend had no such problem approaching members of
the opposite sex. While Carlie watched, Shelley laughed at
something Nick said when she missed a block against his attack.
Easy for Shelley to laugh, since Nick pulled the power from his
kick, gently tapping her leg instead of hitting her full force.

Why the heck doesn’t Stephen do that when I
miss a block? Maybe he’s punishing me for the way our date ended
Saturday.

“See?” Stephen scoffed and ran his hand
along Carlie’s shoulder and midway down her back. “They aren’t even
sparring, they’re flirting. You don’t need a man like that
around.”

Carlie stepped away, taking herself out of
reach of Stephen’s hands before they roved any farther. Deciding
not to point out that he constantly flirted with her, she returned
to a fighting stance. “Shall we continue then? I’m not going to
learn anything by gossiping about Nick and Shelley.”

“Why don’t you come at me?” A small smirk
played around his lips. “If you take your opponent to the ground
and keep your feet, you’ll have a better chance of smashing his
balls and running away.”

With a powerful enough kick, she’d take a
man to his knees without having to get close enough to flip him.
Still, Stephen had a good point. An opponent on the ground was
always at a disadvantage.

She feigned a punch to the left, but knew
Stephen would read that easily so made a second feint to the other
side. She then punched his left kidney, finding the mark when he
put all his effort into blocking the right side. She pulled her
power so it only hit him about fifty percent, but Stephen sucked in
a loud breath, letting her know she scored a good hit.

Grappling his arm in her hands, Carlie spun
her hip to his side, preparing to toss him over her head. Stephen
turned it on her, managing to twist from her grasp and get his arms
around her, gripping her head and forcing her to the ground when he
pushed against her neck with enough power to cause pain.

He stepped back once her knee hit the mat,
shaking his head. “Not good, love. Someone without any training
could have defended against that.”

Bouncing back to her feet, Carlie gritted
her teeth. “If you can’t remember my name,” she glared at him,
“don’t call me anything at all.”

The incessant, condescending way he used
love had been the last straw ending their date the weekend before.
He’d casually said, ‘Let’s go to your place and get cozy, love,’
and Carlie nearly decked him. She held onto her fraying patience
today only because she needed his help, but if he didn’t stop
calling her love, she might make good on her threat to attack his
crotch—and not the way he hoped.

Stephen flashed a bright smile, obviously
not taking her seriously. The problem with Stephen’s attractive,
all-American looks was most girls swooned when he looked at them,
tripping over themselves to do whatever he wanted. Carlie had seen
it with other women in the karate class. Stephen was extremely
handsome, but he knew it, and that was a problem.

An involuntary growl erupted in Carlie’s
throat. She launched herself at him, spinning in a round kick and
striking his thigh full force.

Her second kick angled for his chin, but
Stephen ducked out of the way, catching her foot and twisting it.
Using his greater weight, Stephen pushed her off balance and
slammed her back into the mat. He drove his foot into her abdomen,
forcing the air from her lungs.

“Stop calling me that,” she wheezed, ramming
her fist in the back of his knee and causing his leg to buckle.
Unfortunately, that only resulted in him falling on top of her.

His blue eyes met hers and he jiggled his
eyebrows. “If you wanted me on top, all you had to do was ask.”

Still gasping for air, Carlie didn’t waste
time talking. She struggled to free herself, trying to wiggle from
beneath him. It had been a mistake to take him down. With them both
on the ground, Stephen had an even greater advantage.

“Oh, yeah, love. I like the way you move.”
Stephen planted his knees on either side of Carlie’s waist and
ground his groin against her stomach.

She immediately stopped moving, worrying she
might vomit as bile rose. “Get off, now.”

No longer concerned with technique or
training, all she wanted was away from the creep. She’d had it.
Carlie beat her fists against his chest, not doing any real damage
because she couldn’t get any leverage against him. “Move, you
filthy jerk. I don’t need this kind of help!”

Suddenly, Stephen’s weight lifted off her,
and Carlie watched in amazement as he hit the mat a short distance
away.

“I believe the lady asked you to get away
from her,” a rich baritone voice boomed.

Carlie looked up. Nick Kendall stood next to
her. He crossed his arms over his chest, flexing his biceps in a
way that strained the fabric of his karate uniform while he stared
Stephen down.

Stephen might be a creep, but he was a smart
creep. No one wanted to mess with a fifth-degree black belt. He
jumped to his feet and spread his hands wide. “There’s no trouble
between us, man. I was just helping Carlie with her training.”

Before Carlie could protest, Nick let out a
snort. “I saw the kind of help you give,” he said in a low,
dangerous-sounding voice. “I also saw she didn’t want it. Now, get
away from her before I talk to Sensei Hideaki about the quality of
people he allows in his dojo.”

Stephen puffed out his chest. “Are you
threatening me?”

Carlie tried not to laugh at the shock on
Stephen’s face or the way he shrank back. He was used to being the
golden child of the karate class, having been the highest-ranked
trainee before Nick showed up. Threats didn’t come his way
often.

When he recovered from his surprise, he
glared at Carlie with contempt before looking at Nick. “If you want
the ice queen so bad, you’re welcome to her.” He rolled his eyes.
“Lots of women want me. You’re wasting your time with Carlie
though, friend. Frigid little prick tease, that’s what she—”

Nick’s foot rammed into Stephen’s stomach,
and he doubled over and fell to the ground. Carlie gasped and
looked back at Nick. He appeared completely calm. She hadn’t even
been aware he was about to move.

“I’m sure a certain class of girls like you,
friend
,” Nick said while Stephen twisted on the ground,
writhing in pain, “but some women have taste.” He turned to Carlie
and held his hand out to her. “Sorry about that unpleasantness. Let
me help you up.”