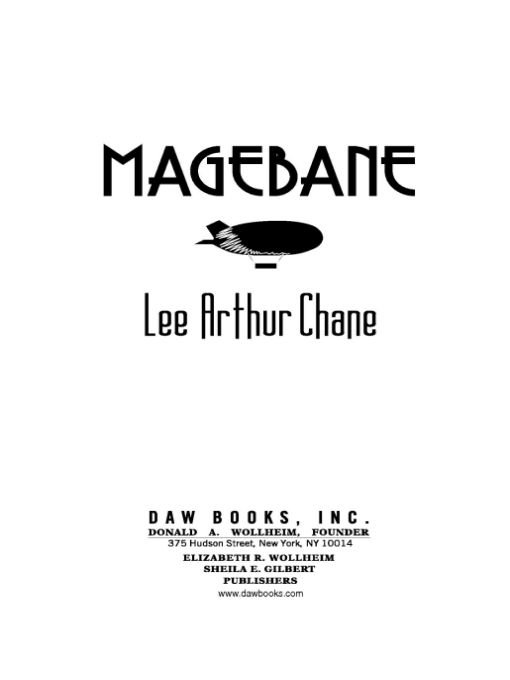 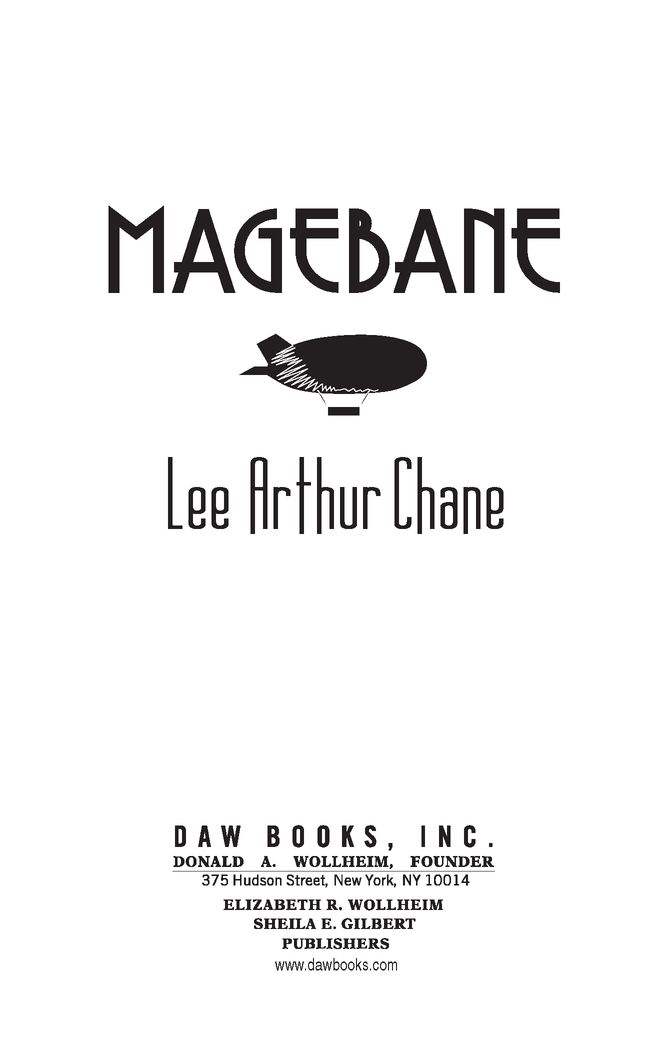 Table of Contents
Title Page
Copyright Page
Dedication
Acknowledgements
Â
CHAPTER 1
CHAPTER 2
CHAPTER 3
CHAPTER 4
CHAPTER 5
CHAPTER 6
CHAPTER 7
CHAPTER 8
CHAPTER 9
CHAPTER 10
CHAPTER 11
CHAPTER 12
CHAPTER 13
CHAPTER 14
CHAPTER 15
CHAPTER 16
CHAPTER 17
CHAPTER 18
CHAPTER 19
CHAPTER 20
CHAPTER 21
CHAPTER 22
CHAPTER 23
CHAPTER 24
CHAPTER 25
CHAPTER 26
CHAPTER 27
CHAPTER 28
CHAPTER 29
CHAPTER 30
CHAPTER 31
CHAPTER 32
CHAPTER 33
CLOSER AND CLOSER DREW THE WALL OF FOG.
Periodically Anton lit the burner to keep them at five thousand feet. Finally the Professor said, “I think it is time to ascend.”
“Yes, Professor,” Anton said. The flame roared, and the airship began to rise through the cold prairie air.
Five thousand . . . six thousand . . . seven . . . eight . . . up and up they went, and still they could not see over the Anomaly. At nine thousand feet their rate of ascent slowed, and the Professor, frowning again at the rock gas tank, said, “I believe we will release ballast, Anton. If you would open the tank?
“Yes, Professor.” Anton bent down and turned a knob protruding through the floor of the gondola at his feet. The airship lurched, then rose much faster than before.
Ten thousand feet. Eleven thousand. Twelve, and they were slowing again. They were almost to the wall of fog marking the Anomaly, and still it rose above them, an impossible cliff of white, swirling vapor. Was it his imagination, or could he feel the chill from it even through his warm leather flying gear?
The Professor peered up into the fog. “I think we need another two to three thousand feet,” he said, his voice grim but determined. “Release the sandbags, please, Anton.”
The ropes dropped from the side of the gondola, the sandbags slipping off them to plummet toward the prairie below. Suddenly, it felt like a giant had grabbed them and hurled them, spinning, into the sky. The world whirled through Anton's vision, wall of fog, sunlit prairie, wall of fog, sunlit prairie. The spinning, mercifully, stopped, but hard on its heels came the unmistakable sound of tearing silk....
Copyright Â© 2011 by Edward Willett.
Â
Â
All characters and events in this book are fictitious.
Any resemblance to persons living or dead is strictly coincidental.
Â
Â
The scanning, uploading and distribution of this book via the Internet or via any other means without the permission of the publisher is illegal, and punishable by law. Please purchase only authorized electronic editions, and do not participate in or encourage the electronic piracy of copyrighted materials. Your support of the author's rights is appreciated.
Â
Nearly all the designs and trade names in this book are registered trademarks. All that are still in commercial use are protected by United States and international trademark law.
Â
Â
Â
Â
Â
Â
First Printing, October 2011

This book is for my brothers,
Dwight and Jim. They know why.
ACKNOWLEDGMENTS
A large chunk of this book was written at the Banff Centre during a week-long, self-directed residency there in the fall of 2009. My thanks to the Centre for providing such a spectacular place in which to think and work without interruption.
Heartfelt thanks as always go to my editor, Sheila Gilbert, who has the uncanny knack of figuring out both what's right and what's wrong with a novel, and helping the writer make it the best it can be.
Thanks as well to my agent, Ethan Ellenberg, for his knowledgeable advice and hard work on my behalf.
And, finally, the deepest thanks of all to my wife, Margaret Anne, and daughter, Alice, for putting up with the very strange circumstance of having a husband and father who spends all day playing make-believe in his head. I love you both.
PROLOGUE

YEAR 742 OF THE GREAT BARRIER
Â
ALONE ON A HILL, the Healer watched the Minik village burn. Through the smoke, she heard the screams of dying men, violated women, terrified children. Through the smoke, she saw blue-white flashes of magic slashing, burning, mutilating. Through the smoke, she saw the men MageLord Starkind had brought north, murdering the people she had come to help.
In her hand she held her cloth bag of potions for pain, nostrums for nausea, compresses, bandages, sutures, and splints. In her mind, she held her own skills, wisdom, knowledge, and experience . . . and her own measure of power; but the soft magic of which she was a skilled mistress could do nothing against the hard magic of the MageLord.
The Healer had come to help the Minik. Now all she could do was watch them die.
The MageLord's men rode away. The screams had ended long before. The smoke remained, like a funeral shroud drawn mercifully across a ravaged corpse.
The Healer descended the hill and passed through that shroud. As the light faded toward night, she searched the smoldering ruins for anyone left alive. She found nothing but corpses.
All the Minik she had come to help, the Minik she had come to love, had diedâslain by the swords and spears and hard magic of the MageLord and his Mageborn followers.
She climbed the hill to the south of the village once more. The north wind blew the mingled smells of death and smoke into her nostrils. She breathed deep of that acrid stench . . . and breathed deep of hate.
This cannot stand
, she thought.
This
will
not stand.
The MageLords' reign must end.
She turned and stalked away into the night, the north wind at her back.
Â
Â
YEAR 775 OF THE GREAT BARRIER
(YEAR 128 OF THE REVOLUTIONARY CALENDAR)
Â
Anton, bare back cold against wet stone, bare feet colder on wet cobblestones, waited in the rain for the old man to leave the mansion.
He'd waited there the night before, a warmer night than this, but the “Professor,” as the storekeepers on Hawser Street had called him, had stayed in, even though for a week before that he had gone out at the same time every night. But tonight, right on schedule, the door to the rented mansion opened and closed, and the Professor descended the front steps, wearing a heavy black coat and gloves, face hidden beneath an umbrella. He climbed into the waiting cab. The driver, dry beneath his own umbrella, clucked to the horse and flicked the reins, and the cab clattered across the cobblestones of the courtyard, turned down an alley, and trundled off toward the glow of gaslights.
The instant it left the yard, Anton pushed away from the wall and dashed across the cobblestones, feet silent, water running down his back and dripping from the ragged bottom of the short pants that were all he wore: he'd left his only half-decent set of clothes tucked away somewhere dry, to warm him when he had finished this night's work. A miasma had descended on the port city of Hexton Down, sickening many, killing a few; if he fell ill, he had no physician to turn to . . . hadn't had one since he was twelve, five years gone, before his mother died, his father took to drink, and he fled to the streets to avoid the beatings.
The old house where the Professor had taken up lodgings had been empty for a long time before that . . . empty, but not unused. Long since, Anton had discovered a basement window that could be opened despite its lock, if you had the knack of it, and he had spent many a night in the house since, mostly wet, cold nights like this one.
He'd searched the house from top to bottom, several times, and found nothing of value in it; every room was neat and clean and dry, but empty of so much as a whisk broom. At the back, the house connected to a warehouse, and the warehouse, at its far end, opened onto the dock. Obviously it had once belonged to someone with shipping interests. Anton had been very careful, as he'd explored, to leave no trace of his presence, fearing the owners, if they discovered the house had been broken into, would find the loose basement window and seal it up for good.
But tonight he had more in mind than simply sheltering from the rain. The old man had money, lots of it. Box after box, some small, some large, had been delivered to the house since he had rented it: some to the front door, many others to the warehouse. There had to be something of value in there . . . maybe even something that could buy him passage on a ship, away from this hellhole and off to the Wild Land. They said anyone could make a new life for himself in Wavehaven or the towns and villages beginning to spring up inland, and Anton desperately needed a new life. If the black cough or the bullyboys didn't get him, the press-gangs would, and Anton didn't fancy spending his next few years, probably his
last
few years, in either a mine or a man-of-war, thank you very much.
The rain might chill him, but at least it also made it unlikely anyone would notice his silent dash across the cobblestones, or when he vanished from sight down the narrow space between the Professor's house and the one next door, also attached to a warehouse on the docks, and also empty. The storekeepers said the Union Republic's economy had taken a turn for the worse and many businesses had gone bankrupt, but since his own economy hardly could
get
any worse, he hadn't personally noticed.

The Button Man: A Hugo Marston Novel by Pryor, Mark
Stay by Jennifer Sucevic
Decker (Torey Hope: The Later Years #1) by A. D. Ellis
The Anchor Book of Chinese Poetry by Tony Barnstone
It All Comes Down To Zombies: Sarah by Millaray, Rayne
At the Break of Day by Margaret Graham
Textile by Orly Castel-Bloom
Hard Fought (A Stepbrother Warriors Novel) by Loren, Celia
The Murder House by Simon Beaufort
A Parchment of Leaves by Silas House
Our partner