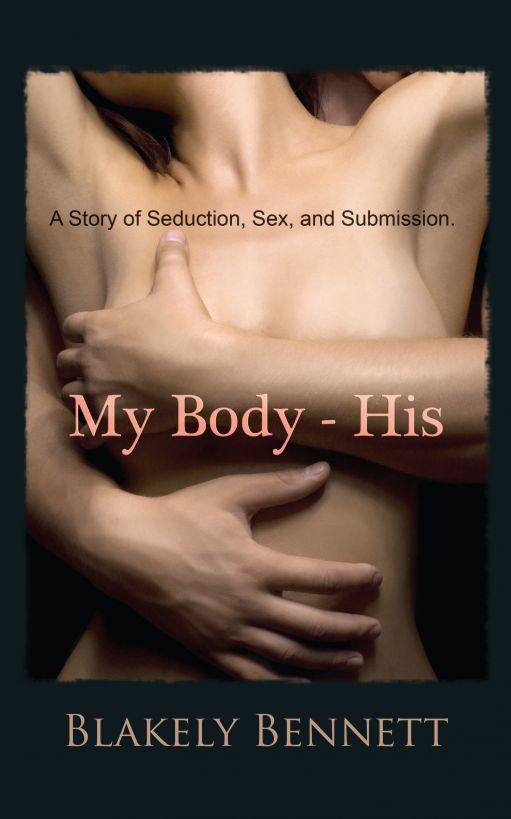 For more information go to: www.fannypress.com

All rights reserved. No part of this book may be
reproduced or transmitted in any form or by any means, electronic
or mechanical, including photocopying, recording, or any
information storage and retrieval system, without permission in
writing from the publisher.

This is a work of fiction. Names, characters, places,
brands, media, and incidents are either the product of the author's
imagination or are used fictitiously.

Produced in the United States of America

This ebook is licensed for your personal enjoyment
only. This ebook may not be re-sold or given away to other people.
If you would like to share this book with another person, please
purchase an additional copy for each person you share it with. If
you're reading this book and did not purchase it, or it was not
purchased for your use only, then you should return to
Smashwords.com and purchase your own copy. Thank you for respecting
the author's work.

My husband, lover, and best friend.

Thank you for your encouragement

and for being my biggest fan.

This novel would never have been written had it not
been for my husband’s support of my dream to be a writer. Not only
did he implore me to try again to get
My Body-His
published,
but he offered me suggestions and advice all along the way.

A huge thank you to Catherine Treadgold and Fanny
Press for believing in my writing and bringing her editing
expertise to
My Body-His
.

Thanks to the people who read parts of the story and
provided invaluable feedback, including the Seattle Writers’ Group
and R., who inadvertently gave me, “Get Lost Creep.”

Thank you to T., who was the first person other than
my husband to read the story all the way through. His enthusiasm
motivated me to keep at it.

Fellow author S. Twigg and I were editing buddies for
a while and I owe him a shout-out for his support.

Thank you David D. and Shana R. for reading and
encouraging me.

A big hug and kiss to Mauricio P. for his brilliant
suggestion to lose “Luke” in the title of the first book. I knew
the second he said it that he was right.

A final and huge thanks to you, my reader.

As on any other hot, sunny day in Florida, I returned
from work to my apartment, which was located a mile from the beach
and served as both my refuge and my cage. A lonely weekend
stretched out before me. My two best friends had other things to
do. Sandy had recently moved in with her boyfriend, Jason, so I
hadn’t seen much of her lately, and Parker had flown out of town to
visit her sister.

If something didn’t awaken me soon, I would surely
die of apathy. I craved excitement, anything to get my adrenaline
pumping so I would know I still existed inside this trapped,
mundane life of mine. One of my outlets, other than running, was
reading. However, whenever I returned from the other world of
predestined love to my prosaic existence, I was even more aware of
the stark contrast between those stories and my life. I had given
up reading romance novels a few months earlier, knowing such bliss
would never be mine. No man had ever swept me off my feet or made
my pulse race like those in the stories I had read. My mother
worried I would end up alone and, honestly, so did I. Sandy had
found “the one” for her but for me love didn’t seem to be in the
cards.

I don’t mean to imply I’d remained a virgin; I’d had
boyfriends and lovers. Scott, my running buddy, occasionally
offered his services, but for me earth-shattering orgasms existed
exclusively in the realm of fiction. Maybe I lived too much in my
head to experience heart palpitating attraction to another.

I had my dream wedding all planned out in my mind and
my dream man as well, although I couldn’t easily identify him in a
magazine. Sandy felt I was way too picky and Parker thought I
should be more selective. In my fantasies, I wore an ivory wedding
dress with a long train and matching veil and carried a daisy and
baby’s breath bouquet. I walked through a lush garden toward my
man, who was dressed in a black tux.

Definitely too many romance novels for me,
I
thought.

Shaking my head to rid myself of dismal thoughts, I
grabbed my running clothes. I needed the physical experience of
running so fast I could barely catch my breath. I needed the
release.

I jogged over to Hollywood beach, working up to my
usual pace. After my legs finally warmed up, I felt someone
approach me from behind.

“
How would you feel about going to a party with
me tonight?” Scott asked as he fell in beside me.

“
Uh … I don’t know,” I said, briefly glancing
in his direction. Normally we’d just hang out at his place if we
were both in the mood.

“
We can just hang out there, have a few
drinks.” He touched my shoulder so I would slow down. “Look, it’s
cool if you don’t want to go or if you have something else to
do.”

“
Why no single guys?” I said, slowing my pace
to a slight jog.

“
I figure they want a good balance between men
and women,” he said, averting his eyes and shifting his body in a
way that indicated he was hiding something.

I brushed off my concern as I thought it over for a
moment longer. I couldn’t stomach another Friday night alone in my
apartment. “Sure, why not,” I said. “I need to run home—”

“
Cool,” he said, coming to a complete stop.
“Meet me at my place around 9:30.” He smiled, revealing his sexy
dimples, and then headed in the opposite direction.

I picked up the pace again, more excited than I’d
been in a long time.

By 9:15 p.m. that evening, I stood ready in front of
the mirror. The beige, fitted spaghetti-strap top complemented the
brown skirt. Tan sandals completed the outfit. I lined my bright,
yellow-green eyes with brown eyeliner to make their color stand
out. My wavy brown hair hung loosely, flowing over my shoulders and
down to the middle of my back.

I avoided looking directly into my eyes because
sometimes I could see my own desperation too close to the surface.
I also wished my nose were a bit straighter. It didn’t look large
or disfigured, just slightly crooked. Parker always said I had a
warped sense of my looks. Taking one last quick peek, I felt
satisfied and grabbed my purse to head out the front door.

On my way back to Scott’s place I remembered the
first time he had run up beside me and struck up a conversation. He
wasn’t at all hard to look at. He had a runner’s body—strong cut
legs and a nice round butt—short-cropped curly black hair and
bright green eyes. I wished I had his thick black eyelashes. He
dimpled when he smiled and tilted his head in a way I found
irresistible. Even though he didn’t have my number and I didn’t
have his, our arrangement worked out fine.

As I parked in a guest spot, I could see Scott
waiting by his car near the front of the building in a light blue
Izod shirt and dark jeans. We drove in silence and in less than
twenty minutes, we were parking on the lawn of a towering house
surrounded by large banyan trees. Vines climbed the lattice on the
front of the house, darkly and ominously cloaking the home. The
windows were barely visible. The large wooden door might have
adorned a castle on a set for a horror movie.

As I got out of the car, I had a feeling of
foreboding but passed it off as nervousness. After all, I knew no
one there other than Scott and hadn’t been to a party in a
while.

As we entered the dimly lit house, I noticed candles
burning from wall sconces and candelabras. A chill ran up my spine
that I should also have heeded as a second warning but again
ignored. I noticed a staircase on the right, just past the foyer.
On the left there was a sitting area with mismatched couches and
chairs that reminded me of a frat house. The front of the house
seemed devoid of human life other than Scott and me, but I could
hear voices and music coming from deeper inside. The smell of
candle wax combined with a faint sweetness reminded me of pie
baking in the oven.

We walked along a tiled hallway that led to the back
of the house. On my right was the kitchen, lined by a long counter
bar. Across from the entrance to the kitchen was a large sectional
couch crowded with people cozily talking and drinking. I looked
around at the huge back room, where several couches and chairs
surrounded a pool table off to the left. A wall of sliding glass
doors covered with thick brown drapes lined the back wall, with one
section pulled back to reveal an opening. “Use Somebody,” by Kings
of Leon, blared from speakers surrounding the room.

I could see people milling about outside. The three
who emerged wore all black and reminded me of Marilyn Manson fans
because of their androgyny. On the couches were people I guessed to
be about my age of thirty-five or slightly younger. They were
dressed more sedately than their Goth counterparts. I turned to
seek the comfort of Scott’s presence but he had disappeared.
Suddenly I felt very alone.

I walked over to the bar and filled a glass with the
ladle from a clear punch bowl. I took a sip but quickly spit it
back into the cup. I tried to find a garbage can to throw it away
but couldn’t locate one in the kitchen.

“
Stay away from the punch,” Scott said as he
sidled up beside me, wrapping his arms around my waist.

“
Yeah,” I began, “figured that out for myself.”
I leaned into him, glad not to be alone. “Where’s the garbage
can?”

“
Outside,” he called over his shoulder as he
strode away.

Abandoned again, I slipped through the hole in the
wall of curtains and stepped onto a wooden multi-layered deck. The
music followed me outside and switched to a song that escapes me
now. An L-shaped pool wrapped around the side of the house and as I
stepped forward a few steps, I could see that it ended in a
whirlpool. I found the garbage can and, while disposing of the cup
of punch, caught a glimpse of a naked woman slipping into the
swirling water.

What the hell am I doing here?
I thought.

I quickly turned around and claimed the closest
lounge chair. The wooden deck started at the sliding doors and
surrounded the pool. People milled about, talking and laughing. To
the left of the open door stood two kegs. Several people circled
the large aluminum barrels and drank beer out of red plastic cups
with Japanese characters on the side. That made me wonder about who
might own the place.

I couldn’t tell the exact number of people because
the crowd seemed to be in constant motion, but there must have been
at least fifty or sixty. Two men and a woman sat on the lounge
chair next to mine. The woman had the same dress as the rest of her
Goth clan but the men both wore long shorts with button-down
shirts.

Moments later, I smelled the distinct odor of
cannabis. There was no mistaking it, even if it had been years.
Taking in the scene around the pool, I felt a soft touch on my
shoulder. I turned to find one of the guys—rather cute—leaning over
and offering me a joint.