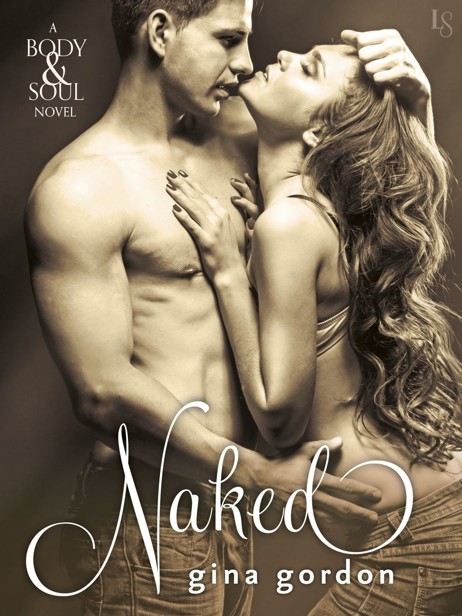 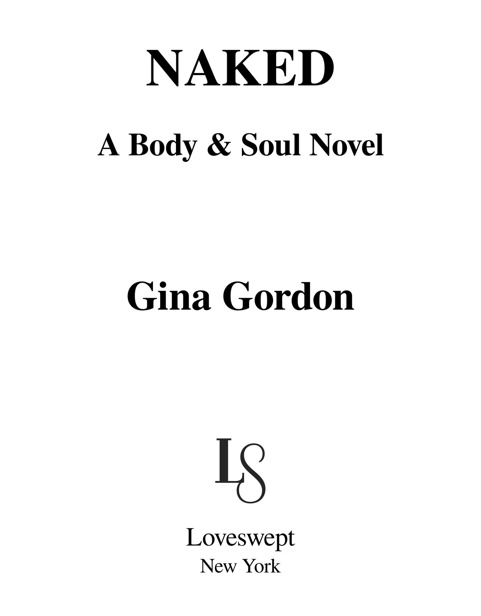 Naked
is a work of fiction. Names, places, and incidents either are products of the author’s imagination or are used fictitiously. Any resemblance to actual events, locales, or persons, living or dead, is entirely coincidental.

Excerpt from
Seduced
by Gina Gordon copyright © 2016 by Andrea Foy

LOVESWEPT is a registered trademark and the LOVESWEPT colophon is a trademark of Penguin Random House LLC.

This book contains an excerpt from the forthcoming book
Seduced
by Gina Gordon. This excerpt has been set for this edition only and may not reflect the final content of the forthcoming edition.

Just a little to the…BINGO!

Violet Walker sipped on her morning coffee and enjoyed her favorite moment of the day: the moment her hot neighbor climbed up on his roof. Who knew fixing shingles could be so mesmerizing?

He’d finally made his way to the left side of the house, which meant his tight, perfect ass was always on display. Although his tight, rippled abs in a well-fitted T-shirt weren’t hard on the eyes either.

She sank down in her chair when he made a sudden shift. In the three months since he’d shown up, they had never conversed. There had been some close calls since she’d started ogling him from her window. Once she’d had to duck and hide on all fours because he’d turned, and she could have sworn they’d made eye contact.

“Violet! Are you listening to me?” Roxaline King, her best friend, screamed into the phone.

“Yes, yes.” She put down her mug on the outdated dining room table; just one of the items that had come with the purchase of the house. “Get off my ass. Date. Have fun.” Violet swiveled in her chair, taking her eyes off the dreamboat for a moment.

Roxy’d been squawking the same thing for the past five months. Since the day Violet had set foot in this small town and hidden from…everyone and everything she’d ever known. Her perfect life was no longer perfect, and she just didn’t know how to exist in that world.

“And what’s our mantra?” Roxy asked.

Violet groaned. “It’s
your
mantra. Not mine.” She and Roxy had
very
different sex lives. Something that Violet had always been envious of. She’d tried to rectify it once, and it only served to tear her life apart.

“Well…?” She imagined Roxy standing there, tapping her foot on the ground waiting for her compliance.

With a heavy sigh, Violet repeated the three words Roxy had lived by since they were in high school.
“Fuck. Rinse. Repeat.”

Roxy squealed in excitement. “Not necessarily in that order
or
with the same guy.”

Violet laughed, loud enough that she glanced over to the open window to make sure hottie hadn’t heard. “You’re going to get yourself into so much trouble one day.”

“And I can’t wait for that day.” Silence fell between them, which meant Roxy had something on her mind. “I’m worried about you.”

It might annoy the shit out of her, but Violet appreciated that someone still called to check up on her. Her mother was preoccupied, trying her best to keep their family whole, and her father…

Since he’d been diagnosed with early onset Alzheimer’s, there were times when he didn’t even remember her name.

“You’re in a depressing funk. It’s that damn town. You spend any more time there and you’ll be a townie. I know you visit the local grocery store and know everyone’s name. I know you do.”

She laughed, imagining Roxy pointing at her as if they were in the same room. Even though it had been two weeks since her best friend had visited.

“It’s sort of like living in Stars Hollow.” The addition of all seven seasons of
Gilmore Girls
to Netflix might have been the best thing to happen to her since she’d moved here.

But Roxy was right. She was a long way from the private schools, social dinners, and charity galas they’d grown up with. The town of Stillbride wasn’t conducive to mani-pedis and colorists.

Soon enough, she’d be home permanently. Her father had agreed to her six-month isolation on the condition she’d make the time useful and scope out some new land for her dream project. Which was why she’d purchased this house and intended to purchase every other house within a mile radius to build Walker Industries’ first residential subdivision. Her father had groomed her since birth to take over the family commercial construction business, and she loved every moment of her job—despite the terror that gripped her at the thought of the impending handing over of the reins.

A sharp hammering caught her attention and she stood, making her way to the window. She hugged the edge, letting only her face peek through the curtain while she raised on her toes, welcoming the bite of pain—an old habit from years of taking ballet as a child. Dreamboat was hunched over; his white tank hugged his perfect torso and showed off the full sleeve of tattoos on his left arm. Her mouth watered. God, she was pathetic. It had been much too long since she’d gotten some, and she didn’t see that streak ending anytime soon. She was a grieving fiancée, for goodness’ sake.

She sipped on the bitter brew that she’d sweetened with vanilla-flavored cream, holding it in front of her face while tapping her finger on the rim. She was using
his
mug. Steven’s. Even after five months of careless use, the cup was perfectly intact. Unlike him. Unlike her life.

A loud bang caught her attention and she whipped her gaze to the window only to witness her neighbor tumble, head over feet, off the roof.

“Oh, shit!” She whipped her hand up to cover her mouth. “He just fell off the damn roof.”

“Who? What?” Roxy screeched.

“My neighbor.” She scrambled to the dining table and set down her cup. “He just fell off the fucking roof.”

“You’re spying on the neighbor?”

That’s what she’d picked up from this?

“I have to go.” She slammed her phone on the table and raced out her front door. She darted across her lawn, the fresh spring air pleasant on her skin. She didn’t get nearly enough of it.

She hit the sidewalk and stepped onto his property, running to the back of the house where she hoped the gate to the backyard would be open, or at least unlocked.

She slammed into it, feeling around the top for the metal lock, but her fingers seized.

Her heart was pounding out of her damn chest. She jiggled the lock, but her fingers refused to grasp the too-small latch. “Damn it. Just hold on,” she yelled.

What if she didn’t get to him in time? His head could be bleeding out this very second.

She kicked at the gate and the impact was just what she needed. She used the back of her hand to slide the clasp and she pulled back the door so hard, it banged against the brick of the house behind her. “Are you all right?” she called out while running down the side of the house. “Should I call nine-one-one?” When she finally hit the backyard she stopped short. “What the…?”

Instead of a body splattered across a concrete patio as she was expecting, she found her neighbor lounging on a trampoline. Which was what had caught his fall when he’d…Her brain spun with possibilities. She looked up at the roof. At the ladder that was propped up against the back of the house. At the trampoline. At the man. “Did you…did you fake falling off the roof?”

What kind of person would do that?

“Why would you
fake
falling off the roof?” Her voice was a couple octaves higher than normal. She grabbed at her chest. This was what a heart attack felt like. She was sure of it.

“How else was I going to get you to come over here?”

She was sure she felt her mouth hit the grass beneath her with a thud.

“I’ve lived here for three months and not so much as a hello.” He flashed a set of white teeth that sparkled against his tanned skin.

Sweet merciful heavens. Are those dimples?

“But I know you like watching from your window.”

Shit! He did see her watching him.

“I…well…I just wanted to make sure you didn’t fall and break your neck.” She shrugged, giving her best impression of nonchalance. “You don’t have a harness in place. It’s dangerous.”

Get yourself together. No man has ever tied your tongue.

His eyebrow quirked up. “How do you know about roof safety measures?”

He just lay there, his broad chest rising and falling with his steady breath. He was rugged. Masculine. With a shaved head and chocolate brown eyes that seemed to see right through her. Now that she was this close, she noticed his facial hair—at least two days’ worth of it. She’d never felt the hard scrape of stubble against her skin. She’d fantasized about it, even craved it occasionally.

Stop it. Get your head on straight. You’re not feeling anyone’s stubble between your legs.

What? Who said anything about him being between your legs?

When she turned her attention back to him, he just stared at her in curiosity. His eyes zeroing in on her body caused her nipples to harden. But a heavy throb started in her hand, grounding her back to reality. She squeezed it tight then shook it out, trying to manage the discomfort. “That’s neither here nor there.”