Read Niagara: A History of the Falls Online 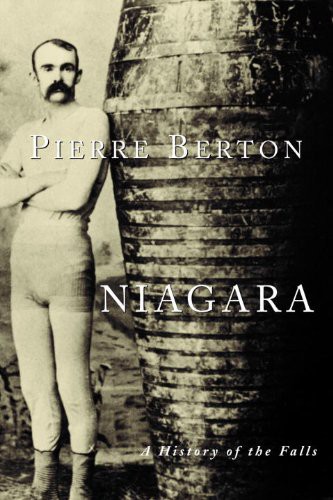 Full of heroes and villains, eccentrics and daredevils, scientists, and power brokers, Niagara has a contemporary resonance: how a great natural wonder created both the industrial heartland of southern Ontario and the worst pollution on the continent.

From the Trade Paperback edition.

Sometimes a place can be as good a subject for a "biography" as a person--and Niagara Falls turns out to be such a place. Fortunately, it found its ideal biographer in Canadian historian Pierre Berton, who chronicles its colorful history with a storyteller's verve. Niagara Falls was a sort of laboratory and breeding ground for a wide variety of American phenomena: carnivals and theme parks, destination tourism, industrialization based on cheap hydroelectric power, and the conservation movement, among others. Berton weaves all this together in a readable, well-paced book rich with anecdotes, memorable characters, and nicely crafted language.

The first Europeans to see Niagara Falls were struck with an awe akin to terror, but with the passage of a couple of centuries the site came to be regarded as the ultimate symbol of God's creative power. Even Charles Dickens, who didn't think much of what he found on this side of the Atlantic, was deeply moved. In the 19th century, the American side of the falls became a Mecca for honeymooners, first luring the rich and then the middle class as well. Later in that century, the unparalleled opportunity for hydroelectric power, combined with the development of alternating current, which meant that electricity could be sent over long distances, brought a wealth of industrial development. Canadian historian Berton (The Wild Frontier) tells dozens of absorbing tales about the region and those who passed through it: the "funambulist" Blondin, who danced on a tightrope high above the chasm; John Roebling, better known for the Brooklyn Bridge than for the one he built to span the Niagara River; the adventurers and crackpots who went over the falls in barrels; the lengthy struggle to close the Love Canal toxic waste dump. He tells them all superbly, aided by essential maps and a few reproductions of posters advertising some of the more bizarre stunts.
Copyright 1996 Reed Business Information, Inc. 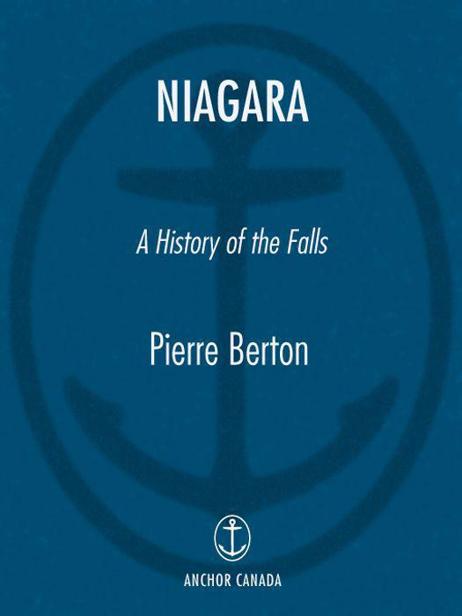 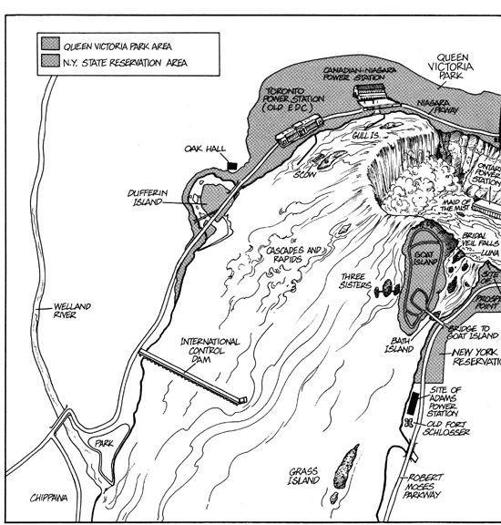 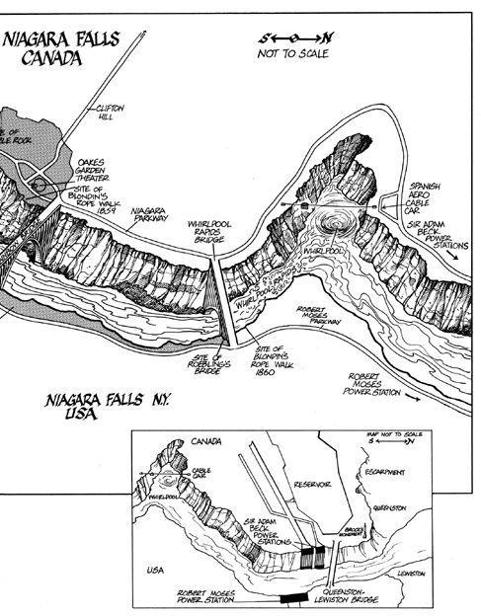 The Indians hold Niagara
claims its yearly meed of
victims. It may be so. Or does
Niagara thus avenge itself on
the civilization that has
trimmed and tamed its forests
and dressed it up in tinsel-
coloured lights? 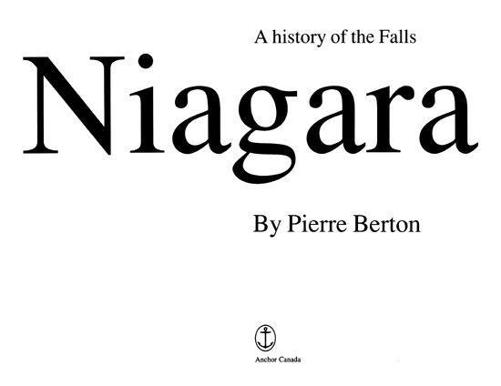 All rights reserved. The use of any part of this publication, reproduced, transmitted in any form or by any means electronic, mechanical, photo copying, recording or otherwise, or stored in a retrieval system without the prior written consent of the publisher — or, in the case of photocopying or other reprographic copying, a license from the Canadian Copyright Licensing Agency — is an infringement of the copyright law.

Anchor Canada and colophon are trademarks.

Published in Canada by
Anchor Canada, a division of
Random House of Canada Limited

Adventures of a Columnist

The Cool, Crazy, Committed World of the Sixties

The Invasion of Canada

Flames Across the Border

My Times: Living with History

Marching as to War

The New City (with Henri Rossier)

Farewell to the Twentieth Century

Welcome to the Twenty-first Century

The Secret World of Og

3. The jumper and the hermit

2. The father of geology

Sophie Morgan (Book 1): Relative Strangers (A Modern Vampire Story) by Treharne, Helen
The River Is Dark by Joe Hart
Too hot to handle by Liz Gavin
Old Powder Man by Joan Williams
Camp Rock 2 by Wendy Loggia
The Fall (Book 2): Dead Will Rise by Guess, Joshua
A Wolf of Her Own by Susanna Shore
A Perfect Night by Unknown
LustUndone by Holt, Desiree
Cherry Money Baby by John M. Cusick
Our partner