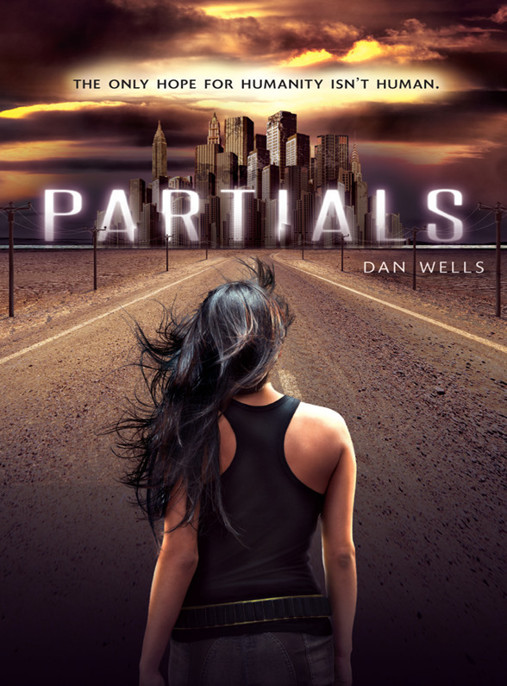 This book is dedicated to the rule breakers,
the troublemakers, and the revolutionaries.
Sometimes the hand that feeds you needs a good bite
.

They didn’t even name them anymore.

Kira Walker looked on helplessly while Dr. Skousen examined the tiny body. The nurses—half of them pregnant as well—recorded the details of its life and death, faceless in bodysuits and gas masks. The mother wailed despondently from the hallway, muffled by the glass. Ariel McAdams, barely eighteen years old. The mother of a corpse.

“Core temperature ninety-nine degrees at birth,” said a nurse, scrolling through the thermometer readout. Her voice was tinny through the mask; Kira didn’t know her name. Another nurse carefully transcribed the numbers on a sheet of yellow paper. “Ninety-eight degrees at two days,” the nurse continued. “Ninety-nine at four o’clock this morning. One-oh-nine point five at time of death.” They moved softly through the room, pale green shadows in a land of the dead.

The nurses ignored her. This was the third birth this week, and the third death; it was more important to record the death, to learn from it—to prevent, if not the next one, then the one after that, or the hundredth, or the thousandth. To find a way, somehow, to help a human child survive.

I can’t do this anymore
, thought Kira.
I’m here to be a nurse, not an undertaker—

“Heart rate?” asked the nurse again, her voice insistent. It was Nurse Hardy, the head of maternity.

“My figures confirm,” said another nurse. Nurse Hardy wrote the numbers down but scowled at Kira.

“You need to stay focused,” she said gruffly. “There are a lot of medical interns who would give their right eye for your spot here.”

In the center of the room Dr. Skousen stood, handed the dead infant to a nurse, and pulled off his gas mask. His eyes looked as dead as the child. “I think that’s all we can learn for now. Get this cleaned up, and prepare full blood work.” He walked out, and all around Kira the nurses continued their flurry of action, wrapping the baby for burial, scrubbing down the equipment, sopping up the blood. The mother cried, forgotten and alone—Ariel had been inseminated artificially, and there was no husband or boyfriend to comfort her. Kira obediently gathered the records for storage and analysis, but she couldn’t stop looking at the sobbing girl beyond the glass.

“Keep your head in the game, intern,” said Nurse Hardy. She pulled off her mask as well, her hair plastered with sweat to her forehead. Kira looked at her mutely. Nurse Hardy stared back, then raised her eyebrow. “What does the spike in temperature tell us?”

“That the virus tipped over the saturation point,” said Kira, reciting from memory. “It replicated itself enough to overwhelm her respiratory system, and the heart started overreaching to try to compensate.”

Nurse Hardy nodded, and Kira noticed for the first time that her eyes were raw and bloodshot. “One of these days the researchers will find a pattern in this data and use it to synthesize a cure. The only way they’re going to do that is if we…?” She paused, waiting, and Kira filled in the rest.

“Track the course of the disease through every child the best we can, and learn from our mistakes.”

“Finding a cure is going to depend on the data in your hands.” Nurse Hardy pointed at Kira’s papers. “Fail to record it, and this child died for nothing.”

The head nurse turned away, but Kira tapped her on the shoulder; when she turned back, Kira didn’t dare to look her in the eye. “Excuse me, ma’am, but if the doctor’s done with the body, could Ariel hold it? Just for a minute?”

Nurse Hardy sighed, weariness cracking through her grim, professional facade. “Look, Kira,” she said. “I know how quickly you breezed through the training program. You clearly have an aptitude for virology and RM analysis, but technical skills are only half the job. You need to be ready, emotionally, or the maternity ward will eat you alive. You’ve been with us for three weeks—this is your tenth dead child. It’s my nine hundred eighty-second.” She paused, her silence dragging on longer than Kira expected. “You’ve just got to learn to move on.”

Kira looked toward Ariel, crying and beating on the thick glass window. “I know you’ve lost a lot of them, ma’am.” Kira swallowed. “But this is Ariel’s first.”

Nurse Hardy stared at Kira for a long time, a distant shadow in her eyes. Finally she turned. “Sandy?”

Another young nurse, who was carrying the tiny body to the door, looked up.

“Unwrap the baby,” said Nurse Hardy. “Her mother is going to hold her.”

Kira finished her paperwork about an hour later, just in time for the town hall meeting with the Senate. Marcus met her in the lobby with a kiss, and she tried to put the long night’s tension behind her. Marcus smiled, and she smiled back weakly. Life was always easier with him around.

They left the hospital, and Kira blinked at the sudden burst of natural sunlight on her exhausted eyes. The hospital was like a bastion of technology in the center of the city, so different from the ruined houses and overgrown streets it may as well have been a spaceship. The worst of the mess had been cleaned up, of course, but the signs of the Break were still everywhere, even eleven years later: abandoned cars had become stands for fish and vegetables; front lawns had become gardens and chicken runs. A world that had been so civilized—the old world, the world from before the Break—was now a borrowed ruin for a culture one step up from the Stone Age. The solar panels that powered the hospital were a luxury most of East Meadow could only dream of.

Kira kicked a rock in the road. “I don’t think I can do this anymore.”

“You want a rickshaw?” asked Marcus. “The coliseum’s not that far.”

“I don’t mean walk,” said Kira, “I mean this—the hospital, the infants. My life.” She remembered the eyes of the nurses, pale and bloodshot and tired—so very tired. “Do you know how many babies I’ve watched die?” she asked softly. “Personally watched, right there, right in front of me.”

Marcus took her hand. “It’s not your fault.”

“Does it matter whose fault it is?” asked Kira. “They’re just as dead.”

“No one has saved a child since the Break,” said Marcus, “no one. You’re a three-week intern in there. You can’t beat yourself up for not doing something even the doctors and researchers haven’t been able to do.”

Kira stopped, staring at him; he couldn’t be serious. “Are you trying to make me feel better?” she asked. “Because telling me it’s impossible to save a baby’s life is a really stupid way of doing it.”

“You know that’s not what I mean,” said Marcus. “I’m just saying it’s not you, personally. RM killed those children, not Kira Walker.”

Kira glanced out across the widening turnpike. “That’s one way of looking at it.”

The crowd was getting heavier now as they approached the coliseum; they might even fill it, which they hadn’t done in months. Not since the Senate passed the latest amendment to the Hope Act, dropping the pregnancy age to eighteen. Kira felt a sudden knot in her stomach and grimaced. “What do you think the ‘emergency meeting’ is about?”

“Knowing the Senate, something boring. We’ll get a seat by the door so we can slip out if Kessler goes off on another tirade.”

“It will at least be self-important,” said Marcus. “You can always rely on the Senate for that.” He smiled at her, saw how serious she was, and frowned. “If I had to guess, I’d say they’re going to talk about the Voice. The word in the lab this morning was that they attacked another farm this week.”

Kira looked at the sidewalk, studiously avoiding his eyes. “You don’t think they’re going to lower the pregnancy age again?”

“So soon?” asked Marcus. “It hasn’t even been nine months yet—I don’t think they’d drop it again before the eighteen-year-olds even come to term.”

“They would,” Kira said, still looking down. “They would, because the Hope Act is the only way they know how to deal with the problem. They think if we have enough babies, one of them’s bound to be resistant, but it isn’t working, and it hasn’t worked for eleven years, and getting a bunch of teenagers pregnant is not going to change that.” She let go of Marcus’s hand. “It’s the same thing in the hospital: They take care of the moms, they keep everything sterile, they record all the data, and the infants are still dying. We know exactly how they’re dying—we know so much about how they’re dying it makes me sick just to think about it—but we know absolutely nothing about how to save them. We get a bunch of new girls pregnant, and all we’re going to have are more dead babies and more notebooks full of the same exact statistics for how those babies died.” She felt her face grow hot, tears coming behind her eyes. Some of the other people were looking at her as they passed on the road; many of the women were pregnant, and Kira was certain some of them had heard her. She swallowed and hugged herself tightly, angry and embarrassed.

She leaned into him. “Thank you.”

Someone shouted through the crowd. “Kira!”

Kira looked up, wiping her eyes with the back of her hand. Madison was weaving through the press of people, waving excitedly. Kira couldn’t help but smile. Madison was a couple years older, but they’d grown up together, practically sisters in the makeshift family they’d formed after the Break. She raised one hand and waved back.

Madison reached them and hugged Kira excitedly. Her new husband, Haru, followed a few steps behind. Kira didn’t know him well; he’d been in the Defense Grid when he and Madison met, and only transferred into civilian duty when they’d gotten married a few months ago. He shook her hand and nodded solemnly to Marcus. Kira wondered again how Madison could fall for someone so serious, but she supposed everyone was serious compared to Marcus.

“You can see me?” asked Marcus, patting himself in sudden shock. “The potion must have worn off! That’s the last time I give my lunch to a talking squirrel.”

Madison laughed, and Haru raised his eyebrow, confused. Kira watched him, waiting, until his lack of humor was so funny she couldn’t help herself and burst into laughter as well.

“How are you guys doing?” asked Madison.

“Ariel had her baby.”

Madison went pale, and her eyes drooped in genuine sadness. Kira could see how much it hurt her, now that she was almost eighteen. Madison wasn’t pregnant yet, but it was only a matter of time. “I’m so sorry. I’ll follow you back after the meeting to say hi to her, and see if there’s anything I can do.”