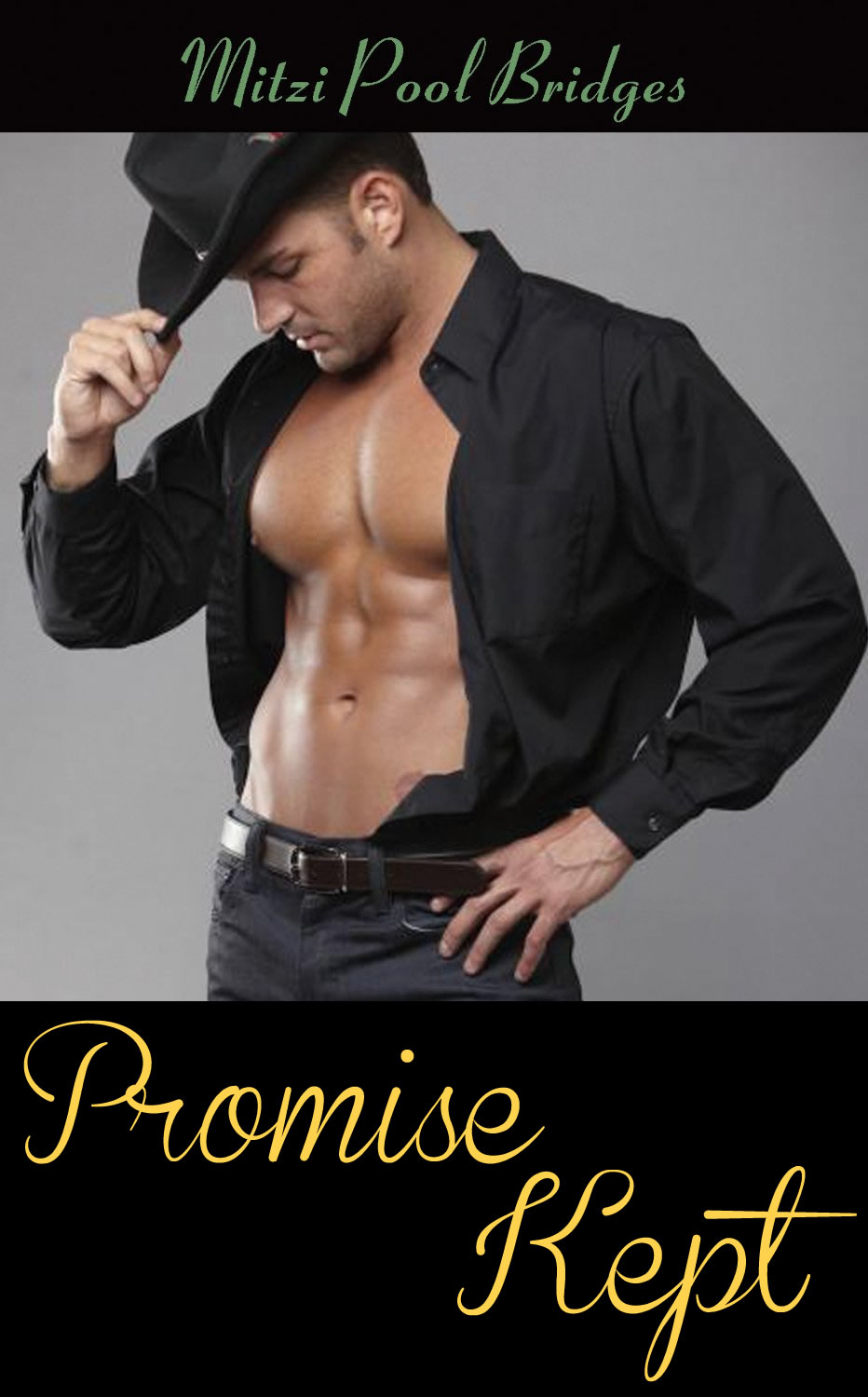 “A natural born storyteller, Mitzi writes from the heart.”

“Heartfelt romance combined with intriguing mysteries keep me guessing, and urge me to read more of Mitzi’s well-written books. They grab my attention from start to finish.”

“You have a wonderful creative ability to write interesting and intriguing stories. I have enjoyed all you have written.”

For my wonderful family

I love you all

The day from hell was finally over.

Donovan Callahan let out a tired breath as he reached to open the screened back door.

Loud and urgent voices stopped him.

Mom and a man he didn’t recognize. Did he hear tears in his mother’s voice?

He gave a quick glance around. No car. No truck. He jerked open the door, ready to slam inside and confront the man who had put his mother in distress.

“Donovan can’t find out!” he heard her cry out.

Stunned, Donovan shut the door quietly. What couldn’t he find out?

“He looks just like him,” the man said. “If Perkins comes here, there’s no way to keep Donovan from finding out. Right now the bastard’s just down the road in San Antonio.”

His mom started to cry. Deep heaving sobs that made Donovan’s blood chill.

She’d cried like this years ago when Dad died, but never since. Not even when they thought they’d lose the ranch.

Who is Perkins? What the hell does he have to do with me or with Mom?

Unable to bear the painful sobs another second he burst into the room. “Mom?”

Her sobs choked off. A look of terror contorted her face.

He went to her, sat beside her on the sofa, and wrapped an arm around her shoulders. As she buried her face in his shoulder, he felt her tremble. She was petrified.

Glaring at the man sitting in the recliner across from them, he growled, “Uncle Raymond. I should have known.”

Donovan was proud of the closeness between himself and his brothers and sister. His mom’s brother was a different story. The two of them had been orphaned at a young age and sent to separate foster homes, but his mom made a point of keeping in touch. Raymond had been in the Air Force for the last thirty-five years and had just retired. Now he was making her cry
.

Donovan’s gaze locked onto his uncle. “My name was mentioned,” he said with a calm he didn’t feel. “I’d like an explanation.”

“I…” His mother couldn’t continue, but he felt her stiffen, then slump, her chin dropping onto her chest.

“Shall I?” his uncle asked.

Donovan’s gut clenched. Whatever this was had to be serious. “Well?” He glared at his uncle. “Talk to me.”

“Liar!” Donovan yelled, leaping to his feet. Looking around wildly, he let his gaze shift from his uncle to his mother’s bent head. The blood rushed from his head and the room tilted beneath him.

“Whoa,” he muttered, forcing the room to steady again, to block out what he’d heard. “Mom?”

Her broken sob was his only answer.

Donovan allowed himself a look at his mom. She didn’t have to say a word; the truth showed in her face, contorted now with both fear and anguish.

He was the son of a rapist!

No! His dad was Duncan Callahan, the man who taught his oldest son how to run a ranch, how to rope and brand a steer. He was a loving and caring father until the day he died.

But Donovan remembered when he was younger he’d asked both his dad and mom why everyone in the family had either red or reddish brown hair and his was black. Why they had green eyes while his were blue. The answer was always the same. “You favor a distant relative.”

He looked at the woman who taught truth to her children, but lied to him. “Who is he?” His throat felt raw, his voice guttural.

Once more his mother shook her head.

Raymond was a big man, but Donovan pulled him up from the chair, clenched the man’s shirt. “Evidently, you know more about him than Mom. So, tell me who he is and where I can find him.”

“I want the truth,” Donovan warned, his grip tightening.

It took every ounce of his waning willpower to keep from hitting his uncle. Thankfully, he had enough sanity left to realize it wasn’t his uncle he wanted to pulverize, but the man who had raped and impregnated his mother. He turned to her. “Just tell me.”

His mother swallowed hard, opened her mouth to speak, but no words came out. She shook her head and buried her face in her hands.

Donovan loosened his hold when Raymond started to talk. “You may not believe this, but I love your mother. When she told me about the rape, it cut deep. It happened years ago, but I didn’t forget. I wanted to kill that spoiled rich kid—Carl Perkins. Your mother was in school in Austin. After the rape, Carl left school and moved to the East Coast. I joined the service. When I had the money, I hired a private investigator to keep tabs on him. Once a year, the PI sent a report. When I heard Perkins was in San Antonio, I thought Nellie should know.”

“Does he know about me?” Donovan asked, his throat so tight he had to squeeze the words out.

“If Perkins investigated Nellie like I investigated him, he could put two and two together. Far as I know, no one told him.”

“You don’t,” his mother cried out. The first words she’d spoken.

Donovan looked to his uncle, but the man turned away.

He whirled around. Going past the kitchen and into the mudroom he grabbed his Stetson, letting the door slam loudly behind him.

His boots kicked up dust as he hurried to his truck.

Speeding down the drive, he swerved around a shiny black Hummer parked at the front of the house that obviously belonged to his uncle.

The day from hell went from bad to worse. From worrying whether he could coax his prize bull back across the fence where he belonged, from slogging through mud to get a calf out of the pond, to learning that he’d been lied to since the day he was born.

His life as he’d known it was over.

His head and heart were filled with regret. All his life he’d been told that the ranch came down from one generation of Callahans to the next. All these years Donovan had assumed he was the next in line. He’d lived a lie. He wasn’t a Callahan.

Carl Perkins, the man who raped his mom, the man who had not only stolen Donovan’s heritage, but also destroyed his life, would pay.

A month later, Donovan had made little headway. At first, he didn’t think it would be hard to find Perkins. But Donovan was close to broke from trying. He had to sell his truck and max out his credit cards to keep the search going.

He threaded his way through the tourist-packed Riverwalk area of San Antonio. A flat-bottomed boat filled with happy, smiling tourists pushed away from the pier. He walked past the fancy hotels, kept walking until he was in the deepest part of old San Antonio.

Here it was still festive and bright, but in a different way, and just as busy. Everyone had a job, whether it was behind the counter at a curio shop, hawking tacos from a wagon on the sidewalk or selling T-shirts in front of a souvenir shop. He hurried past, feeling a stab of nostalgia at the routine of lives they took for granted.

Over the days and weeks since his discovery, his anger had been reduced from its initial violent high to a low simmer. Each day he awoke with the same thought. Find Carl Perkins and beat the hell out of the bastard.

Two weeks earlier, he’d passed the small office of Maddox Investigating Services. Hector Maddox was in his mid-fifties, almost bald, with a paunch that spilled over his size forty pants. Hector wore a good ol’ Texas boy attitude, but Donovan had perceived a sharp mind and hired him on the spot.

Every evening they met at the same hole-in-the-wall bar. Though every evening Maddox had little to report, Donovan had more hope of finding the man. Maddox had checked the usual places, plus a few Donovan hadn’t thought of. Last night he hadn’t showed. He did leave a message with Jose, the bartender, to meet around three today.

Maddox had found Perkins. Donovan was sure of it. Once he took care of Perkins, Donovan could get on with his life. His mouth curled in contempt. What life? He couldn’t go back to the ranch. How could he?

Stepping into the dim bar, he let his eyes adjust from the bright sun. The smell of stale beer and half-smoked cigarettes hit him just as they had that first day. He looked around. No Maddox.

After taking a bottle of Coors from José, Donovan sat at a small table in the far corner of the room.

For the first time in his life, he was alone. He was no longer the oldest son of Duncan and Nellie Callahan—no longer the eldest son who ran the ranch, or the Callahan who stepped in to help raise his three brothers and sister after his dad’s fatal accident. He wasn’t a Callahan at all.

He was the son of a spoiled and rich rapist.

Maddox stepped through the doorway, searched the mid-afternoon patrons until he spotted Donovan. There was a shimmer of knowing around him Donovan hadn’t seen before.

“What did you find?” Donovan asked when Maddox reached the table.

“My feelers finally paid off. I spent last night and most of today verifying my findings.”

“Tell me.” Donovan’s hands turned white as he gripped the bottle.

“Died two weeks after he got here. Can’t believe it took me this long to find out. He was in a bar fight and got cut up pretty good. Whoever did the cutting took his ID. The day after you hired me, someone came here hunting for him. She found him at the morgue, identified the body and took him back east. I think it was his ex-wife wanting alimony. Anyway, that’s when they found out who he was and why it took so long to find him.”