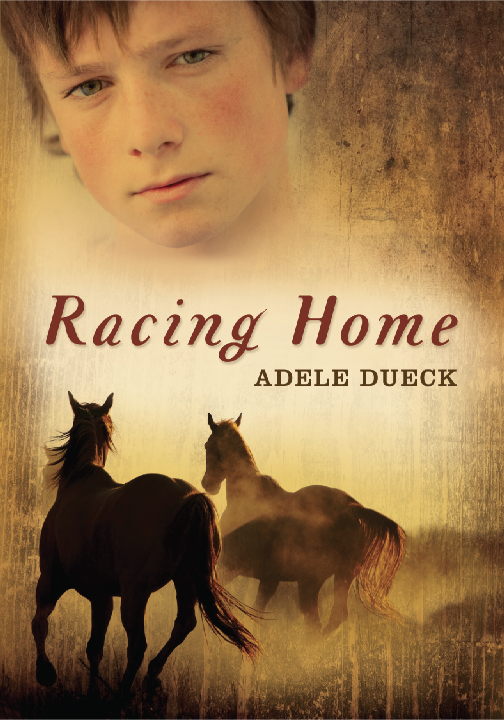 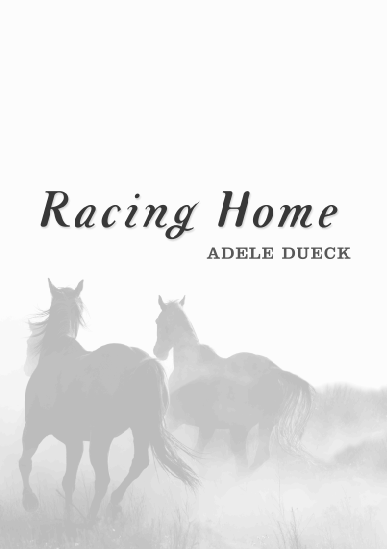 All rights reserved. No part of this publication may be reproduced, stored in a retrieval system, or transmitted, in any form or by any means, without the prior written consent of the publisher or a licence from The Canadian Copyright Licensing Agency (Access Copyright). For an Access Copyright licence, visit www.accesscopyright.ca or call toll-free to 1-800-893-5777.

This novel is a work of fiction. Names, characters, places and incidents either are the product of the author’s imagination or are used fictitiously. Any resemblance to actual persons, living or dead, is coincidental.

Printed and bound in Canada by Houghton Boston

Available in the US from:

To my husband, Raymond, who supports me in every way.

Erik stormed out of the general store, letting the door slam behind him.

They’d come all the way from Norway to find his stepfather’s brother, but he was never where he should be.

Stepping into the street was like walking into a sauna. Erik wiped the sweat from his face, wishing he could get back on the train and leave the dusty grey town far behind. He wanted to yell or throw things. He wanted to tell his stepfather how stupid it was to travel thousands of kilometres to see someone who wasn’t there.

Mostly he wanted to ask his mother why she’d married Rolf Hanson. Erik was twelve; he was sure he could have supported the family. She hadn’t needed to marry just to get a home.

She’d told Erik they’d live in Rolf’s house in the village and he could go to his grandparents’ farm whenever he wanted.

Instead Rolf had moved the whole family to America.

Shading his eyes from the hot sun, Erik saw his sister running toward him, her shoes pounding the boardwalk, her long, almost-white braids flying behind her.

“Mama fainted,” exclaimed Elsa. “I heard someone fall and people yell. When I turned around Mama was on the ground.”

“What do you mean? Weren’t you with her?” Erik grabbed Elsa’s hand and started running.

“I was sitting beside some people speaking English. I was trying to see if I could understand them –”

“You were supposed to stay with her.”

“I don’t think so. A lady helped her to the bench and brought water.” Elsa hardly had breath to speak. “Mama didn’t say, but I knew she’d want me to get you and –”

“I didn’t,” Elsa protested. “Where is he? Where’s –” There was the smallest of pauses. “Where’s Rolf? Mama will want him, too.”

“In a store,” Erik said, pulling her along.

“Should I go back for him?” Elsa tried to free herself but Erik didn’t loosen his grip.

“He knows where Ma is. He’ll come when he’s ready.”

When they reached the train, Erik saw that people had begun unloading their settlers’ cars, piling belongings everywhere. He dropped Elsa’s hand as he scanned the crowd.

“He’ll be worried.” Elsa glared at Erik before marching away.

Rolf had married Erik’s mother in October, 1907. In March, 1908, they’d crossed the ocean to New York, then gone on to Minnesota to meet his brother.

Only Lars wasn’t there. He’d left a message about going to a town called Hanley, in Saskatchewan. After three months in Minnesota, they loaded all their belongings in a train and headed north.

Now they were in Hanley and Lars was gone again.

Through a gap in the crowd, Erik saw his mother on a bench. A woman in a dull green dress sat beside her, patting her hand.

“Ma! Are you all right?” he asked when he reached her. “What happened?”

“I’m just tired,” she said. “I didn’t know a train ride could be so difficult.”

“It was terrible!” exclaimed the other woman in Norwegian. “Two weeks we were on that train, what with all the stopping and waiting. It’s no wonder you fainted, you poor dear, and in your condition, too.”

Erik shot the woman a sharp look.
What condition?

“Where is Rolf?” Erik’s mother, Inga, asked hurriedly. “I thought you were together.”

“We were,” said Erik, “but he was talking to a storekeeper. I was outside the store when Elsa came.”

“He wouldn’t let me get Papa,” Elsa added indignantly.

“He’s not here,” said Erik. The minute the words were out of his mouth he regretted them. He should have let Rolf tell her his brother had let them down again.

“Not here?” repeated Inga. She pressed her free hand to her forehead.

“Rolf will explain,” said Erik. He moved away, watching a man leading horses out of a boxcar. Erik wished they had a team like that instead of Rolf’s clumsy oxen.

“Inga, I found him!” Hearing Rolf’s voice, Erik came back to the platform. “I found Lars.”

Inga’s eyes met Erik’s for a moment, her lips pressed together firmly, but when she turned to Rolf she was smiling.

“That’s wonderful. Do they live here in town? Did you see Kirsten and –” There was a slight hesitation. “And Olaf, too?”

“Well, no,” Rolf said, rubbing his thick red beard. “I didn’t see any of them. But,” he added more quickly, “I know where they are. They’ve moved to a new town just a short distance away.”

Erik stifled a groan.
So much for finding Lars.

“He and his partner own a lumberyard here,” Rolf went on, “and they’re going to build one in the new town. His partner, Gunnar Haugen, invited us for supper and to stay the night.”

“Inga, are you all right?” asked Rolf, dropping to one knee beside her. “Should I find a doctor?” He glanced around. “There must be one in a town this size.”

“Or a buggy? Maybe someone can give you a ride to the Haugens’ place.”

“First I must speak to the station agent,” said Rolf. “We’ll unload the car after we eat.”

The animals should be unloaded now, Erik thought. The cow and oxen needed to walk. They’d been fed and watered, but they’d be weak from not moving for so long.

Rolf was back in a moment. “There’s no hurry,” he said. ”The train doesn’t leave till tomorrow.”

“Did he speak Norwegian?” asked Elsa.

“No, but my bit of English seemed to work.” He tugged on one of Elsa’s braids. “Did you think I’d need you to translate?”

Erik followed slowly as Elsa skipped along beside Rolf and Inga. None of them, not even his mother, glanced back to see if he was coming.

Someone bumped into Erik from behind, almost knocking him over. “Get out of the way, kid!”

Erik stumbled, glimpsing pointed-toed boots and wide-brimmed hats. Cowboys! As the two men stepped into a building, one glanced over his shoulder at Erik, revealing a sour face and a drooping black moustache. Through the open door, Erik saw other men sitting at tables, drinking and playing cards.

A moment later, Elsa dropped back beside Erik. “It doesn’t look anything like Norway, does it?” she said.

Erik glanced at the grey buildings lining the dusty street. There was nothing behind them but blue sky and prairie.

“No,” he said shortly. “It doesn’t look anything like Norway.”

He wished he was still on his grandfather’s farm, not here in this flat land with its unpronounceable name. He missed the mountains and the trees. Even Minnesota was better than this. At least there were hills there. The part of Saskatchewan he’d seen was barren and empty. Only someone who knew nothing about farming would think he could farm here. Someone like his stepfather, who’d never ploughed a field in his life.

Rolf stopped beside one of the unpainted buildings.

“This is the store Lars owns with Gunnar Haugen,” he said. He led them around the side of the building past piles of lumber and poles. The door opened just as Rolf lifted his hand to knock. A man stepped outside, stopping suddenly when he saw them.

“Ah, Rolf Hanson!” he exclaimed in a deep, booming voice. “You’re here quickly. This must be your wife.” He held out his hand to Inga and then to Elsa and Erik. Eric saw his mother wince when he grasped her hand. When his turn came, he realized why. He wondered if Gunnar Haugen had broken anyone’s bones while shaking hands.

“I’m sorry that Lars and Kirsten aren’t here to greet you,” he said, still speaking Norwegian. He stuck his head into the room behind him. “Luise,” he bellowed, adding in English, “Come out here!”

“I don’t know how good your English is yet,” he said, switching back to Norwegian. “But Luise, my wife, she speaks German. No Norwegian at all, so I don’t use it around her. S
he does
n’t talk German to me, either – except when she’s angry, of course.” He laughed as his wife joined them.

The smell of food surrounded them as they stepped into the kitchen. After days of flatbread and
gjetost,
Erik was excited to have a real meal again.

The table was set with bowls and mugs. Mrs. Haugen pointed to a bench for Elsa and Erik, then gave chairs to Inga and Rolf. Mr. Haugen pulled up a chair for himself, still talking. It was English with just a word of Norwegian here and there. His English was simple enough that Erik knew he’d heard most of the words before, but he had to think hard to remember what they meant.

Star Sullivan by Binchy, Maeve
Giovanni's Room by James Baldwin
Absolution Creek by Nicole Alexander
The Uninvited by William W. Johnstone
DIARY OF AN OXYGEN THIEF By Anonymous (The Oxygen Thief Diaries) by Anonymous
Making Mina 2: Strings Attached by Graves, Tacie
Shades of the Past by Kathleen Kirkwood
Sin Eaters: Devotion Book One by Kai Leakes
Kicked by Celia Aaron
The Sixth Family by Lamothe, Lee
Our partner