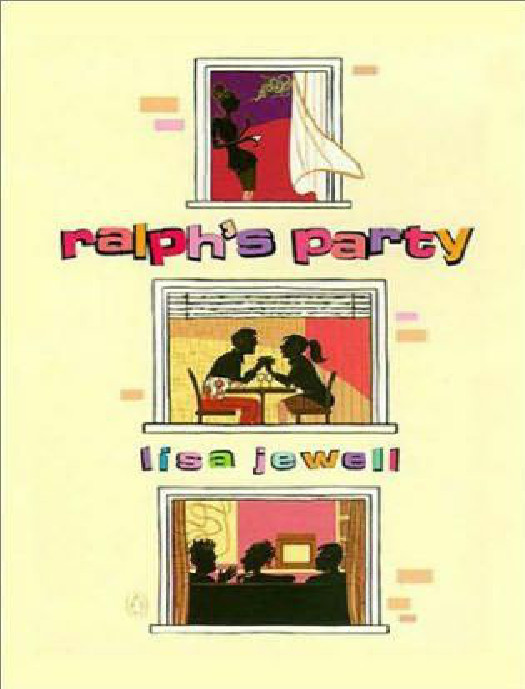 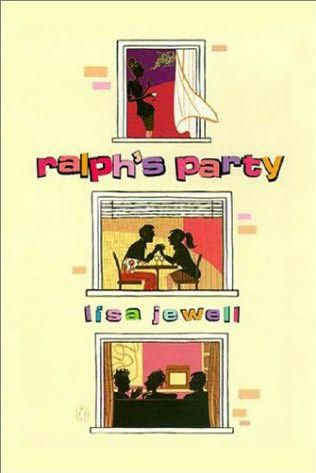 Smith put the phone down and glanced around the living room. A few people had already been round that night, and the flat was stil relatively tidy after an earlier blitzing.

Ralph and he had reached decisions quickly and cruely. It would be obvious in a moment that someone was unsuitable, but they al got the tour: 'And this is the kitchen - you'l be pleased to hear we've got a dishwasher
and
a washer-dryer!'; the talk: 'Smith's up with the lark during the week but we both like a lie-in at the weekends'; the interview: 'What do you do for a living?'; and the conclusion: 'Wel, there's stil a few more people to see the flat —

give us your phone number and we'l let you know.' Always the ful fifteen minutes,

Jason had sounded hopeful on the phone but turned out to be looking for a ready-made social life. 'I just want to live somewhere that's got a bit of life - d'you know what I mean?' he'd said, his eyes wide and over-keen.

'Erm, maybe you could explain?' Ralph had asked, thinking of the nights that he and Smith spent hopping mindlessly through forty-seven cable channels without talking and going to bed, stoned, at midnight.

Jason sat forward on the sofa and cupped his kneecaps with his hands. 'Like, for example, where I live at the moment, al that happens is I get home from work every night and nobody wants to do anything. It pisses me off, d'you know what I mean?'

Ralph and Smith had nodded sympatheticaly and felt old.

Monica had been a born-again Christian - would it bother them if she spoke in tongues occasionaly? -and Rukhsana appeared to be on the run from an abusive arranged marriage. Her hands shook throughout the meeting, her dark eyes unable to rest on one object or hold a gaze. She explained that she and her husband were having a 'trial separation'. Ralph and Smith decided that a permanent separation from Rukh-sana's sad but unpalatable situation would be best for them.

Simon had been sweet but at least twenty stone, his frame throwing the rest of the flat temporarily but of proportion, the sofa making a painful noise it had never made before as he gingerly lowered his bulk on to it.

Rachel had the sort of skin condition that made them want to hoover the flat the minute she'd left, and John smelt of Pedigree Chum. They'd just about given up hope.

'Who was that on the phone?' Ralph switched on the television and spread-eagled himself on to the sofa, the remote control poised for action in his hand.

'Someone about the flat,' Smith replied from the kitchen, 'a girl -

she's on her way over now. She sounded nice.' He kicked the door of the dishwasher closed. 'Her name's Jem.'

Jem took the first turning off Battersea Rise, which brought her into Almanac Road, a smal sweep of three-storey Edwardian houses, long and thin with basements — unusual for this part of South London.

As she walked down the road, peering nosily into uncurtained basement flats, she began to feel strangely like she had been here before. There was something familiar about the proportions, the width of the pavement, the colour of the bricks and the spacing between the weedy saplings that lined the road.

Jem stopped outside number thirty-one, and the feeling of familiarity increased further. She suddenly felt safe, like a child coming home after a tiring day out, to a warm house and Saturday-afternoon television.

Jem glanced down into the basement flat and saw a young man, his back to the window, talking to someone out of view. It was then that she knew she had been here before. Maybe not this exact place, but somewhere very similar. In her dreams, since she was a teenager - a basement flat in a tal house in a terrace; a view through the window, at night, the room lit up; a man on a sofa smoking a cigarette, whose face she couldn't see. Her destiny. Was this him? Jem rang the doorbel.

The girl standing in the doorway was tiny, about five foot two, black curly hair held on top of her head with pins and clips in some complicated but very feminine style that looked as if it should have sported ivy wreaths. She was post-coitaly pretty, with cherry-red cheeks and a bitter-sweet mouth, the bottom lip drawn back very slightly under the top, and her eyes were bright and mustardy, framed by mascaraed lashes and faint but lively eyebrows. She should have been wearing wood-nymph muslins and lacy leather sandals but instead had on an equaly beguiling soft flannel suit with fur at the colar and cuffs and a short skirt that would have looked obvious on a taler woman. The tip of her nose was winsomely pink.

Smith let Jem walk in front of him down the hal, watching her as she turned her head this way and that, examining the pictures on the wals, peering through half-open doors and patting table-tops as she went. She was definitely cute. She turned to Smith.

'This is lovely, realy, realy lovely.' She smiled widely and suddenly turned to face the wal, grabbing the top of the radiator with both hands and letting out a sigh of relief. 'Sorry,' she laughed, 'my hands are freezing, like blocks of ice - feel.' She made her smal white hands into fists and placed one on each of Smith's cheeks. 'It's so cold out there!' Smith started and felt suddenly shy.

'It's just through the living room/ offered Smith, attempting to overtake her.

'Oh, yes. I know where the kitchen is. I saw it through the window.

Outside.' She laughed again. 'Sorry, I'm realy nosy. And I've seen so many horrible flats tonight I don't think I could have faced coming in here if it hadn't looked nice.'

They walked into the kitchen.

'My flatmate's around somewhere,' said Smith, filing the kettle.

'He's probably in his room. He's caled Ralph. I'l take you to meet him when the tea's done.'

Jem was examining a rack of herbs and spices. The plastic lids of the jars were covered in a layer of greasy dust; al of them were ful.

'Do you and Ralph ever cook?' she asked.

And Ralph, if you like.' She used the name Ralph comfortably, as if she knew him. Tm very good. I think. Wel, so I've been told. I can cook a Thai curry. These ready-made things are dreadful for you

— it's al the salt they put in them to make them taste of something.'

She closed the fridge and wandered back into the living room.

'Do you want to ask me some questions?' she caled, picking up a paperback from a shelf and examining the back cover.

'Milk and sugar?' Smith caled back.

'Have you got any honey?'

Smith futilely opened and closed a few cupboards. 'No,' he shouted. 'Got some golden syrup, though.'

'This is a gorgeous room, you know. No offence or anything, but it doesn't look like two boys live here.'

'Thank you.' Smith was embarrassed, and slightly shocked at being referred to as a boy in his thirtieth year.

Jem quickly took note of the objects strewn around the top of the dark wooden coffee table inlaid with ornate brass work. She approved of a good messy coffee table — they held so many interesting clues to the day-to-day content and clutter of people's lives. Smith and Ralph's coffee table held a selection of remote controls, a satelite TV guide, an ashtray ful of stubs, two packets of red Marlboro, a business card, a box of matches and a home-delivery pizza menu. Somewhere underneath it al she could make out a proper coffee-table art book, a set of car keys and, barely visible but unmistakable, a smal piece of green cardboard torn from a packet of Rizlas. Jem smiled quietly at her discovery.

'Let's go and say helo to Ralph,' Smith was lingering in the doorway, his face cocooned in wreaths of steam from his tea, 'and then I'l show you arounpl.'

Ralph barely noticed Jem the first time he saw her. He was arguing with his girlfriend Claudia, sitting at his desk, the phone cradled under his chin as he carelessly puled elastic bands into tight ligatures around his

wrists in an apparently subconscious attempt to cut off his blood supply and end the painful predictability of it al.

As Smith entered he grimaced and took the phone from under his chin, holding it a foot or two from his ear so that Smith could hear the tinny drone of the unhappy woman. He hit the speakerphone button:

'7
just feel like I'm the one doing all the work here, Ralph, d'you
know what I'm talking about? No, of course you don't. Who am
I kidding? You can't see anything beyond the remote control -

as long as you've got a piece of technical equipment in your
hand that will prevent you from doing something else,
something that might, just might involve you getting up off
your arse and doing something
...'

'Ralph,' whispered Smith, 'this is Jem.'

Jem twinkled at Ralph from the doorway.

'Are you listening to me, Ralph, or have you put me on that
fucking speakerphone?'

Ralph smiled apologeticaly at Jem and mouthed a 'Nice to meet you' as he hit the speakerphone button again and began murmuring inaudibly into the phone.

Smith and Jem left the room, closing the door quietly behind them.

'Claudia can be very... demanding. They could go on like that for hours. Poor bastard.' Smith smiled smugly and took a slurp of tea.

You don't have a girlfriend, then, Smith?'

'Very perceptive,' he replied ungraciously. 'No, I don't.'

Not for the first time since Jem's arrival, he found himself feeling uncomfortable. He wanted to be friendly

and welcoming, to create a good impression, but try as he might, he just couldn't, and was coming across instead as frosty and impolite.

He put his hand out to grasp the antique door-handle in front of him and pushed the door open.

'This would be your room.' He reached to the left for the light switch. 'It's quite smal, as you can see, but it's got everything.'

The room was tiny and L-shaped. The wals were clad in caramel-coloured wood-paneling, and the room was lit centraly by a ceiling lamp housed in a brass and glass star-shaped shade. A single bed stood at the far end, covered with a vivacious Indian throw and several large cushions with tassels and fringes. A 1920s wardrobe with mirrored front panels stood in front of it, and at the other end of the room was a single sash window hung with densely patterned heavy curtains and a smal chest of black-lacquerwork drawers.

Jem turned and grasped hold of Smith's hands. 'I absolutely love it.

I love it. I knew I would. Please can I live here? Please!' Her face was glowing and childlike, her hands felt smal and warmed by her mug of tea.

'Let me show you the rest of the flat first and then we can have a chat.' Smith could stil feel where Jem's hands had covered his. 'I need to talk to Ralph as wel - lots of other people have been to see the room. I'l need to consult him.' He could feel himself blushing and turned his back on Jem.

'OK,' she said lightly. She wasn't worried. She already knew that the room was hers.