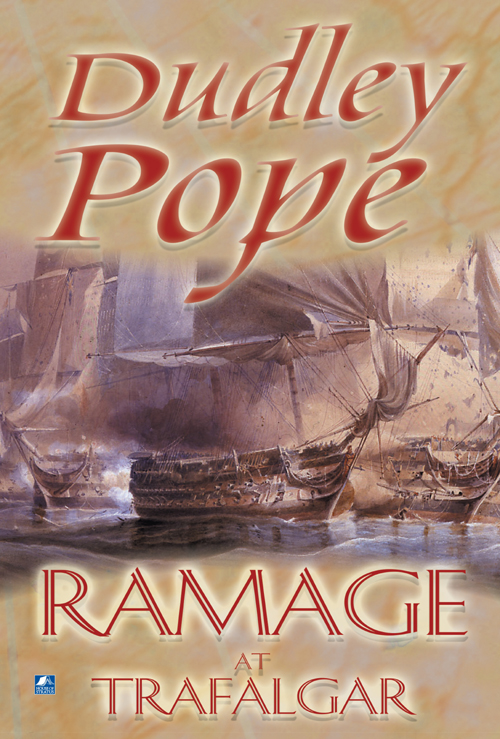 The right of Dudley Pope to be identified as the author of this work has been asserted.

Dudley Bernard Egerton Pope
was born in Ashford, Kent on 29 December 1925. When at the tender age of fourteen World War II broke out and Dudley attempted to join the Home Guard by concealing his age. At sixteen, once again using a ruse, he joined the merchant navy a year early, signing papers as a cadet with the Silver Line. They sailed between Liverpool and West Africa, carrying groundnut oil.

Before long, his ship was torpedoed in the Atlantic and a few survivors, including Dudley, spent two weeks in a lifeboat prior to being rescued. His injuries were severe and because of them he was invalided out of the merchant service and refused entry into the Royal Navy when officially called up for active service aged eighteen.

Turning to journalism, he set about ‘getting on with the rest of his life’, as the Naval Review Board had advised him. He graduated to being Naval and Defence correspondent with the London Evening News in 1944. The call of the sea, however, was never far away and by the late 1940’s he had managed to acquire his first boat. In it, he took part in cross-channel races and also sailed off to Denmark, where he created something of a stir, his being one of the first yachts to visit the country since the war.

In 1953 he met Kay, whom he married in 1954, and together they formed a lifelong partnership in pursuit of scholarly adventure on the sea. From 1959 they were based in Porto Santo Stefano in Italy for a few years, wintering on land and living aboard during the summer. They traded up boats wherever possible, so as to provide more living space, and Kay Pope states:

‘In September 1963, we returned to England where we had bought the 53 foot cutter
Golden Dragon
and moved on board where she lay on the east coast. In July 1965, we cruised down the coasts of Spain and Portugal, to Gibraltar, and then to the Canary Islands. Early November of the same year we then sailed across the Atlantic to Barbados and Grenada, where we stayed three years.

Our daughter, Victoria was 4 months old when we left the UK and 10 months when we arrived in Barbados. In April 1968, we moved on board
‘Ramage’
in St Thomas, US Virgin Islands and lost our mainmast off St Croix, when attempting to return to Grenada.’

The couple spent the next nine years cruising between the British Virgin Islands and Puerto Rico, before going to Antigua in 1977 and finally St.Martin in 1979.

The sea was clearly in Pope’s blood, his family having originated in Padstow, Cornwall and later owning a shipyard in Plymouth. His great-grandfather had actually preceded him to the West Indies when in 1823, after a spell in Canada, he went to St.Vincent as a Methodist missionary, before returning to the family business in Devon.

In later life, Dudley Pope was forced to move ashore because of vertigo and other difficulties caused by injuries sustained during the war. He died in St.Martin in 1997, where Kay now lives. Their daughter, Victoria, has in turn inherited a love of the sea and lives on a sloop, as well as practising her father’s initial profession of journalism.

As an experienced seaman, talented journalist and historian, it was a natural progression for Pope to write authoritative accounts of naval battles and his first book,
Flag 4: The Battle of Coastal Forces in the Mediterranean
, was published in 1954. This was followed in 1956 by the
Battle of the River Plate
, which remains the most accurate and meticulously researched account of this first turning point for Britain in World War II. Many more followed, including the biography of Sir Henry Morgan, (
Harry Morgan’s Way
) which has one won wide acclaim as being both scholarly and thoroughly readable. It portrays the history of Britain’s early Caribbean settlement and describes the Buccaneer’s bases and refuges, the way they lived, their ships and the raids they made on the coast of central America and the Spain Main, including the sack of Panama.

Recognising Pope’s talent and eye for detail, C.S. Forrester (the creator of the
Hornblower Series
) encouraged him to try his hand at fiction. The result, in 1965, was the appearance of the first of the
Ramage
novels, followed by a further seventeen culminating with
Ramage and the Dido
which was published in 1989. These follow the career and exploits of a young naval officer, Nicholas Ramage, who was clearly named after Pope’s yacht. He also published the ‘
Ned Yorke
’ series of novels, which commences as would be expected in the Caribbean, in the seventeenth century, but culminates in
‘Convoy’
and
‘Decoy’
with a Ned Yorke of the same family many generations on fighting the Battle of the Atlantic.

All of Dudley Pope’s works are renowned for their level of detail and accuracy, as well as managing to bring to the modern reader an authentic feeling of the atmosphere of the times in which they are set.

Some of the many compliments paid by reviewers about Dudley Pope’s work:

‘All the verve and expertise of Forrester’ - Observer

For the Glass family,

- with memories of Italy.

In this novel culminating at Trafalgar, all the facts concerning Nelson and the Battle are true: only the events surrounding Ramage are fiction. Of all the ships in the Battle only the
Victory
remains. 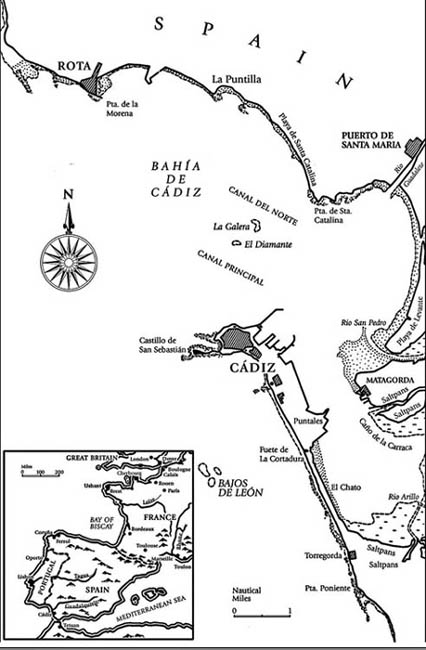 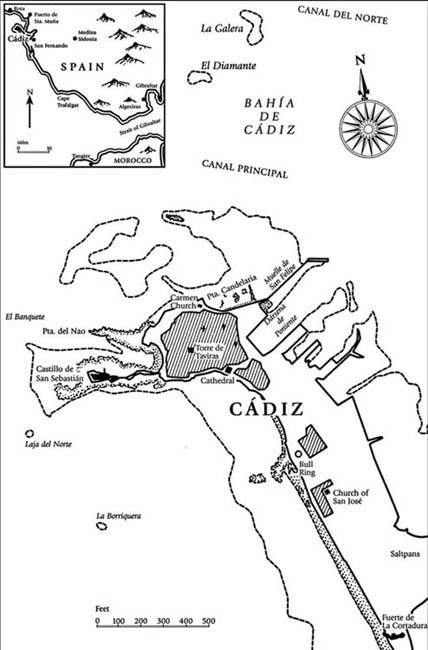 The lawyer took the parchment from his worn leather case, carefully smoothed it out flat on the table and perched a pair of spectacles on his bulbous nose. “Your uncle’s will is quite straightforward, My Lord,” he assured Ramage. “In fact I drew it up for him myself after his wife – your aunt, of course – died so unexpectedly last winter.”

Ramage nodded and glanced across the table at Sarah. The lawyer was a chubby little man with a red face, a redness caused by sun and wind rather than too much port, yet his air of being a prosperous farmer was curiously at odds with his irritatingly precise manner. He had placed the will squarely in front of him on the dining room table, which was serving as a desk, and taken great care to make sure the lower edge of the page was lying parallel with the side of the table. There is no way of hurrying this man, Ramage was trying to tell Sarah.

There was a curious air of unreality about the whole affair. The last time Ramage had sat at this table his uncle, Rufus Treffry, had been alive and well: alert and brisk of manner, he had seemed good for another twenty years. His aunt (his father’s sister) seemed if anything younger.

Now both were lying side by side in the Treffry family vault at Saltwood Church, a few miles away, and the new owner of Treffry Hall and the several hundred acres belonging to it was Captain Lord Ramage of the Royal Navy…

The Huntress of Thornbeck Forest by Melanie Dickerson
Trauma by Daniel Palmer
Dragon on a Pedestal by Piers Anthony
The Best American Travel Writing 2014 by Paul Theroux
People of the Deer by Farley Mowat
Death from Nowhere by Clayton Rawson
The Tiger's Mate: (Book 12, Grey Wolf Pack Romance Novellas) by E A Price
The Milk of Birds by Sylvia Whitman
Breaking Night by Liz Murray
B004XTKFZ4 EBOK by Conlon, Christopher
Our partner