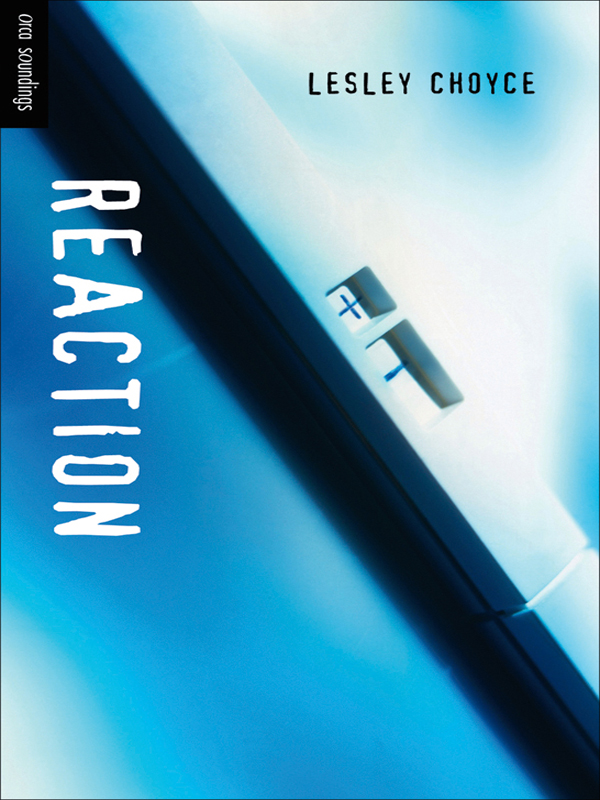 First published in the United States,
2010

Summary:
When Zach finds out that his girlfriend is pregnant, he is terrified. What will they do?

Ashley dropped the bombshell on me between classes at school. I remember the exact time, because I was standing in front of the hallway clock. 11:11. Yep. Eleven eleven in the morning. It was a Tuesday.

She was looking straight at me when she blurted it right out.

“That's impossible,” I snapped back. And I looked away from her and back to the stupid clock. The time changed to 11:12.

I put my arm around her and pulled her toward me. “Let's go,” I said.

“Anywhere. Let's get out of here.”

I led her down the hall and out the front door into the bright sunlight. As I opened the door of the school, I had this feeling that maybe nothing in my life would ever be the same again.

That was exactly how it happened. I will never forget the feeling. I had never been more scared in my life. Never. I know that I wasn't the first guy to hear those words from his girlfriend, but it felt that way. Sad to say, I wasn't even thinking about Ashley at the time. I was thinking about me. What was I going to do? What was going to happen to me? What would this do to my life?

We walked for almost an hour. Neither of us talked at first. Then I began to rationalize, and one part of my brain wanted to convince us both that it must be some kind of mistake.

“Maybe you made a mistake.”

“Maybe
we
made a mistake,” she said.

“I mean, about the tests. Did you buy one of those testing things from the drugstore?”

“Maybe they were defective.”

“They were three different brands. They all had the same results.”

Because just then I remembered. Two months ago. We'd been partying. (That's what we did, Ashley and I. We partied big-time.) We'd been drinking. And my parents were gone for the weekend. And one thing led to another. And we were so into it.

And I knew the condom broke, but I didn't mention a word to her. Hey, I thought it would wreck the mood. Plus, what were the chances?

So there I was, sixteen years old, walking through the suburban streets with my fifteen-year-old girlfriend who has just told me she's pregnant. And I'm still thinking, this can't be happening to me.

“I'm scared,” Ashley said, leaning into me and holding tightly onto my arm.

I didn't tell her how scared I was, and I didn't even tell her about the condom then. I said what guys say in situations like this when the blood has drained out of their heads and they are screaming inside, panicking, ready to run for the hills and never come back. I said, “Everything is going to be all right.”

The morning became the afternoon, and it started to sink in. Ashley was two months pregnant. We had been going out together for only three months. She seemed to be sold on me. And I loved being with her. She was sweet and sexy and one year younger than me, which should have been no big deal. But one year can sometimes seem like a big issue in high school. She had been flattered that I wanted to hang out with herâmost of the time it was just the two of usâand, well, like I said, she was sweet and sexy.

We ended up sitting on a bench in a park where mothers pushed their little kids on swings and bigger kids played on the slide and the monkey bars. There were babies in strollers and mothers chatting about brands of throwaway diapers. It was the worst place to be thinking about Ashley being pregnant, but it's like the gods had planned it this way.

Ashley cried, and I held her. She stopped and then started crying again, and some of those mothers looked at usâsome seemed concerned, and some scowled. I just held her and wondered how one minute everything can be okay and the next, everything has changed.

I don't know why I didn't keep my mouth shut. I felt I had to say something. I guess I felt she needed to have an explanation. So I told her about the broken condom.

And that changed everything.

Ashley pulled away. The expression changed on her face. “Why didn't you say something that night?”

Yes, why didn't I? I shrugged.

“Then this is all your fault,” she said, way too loud.

“I'm sorry. It's no good getting mad at me now. We have to figure out what to do,” I said unconvincingly.

“If I had known, I could have maybe done something.”

“I know,” I said. I knew she was referring to morning-after pills. I just didn't think at the time that one little slipup would result in this.

“You bastard,” she snapped back. And then she hit me.

Well, it could have been a slap. I'm not sure. Something between a slap and a punch right on the side of my face. Then she got up and started walking away. I ignored the stinging in my face and followed her. All eyes in the park, even those of the little kids, were on us.

“Please, wait,” I pleaded. Ashley shook me off and just kept walking. She turned once to say, “I never want to speak to you again,” before walking off into the afternoon.

I was dizzy, and I was having a hard time getting my bearings. I didn't know what to do. A voice in my brain kept telling me to go after her, but instead I turned and walked home. I told my mom I was sick, and I went to my bedroom and played
Guitar Hero
. I know how that sounds, but that's what I did. I ate a silent supper when the time came, played some more
Guitar Hero
and then went to sleep feeling like crap. I kept trying to think of some way out of this. Some plan. But all I did was keep beating myself up. What had I been thinking? Was sex really so important that I let this happen? Eventually I fell asleep.

When I woke in the morning, the problem was still there, staring me square in the face.

Over the next few days, things went from bad to worse. Ashley walked away from me every time I tried to talk to her. She had two words for me: “Get away.” That's all she'd say. And each time my heart sank. Her brother Stephen followed me into the bathroom one afternoon. Stephen was my age and in many of my classes. He was a big guy, a wrestler on the school team, and legendary for his bad temper, which I think he got from his father.

“You're gonna have to watch your back from now on,” he said in a voice that sounded like he'd been gargling with Drano. We were standing side by side at the urinals. Before we were done, he turned and pissed on my shoes and then walked out the door.

I knew that Ashley and her brother were close, but I was surprised to think that she would have told him she was pregnant. But, as I was cleaning my shoes, it occurred to me that she didn't have to tell him she was pregnant. All she had to do was make up anything about me that would get Stephen angry enough to, well, piss on my shoes. Damn.

It wasn't long before I started to get the picture. Some of Ashley's friends started giving me dirty looks. Her brother reappeared when I was waiting for the bus and “accidentally” shoved me in line so that I rammed into a couple of kids in front of me.

Gossip travels fast in school, and before long I was getting dirty looks from people I didn't even know. I started to avoid looking at anyone in the hallways. At home,
Guitar Hero
wasn't enough of an escape to avoid thinking about my problem.

When some of the girls started calling me “The Perv,” I didn't know how to react. It was starting to get to me, so when Elisse, a girl I once considered my friend, glared at me, I stopped her in the hall. I still couldn't believe that Ashley had told everyone she was pregnant. It had to be something else.

“What is it?” I asked her. “Why does everyone suddenly hate me?”

Elisse continued to glare at me. She started to walk away, so I grabbed her, and this made her even angrier.

“We all know that you forced Ashley Walker into having sex with you. You perv.”

She twisted herself away and walked off, turning once to glare yet again and, this time, give me the finger.

So this was Ashley's revenge. Yes, we'd had sex. And apparently I got her pregnant. But I would never, ever, try to force myself on any girl. Never.

So now I had two problems. But they were two damn big problems, and it felt more like a hundred. I needed someone that I could talk to. I decided I had to confide in someoneânot my parents and not any of my so-called friends. But who was I kidding? I didn't have that many friends anyway. It would have to be Kiley. She was one of my ex-girlfriends. Kiley was always the smart one and so cute. I was surprised that she had even been interested in me. She was out of my league. But I kept doing stupid things around her. Like that party I convinced her to have at her parents' house, where I puked in the living room. And that other party where she found me off in a corner kissing a girl whose name I can't even remember. She had plenty of good reasons for dumping me. But strangely enough, she stayed friends with me after we broke up.

After school that day, I found Kiley at the bus stop. I followed her on. She sat down in the back, and I sat down beside her. It was just the two of us on the back seat. I was afraid she was going to give me that look all the other girls were giving me. She didn't, although she didn't look all that happy to see me.

“I know how you're doing,” she said. “You've been voted most-hated student at the school. You're human garbage. I imagine that doesn't feel so good.”

“But what people think isn't true,” I said. “Ashley is mad at meâ¦for something elseâ¦so she spread this rumor.”

“Everyone believes what they want to believe. But then why is Ashley so mad at you?” she asked.

Pin Action: Small-Time Gangsters, High-Stakes Gambling, and the Teenage Hustler Who Became a Bowling Champion by Gianmarc Manzione
A Sister's Promise by Anne Bennett
A Light in the Window by Jan Karon
A Bright Particular Star by Elizabeth Hanbury
Underdead by Liz Jasper
Red Mortal by Deidre Knight
Ethics of a Thief by Hinrichsen, Mary Gale
The Apparition by Wayne Greenough
The Softwire: Betrayal on Orbis 2 by PJ Haarsma
In Front of God and Everybody by KD McCrite
Our partner