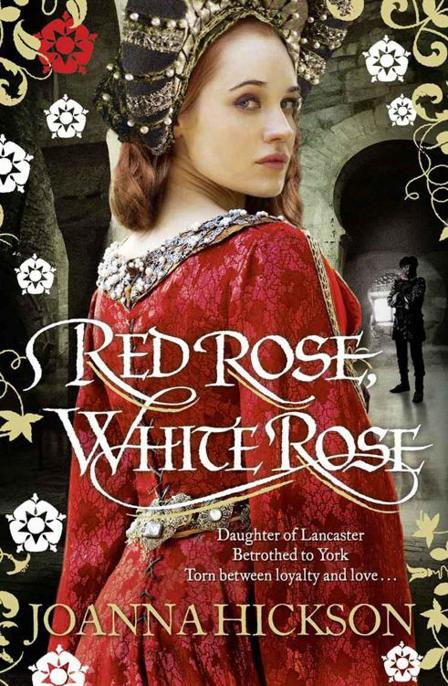 An imprint of HarperCollins
Publishers Ltd

Joanna Hickson asserts the moral right to be identified as the author of this work.

For my intrepid and lovely sister Sue

Part Six: The Drums of War

A
t first there was only a subtle hint of fragrance borne on the breeze, an exquisite teasing of the senses. To the knight on his weary warhorse it was like the breath of God, lifting the hairs on the back of his neck and stirring the golden leopards on his banner.

‘It is the scent of roses!’ he cried to his companions. ‘In the Holy Land we called it God’s Incense.’

When the cavalcade breasted the hill ahead he reined in his horse with a gasp of wonder. All over the wide plain below stretched a carpet of red roses, covering the earth as far as the eye could see, as if a celestial gardener had scattered divine seed. The knight gazed in silent awe, struck by the power of the symbolism laid before him; that the single rose, an object of beauty and simplicity could, when massed with a myriad others, become a potent force, a source of mystery and strength. The words of a hymn sprang into his mind, which he had heard sung in the dust and heat of the Holy Land by choristers in his crusading army.

There is no rose of such vertue

As is the rose that bore Jesu,

For in this rose contained was

Heaven and earth in a little space.

‘If there is a heaven on earth,’ he declared, ‘it is surely here.’

The knight was Edmund, Earl of Lancaster, crusader brother to Edward I, King of England and known throughout Christendom as Edmund ‘Crouchback’ or ‘The Cross-Bearer’. Returning through France from his crusade, he was making a mercy mission to Provins where the Count of Champagne had recently died, leaving his young widow and their baby son vulnerable to abduction by neighbouring barons, eager to acquire access to the great wealth generated by the famous rose fields.

Grown from a single root brought back from Damascus by an earlier crusader, the precious roses were not just objects of beauty, they were an industry. Their dried petals became shards of perfumed sunshine to freshen the rushes on a rich man’s floor; their floral essence could be distilled into attar of roses to perfume a lady’s breast or diluted into rosewater for bathing and cooking; rose leaves were pounded into healing poultices and even the prunings, with their long, sharp thorns could be woven into fences for protecting flocks and crops.

But it was the rose of
‘vertue’
that Edmund held in his mind when he first encountered Blanche, the lady in distress. Wearing white robes of mourning, she held her baby in her arms and her face was sweet and troubled. ‘The Blessed Virgin has answered my prayers,’ she sighed as he kissed her hand. By the next rose harvest Edmund and Blanche were married and the red Damask rose became for him a talisman, a badge of honour which he bore on his shield and gave to his favoured followers; the Red Rose of Lancaster.

A hundred years later another Edmund, younger brother to the great John of Gaunt, Duke of Lancaster, was created Duke of York by their father, King Edward III. This Edmund aimed to better his brother in all things, including the heraldic symbol of his dukedom. He could not have the red rose so he chose the white, the lovely wild rose of England with its five creamy petals and fierce, hooked thorns. He declared the white rose superior to the red because it was native to the soil it grew in, spreading over the hills and valleys of England in great tangled brakes, delighting all with its airy fragrance and spangled masses of blooms but repelling any who tried to seize it. Edmund had his minstrels compose a song in praise of the white rose:

Of a rose, a lovely rose

Of a rose I sing a song.

Lyth and lysten, both old and younge

How the white rose becomen sprong,

A fairer rose to oure leking

Sprong there never in kynges lond.

During the next century, in the battle for supremacy between Lancaster and York, the red rose and the white were to scratch a bloody trail across the ‘kynges lond’, leaving England blighted and bleeding.