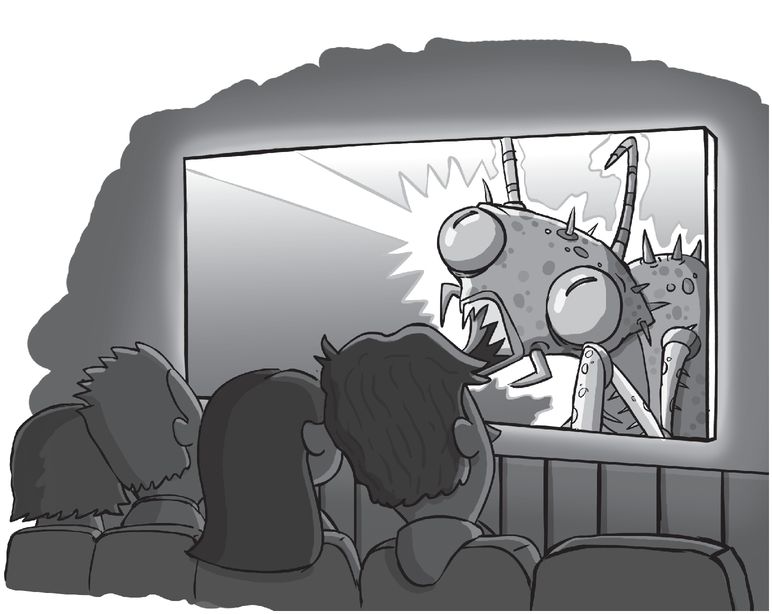 “Where are we supposed to get
that
? The space laser
supermarket
?” Stella said sarcastically.
“Um . . . could your dad make a space laser?” I asked, turning to Ranger.
“Yeah, Jesse,” Stella said. “Your dad can invent
anything
.”
“Gee,” Ranger muttered, sounding concerned. “My dad’s a pretty busy guy . . .”
“Too busy to save the world?” Lindsey asked.
“Hold on. Maybe we could crisp the giant mantis with something
besides
a laser?” I suggested.
“Like what? A bug-sized flamethrower?” Stella suggested.
“Mega-microwave oven?” I said.
“Mega-nuclear reactor?” Lindsey said.
“How about a plain old pack of mega matchsticks?” Ranger quipped. “Add a gallon of gasoline and
kaboom
!”
“Um, Damon,” Stella said with this intense look on her face, “I don’t want to freak you out or anything. But there’s something black crawling on your arm . . .”
“Huh?” I jumped up.
“GOTCHA!” Stella cried.
Lindsey and Ranger both laughed.
I gave them both the evil eyeball.
“We need to find Walter and Leery,” I grumbled.
“Now.”
CHAPTER 6
THE AMAZE-ING TRUTH
We were all jumpy as we made our way through the castle looking for Walter. Stella kept trying to scare me just for fun. Lindsey kept taking pictures. Every flash made me see double. I had a fear headache. And I didn’t want to see another bug.
Ever.
So when something swooped down past my head, I lost it.
“GIANT INSECT!” I wailed at the top of my lungs.
Only that flying object was no insect. It was Poe the crow, official bird of Leery Castle. He landed on my shoulder. Even though he wasn’t nearly as scary as a gnat swarm, my knees were still shaking.
“Hey, Poe. W-w-what’s up?” I stammered.
Lindsey giggled. “Photo op!” She held up her camera for a picture. “Say gorgonzola!”
I was ready to scream again, but thankfully Ranger spoke up first. That guy’s coolness surprises me sometimes.
“Hey,” Ranger suggested. “Maybe Poe can lead us to Walter?”
I looked at the bird. “Yo, Poe, where’s Walt?”
Poe let out a
caw
and flew off my shoulder and into the air. We followed him into a long, skinny hallway.
A row of oil paintings hung on the wallpapered walls. The faces all looked like Leery’s face, so we guessed these were portraits of Desmond and Lucas Leery, Oswald’s father and grandfather. I half expected the pictures to have eyeballs that moved and followed us down the hallway, like the lamest
Scooby Doo
episode ever.
But the eyes didn’t move.
Something
else
did.
Each picture was framed in a gold leaf design that looked ordinary from a distance. But up close, I saw the frames were actually made from bugs.
I jumped back.
Then I realized the entire wall was crawling!
I dug around in my pocket for my lucky keychain. It has a penlight on the end of it. I shined the light on to the crawling wall and shivered.
This was so gross.
But there was no time to be scared.
As soon as the pen light hit them, most of the bugs scattered. I saw beetles, grubs, and other crawlies in all sizes. If only I were carrying a portable laser beam instead. 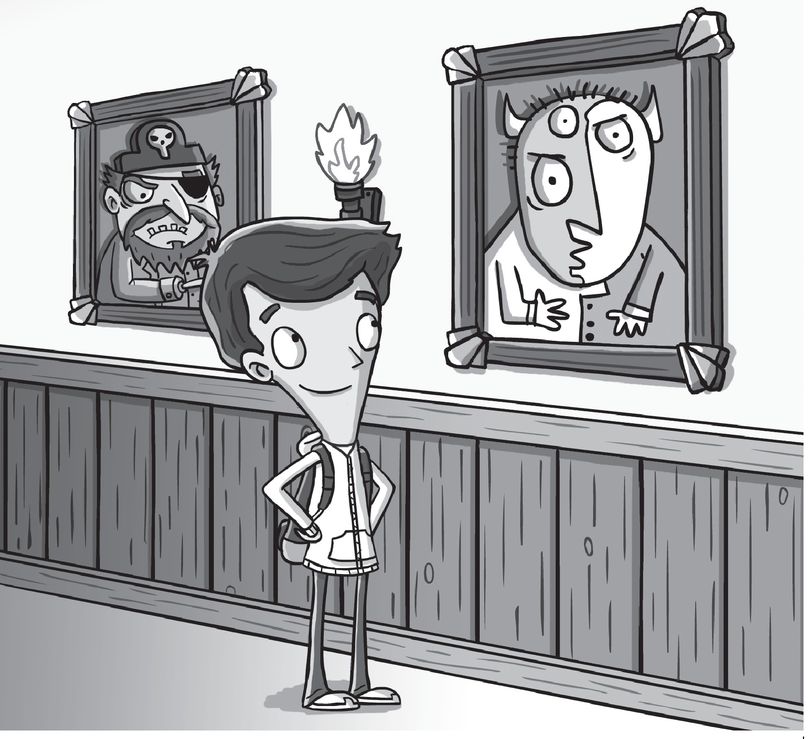 “Geesh,” Stella exclaimed. “This place is even bugging
me
out!”
“Everyone run!” I cried, taking off down the hall.
“Wait up!” Ranger called out to me. “Damon! We have to stick together!” 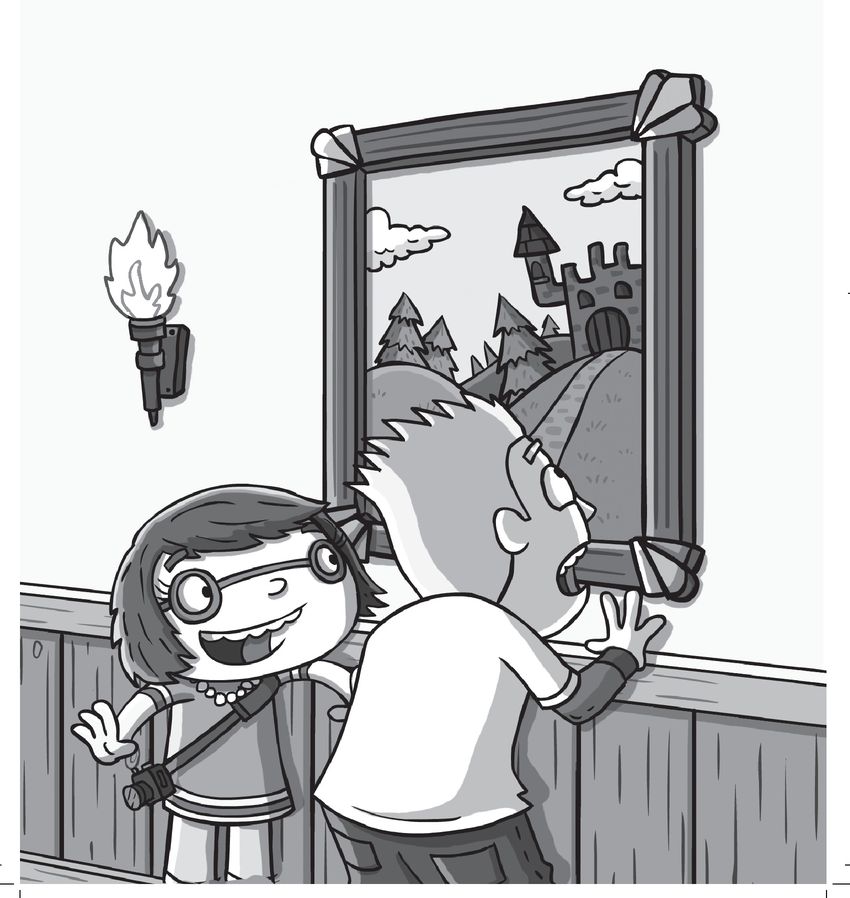