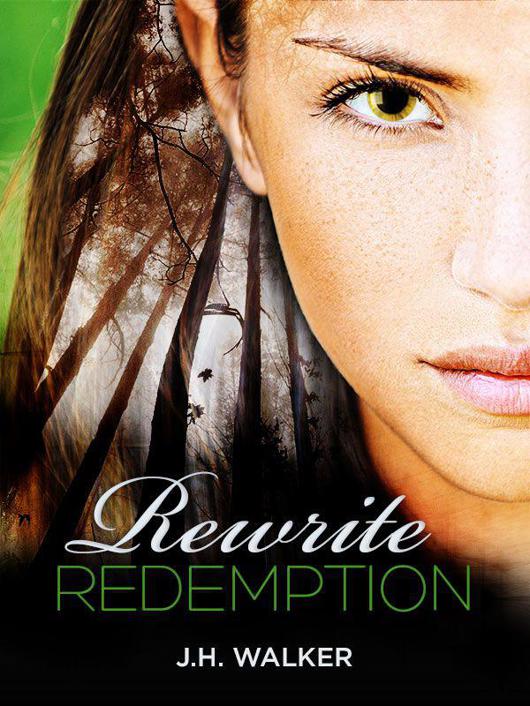 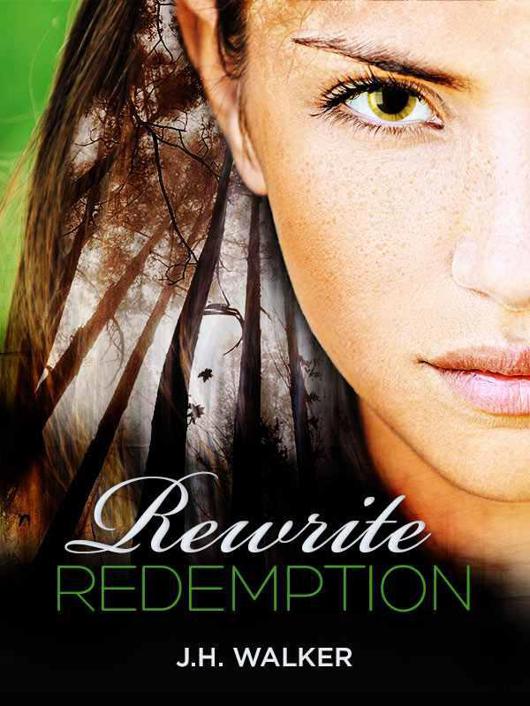 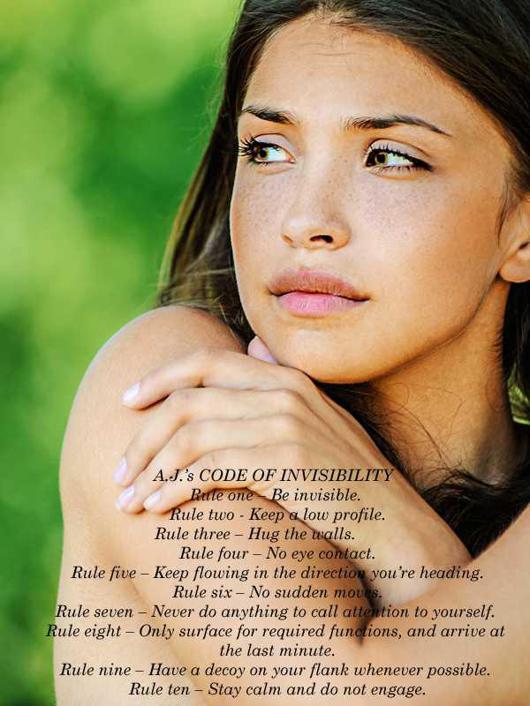 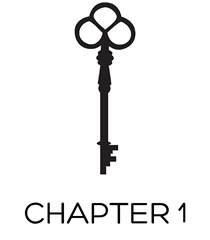 I killed my mother.

Okay, I didn’t exactly shoot her or stab her in the back or anything. But if I’d never been born, she’d still be here, simple as that.

It wasn’t
premeditated
mom-slaughter—I’m not some monster. But it was my strangeness that did her in, no doubt about it. If you saw me, you’d never believe one skinny, sixteen-year-old girl could be responsible for so much tragedy.

But you’d be wrong.

An ancient curse says, “May you live in interesting times,” meaning dangerous and turbulent. That pretty much sums up my life. I mean, when your very existence in
time
is out of control, life can get pretty
interesting
. Every few months, I get yanked back in time for hours or even days. I don’t know why. I don’t know when. I have absolutely no control over it. I feel a tingle, and seconds later, I just shimmer, fade, and poof, I’m in the past.

My biggest fear was that it would happen at school, and before you could say, “Did you see
that
?” I’d be the next viral freak on YouTube. It would be a short walk from YouTube to a government laboratory somewhere remote. Yeah, like I wanted that to happen. My strategy was to fade into the woodwork, so if I vanished at school, no one would even notice.

The first time I disappeared, I was six months old. In the beginning, my trips were short, and I was only gone about a minute. Of course I don’t remember this happening, but I’d heard the story a million times. It was the primary topic at my house…until my mom checked out.

I was born in the fall. By spring, I had just learned to sit up and was grabbing everything I could get my hands on. It had been a long, cold winter, and my mom had waited weeks for it to warm up enough to show me the tree house. Built with love by her grandfather, it had always been her special place. Once inside, she lifted me up to touch the trunk that rose right through the middle of the room. And as soon as my tiny hand touched the bark—BAM, I was gone.

She totally freaked—I was in her arms one moment and simply gone the next. But before she could do anything other than just stand there in shock, I morphed back into existence fast asleep with my thumb in my mouth…or so the story goes.

If that had been the end of it, maybe she could have dealt…chalked it up to too much caffeine or something. But it kept happening two or three times a year, just enough to keep her on edge. The problem was that every time I disappeared—which wasn’t all that often, but
still
—my mom was the only witness.

She told her friends, but they just looked at her funny and began avoiding her. She tried desperately to convince my dad, Sam. But since he never saw it happen, what could he say? Talk about a rock and a hard place. He wanted to believe her, but he just couldn’t. Sam was a scientist. He needed evidence.

My mom tried a few times to get
me
to tell my dad—and I did. But Sam thought I was saying what she wanted me to say—you know, siding with my mom out of loyalty. I mean, I
was
disappearing, but I was just a kid. What did I know? I was confused and too young to make sense of it then. I just wanted them to not fight about it.

They argued about it constantly. I’d listen to them late at night, huddled outside their door, wrapped in a blanket. My mom would lay out her argument, and Sam would bring in science. She’d say she saw it happen. Sam would say it was impossible. It tore them apart. Finally she gave up talking about it. Sam pretended she’d be fine if she got enough rest. I just hid in the tree house with my friends, Lex and Ipod.

I was seven the last time she saw it happen. That one was the last straw. She totally lost it. The doctors gave her drugs, and she walked around like a zombie, barely recognizing Sam and me. She started talking to herself, mumbling, and watching me like a hawk. She got all twitchy and jumped at the slightest noise. She lost her appetite.

It was another dangerous equation, this time for my mom. Disappearing kid + disappearing’s impossible = she must be crazy.

Near the end, she got caught up remembering her Grandpa Charlie, staying up all night, looking through photo albums. She was obsessed about
his
going crazy, thinking the same thing was happening to her, that it was genetic. Finally, I think, it was just too hard living with the uncertainty. So one day she took a boatload of pills and made the uncertainty go away.

At least for her.

My world got cold and empty real fast. I got through the funeral…barely. I never would have made it without Lex and Ipod. But I survived.

Then about a month later, Sam and I were alone in the back yard, and I felt the tingle. Looking down, I saw that I was starting to shimmer. I remember being so surprised. Somehow I thought it would all stop when my mom was gone…like maybe the craziness was because of her. That’s when I realized that everything—our whole, weird family nightmare—was
my
fault.

I looked up from my shimmering hands at Sam. He was staring at me as if he’d seen a ghost. I felt this hollow feeling in my chest…a dark, frigid emptiness. And then I disappeared right in front of a supremely stunned Sam.

I was only gone a few minutes. But when I returned, he was standing there, rigid as a statue, tears running down his face. I walked up to him and touched his hand, waiting for him to say something. He looked down at me with empty eyes and didn’t say a word. He just walked into the house, poured himself a drink, and that’s about all he’s done ever since. He’s never talked about it…not even once.

My guess is it wasn’t so much the shock of his reality blasting apart, or even the mysteriousness of my disappearance. It was the realization that he let my mom down. That he’d failed her. That she was right all those years and he was wrong. So now he’s following in her footsteps…via slow motion alcohol poisoning.

I suppose I’m at fault for taking him out too.

There was no explanation for the way I was, although I spent a lot of time over the years trying to figure it out. If time travel had been the only weirdness, I would have pounced on the theory that I was just a normal girl who was being acted upon by some unexplained outside force. Like maybe I’d gotten caught up in some kind of bizarre time loop that kept sweeping me into the past for little stretches of time. As scary as that sounds, I would have loved that to be the answer. I really wanted to be a normal girl.

But somewhere along the line, I had come to accept the inevitable. It wasn’t an outside force. What was strange was
me
.

For as long as I remember, I’ve sensed things other people don’t. Ipod was the one who first called it “energy.” There are two types. The energy from trees, especially my tree, was soothing and healing. It kept me sane. The energy from out in the world, especially inside buildings and around crowds, was dissonant and jarring. It took a lot out of me just to manage it.

To minimize the impact and protect my secret, I kept a low profile and went virtually nowhere. But the one place I couldn’t avoid was school. To make it through, I had the code of invisibility. It had ten rules and I stuck to them religiously. At that moment, as I made my way down the noisy hall to P.E., I was following rules three and four—hug the walls and keep flowing in the direction you’re heading.

It worked well except for the snarky glare I got from Sloane Cheney, AKA the Bratz Doll, as I passed her ginormous, cheerleader chest. That chest was a powerful force at Boulder High. She carried it around like a display case, thrusting her “twins” in everyone’s faces as if she was selling popcorn at a ballgame. I’m guessing they each have names—cute ones. She probably sings them to sleep at night.

Why do I care?

Well, it’s her belief in the spectacularness of that chest that she thinks entitles her to step all over girls like me, who are, shall we say, cleavage-challenged. But it’s not my chest or lack thereof that makes her treat me like dirt. She’s hated me since seventh grade when my essay won over hers in some stupid, mandatory contest. It wasn’t my fault she bragged that she was going to win and then looked like a dork when she didn’t.

But her hatred of me meant she was invulnerable to my invisibility. That made her dangerous. I avoided her like the freakin West Nile virus, but then, I avoided pretty much everyone. When you are my kind of strange, you do whatever it takes to stay under the radar.

My downfall was P.E.

If my brain had a search engine and you entered “things that suck,” the very first entry would be P.E. I hated it with a vengeance. It isn’t that I’m clumsy. I’m not. There’s just something about school that seems to drain the life out of me, literally decimating my strength by the hour. The longer I’m in a building, the weaker I get—brick buildings in particular. And crowds, especially loud ones, make my brain whack-out.

That made P.E. my kryptonite.

By my seventh period class, there was no way I could possibly get a ball over a net, or through a hoop, or to do whatever stupid ball thing the sport required. And since the Bratz Doll was in my class, it was a double hit. Still, her I could ignore. The bigger problem was that I had nothing to hide behind. More specifically, I had no hoodie.

Waiting till the last minute, I snuck through the locker room and into a bathroom stall to change. No way was I going to brave the bench area. There was the routine fight over who had to take me on their team—the highlight of my day. That done, I played my usual game of keep-out-of-the-way with some degree of success, occupying myself with mental chatter and stealth wall hugging. I did okay with that until my mind wandered a little too far, and I lost my ball-avoiding focus.

Taste Me by Candi Silk
A Lady Compromised (The Ladies) by Pennington, Ava
Call Down the Moon by Kingsley, Katherine
The Marsh Birds by Eva Sallis
Raga Six (A Doctor Orient Occult Novel) by Frank Lauria
Alaska Twilight by Colleen Coble
The New New Thing: A Silicon Valley Story by Lewis, Michael
In The Dark by Susannah McFarlane
She Died a Lady by John Dickson Carr
Star Struck by Laurelin Paige
Our partner