Read Rhythm of Us: Book 2 Of The Fated Hearts Series Online

Rhythm of Us: Book 2 Of The Fated Hearts Series 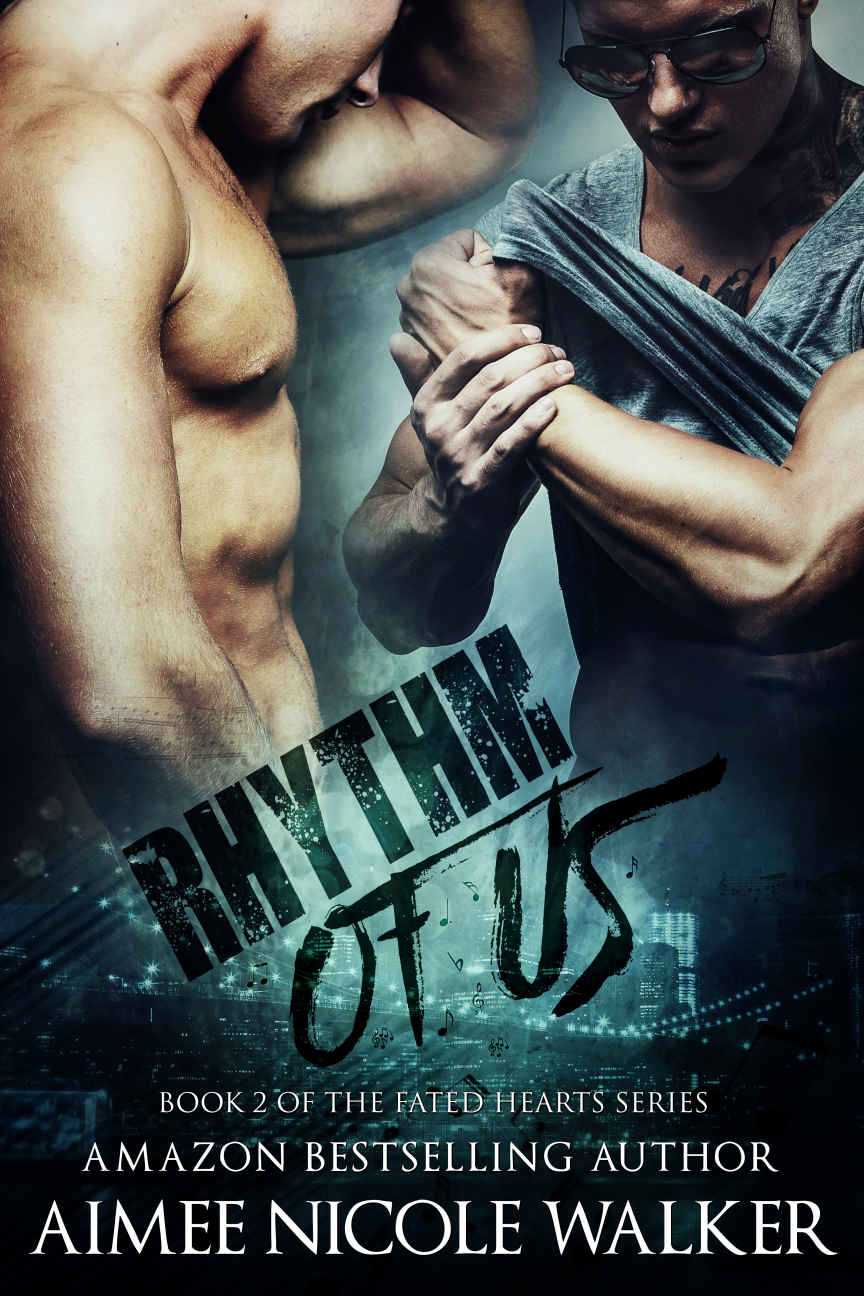 Book 2 Of The Fated Hearts Series

All rights reserved. This book is licensed to the original publisher only.

This book contains sexually explicit material and is only intended for adult readers.

The author acknowledges the copyright and trademarked status and trademark owners of the following trademarks and copyrights mentioned in this work of fiction:

Led Zeppelin “Stairway to Heaven” and “I Can’t Quit You Baby”: Atlantic and Swan Song

Other Books by the author

Letter to my Readers

Other Books by Aimee Nicole Walker

Sometimes Wonder Woman doesn’t wear snazzy metal bands around her wrists. Sometimes she has a collection of metal tokens to honor the years of her sobriety.

Sometimes Wonder Woman doesn’t save people from bad guys. Sometimes she helps them by opening herself up and bleeding the truth about her past addictions and the impact it had on her life. By telling her story, she saves the lives of others.

Sometimes Wonder Woman doesn’t know all the right words to say. Sometimes she knows a billion and one ways to use the “C” word.

Sometimes Wonder Woman can’t see all the way she touches those around her. Sometimes she needs to be told that she IS a woman to be admired.

Angie, YOU ARE a woman to be admired!

I STOOD OUTSIDE
the bowling alley staring at the entrance door like hell was waiting for me on the other side. In reality, I’d been living in my own personal hell for over a year and deserved whatever reception I got once I walked through that door. I left out of here after Ava’s wedding in June without an explanation to anyone and I didn’t look back. I missed every holiday and birthday, becoming more sullen and depressed with every lost visit home. Lost, because I couldn’t ever get that time back.

It was June again, nearly one year later, and I had returned for Chase River’s marriage to Grayson Wright. Chase was the brother of my heart and we were just as close as any biological brothers would be. Chase’s grandmother, Agnes Simmons, became my guardian when I was five years old. Gram rescued me from a life of abuse and misery when I moved in with her and Chase.

At the age of five, I had already known I was different. I wanted to wear silky, shiny shirts and play with dolls, which infuriated my father. I used to sneak some of my sister’s things in my backpack and took them to preschool with me. My preschool teacher, Miss Annette, would always let me wear whatever I brought and she always let me play with dolls whenever I wanted. Miss Annette never told me the clothes I wore were for girls or that playing with dolls made me a sissy. That was my father’s job. Miss Annette just loved me as I was and I thank God for her every single day.

I don’t remember a lot about my childhood, but I remember the straw that broke my father’s back. I asked him for a princess party for my sixth birthday. He lost all control and spanked me with his belt until I could barely sit. The whole time he shouted that he was going to beat the devil out of me and he would rather see me dead than become a faggot. At some point, I tuned him out and drifted off to a dreamland where people loved me for who I was and didn’t hate me because I was different.

What happened the next day was permanently etched in my mind and was easily my most cherished memory. I’ll never forget Chase holding my hand beneath the monkey bars while I cried and told him what happened. I begged him to keep my secret and he kept his promise even though he wanted to tell Miss Annette so badly. It was only when my oldest sister, Ellie, showed up at preschool to pick me up that I broke down and told Miss Annette, Gram, and Ellie what happened to me. Chase held my hand through that too.