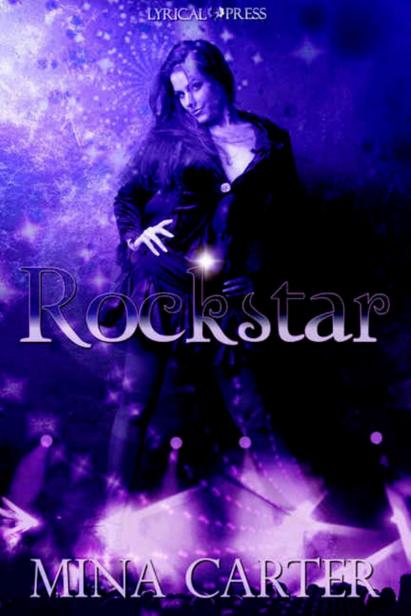 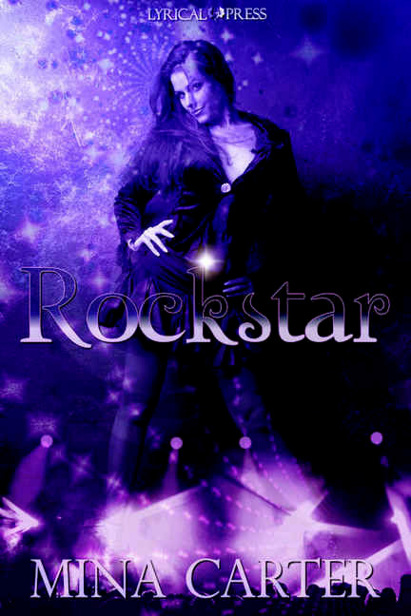 www.lyricalpress.com eBooks are not transferable. All Rights Are Reserved. No part of this book may be used or reproduced in any manner whatsoever without written permission, except in the case of brief quotations embodied in critical articles and reviews. The unauthorized reproduction or distribution of this copyrighted work is illegal. No part of this book may be scanned, uploaded or distributed via the Internet or any other means, electronic or print, without the publisher's permission.

This book is a work of fiction. The names, characters, places, and incidents are products of the writer's imagination or have been used fictitiously and are not to be construed as real. Any resemblance to persons, living or dead, actual events, locale or organizations is entirely coincidental.

To Charlotte, Will and Doug. The best editor and support team out there!

Men the world over wanted to fuck Zette Matthews. The outrageously curvy singer had a figure to tempt a saint and a voice that said dirty things. Things that got a guy hot and hard just hearing her sing in that come-to-bed voice. Jarrett Jensen, JJ to his friends, was one of them. With one exception. He intended to make those fantasies a reality.

He stood by the window in his expansive office, hands shoved carelessly in his pockets. The sharp suit he wore concealed a surprisingly muscled frame, well for a businessman anyway. Especially one like JJ. A rolling tsunami of sheer willpower, he appeared to exist solely in the confines of boardrooms and business meetings, moving from one to the next as he propelled Jensen Industries to the top of the corporate ladder.

Somewhere, somehow though, he found time to exercise.

The hotels he chose to stay in always had a top notch gym and a pool so he could siphon off some of the energy that coursed through him daily. It had gotten to the point years before where he'd learnt to force himself into exercise, in an attempt to exhaust his body and, hopefully, quell the endless activity of his agile mind.

It didn't work often though. He just added his daily workout to his schedule and kept up the punishing routine that had gotten him to where he was today. CEO of JI. There was even a rumour floating around the Jensen head offices that JJ had ceased to need sleep a couple of years ago, like 8

some strange executive version of a vampire that existed solely on a diet of coffee and sheer adrenalin.

It wasn't quite accurate but some days it seemed near enough to the truth. Especially when he could almost smell the closure of a deal or a takeover ... pulling back-to-back meetings and all nighters with an ease that gave him an almost God-like reputation among the executives in the company. One that was built on his own merits, not just because he was the Old Man's grandson. His lips quirked at that thought; it had always been a battle of wills between them. Even now that battle extended beyond the grave, Charles Jensen still trying to rule JJ's life. Well, no more. JJ

was about to wrest that power from him for good. The smile broadened as he looked out onto the London skyline, enjoying a rare moment of solitude and actual inactivity.

Time to savour his triumph as he killed two birds with one stone; getting one over on the old man who'd ruled his orphaned grandson's life with a rod of iron and one on the woman who'd scorned and rejected him all those years ago.

Granted she'd been little more than a child then, barely eighteen, but there were some things a man didn't forget and a rejection from a gold-digger was one of them.

His hazel eyes glinted in satisfaction as he looked out the window. His attention wasn't on the view, fantastic as it was.

He was used to stunning views like this from every office and apartment he called his own. Luxuries like that were just some of the perks of money.

But the view he wanted to see wasn't from a window.

Behind him, spread open on the expansive desk was a file containing the usual legal mumbo-jumbo he navigated on a day-to-day basis. But in the middle of it all lay the centre spread for one of the expensive glossy magazines. The main picture was of Zette spread across a lush bed in one of her trademark corsets, her hair spread around her like a cloak and a sexy look in her come-hither eyes.
That
was the view JJ

wanted to see, in his own bed, and one he was intent on making a reality very, very soon.

Provided of course he got through this meeting alive. He had no doubt Zette would be pissed when she stormed through those doors, intent on giving him a right dressing down ... he paused, corrected himself ... no, intent on giving the head of Anders Entertainment a right dressing down. His lips curved in a wicked little smile. At this moment she had no idea that the man she was expecting to see and JJ were one and the same.

If she did, he was fairly sure she'd refuse to show for the meeting she'd finally managed to get with him, browbeating the receptionist on the front desk and running the gauntlet with various people until she reached his PA. Or at least the woman they'd assigned as his PA after his swift and unpublicised takeover of Anders Entertainment two weeks ago. His
deliberately
unpublicised takeover.

He had to admire her persistence and determination though. It couldn't have been easy to get this morning's appointment, especially when he'd forbidden his new staff to agree to one until he gave the order. He had to be sure he 10

had everything set up before he sprung the trap. He straightened as a car pulled into the entrance below, disappearing under the canopy outside reception. She was here.

JJ smiled, his voice soft in the large office. "Come into my parlour, said the spider to the fly."

Zette took a deep breath, mentally composing herself for the battle ahead as the limo door opened. She hated riding in it, preferring to drive herself. Except in London. She just didn't have the aggressive nature to cope with driving in London, getting flustered too easily, so the limo it had to be.

She slid to the edge of the seat, reaching for the slim leather file next to her, the heavy silver bangle on her wrist peeking out from under her cuff for a second as she slid from the vehicle with well-practised ease.

Rockstar 101, she thought with a smile as she realised she'd clenched her knees together, crossing them on automatic as though she was wearing a micro miniskirt with a horde of photographers all eager to discover what colour her panties were for tomorrow's headline photo. She shuddered, well used to that sort of human piranha; glad that today at least, she could get out of a vehicle without getting blinded by flashes. She stood, smiling at the chauffeur as he got the door for her. They'd have been disappointed today anyway; Zette's voluptuous figure was encased in a rather severe business suit.

It was an effort to fit into the world she had to deal with today to save her
Midsummer Night's Dream
concert from being a 'failed before it got started' effort rather than the raging success she wanted it to be. Knew it was going to be.

Everyone liked a charity concert, it made them feel good to be doing something for a good cause and she'd put a lot of effort into making sure that all the money collected would be going to the various chosen causes. With the line-up she had organised, it should be a resounding success. It couldn't possibly be anything else.

The trouble was, with the suit on and her mass of sable hair scraped back into a businesslike pleat, she felt completely out of place. Like a young girl playing dress up with her mother's clothing and pretending to be all grown up.

She sighed and tugged at the jacket, smoothing it over her ample hips and wishing she was dressed in her usual comfortable jeans. Her fingers brushed the steel bones of the corset she wore, almost hidden under the severe jacket and she smiled. Her confidence returned at the small reminder of who she was, adding an extra sassy sway to her walk as she headed into the reception hall.

"Zette Matthews, I have an appointment at eleven with Mr.

Anders," she announced to the young blonde on reception, hiding a smile at the younger woman's double take as she heard Zette's distinctive smoky, sultry voice and connected it with the rather petite woman who stood in front of her.

Zette ignored the look, used to it by now. People always seemed to expect her to be taller. Probably because her stage 12

persona was so much larger than life, her singing voice on the lusty side of powerful.

We didn't expect to see you just yet," she admitted, explaining some of her surprise to see Zette, glancing at the clock on the opposite wall.

It read five to eleven.

Zette sighed mentally. Along with expecting her to be taller there were also those who expected her to be the prima-donna stereotype just because she was a celebrity.

Continually late, temper tantrums, etc. It was a misconception that totally got on Zette's nerves. She never had been the sulky rock-chick type and she didn't intend to start any time soon.

She hid her irritation well and smiled. "I always like to be early for an appointment," she admitted. "I know I get cranky if I'm waiting on someone, doesn't seem fair to expect them to wait for me."

"Of course, of course. If you'll just take a seat for a moment, I'll call up to Mr. Je ... I mean Mr. Anders's assistant. Can I get you anything whilst you wait? Tea, coffee..." She trailed off, looking at Zette expectantly, the receptionist patter honed to perfection.

"No, thank you, I'm good." Zette replied on automatic, moving over to take a seat and admiring the view from the wall to wall windows overlooking a rather nice landscaped garden. She liked gardening. After the hectic whirlwind her life became sometimes it was nice to grub around in the dirt weeding. Plants didn't care who or what she was, they didn't 13