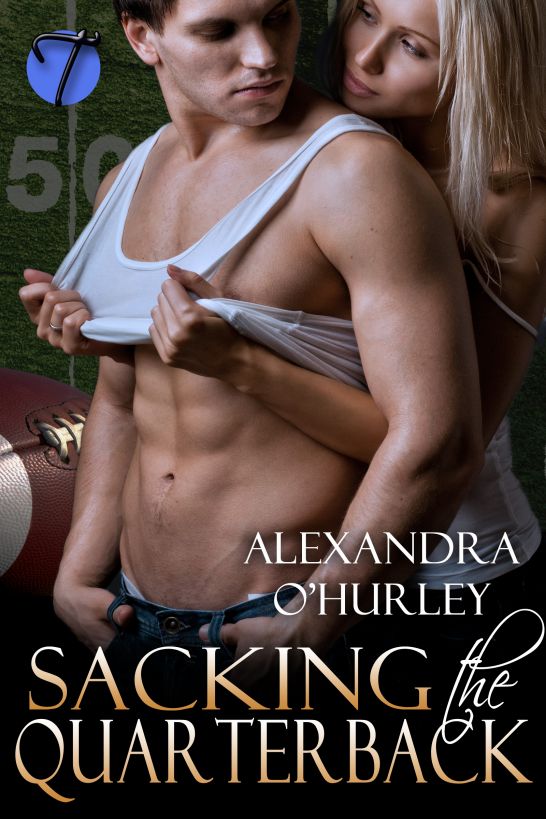 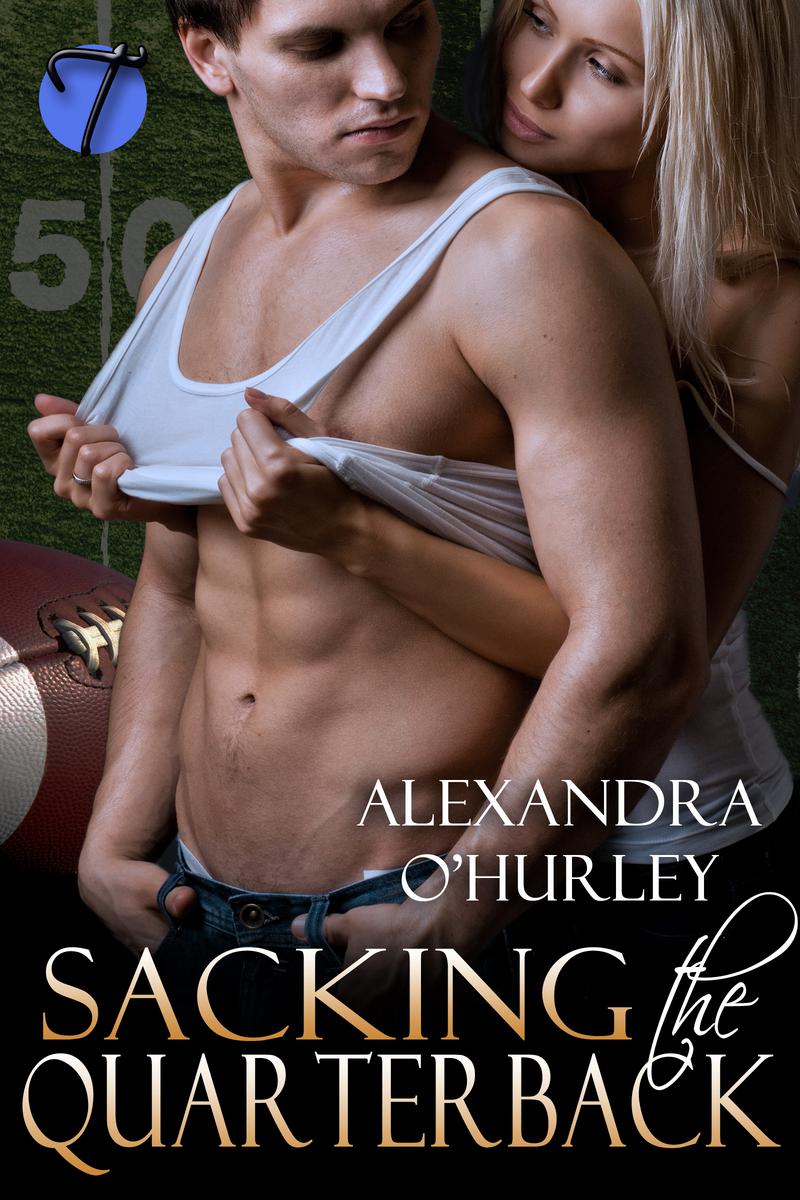 At fourteen, Taylor Ashby
had a schoolgirl crush on Rhett.  Who could ignore the hotter
than hell senior quarterback of the football team?  But he
left for college before she had her chance and went on to be the
hottest quarterback in the NFL, a world away from little Dixon,
Texas.
Ten years later, Rhett Banes comes home after a very public divorce
that caused his world to come crashing down.  Coming home, he
hopes he can remember the man he was before all the glitz and the
money screwed with his head.
When Rhett comes across his best friend's little sister all grown
up, he can barely keep his hands to himself.  But Taylor isn't
the same little girl who had an infatuation.  She's all woman
and might be too much for him to handle—especially when a woman is
what got him into trouble in the first place. 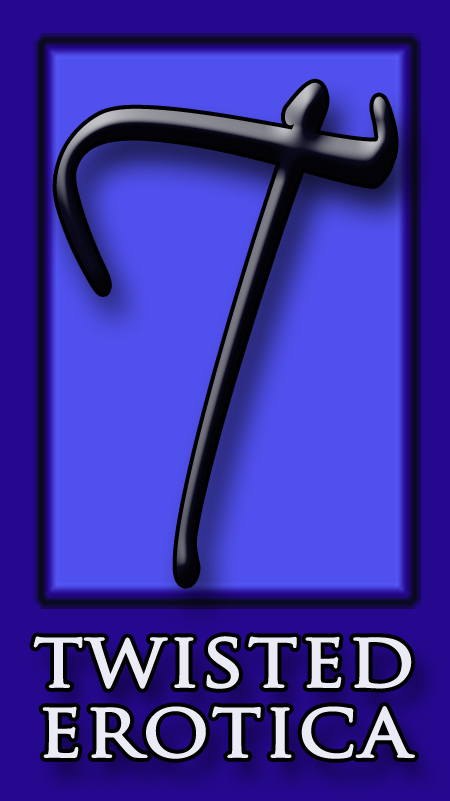 ALL RIGHTS
RESERVED:
This literary work may not be
reproduced or transmitted in any form or by any means, including
electronic or photographic reproduction, in whole or in part,
without express written permission.

To the Ravens—I might have
wept that our playoff shot was lost but at least it spurred on an
idea.

Taylor Ashby spied Rhett Banes through
the crowd of tipsy partygoers, her heart beating a staccato in her
ears. In the relaxed setting, the moonlight hitting his tanned skin
only made him all the dreamier. Waves crashed against the beach
where a dozen or so cars had parked, the collective headlights and
radios giving them all the light and music they needed. A chilly
breeze blustered up from the water and cooled her heated skin as
she thought of what she should say when she finally told him her
secret. She’d had a crush on him for years, but he’d always seen
her as Jennings’ little sister. She was almost fifteen and becoming
a woman. Surely he could see that.

Taylor had to make him see. If she
could just muster her courage.

It was the night before Rhett went
away to college on a full ride football scholarship, and she knew
tonight was her last chance to make an impression of some kind.
After two years of an intense crush, her heart was breaking. Rhett
was leaving, and her life would never be the same.

She clasped the cup of warm beer in
her hand. She’d only choked down about half of it, wishing she’d
drunk faster when it had still been slightly cold. The taste was
revolting, but there was no way she was going to look like a little
girl with all the seniors surrounding her. It was amazing enough
she’d been allowed into the party as a freshman. Or rather, rising
sophomore, as she technically had passed the threshold. She wasn’t
a little girl anymore.

Tonight, she had to show Rhett what
she was made of. His girlfriend, Maria, sat on his lap, laughing
and babbling to her friends, acting as if she had not a care in the
world. Did she not mourn the fact her boyfriend was leaving? Did
she not see this was terrible? Of course she didn’t, because now
she’d be free to fuck her way through the county.

Taylor happened to know Maria had
already screwed half the senior class, as she’d overheard Jennings
telling another one of their friends what a whore she was and how
bad he felt not sharing the info with Rhett. Her brother had been
too scared to hurt his friend’s feelings, but Taylor didn’t share
the same concern.

Taylor looked through lowered lashes,
watching his every move. He was eighteen and perfect. His body was
strong and lean, his long legs making him tower over everyone
there. Rhett’s short dark locks were just long enough to push her
fingers through, which she dreamed of doing as he kissed her
passionately, a fitting farewell. His ready smile and laughter made
goose bumps skitter across her arms.

Tonight he’d finally see her and she’d
have a college boyfriend. He could drive home on weekends and they
could neck in his old pickup truck. She could head up on game
weekends; she was sure she could get Jennings to take
her.

A siren sounded and everyone scurried
around, jumping in cars. Panic struck Taylor. No! No! This couldn’t
be happening. Tonight was her last chance to tell Rhett. As the
police cars got closer Taylor looked for the boy she’d come with,
but he was nowhere in sight. Of course, she’d ditched him almost as
soon as she’d gotten there so she could check out Rhett, so it was
her own damned fault.

Taylor looked up and saw Rhett holding
a hand out to her. Her heart beat through her chest, amazed he’d
come for her.

“
Come on! Jennings would
have my ass if I let you get caught,” he cried. “I should’ve called
him the minute I saw you.”

Deflated by his comment, she took his
hand anyway and let him lead her to the back of a pickup truck. She
climbed in along with a half dozen other people and hunkered down.
Near the tailgate, she pouted a little as she watched Rhett go
toward the cab to sit beside Maria. He slapped his hand on the roof
and the truck took off, bouncing over the sand dunes.

Taylor held on for dear life, the
speed the driver was going much too fast for the hilly sandbanks.
Her stomach was instantly in her throat, the sensation of vomiting
coming over her. Damned beer! She worked hard to hold down the need
to throw up, but the more they bounced, the worse she felt. Finally
she twisted to her knees and held her head over the back end of the
truck. No way was she going to embarrass herself by upchucking all
over everyone in the truck. She’d never live it down.

The truck hit a monstrous dune, the
tires coming off the ground before impact. The force of the
resulting bump threw Taylor clear from the truck. She hit the sandy
shore too fast, the shells and sand scraping and cutting her skin
as she rolled and skidded across the surface. When she came to a
stop, she laid there for a moment, not sure she should move at
all.

After her heart calmed a little and
once the nausea settled, and she was absolutely sure nothing major
was ruptured, she rose on her elbows to watch the truck’s lights
dimming the farther they drove.

They hadn’t even stopped.

Had anyone noticed she’d fallen? Did
they even care? The truck had been at the back of the pack of cars,
so she was now lying stranded out in the middle of nowhere, with no
help on the way, unless she headed toward the cops and admitted she
was at an underaged kegger. Her parents would be so
proud.

Taylor slowly stood, fidgeting in her
pocket for her cell phone—which didn’t seem to be there. She looked
around her a little to see if she could find the damned thing, but
in the moonlight, she couldn’t see much except shining, wet sand.
It was at least five miles to the nearest pay phone and her body
already ached from the fall. She’d only feel worse as the night
wore on.

Hot tears prickled the backs of her
eyes. She let them fall as she started walking home. Not only had
she missed her chance to have her moment with Rhett, she’d seen
just how little he cared about her.

“
The last time I saw Rhett
Banes, it was from the back of a pickup truck as I fell out of the
bed and onto the sand dunes. They didn’t even stop for me. They
left me on the beach, scraped and with my ego torn to shreds. I had
to walk home. It took me four hours, and I ended up getting
grounded for two months.”

“
Taylor, it was so late,
you woulda been grounded even if they’d taken you right home, so
you can’t blame Rhett for that,” Ava said before chuckling. “And he
wasn’t even driving that night. Are you honestly going to tell me
you’re still holding on to a ten year grudge?”

Taylor crossed her arms over her chest
and lifted her chin. “And if I am? He should’ve noticed I wasn’t
there anymore. Not one of them called to see if I was okay. What if
I’d been really hurt?” She knew it was silly and immature, but he’d
left the next day for college and she’d not seen him since. Her
puppy dog crush had broken her heart in that moment, and even if a
decade had passed, it still stung.

“
I’m sorry that happened,
but it wasn’t Rhett’s fault you fell. It wasn’t his fault you’d
drunk too much that night, trying to get his attention, either. I
mean, come on, he was the senior star quarterback and you were a
nothing freshman. What did you expect? You were lucky to have even
been invited into the back of the truck in the first
place.”

“
I had half a beer. It was
the wild ride in the dunes that made me feel like throwing up. And
how do you call it lucky? I still have skid marks from falling out
of that truck.”

“
Be thankful you fell on
sand and not pavement, or you’d really have some scars. Get over
it,” Ava snapped.

“
My one chance to make an
impression on that man was ruined.” Taylor looked around the shabby
bar. “And maybe if I hadn’t fallen, my life would’ve been
different.”

“
Different how? You’re
about to graduate and make something of yourself. What’s so wrong
with that?”

What Happens in the Darkness by O'Rourke, Monica J.
Come Into The Light by O'Rourke, Stephen
El pájaro pintado by Jerzy Kosinski
My Favorite Bride by Christina Dodd
Tailspin (Better Than You) by Raquel Valldeperas
Little Tiny Teeth by Aaron Elkins
Kiss the Girl by Susan Sey
Castle: A Novel by J. Robert Lennon
Night on Terror Island by Philip Caveney
Gourdfellas by Bruce, Maggie
Our partner