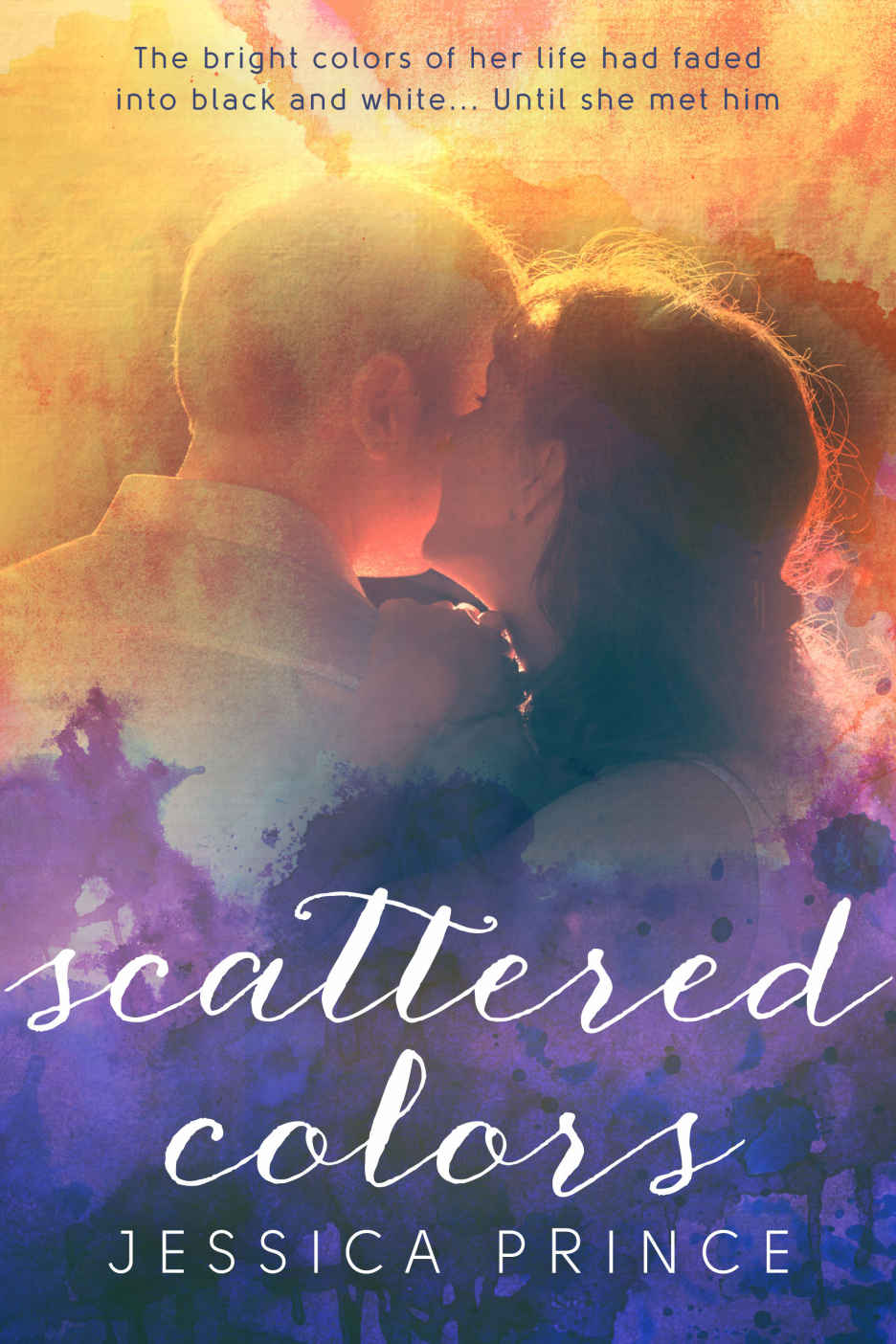 Copyright © 2015 by Jessica Prince
All rights reserved.
Visit my website at
www.authorjessicaprince.com
Cover Designer: Najla Qamber,
http://najlaqamberdesigns.com/
Editor: Hot Tree,
www.hottreeediting.com/#
Interior Designer: Jovana Shirley, Unforeseen Editing,
www.unforeseenediting.com
No part of this book may be reproduced or transmitted in any form or by any means, electronic or mechanical, including photocopying, recording, or by any information storage and retrieval system without the written permission of the author, except for the use of brief quotations in a book review.
This book is a work of fiction. Names, characters, places, and incidents either are products of the author’s imagination or are used fictitiously. Any resemblance to actual persons, living or dead, events, or locales is entirely coincidental.

THE PICKING UP THE PIECES SERIES:

Picking up the Pieces

Rising from the Ashes

Part I: Black and White

To those of you that helped me every step of the way.

I think the use of the phrase
life is hard
has become so diluted, so overstated throughout the years that when someone hears it, the words go in one ear and out the other. The impact is no longer there. The meaning, the importance of that phrase no longer holds any water with those it’s spoken to.

It wasn’t until you’d already been knocked to the ground countless times, questioning if you could take anymore, that you truly saw the validity in the words
life is hard
. But by then, the pain had already reached a point where those words did nothing but fuel the deep resentment you’ve begun to feel. You’d feel the need to look up at the skies, screaming
tell me something I don’t know
!

My life became hard at the age of seventeen, the summer before my senior year of high school. I thought it couldn’t get any worse, but that was just the beginning of everything. Over time, life for me would get even harder. The world would hold no color or happiness. Just a bleak black and white loneliness that would threaten to pull me under.

My story isn’t a pretty one. The bumps in the road were monumental and infinite. But it’s
my
story. And the one thing that holds true is this….

Despite the hardships, I made it through to the other side.

I turned in my friends’ direction to see Carey and Lisa loading their drill bags in the back of Carey’s car.

“I’m sure!” I yelled back. A quick glance at my watch showed that my mother was already ten minutes late. “I bet she just got caught in traffic. She’ll be here any minute. I’ll see you guys tomorrow.”

My friends sent me quick waves as they climbed into the car and started out of our high school parking lot. I pulled the strap of my own drill bag from my shoulder and dropped it to the ground before taking a seat on the rough concrete sidewalk. Every inch of my body hurt. My poor, aching muscles cried out in relief as I leaned back against my bag. Competition had been brutal this year, but my Drill Team had walked away victorious, having won first place overall. Dancing wasn’t necessarily a passion of mine, but I stuck with it because of the look of sheer joy on my mother’s face every time she saw me perform. Dance had been her dream but as she told it, having two left feet had nipped that dream in the bud early on. She’d enrolled me in every class imaginable once I was old enough, and I kept at it because it made her happy. But with my senior year coming up, I was counting down the time until I could walk away from it all. After graduation, I was done.

Closing my eyes against the bright sunlight, I leaned my head back and listened to the noise of the city. I could hear the faint sounds of cars honking, of sirens in the distance, but none of it fazed me. Chicago had been home to me my entire life; the hustle and bustle noises came with the territory, and I’d grown accustomed to tuning them all out.

Another glance at my watch. Twenty minutes late.

Hitting redial on my cell, I tried calling her again and just like the last time, it went unanswered. Worry stirred in my belly with every minute that ticked by. My mother wasn’t the type of person to ever be late, and I couldn’t remember the last time she hadn’t answered my call. Dread formed a massive knot in my chest as the hands on my watch continued to turn with no signs of Mom. The longer I sat on the hard ground, the louder the voice in my head began to shout.

Something was definitely wrong.

“No.
No!
” The soul-crushing devastation in my father’s voice was the only sound that could penetrate the blood rushing in my ears.

“I’m sorry, sir.” The doctor spoke with a calm, methodical tone which had no doubt been honed over years of having to break bad news to families just like mine, families who had lost someone they loved.

For six days, my father and I sat vigil at my mother’s bedside, hoping and praying she would pull through. Phrases like “she’s strong” and “she’s a fighter” had given us both the hope that she’d somehow manage to make it, that one day her eyes would miraculously open and our lives would go back to the way they’d been. For six long, excruciating days, it felt like the pause button had been pushed on my life and I was just waiting impatiently for it to start back up again. That was, until just moments ago. Six days of fighting and my mother had finally lost the battle for her life and slipped away.

Pigmeo by Chuck Palahniuk
Control by Lydia Kang
Gettin' Dirty by Sean Moriarty
Judy Moody Declares Independence by Megan McDonald
Hiding His Witness by C. J. Miller
Icing on the Cake by Sheryl Berk
Poems That Make Grown Men Cry by Anthony and Ben Holden
Tesla's Time Travelers by Tim Black
With Patience and Fortitude: A Memoir by Christine Quinn
The Manual of Detection by Jedediah Berry
Our partner