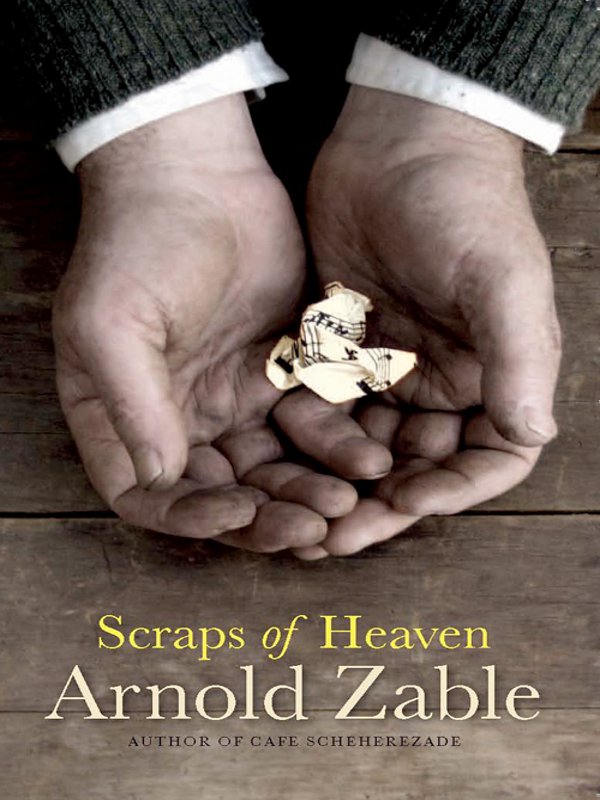 âArnold Zable is a storyteller, one of the best I've heard.
He tells his stories, which could be described as Yiddish Australian folk tales, with humour and quiet dignityâ¦This is truly a man who believes in the power of stories.'
Martin Flanagan

âThe ability to see the beauty in the ordinary in a world obsessed with the extraordinary informs every aspect of Zable's writing.'
Australian

âArnold Zable is a writer who turns the unnoticed and the overlooked into something fine and lustrous.'
Courier-Mail

âHe explores the shadow side of Australian multiculturalismâ the immigrant and minority experiences of traumatic loss and displacement. Yet like so much of Zable's writing, it is also a celebration of the immigrants' resilience and creativity. In Zable's eloquent style, storytelling is heightened by pathos, tragedy and lyricism.'
Age

âZable has worked that miracle of storytelling which puts our hearts in our mouths even when we know that it will all
come right in the end.'
Australian Book Review

Arnold Zable is a widely published writer, storyteller and educator. His books include
Wanderers and Dreamers
, the award-winning
Jewels and Ashes
, the national bestseller
Cafe Scheherazade
and
The Fig Tree
, the companion CD of which was winner of the National Folk Recording Awards. Arnold Zable lives in Melbourne with his wife and son. 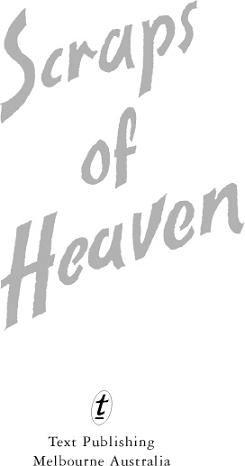 âEnjoy Yourself (It's Later Than You Think)', words by Herbert Magidson, music by Carl Sigman, Â© 1944 Magidson Music Co. Inc. and Edwin H. Morris & Co. Inc., USA. Used by kind permission of Warner Chappell Music Australia.
Every effort has been made to trace the original source material contained in this book. Where the attempt has been unsuccessful, the publishers would be pleased to hear from the author/publisher to rectify any omission.

This project has been assisted by the Commonwealth Government through the Australia Council, its arts funding and advisory body.

For asylum seekers and displaced peoples,
who continue to risk perilous journeys in search of new lives.

And for the Wurundjeri,
who have known the area we call âCarlton' for millenia.

Late at night, weaving in and out of his dreams, comes the neighing of a horse, the metallic clip-clop of hooves, the rattling and tinkling of bottles, the quick rhythmic steps of a man on the run, interrupted by the creaking of the front gate flung wide open; and from his half-sleep Josh can hear him, the milkman, deposit the half-dozen or so bottles by the front door. It is a comforting sound, a familiar sound. It has about it a sense of orderliness and regularity. It emanates goodwill and seems to whisper: All is well in the world. While you sleep, little children, you are being looked after.

Josh has never seen the face of the milkman. He remains a creature of the night, of the pre-dawn hours. All he knows of him is the sound of his deliveries, the footsteps, the final swing of the gate shut as he retreats, on the run, back to the milk cart. Then, like phantoms, the horses move on, the neighing subsides, the jingling vanishes into the distance. And there, in the morning, as if to prove it was not merely a dream, stand the bottles, gleaming white, neatly arranged by the doormat, twinkling with dew, while on the road lies a trail of horse manure.

Ah! For Romek Swerdlow, Josh's father, this is gold. He rolls up his sleeves, shovels the manure into a bucket and carries it on the run, through the house, to the backyard, where he spreads it over his vegetable patch under an early morning sun.

The clothesline extends from the fence to the wash-house
,
a makeshift extension tacked onto the back of the house. The wash-house is a windowless shed lit by a single bulb. The tin roof is pockmarked with rust, its rafters are coated by spider webs and dust. Three of its walls are made of brick, the fourth is a sheet of masonite that has buckled under the heat of countless suns. Inside, steam is rising from its two washtubs. Zofia stands on the stone floor and lifts the clothes out, one by one. Romek has left for work, Josh is out in the streets. Who knows where he has gone? He is not quite twelve, but does as he wants.

Zofia kneads and slaps each garment against the lips of the tubs. Her dishevelled hair is black, her forehead covered in sweat. She is wearing a sleeveless cotton dress, and her elbows glisten with suds. Her bare upper arms are soft as
khallah
, but they are strong; the muscles are an undertow, coursing beneath layers of fat. She beats the laundry into submission. Thwack. Thwack. And she sings:

Zofia lifts each garment out of the tub. Thwack. Thwack. She wrings out the water, and drops them into a bucket which she hauls out to the washing line. The day has ripened, the yard is lit by an ascendant sun. The yard is a rectangle, surrounded by corrugated fences, and a timber fence blanched and cracked. A toilet stands in a far corner of the yard, three-sided-brick enclosed by a wooden door. Beside the seat, Zofia has placed sheets of newspaper, neatly cut. From an adjoining yard chooks can be heard muttering as they forage about.

She glances at the clumsy arrangement of bricks; the furrows between them are crusts of summer dirt. A row of timber sleepers marks the divide between the brick path and two strips of earth, two metres wide on either side. The strips are cut into plots of tomatoes, marrows and beets, dotted by the fresh manure Romek had scattered soon after dawn.

Zofia returns to the wash-house and retrieves a second load. She moves with purpose, intent upon her task. She twists each garment after one last rinse and pegs them to the line. Blankets and sheets balloon into flight. Water flows from the hems in a steady drip. Vests and cardigans, underwear and shirts, unfurl in the wind. And still she sings:

They call him âthe Clothesline Bandit'. When he steals it is on an impulse. He cannot resist the sight of clothes hanging free on a line. He can hear Zofia singing as he walks by her yard in the back lane. He lifts himself onto a neighbouring fence, pokes his head over, and inspects the garments that stutter in the wind. He glances left, right, with a thief's wary eyes, sees that the coast is clear, then scales the fence, and falls to the ground with a lightness of touch that belies his heavy build.

The bandit runs to the line, grabs a jacket, a pair of trousers, and a shirt that appears to be the right fit. He pauses, gasps for breath, and hauls his thick frame back over the fence. He scolds his shins on the timber rim as he lowers himself back to the lane, and scurries away.

He does not restrict himself to clotheslines, but steals equipment that any twelve-year-old must have: a cricket bat, a set of stumps, and matting for a portable pitch. The Rising Star Hotel on the corner of Rathdowne and Kay streets has got them all, packed tight, in one kitbag. It lies in the carpeted passageway, clearly visible through a side door.

Why not dash into the pub and nick it? thinks the Clothesline Bandit, who happens to be passing by. What harm can it do? He darts in, snatches the bag, and darts out in one adrenaline-fuelled rush. And that bicycle leaning against the fence of the house next door, it glistens in enamelled blues and reds. The spokes radiate strands of silver, the chain is greased. He has wanted a Malvern Star and this one is brand new.

Early afternoon, Josh sees him riding his bike. The Clothesline Bandit is struggling. The Malvern Star is too small for the overweight boy, and he has tied the stolen clothes and kitbag to the crossbar. It is a fatal mistake. The bike wobbles along Canning Street. Josh gives chase. âGive it back,' he screams, as he draws alongside.

Big Al, alias the Clothesline Bandit, dismounts. Big Al is his preferred name. Yes, he is a big boy, all muscle and flesh; but it is a lazy physique, though he can will it into short-lived agility when enticing booty is hanging on a line. There is more fat than muscle. Fish and chips are his nightly fare. Al is only twelve, but already his stomach is beginning to sag.

âJust saw it lyin' against a fence,' he protests.

There is no need for the cops. After all, Josh has retrieved his bicycle and Al, a classmate, is telling him about the cricket bat and stumps, and the big game in two days time between the Curtain Square boys and the Carlton Gardens mob. That's how it is with Big Al, he provides a service.

The heat rises from the pavements. Window blinds and curtains are drawn, rubbish bins grin in back lanes. The steel ribs of stormwater drains are hot to the touch. Josh and Al make their way to the Carlton baths: Josh on his reclaimed bicycle, Al lagging behind, breathless, as he struggles to keep up.

They move across Curtain Square to Rathdowne Street, turn left, walk several blocks, cross busy Princes Street and stroll the final fifty metres to the entrance of the baths. The changeroom floor is puddled with water from the collective drip of a thousand boys. Josh and Al strip, pull on their bathers, and squeeze their clothes into a locker. Josh slips on the stone tiles as he runs out. The contrast between shade and light is stark. Bitumen scorches his feet, and the pool reflects sun in his eyes. On the top of the water filter above the screams and splashes sits Jake, the guardian of the pool, the undisputed king of the baths.

âHe was once Mr Australia, ya know,' says Al.

Bronzed body oiled, Jake leans back, a glass of beer in hand; three bottles are lined up by his side like soldiers queuing for duty. Jake's casual posture is a lie. He is on full alert. His blue eyes scan the pool. Big Al vaults into a stomach dive; the impact scatters swimmers in his wake. Jake leaps from the filters, and in one swift movement he hauls Al out. He twists his arm behind his back, marches him to the lockers, and orders him to dress and get out.