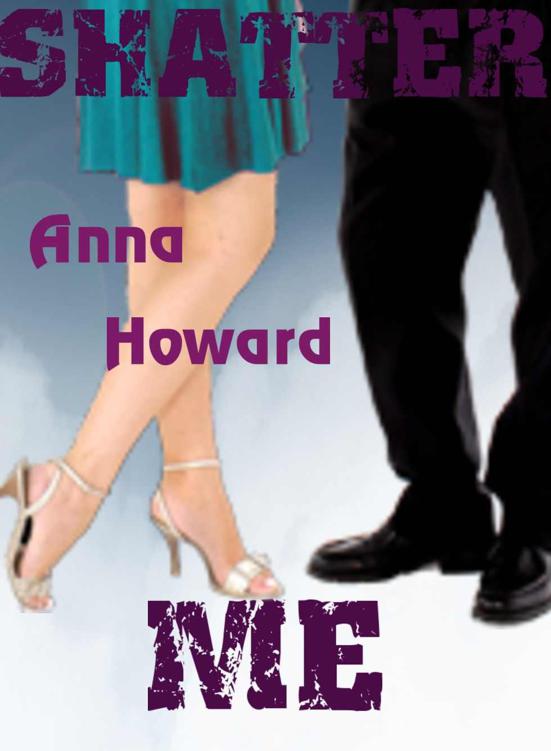 The
gut churning burn of humiliation
was nowhere near
as bad as
the pain that was in my heart. I couldn’t breathe as I stood there on the crowded balcony overlooking the ballroom below. It was hot inside but
I
felt as cold as the
frigid
December night outside.
As if I could protect myself from any more pain I wrapped my arms around myself and tried to rub some semblance of warmth back into my iced over arms.

How could he do this to me?

That same question kept repeating itself over and over inside my mind until I thought I was going to scream.

How could
she
do this to me..?

That was the question that always followed the former one.
That two
of the people that I loved the most in the world were ripping me into a million
pieces and they seemed to not
even notice. Or care.

Bianca Carrington was my best friend in the world. We have gone through hell and back together. I
had
held her close and cried with her when she had lost her unborn child
two
months ago. Spent countless hours on the phone with her in the middle of the night when she had broken things off with her boy-friend not long afterwards.

And now she was making out with
my
boyfriend at a stupid society Christmas
Gala
that everyone who was anyone
in Manhattan
was attending.
The spectacle that Bianca was making
of
herself would be all over the tabloids come morning and would stay there until well after the New Year. And I…I would have to sit and watch it all.

The sparkling diamond on my ex-best friend’s left hand glimmered in the excellent lighting as she thrust her fingers through Keith’s hair.
Hair that I had felt tinkle
my own fingers just a week before. The sight of
that
ring made my stomach roll and I turned away so that I wouldn’t have to see the family heirloom that I had hoped would one day grace
my
hand.

Slowly I raised my head and briefly met the gaze of Hunter Winthrop. To look at him one would never realize that he was Keith’s brother. The two looked nothing alike.
Acted completely opposite.
His dark blond hair was cut shorter than Keith’s own jet black that always seemed to be in need of a trim. His blue eyes where warm and
friendly more often than not, as compared to his
older
brother’s cool green eyes that w
ere
always assessing every situation. Hunter was an inch or so shorter than Keith’s six foot four, but when compared to my five feet
six
inches both seemed like giants to me. Both brothers were devastatingly good looking and disgustingly rich to the point of being indecent with it.

But when it came down to it, I felt nothing for Hunter.
Whereas Keith
could make me ache with just a raise of his sardonic eyebrow.

“Kari?” Hunter grasped my elbow when I began to sway on my feet. “What is it? What’s wrong?” He murmured, concern darkening his kind eyes.

Tears burnt my eyes and stung my nose as I tried to keep them at bay. “I…” I took a deep breath and swallowed hard to dislodge the emotional knot that seemed to be suffocating me. “I just want to go home.” I whispered, lowering my eyes to stare sightlessly at my silver Jimmy Choos.
The shoes went well with my sparling silver dress and I had thought that I looked like a shimmering snow flake.

Hunter grunted as he glanced over my shoulder and saw the reason for my distress.
“Bastard!”
He bit out under his breath as he no doubt saw his brother with his tongue down Bianca’s throat.

Slowly I raised my head once more and then quickly looked away. It hurt to look at Christian nearly as much as it did to look at the couple downstairs. And within moments of his arriving and finding me he was boiling with rage
of
his own rage
.

“What the hell is going on?” He demanded.

My chin trembled. “They say they a
re getting married.” I whisper
.

Hunter shook his handsome head and
w
rapped his tux jacket around my trembling shoulders.
It did nothing to alleviate the
chill
that
had seeped into my very bones
. “I don’t know what to tell you, Chris.”

For the last
few
week
s
I h
ave
been secretly
meeting with
Christian.
Helping him plan tonight just right.
After his heartbreaking breakup with Bianca he had realized all of the mistakes he had made. We had searched all over New York for the right ring, and he had been so excited about proposing to Bianca tonight.

But now none of the romantic things
I
had helped to put in motion for
my
once best friend would ever take place.

I pulled Hunter’s jacket closer. “Will you take me home?” I asked, not sure which one I was talking to.
Not caring as long as I got to go home and wash the night off my skin.

“Of course.”
Hunter assured me, his deep voice gentle as if I were a hurt child that needed taking care of…And maybe I was just then.

“No.” Christian grasped my elbow. “Let me.” He sounded hurt and angry and distracted. But he was still concerned for me.
And if I hadn’t been so distraught I might have been touched.

I mumble a good night to Hunter
as
he kiss
es
my cheek. Christian guide
s
me downstairs, and through the ballroom.
I c
an
feel eyes on me from every direction. Could hear the whispers and gasps and snickers from my so called other friends as we ma
k
e our way through the crowded ballroom toward the exit and my salvation.
I kn
o
w as soon as Keith turn
s
his attention from his new fiancé to me. My skin beg
ins
to heat for the first time all evening and I raise my devastated gold eyes to meet his hostile emerald ones.

Underneath all my pain and the remains of my shattered heart anger beg
i
n
s
to boil. I h
ave
loved this man with my whole heart, ha
ve
given him everything that I
am
and asked for nothing in r
eturn except that he
cherish
me.
But he ha
s
n’t, and now I
am
broken.
And for what?

My gaze went to my ex-BFF.
Her wraith like figure with just a hint of curve to suggest that she had a woman’s body.
Her pixie cut dark hair and those ice blue eyes
that were currently shooting daggers at me
. She was gorgeous and she knew it. Whereas I was nowhere close to her in the looks department.

Why are they glaring at me?
I can’t understand it. They have told me that they have realized all their hate and disdain for one another was really
love
. That they have been secretly meeting for a while now and that they just couldn’t help themselves. So why am I getting the evil eye from them when they are the ones destroying me like this?

Beside of me Christian
i
s simmering with rage and hurt. And when we pass the
couple
I put a hand on his arm, silently pleading for him to not make a scene. I just couldn’t handle that on top of the humiliation that these two ha
ve
already put me through this evening. “I want to go home.” I
whisper
.

He gaze
s
down at me.
T
aking in my no doubt deathly pale complexion, tear glazed golden eyes and trembling body. Some of his pent up rage ease
s
and he drop
s
a kiss on my forehead
before
gently tugged me toward the exit.

I breathe a sigh of relief once we
are
outside and Christian ha
s
given the valet his ticket. “
Thanks for getting me out of there.” I murmur.

His shoulders, still tense with suppressed anger
,
lift slightly in a shrug.
“Anything for you, Kari.”

It
i
s snowing. I pull
Hunter’s tux jacket closer around me and gaze
up at the snowflakes falling.
I ha
ve
forgotten my own coat but that seem
s
trivial compared to all the things running through my mind at the moment.
“This use to be my favorite time of
the year.”
I smile grimly. “Now I think I hate it. And I hate them for making me hate it.” I surprise even myself as I beg
in
to weep.

“Kari!” Christian pulls me close and I bury my face into his tux. “Hush, Kari. Don’t do this to yourself. He isn’t worth it. Neither is she.” His deep voice sound
s
choked and it only makes me cry harder. Great gulping sobs that make my cold body hurt.

Thankfully the valet returns quickly with Christian’s Jag and he helps me into the front passenger side before getting in himself. I lean my head back against the headrest and close my eyes, not even bothering with the seatbelt. He drives slow and carefully and the snow falls harder. It’s going to take at least an hour to get to my father’s house in this weather.

New York is surprisingly quiet tonight.
Most of the city dwellers have left to visit family for Christmas which is only a few days away.  It i
s close to midnight and there are only a few cabs
and other vehicles on the roads
in what looks like the beginnings of a
crazy
blizzard.
Christian turns on the radio so that we aren’t sitting in complete silence with our shared pain.

The Far Side of Paradise by Robyn Donald
Anyone but You by Jennifer Crusie
The Best Australian Stories 2014 by Amanda Lohrey
Trouble by Ann Christopher
The Perfect House by Daia, Andreea
'Tis the Season by Jennifer Gracen
Not Wanted in Hollywood by Leonie Gant
Stalin's Gold by Mark Ellis
Too Goode to be True (Love Hashtagged #2) by Allyson Lindt
And Then Came Spring by Margaret Brownley
Our partner