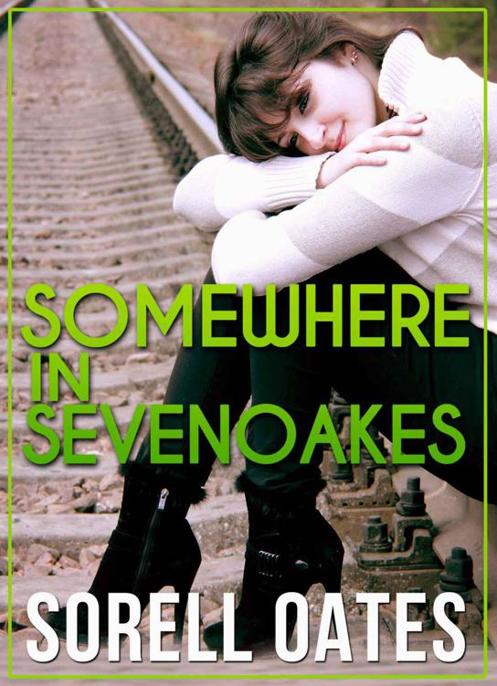 All characters appearing in this work are fictitious. Any resemblance to real persons, living or dead is purely coincidental.

For questions and comments about this book, please contact us at
[email protected]

Maddison set her drink on the bar and twisted her left wrist to subtly read the face of her watch.

”Clockwatcher!” boomed a voice in her left ear.

Whilst grimacing internally, she forced a watery smile externally.

”How come you're keen to get home this fine Friday evening?” quizzed her robust, red-faced boss.

Generally speaking, Maddison had a lot of time for Geoff, the financial director of the medium-sized firm of chartered surveyors she worked for in the heart of London's West End. Although in Maddison's opinion Geoff spent far too much time having boozy lunches with clients, which accounted for his permanently flushed cheeks and red bulbous nose, his accounting skills and superb business head were to be admired. He'd hired Maddison as an Accounts Junior at eighteen, eight years on he'd trained her to a standard where she was able to cover his role when required and undoubtedly would take over the position full time when Geoff was ready to retire. At that precise moment in time, despite her affection for her merry mentor, she was close to murdering him for drawing the attention of the entire accounts department to her eagerness to leave the Friday night drinking session.

”Don't worry, I'm not rushing off quite yet.”

”I should think not," grinned Geoff,” I can't think an empty studio flat would hold much appeal for a pretty, young thing your age in London on a Friday night. You should be making the most of your age and status Maddison. Don't waste your time on being broken-hearted over a man who never deserved you in the first place.”

Maddison inhaled deeply to maintain her poise. Geoff may have meant well, but reminding her work colleagues of her failed engagement had her reliving both the rejection of the break-up and the humiliation of having to disclose publicly to her workplace that the wedding was cancelled. The announcement came after the company had held a large party, laying generous gifts on her and her now ex-fiancé.

”Geoff, it was two years ago. Rest assured I've moved on from then.”

”But you've not been with another boy since!” he declared boisterously.

”My private life is private Geoff,” she mumbled into her glass of red wine.

”How come you're checking your watch then? Worried the cats are missing you?” joked her friend Helen.

”I hadn't realised my personal life or lack of one, was still the talk of the office,” said Maddison good-naturedly.

”And we enjoy your company. I don't want you rushing off when the next round is on me,” remarked Geoff.

Maddison's body relaxed. Deep down she knew her workplace really did value her contribution to the company and more importantly, she knew how fond they were of her; it was their approach she was uncomfortable with. Secure in the knowledge her colleagues only wanted the best for her, she permitted herself to appreciate their intent as opposed to the delivery.

”Geoff, I'm never going to turn down a drink when you're paying. I'll have another glass of red please – large,” she winked.

Geoff headed to the bar, taking with him all the various drinks, orders of the accounts department stored solidly in his brain.

”As for my felines, Helen, the reason I choose to have cats as pets is because of their independence. Like me, they don't need constant care or attention. I'm uncommitted and able to stay out with you as long as it suits me. Tonight it suits me fine.”

”I know you're Miss Independence, Maddy. I know you've climbed every rung of the career ladder through sheer determination and hard work, but even cats like to be pampered now and then. A little affection or tender loving care doesn't make you any less efficient at work,” said Helen seriously.

”I'm aware of that,” Maddy lowered her voice to confide solely in her friend Helen. ”It's a distraction I can do without for now. Work keeps me focussed and gives me direction in life. It's what I need.”

”It was two years ago,” chided Helen. ”Isn't it time to move on? I mean with a new man, not another kitten.”

”Helen, seriously, I have moved on. Rick made a joke of me for four years. I was young, silly and in love. Because I was open with my feelings, he took advantage and spent almost the entire relationship cheating on me. I was too blind to see what was going on. When I did find out,” she let the sentence hang in the air momentarily. ”Suffice to say, no one wants to discover that four years of their life was built on a lie. I wasted those years on a guy who didn't respect me. If I'm to be brutally honest I don't know if he even loved me. I chose to be with him. It was my fault. I didn't want to see what was happening. Scratch that, I don't think I ever wanted to see the truth. It was easier to pretend he loved me and my life would be a big, white wedding, with a happily ever after.”

”I'm sorry Maddy. I was being insensitive. Of course what you went through was traumatic.”

”Helen, I'm fine now. All I'm trying to say is, to jump straight back in the saddle would have been silly. If I learnt anything from that particular episode, it's to take your time getting to know someone. To leap into a relationship without any knowledge of the measure of the man is careless. You're practically inviting someone to make a fool of you. Okay, I may have been single for two years but I've been promoted as high as I can within the company, become a qualified accountant, I have a mortgage, good friends and two lovely cats,'' she concluded self-depreciatingly.

”What about the sex? Are you seriously telling me balancing books and calling in bad debts is better than romance and great sex?”

Maddison pretended to mull the question over, tipping her head to one side as she chewed the corner of her bottom lip.

”Well, it is pretty rewarding when you see the books balance at the end of the month,” she jested.

Geoff returned, placing a huge glass of red wine in her hand. Maddy thanked him and took a gulp.

”Truth is,” she whispered in Helen's ear, ”it mightn't be difficult to get the sex but finding a man whocan deliver the romance to accompany it isn't easy.”

Maddison let herself get lost in discussions revolving around everyone's plan for the weekends. Rather than risk checking her own watch again, her eyes drifted towards the clock hanging over the bar. It was past 9pm. She'd missed her regular train, which meant she'd missed the man of her dreams.

The man who shared her train was dreamy; making her daily commute the best part of her day. She allowed herself a private moment in the heaving pub to reflect on his gorgeousness. He wore tailored suits modelled on his tall, muscular frame. His long legs would stretch out in the carriage, almost brushing against her own. His bowed head with short cropped blonde hair and stormy blue eyes, permanently read material she guessed to be related to work. His tan hands gripped his phone, one thumb scrolling through endless emails. It was the last five seconds of their shared journey that were the best. He'd draw back his legs sharply as his stop approached, reach for his briefcase, stand to his full six foot three, then flash a smile directly at Maddy and nod before heading out with the crowd of rush-hour commuters to change trains. To Maddy he was beautiful. It was those perfect white teeth, chiselled bone structure, lean frame, and expensive, elegant suits that had her heart aflutter. He was a man she'd love to get to know better. Having stayed and accepted the extra drink off her employer, she'd missed the 7.40pm train which her beautiful stranger routinely took home.

Knowing she wasn't going to see him till Monday morning had her mood sink slightly. Taking in the warm, friendly faces of the team she managed, Maddy decided to enjoy their company and the effects of the alcohol until the bar-staff called for last orders.

James rested against a platform wall at London Bridge station, drinking a bottle of still water. His mind was cloudy from the celebratory drinks that had been flowing in his office since 4pm that afternoon. He'd been part of a team of lawyers on a large business merger which had successfully gone through that afternoon, bringing in a significant amount of money for the firm. The employers had put on a spread of food and drinks to thank the staff for their hard work. The treat was well received, with everyone letting loose; happy the deal was settled.

James had previously spent the entire week fretting about the case. When the good news came through, he consented to join in the social function. Normally he chose to exclude himself from such events and was now regretting his attendance. It was out of character for him to socialize at work. Having narrowly escaped bedding a new secretary, he remembered why he took that particular professional stance.

It wasn't that the girl hadn't been pretty. She was attractive with blonde hair cascading down her back, blue eyes, and a skirt that was far too inappropriately short for proper office attire. Under normal circumstances he would've kept the secretary at arm’s length, but under the influence of one too many glasses of champagne, and flattered by her attention, he'd encouraged rather than discouraged her. It was only when she'd followed him to his private office, flung her arms around his neck, drawing him in for a kiss that his resolve weakened and he'd responded warmly. When she surfaced for air she verbally raved over his position, power and income. James was literally sick in the stomach when she brazenly stated what a fine specimen of a man he was and how perfect they'd be together. He knew the secretary wasn't into him personally. She sounded far more interested in what lifestyle he could afford her if the two of them partnered up romantically.

James was thirty-two and had enough life experience to know that when most women heard he was a lawyer, their eyes would flash excitedly guessing his bank balance. In his particular field, James had an unblemished reputation and was considered a key man to have on board for arranging mergers and acquisitions. He was proud of the work he did and what he'd accomplished, but attracting a score of potential gold-diggers over the years had him dubious of excessive, over-the-top female attention. The secretary he'd managed to avoid by departing the office without a farewell only served to reinforce his caution with women.

The Betrayed by Jana Deleon
Under the Empyrean Sky by Chuck Wendig
The Golden Apples of the Sun by Ray Bradbury
The Traherns #1 by Radke, Nancy
Live Through This by Mindi Scott
The Angel of Nitshill Road by Anne Fine
Writing Active Setting Book 1: Characterization and Sensory Detail by Buckham, Mary
Broken Pieces by Carla Cassidy
Capital Punishment by Penner, Stephen
Alice in Virtuality by Turrell, Norman
Our partner