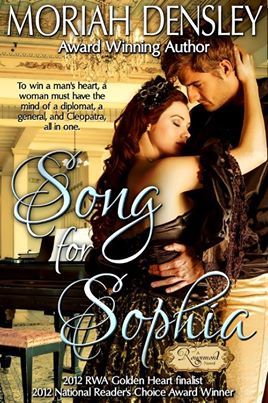 To Sir John the Charming, who never complained even once.

You totally deserve an NSX, baby.

For a ridiculous amount of ego stroking and hand holding, I am greatly indebted to family, friends, critique partners, and beta readers. These saintly people kept me goin’ when the goin’ got tough. I owe you all a trip to Greece.

You were the first to tell me you couldn’t put it down. You said it was publishable, so I kept writing.

This means you won’t have to eat your socks.

I still have you on speed dial. Oh, how I miss you.

Thank you for fixing my “fake” translations. I’m the luckiest girl in the world to have friends who speak German, French, Italian, Spanish, Greek, and Latin.

My undying gratitude for your generous encouragement, savvy, eagle eyes, and for making me look good. Arrgh.

Thanks for giving me a chance. I liked you before discovering you are a ninja; now I like you even more.

With so many generous, candid people willing to share their stories, I found no shortage of research on savant syndrome. Lord Devon, my autistic savant hero, is based on factual cases. Little was understood about the condition in the nineteenth century, and sadly, many were denied their rights and put away in asylums. My attempts to portray a savant character are in sympathy and admiration of those who struggle with the gift and burden of an extraordinarily brilliant mind. Any errors are my own. — Moriah Densley

In Which A Housemaid Manhandles Lord Devon

Anne-Sophronia jolted awake into darkness, a choked sob coming from her throat. She fought a battle with twisted ropes of sheets she finally realized were not restraining, cruel hands. A frantic brush over her arms, and she found them slicked only with sweat. No blood. No cuts and glass shards, only scars. She trailed her shaking fingers over the embossed lattice of fine lines on her wrists and the underside of her forearms. The motion stoked her anger as she emerged from her dreamlike state to wakefulness.

She thought of the locked traveling case under the bed, containing her stolen three thousand pounds, her mother’s estate jewelry, and a bundle of letters from her one remaining acquaintance. The letters all contained some variation of,
He is still searching for you, stay hidden,
and she read them in moments of weakness as a reminder that her plight could always be worse.

Yet what she wouldn’t give for the latest Wilkie Collins novel. Or chocolate-dipped strawberries, to eat while reading in a shady garden. All morning long, undisturbed. Followed by a jaunt on a fast, sleek Arabian quarter, then a dinner party with a controversial gathering of artists who laughed and argued over music and politics until dawn —

A stab of longing ached in her chest.
Oh, no, none of that!
She rolled out of bed and lit a candle, catching her own gaze reflected in the tarnished hand mirror. Uncomfortable, she looked away. She hardly recognized the woman with the haunted, frustrated cast to her eyes.

Sophia dropped the back of her dressing robe and her heart sank as it did every time she discovered it there in the reflection, the chaotic web of ropy scars across her back. Whip marks, still reddened by the slightest irritation, even the gentle rasp of clothing. The purple-grey lines and puckered, glossy texture of her skin had not improved despite months of healing. She chanted to herself as she had the past several weeks,
I am not vain, I am not vain, I am not
—

The choice between pacing the six steps it took to cross her servant’s attic quarters or lying on the lumpy child-sized mattress became untenable. Her window facing the east garden mocked her with the illusion of freedom. She blew out the candle, knowing what she would do next despite her better judgment. She draped a shawl over her shoulders and slipped barefooted into the service passageway.

Sophia made no sound as she padded across the grand entrance, perfect planes of cool mosaic marble beneath her feet. Great shadows and dull gleams highlighted the magnificent pillars, balustrades, and dormant chandeliers, but Sophia took romantic pleasure instead of fright at the cavernous monochromatic space.

Lord Devon’s ancestral pile rivaled Olympus: grand, consummately styled, and free from the remotest threat of decay. She saw to the latter personally, one of his forty-member staff motivated by the threat of his legendary wrath. He detested having the order of his house disturbed. Rumor had it Lord Devon was as brilliant as he was mad, an idea she found fascinating.

She twirled around the pillars, imagining hundreds of blazing lamps and the glitter of jewelry and polished brass buttons. In the silence she conjured the sound of a Viennese waltz competing with the buzz of a hundred voices gossiping and laughing. Ages since she had danced at a ball. Her unbound hair fanned as she spun on the balls of her feet. This occasional midnight rebellion cured the angst of day pent up from skulking in dank servant’s corridors, averting her eyes and mumbling obedient niceties.

As she passed the gallery, she gave his framed lordship a jaunty salute and waltzed out the west entrance, which was strangely left unlocked. Midnight had long passed. Guessing by the chill air and the lull in the breeze, it was a few hours yet until dawn. Fritz and Dagmar, two in a pack of guard dogs and her only friends, came charging from the courtyard garden to greet her. She scratched their enormous waist-level heads and cooed praise in the German phrases they understood as she wandered into the garden, following a hedge-lined path.

She stubbed her toe on a large mass; it moved, and she stumbled. Her hands grasped futilely for support as she fell and landed on a
person
. Sophia shouted in surprise and reached out to right her balance. To her horror, she discovered the tips of her fingers wedged against a rock-hard thigh and her palm gripping what could only be a whole lot of —
Oh my!

Furious cursing in a raspy tenor voice accompanied the sensation of being gripped by the waist and dumped on her backside. Sophia twisted and scrambled to pull her nightgown over her legs, then tried to crawl away without crashing into a hedge. She wasn’t even sure which direction to flee; her eyes saw only shadows.

“Bloody hell, woman! What the deuce are you about?” The man coughed. “Who the hell are you?”

His aristocratic accent, along with her noticing that the blasted dogs were
wagging their tails
, made Sophia comprehend she had likely just committed the worst blunder of her life. She stifled a gasp and patted along the ground to find the path. Hedges to the right, so she crawled left. A swift yank on her ankle, and she dropped to the grass with an undignified
oof
.

“Answer me, wench, or I’ll have you jailed for trespassing.” His steel-edged voice made her feel cold. “Who are you?”

“Trouble,” she grated, scrambling out of the way while her blasted nightgown wound around her knees.

The imperious language and unmistakable burning spice scent of Dudognon cognac could only belong to the reputedly cantankerous Lord Devon. Her heart ratcheted in fear — what would he do to her? She found the path to her left and dashed for it, leaving her shawl behind. She had barely made three strides when she was tackled from behind and got a mouthful of grass again.

A heavy arm pinned her to the ground, and instinct blanketed her with horror. She shrieked in terror and clawed mindlessly, reduced to the primal desperation of escape. She couldn’t discern what was real or imagined, fought the hysteria —

The horrid feeling fled. She had been freed. The quiet sobbing was her own, and her entire body trembled. Without protest she allowed gentle arms to gather her in an embrace. She clutched the open halves of a linen shirt and tucked her face against a hard, grainy throat. It was oddly calming, as was the leathery-spice scent. Lord Devon.

“Let me go,” she breathed, not sounding as indignant as she should, and scrambled out of his lap, bolting down the path towards the house. She heard him curse as she ran with swiftness borrowed from Hermes himself. She stumbled, then recognized the pursuers were four-legged. Fritz and Dagmar danced circles around her, pleased with the game of chase. She shoved their wet noses out of the way and ran through the dark house, up three flights of stairs, shutting the door to her room behind her. She fumbled with the bolt twice before she managed to slide it in place, then slumped against the door. He wouldn’t find her out. Could he?

What on earth was Lord Devon doing, lying in the garden in the dead of night?

Sophia felt too tightly wound to sleep, and she didn’t dare risk lighting a candle to read. She waited for dawn, pacing the six steps it took to cross her cramped room. She dropped onto the bed but fidgeted, berating herself for her stupidity.

When she first arrived at Rougemont under the guise of “Rosalie Cooper,” housemaid extraordinaire, Mrs. Abbott, the housekeeper, had taken one look at her and vehemently warned her away from the bachelor earl. “He doesn’t dally with the help, so don’t you go gettin’ any ideas,” Mrs. Abbot had scolded.

It might have been unwise, but Sophia had laughed in response. Even if she had not already passed the portrait in the gallery of his distinguished lordship in all his mature,
hairy
and stern glory, she would not have “dallied” with her employer. Sophia had told her, “I am as aloof as the most pious nun, in regard to
all
men.”

Mrs. Abbott had looked at her like she was an impertinent schoolgirl, then unceremoniously dropped a stack of soiled linen into her lap. Her first lesson in submissive behavior. Subsequent ones had not come any easier.