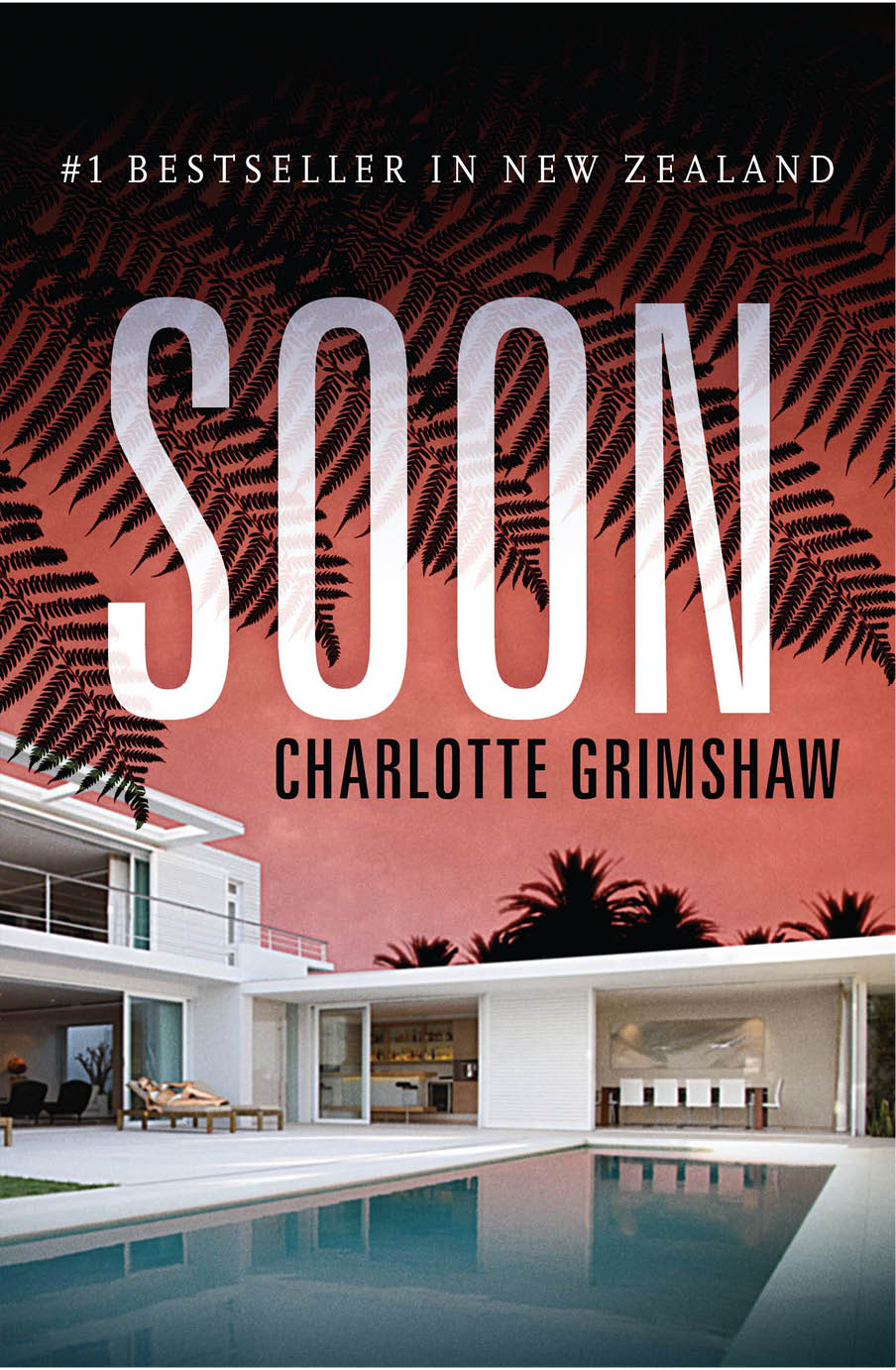 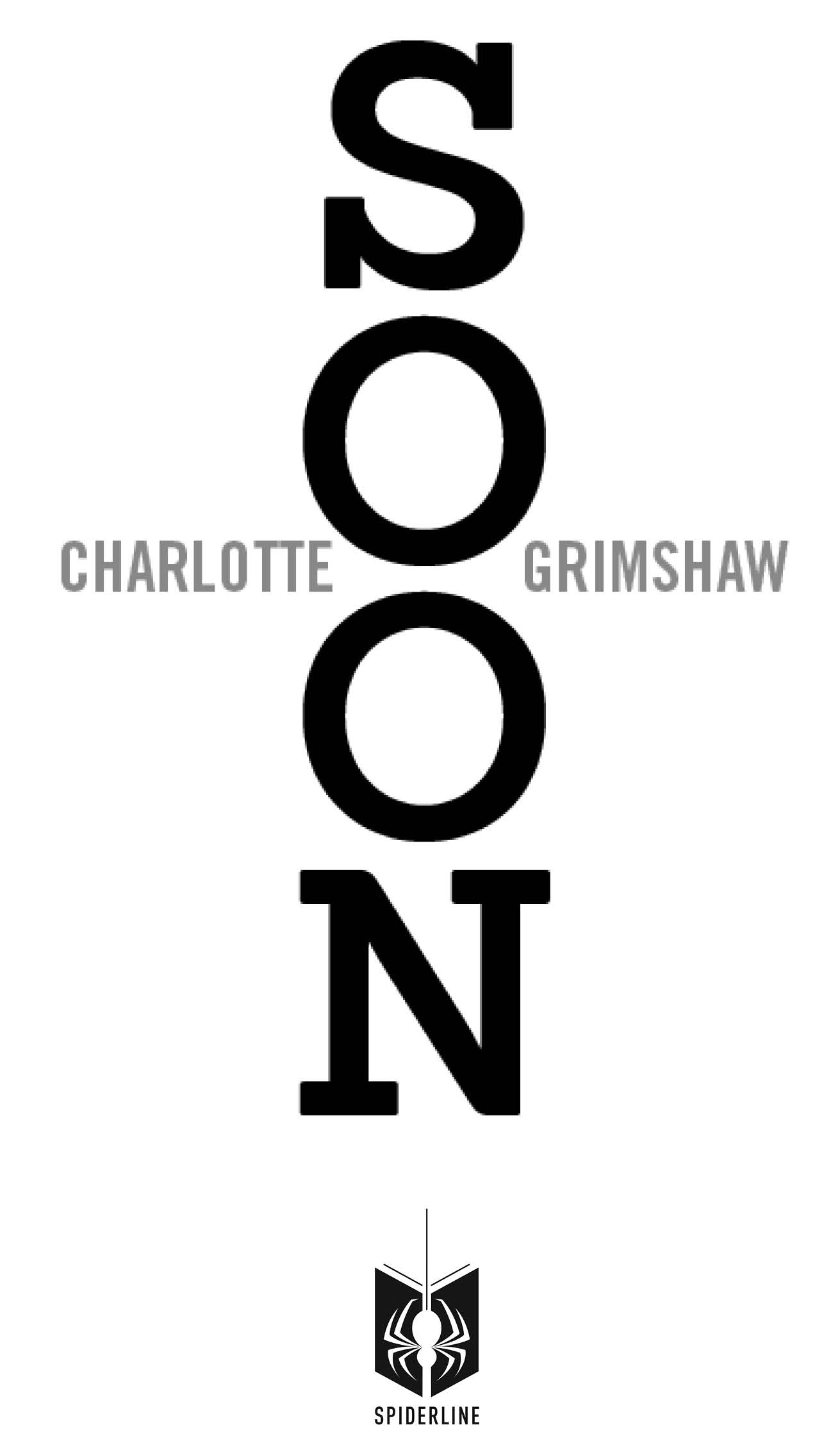 All rights reserved. No part of this publication may be reproduced or transmitted in any form or by any means, electronic or mechanical, including photocopying, recording, or any information storage and retrieval system, without permission in writing from the publisher.

We acknowledge for their financial support of our publishing program the Canada Council for the Arts, the Ontario Arts Council, and the Government of Canada through the Canada Book Fund.

â For my children â
This novel especially for Leo

The mother and son were upstairs, preparing. He was to go to afternoon kindergarten and she was to spend two and a half hours at home, working. They had passed a leisurely morning together, and now both were looking forward to the moment when he would sidestep her kiss and dodge off into the kindergarten yard that was reminiscent of a sympathetic habitat at the zoo, with its coloured climbing frames, its ropes and swings, its tender attendants.

She would look back twice to make sure he was playing, not rushing after her to stand with whitened fingers gripping the wire. He had done this when he'd first started, before he had understood that she would come back.

âWhen are we going? When?' he said. He was standing at the basin.

âSoon. Wash your hands. They're black.'

âWe're going to have to cut your nails.'

He looked up at her: wide-spaced grey eyes, freckles on his nose. Now his eyes narrowed, calculating.

âI don't
still
have to pay you?'

âFive? For nails? It's daylight robbery.'

They went into the bedroom and he sat on the edge of the bed, hunching his shoulders and squeezing his eyes shut, so tight his whole body quivered. He'd always been this way; the cutting of his nails horrified him.

She fetched the tiny scissors and picked up his balled fist. He made himself small, moaning as she gently straightened out his fingers and clipped off a tiny black strip.

âWhat melodrama. You'd think I was sawing your hand off.'

He snatched his hand away.

He extended his fingers. There was a silence as she worked. He winced, frowned. A tiny bead of sweat rolled down his temple.

âThere. Done.' She took out her purse and solemnly paid him. He inspected the note, folded it and took it to his bedroom. Johnnie Hallwright was very interested in money. For his next birthday, he had requested a safe.

They waited for the car to be brought around. He fidgeted. âWhen are we going? When?'

Roza yawned, looking out at the rooftops that sloped away across the suburb. Far away, the sea was a metallic blue strip. She said in an idle, distant voice, âSoon is a fierce dwarf who lives under the house.'

He raised his eyes.

It was a year since Roza had made the throwaway remark.
Soon is a fierce dwarf who lives under the house.
Johnnie Hallwright was now four. Roza was thirty-five. And Soon had been living with them ever since.

For three days a tropical cyclone had kept people away from the beach. The wind sent waves sluicing so far up the shore that Simon Lampton, walking on the dunes in the dawn, turned and looked into the belly of an obese green wave, the water spreading out and swamping him, rising to his knees, his thighs, pushing him up the sand. He knelt down, and the warm sea rose to his shoulders. His shorts and T-shirt ballooned around him. Cool spikes of rain fell on his face. He let his head sink back into the water, and listened to the roar and shush of the agitated sea.

He plodded over the dunes, the marram grass whipping against his bare legs. The squalls crossed the dunes, combing the marram into silver waves. The sky was grey, smeared with black. It wasn't fully light.

In the last week he had begun to wake early, at five or six, and had crept from the bedroom, leaving Karen to sleep. Sometimes he would greet a policeman as he passed the pool in the grey light, on his way to the path that led to the beach. He liked to walk all the way to the rocks at the northern end and watch the sun appear, a bronze haze amid all that churning black, later a white coin, riding behind the storm.

Ahead of him was the compound, which occupied a sizable stretch of beachfront. Years before, Simon had come on a trip to this place with friends; the bus had dropped them at the side of the road and they'd looked across the dunes to the extraordinary beauty of the empty beach, with its pohutukawa and bright white sand. The road was narrow then and pitted with holes, and the land on the edge of the dunes dotted with small fibrolite baches. Old people lived there, and alternative lifestylers. There was one shop, a converted garage with a corrugated iron roof. One shop and one bus stop, its sign swinging in the wind.

It was all changed. The road had been widened and upgraded, and a new marina built on the estuary. The beach had become fashionable, then seriously upmarket. There were a few hold-outs, elderly people stubbornly hanging on to a shack on a plot surrounded by mansions, but most of the old baches were gone. Now, monstrosities of glass and steel lined the shore. There were driveways, swimming pools, landscaped gardens and lawns. Only the beach was untouched by the development. It was the same long stretch of white sand coast, with a tidal estuary at one end and a steep, bush-clad hill at the other. Nothing had been built on it; it was clean and wild, still beautiful.

Where Simon stood at the southern end the land had been converted to a single large section. Inside the compound the main house faced the sea, its glassed-in living areas opening onto wooden decks, manicured lawns and flower beds, its grand verandas buttressed with white columns. There was even a flagpole, rising out of a rockery and cactus garden. The walled grounds were bordered on one side by the road; on the sea side they stretched to the dunes. A path ran from the security gate through grassy banks and dunes to the beach. The three-storey house, which was painted white, was affectionately known hereabouts, in the exclusive beach community of Rotokauri, as the Wedding Cake.

Grouped around the main house, also within the surrounding walls, was a series of smaller dwellings: the guesthouse, apartments for staff, garages and outbuildings. One sizable bunker stored equipment for adventurous guests: jet skis, surfboards, kayaks. There were even two Laser yachts. On the first day of their holiday a young man in a polo shirt had led Simon and Karen to this hoard. They were to use anything they liked. If they wanted they could even attach themselves to a parachute and have the staff tow them at great height behind a boat.

Simon couldn't see the point. Nor could he imagine himself on anything so loud, so frankly moronic as a jet ski. He preferred to lie on the sand with a book. In some moods their host, David, liked to mount his jet ski and drive straight out to sea. As he roared away, the high, thin plume of water spraying out behind him seemed somehow comically insolent. It was a sight that caused his security men to gather anxiously near the boat, ready to go out after him.

Karen had waded out and messed around on a sailboard for a couple of mornings before settling on daily tennis lessons with David's wife Roza and her friends: four burnished ladies and their coach, the muscular Garth.

The security gate opened. Watched by cameras, Simon passed through and walked slowly up the path. It was still so early he thought he might continue his walk, along the coast road, turning inland, past the Kauri Lake and into the valley. He had jogged out that way on a recent hot, blue afternoon, before the arrival of the storm. In the valley the sound of the sea receded and the wind died away and the lake was a shallow expanse of silver fringed by waving raupo stalks. That day he'd jogged past a house that lay in a fat ray of sun angling down from the top of the valley. The grass was so green it looked unnatural. A gaunt white pony, all angles, ambled towards the house, a window opened, and a hand reached out with an offering. The pony stretched out its neck and nibbled with its square teeth, and Simon had stopped on the road, watching. The white pony, the green grass. Silence in the valley. It had all seemed slightly unreal. It was a beautiful place and he wanted to go back there.

Now, at the roadside gate, the guard was waiting out the last of his shift. The chime at the pool house sounded its melancholy tinkle as Simon walked towards the guesthouse (known as the Little House) where he was staying with Karen and their two younger children, Elke and Marcus.

Others came and went from the compound during this summer break: friends, grown-up children of friends, a steady procession of David's staff. There was tight security â cameras, a watch house at the front gate, a team of patrolling guards. David Hallwright was very rich. He was also the Prime Minister.

Simon was not the only one up. David was pacing behind the glass at the back of the main house. He beckoned.

Simon came slowly up the wooden steps and stood in the doorway. âI've been swimming, sort of. There was a huge wave.'

His phone to his ear, David said, âI wouldn't recommend that, no.'

He reached out and touched Simon's T-shirt. Bunching the wet material in his fist, he pulled him over the threshold.

Simon, feeling an odd pleasure at being touched, stifled a grin. David put a hand on his shoulder and pushed him across the room to a wood-panelled bathroom (blonde pine, Nordic scents, gigantic jacuzzi).

Simon took a towel and caught sight of his expression in the mirror; he looked dreamy, foolish. He dried his hair, rubbed his cheeks until they stung, and stepped out.

David had put away the phone. He was leaning his forehead against the glass. Beyond, the sea endlessly rearranged itself. Zigzag currents crossed the waves; sudden drifts of foam broke from the grey crests and rose into the air.

He crossed the room. A gust of wind rippled its way across the grass and smacked against the window. Silence. The white sky. Seagulls out there, riding and riding against the air.

David smiled. He drew in a long breath. âOld Graeme.' For a moment he seemed stricken. Then he gave such a look of complicity that Simon went still.

âIt's good you're here,' David said. âBefore the others come.'

Stepbrother Blood Lover by Lana Fox
The Suitcase Kid by Jacqueline Wilson
Accustomed to the Dark by Walter Satterthwait
Wife With Amnesia by Metsy Hingle
The Kin by Peter Dickinson
All of Me (The Bridesmaids Club Book 1) by Leeanna Morgan
Love Prevails: A Zombie Nightmare by Dane Hatchell
The Promise of Home (Love Inspired) by Springer, Kathryn
Love Among the Llamas by Reed, Annie
Cougars by Earl Sewell
Our partner