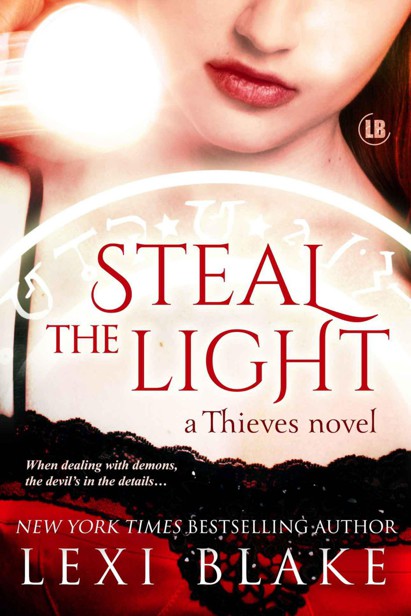 Thank you for not sharing your copy of this book. This purchase allows you one legal copy for your own personal reading enjoyment on your personal computer or device. You do not have the right to resell, distribute, print, or transfer this book, in whole or in part, to anyone, in any format, via methods either currently known or yet to be invented, or upload to a file sharing peer to peer program. It may not be re-sold or given away to other people. Such action is illegal and in violation of the U.S. Copyright Law. If you would like to share this book with another person, please purchase an additional copy for each recipient. If you no longer want this book, you may not give your copy to someone else. Delete it from your computer. Thank you for respecting the hard work of this author.

Excerpt from
A Love Worth Biting For
by Roxy Mews

In 2007 my husband completed his MBA. He was working and going to school at the same time, so I spent two and a half years keeping everything at home running. At the end, he hugged me and told me I could have anything I wanted. I think he expected me to ask for a trip or to go back to school. What I asked for was a baby.

Flash forward to 2008. I was thirty-seven years old and healthy and never once thought that I would have a problem. The pregnancy itself was perfect. The delivery was not. My two older babies had been delivered via C-section, so this one was scheduled. I won’t bore you with medical details, but it went poorly. I was on the table for hours and nearly bled out. I remember listening to the doctor as he valiantly worked to save me. Once my daughter was delivered, the race was on to stitch me up. My husband witnessed this. He was forced to leave the room and to wait to discover my fate.

We had two very different reactions to this moment in time. I call it “a moment” because it has defined every breath I have taken since. I came off that table a different human being than the one who had walked the earth for thirty-seven years before. For the first time I truly felt alive. I knew there was no time to waste. There is only the now. I discovered that love and hope live in the now. My husband had a different reaction. He drifted away from me, terrified not at the thought of death in general, but that he’d nearly witnessed mine. He went to a place where I couldn’t touch him.

We are years past this now. My baby girl is a shining light of life. She’s as crazy and wild as the character I named after her. My husband and I just celebrated our twenty-year anniversary.

These books are for my husband and my daughter. My husband who gave me a safe place to become myself. My daughter, whose birth spurred me to figure out just who I am.

And these books are for you readers who choose to join me on this journey. You are more than welcome to come with me.

Thanks to Chloe Vale. This has been a five year journey and I wouldn’t want to go through it with anyone else. Thanks to the original readers of this series, especially Britta Graham, Mindy Romero, and Jennifer Kubenka. It’s finally here! Thanks to my brilliant betas and editors, Riane Holt, Stormy Pate, and Kasi Alexander. As always thanks to my street team- the Doms and Dolls.

And to Merrilee Heifetz at Writers House, thank you for believing in me. I’m so glad we’re on this journey together.

I have a deep and never-ending gratitude to Liz Berry, who has been a champion of this series from the beginning. I love you, my friend.

Grief is a selfish beast.

I stood in the lobby of the Denton County morgue, my father’s hand resting on my back. It didn’t bring me comfort, and I didn’t want it to. I didn’t want to receive comfort, and I sure as hell didn’t mean to give any. His eyes filled with tears. My father never cried, but it didn’t move me because Dad might have loved Daniel, but Daniel had been my whole world.

My stomach turned at the thought. I said it in my head. Not Daniel my world. Daniel was my world. Had been. Wasn’t now. Wouldn’t be again. Had I really accepted Daniel’s death without even seeing his body?

I brought my head up. A bland-looking man in scrubs stood in the doorway, a clipboard in his hand. That clipboard held all the little notations and numbers that made up the end of Daniel’s life. Height, weight, core body temperature. Time of death.

I should have known his time of death. Shouldn’t I? I should have felt the moment his soul departed the Earth. He’d been my first lover, the first friend I could really remember having. He’d been my partner in crime, and we’d made our escape together. If he’d died, shouldn’t the ground under my feet have moved?

“Zoey Wharton?” He looked straight at me the second time, his eyebrows rising expectantly. There wasn’t anyone else around but me and my father, but this bureaucrat obviously required acknowledgement.

“I’m Zoey.” Daniel’s Zoey. That was who I was. I was Daniel’s friend and then his girl and then his fiancée. I was still wearing the craptastic, barely-there diamond he’d put on my finger not three months before. We’d spent a whole six hundred dollars on that ring. Everything we had.

God, don’t let this be happening. Wake up. Wake the fuck up, Zoey.
I tried so hard to convince myself this wasn’t reality.

“I’m sorry, but we need an ID. We couldn’t find his wallet.” The man in the scrubs pointed toward a door. It was an ordinary door, stainless steel, swinging both directions. But I knew the truth. Those doors might open both ways, but they only took a person to one place. There was only one destination through those doors, and once I went through them, I would never come back. I would never be the Zoey Wharton I had been before.

And still my feet moved. I shuffled toward it.

“Darlin’, please.” My father looked down at me. He’d aged ten years in the hour we’d been there. The lines around his face were already deeper, as though grief had tunneled into his body in record time. “You don’t have to do this.”

I pulled away. I knew I could take a seat in the waiting room and my father would do this for me. He’d been the one to identify Daniel’s father’s body all those long years ago in a city far away while Daniel and I sat together, our feet not quite touching the ground. I remembered how blank his face had been and how he’d reached for my hand.

“I have to see him.” My mouth felt numb, like someone had shot me up with Novocain and now I had to try to speak. I needed to see him or it wouldn’t be real.

“Daniel wouldn’t want this.” My father’s Irish accent was so much worse when he was emotional. Sometimes I could barely understand him, but this time I could.

“What Daniel wants doesn’t matter now.” I walked into the room, unable to stand there a second longer.

It’s a little like ripping off a bandage, I think. After many years of considering it, I think we all fall into one of two categories. We either pull it off, slowly, trying to process each moment, terrified of the agony but drawing it out in the process. Or we rip it off because we can no longer stand the idea of the pain and think the sooner we get through it, the better.

But in the end, the pain is all the same. Aching. Never-ending.

“Are you ready?” The coroner—or his lackey, or whoever held the sheet at two in the morning around there—asked. His gloved hands clasped the edge of the sheet. There was no question what was under that rectangle of off-white cotton. A body was there.

I wasn’t ready. I would never be ready. I would be stuck in this place for the rest of my life. I could stand there and be content because until he pulled the sheet back, Daniel could still be alive.

He didn’t wait for me to be ready. A good thing, really, because we both might have grown old there. He pulled the sheet back revealing a body that looked nothing like my Daniel.

Oh, it was him. I knew that right away. Daniel lay there, unmoving. He wouldn’t smile at me again, his face crinkling and his dimples making me sigh. His blue eyes wouldn’t widen in laughter or roll when I did something stupid. He wouldn’t do anything again.

Bachelor's Wife by Jessica Steele
Whisper Their Love by Valerie Taylor
Emily's Dream by Holly Webb
The Christmas Stalking by Lillian Duncan
Heart of a Rocky by Kelsey Jordan
Full Contact by Tara Taylor Quinn
Ain't no hitta like the one I got: part one by Chocolatebosschick
The Devil's Thief by Samantha Kane
Waiting for the Violins by Justine Saracen
Closet Case (Robert Rodi Essentials) by Rodi, Robert
Our partner