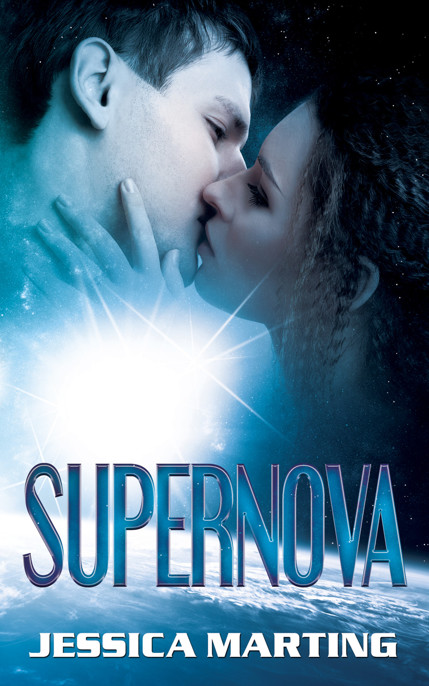 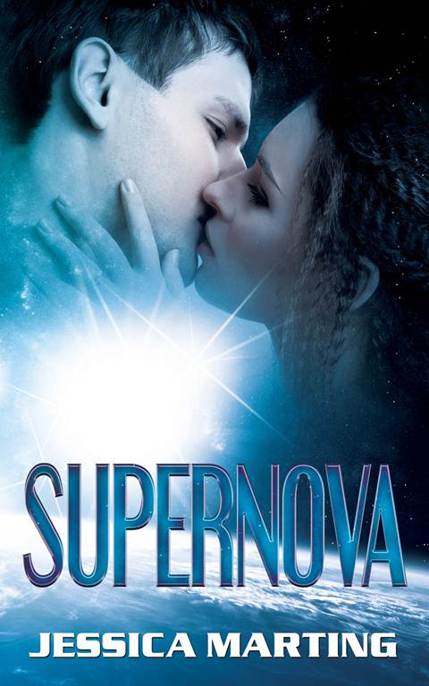 All
rights reserved. No part of this publication may be reproduced or transmitted
in any form or by any means, except for brief quotations in reviews, without
the prior written consent of the author.

This
book is a work of fiction. Names, characters, places, and incidents are
products of the author’s imagination. Any resemblance to actual events, locales,
or persons, living or dead, is entirely coincidental

For Dad—I may be writing romance, but at least it’s balanced with
aliens and violence!

I still miss you.

My
thanks go out to the following people for their support during this project:
David, Angela, and Bishop for beta reading (Bishop also let me borrow his
name), and Katrina Robinson for proofreading.

Lily
Stewart stared at the last zombie, shambling towards her little fortress. It
mindlessly chewed on an arm pilfered from an innocent victim, red and black
gore dribbling down its face. She looked over her weapons cache, willing a measly
hand grenade to materialize. It didn’t.

The
zombie lost its grip on the arm and tossed it aside jerkily. It sped up. Damn
it—they were now capable of
running
? She hadn’t banked on that
happening.

She let
out a low curse. The zombie lurched forward with a guttural moan and stepped
into her fortress. GAME OVER flashed across Lily’s computer screen. THE ZOMBIES
ATE YOUR BRAAAINS!!!

Lily
sighed and closed the game, then brought up a spreadsheet detailing Lazarus
Cryonics’ appointments. There weren’t a lot, at least as far as this
receptionist could tell. Lazarus didn’t seem to do too much business; there
wasn’t a big market for it in southern Ontario.

But
then, what did she know? Part of the reason Lily had taken the job in the first
place was its welcome respite from the thick August heat, air-conditioning
being a luxury her stingy landlord refused to install. The total lack of
monitoring on her computer activities was an added bonus, although
Undead
Uprising
was kicking her ass. After this latest defeat she almost wished
one of her employers would intervene and cut her off.

Her
employers.
Ugh.
She shuddered faintly in revulsion and was grateful they rarely ventured into
reception.

The
locked door off the foyer opened, as though one of them on the other side had
heard her thoughts and felt like creeping her out. Dr. Zadbac was one of the
two doctors who owned Lazarus Cryonics. He padded into reception, his footsteps
muffled by the plush carpeting beneath him. “
Minsa
Stewart,” he said by
way of greeting. Never a hello from this one. His accent was unrecognizable to
Lily, as were the foreign words that peppered his speech. Lily had stopped
trying to get him and the lab’s other doctor, Pitro, to call her by her first
name or at least Miss Stewart by her second day.

“Hi,
Doctor,” Lily returned. She glanced at the time display on her
computer—one-fifteen. “Going out to lunch?”

“No, I
do not require nutrition at this time, nor do I care for the offerings around
here,” he replied. “I believe we have an appointment at fourteen hundred hours.
Who is it today?”

Lily
checked the spreadsheet. “Andrew Claybourne,” she read. “He’s here for a
consultation. He’s only interested in having his head in the deep freeze.”

Dr.
Zadbac’s mouth thinned slightly. “Such a crude term,” he said. Then, “I’m
hoping to change his mind. Who wants to be reanimated without a body?” He
smiled wanly.

Who
wanted to be reanimated at all?
She glanced at the framed photo sitting on her desk next to her pencil cup.
Lily and her father beamed at the camera, a shot taken at his Christmas tree
farm a few weeks before his fatal heart attack. It had been a year this past
July. Cryonics and privately-run labs had begun gaining momentum six months
before he passed, but he had been unsure about the whole thing. Lily had had
him cremated and his ashes spread in Lake Ontario.

She
realized Zadbac was waiting for a reply. “Well, it’s part of my benefits
package,” she managed.

His
smile grew wider and almost feral. Dr. Pitro had the same one. The pair had a
brotherly resemblance, each unusually tall and rail-thin, their bald heads
almost too large for their bodies and bulgy eyes too large for their heads.
Zadbac’s were nearly black, the irises almost indistinguishable, and Pitro’s an
unnatural shade of green. Lily suspected he wore contacts.

“Maybe
the clients are expecting better synthetic bodies in the future,” Lily added. “Technology
will probably be advanced enough so their heads can be attached to a supermodel’s
body. That’s something I’d think about.”

“Or not,”
Zadbac replied. “Why take the chance? Preserve the entire body.” He raised a
thick eyebrow at her, as if he was implying something.

If Lily
were stupid, she might ponder the notion that her employers were vampires. Of
course, vampires would burst into flames at this time of day if they existed,
and Lily would have a bigger mess on her hands than an apartment that smelled
like feet in the humidity.

“
Minsa
Stewart, you have not given us a reply about the preservation offer in your
benefits. Are you interested?”

Lily’s
scientific education had stopped after her second try at Chemistry 203 in high
school, but even she didn’t think that a body that had been dunked in the deep
freeze seconds after passing could be woken up. “To be honest, Doctor, I was
looking at the dental plan,” she lied. “I think I have a cavity.”

Zadbac
laughed, the first time Lily had heard him do so. She also finally noticed how
pointy and sharp his teeth were, as though they had been shoved haphazardly
into his gums. He was the one who should be worried about visiting a dentist.

You’re
sure you don’t believe in vampires?
a small voice whispered in her head.

“You
have no idea what the future holds,” he announced.

And
you do?
“Well,
no one does,” Lily pointed out.

“Our
clients are willing to take a chance,” Zadbac continued.

No,
Lily thought.
Your clients
have too much money and too much guilt on their conscience to take a chance
with an afterlife.
Aloud, she replied, “I guess so.”

Zadbac
stared at her for a moment, his black eyes boring into her green ones. Lily
broke the contact first and pretended to look back her computer screen.

“Two o’clock,”
she confirmed. She deliberately avoided his gaze. “Andrew Claybourne. I’ve
heard of him. I think he owns all the Tiger Media stores.” She didn’t mention
the very public personal troubles the man had been in.

“Take a
meal break,
Minsa
Stewart,” Zadbac suggested. “Maybe you’ll find
something to your liking out there.”

Lily was
never so glad to get out of Lazarus Cryonics.

The facility
was one of three tenants in a mostly deserted office park. There was a single
bus route servicing the road that led to the area’s underused Wilson West
subway station, making Lily glad she had a car. Civilization started again
about a block away from the office park, and a hot food cart and Starbucks
waited for her there. She plugged in her phone’s ear buds and tuned it to the
satellite radio station she still had a free subscription to for another two
months, the same channel she had been listening to her in her car on the way to
work. Traffic was still bad on the Spadina Expressway, there had been a robbery
in the east end of the city, and the Canadian Space Agency and NASA were still
puzzled over the appearance of a silver dome in space a few months back. Was it
a top-secret weapon from one of their current enemy nations? Her father would
have had a field day with that little tidbit of news, but she tuned it out. A
pair of unidentified human remains, both male and middle-aged, had been pulled
from the Humber River, both found with syringes sticking out of their necks,
the substance in the chambers as mysterious as the victims’ names. Lily’s
stomach recoiled at that tidbit of news; it had been mentioned on TV that
morning. There was a protest on the highway she used to get to and from work,
and it was still going on. She was going to be stuck taking the scenic route
tonight.
Again
. Not for the first time she thought about packing up and
moving somewhere quieter, and thought wistfully of her childhood home in
Courtice.

She
bought some fries and an iced coffee, and snagged her favorite bench near the
cart, shaded by a lone maple tree. She turned off the radio and let herself
enjoy the outdoors. This evening definitely called for a few hours spent on the
beach, maybe with the classifieds section of the newspaper.

Two
weeks into her lab gig, and Lily was ready to throw in the towel; it was
getting creepier every day. She had signed on with an employment agency shortly
after her move to the city, and had been sent to the cryonics lab as soon as
the agency found out she could create formulas in spreadsheet programs. At
first she had been pleased to land a job that used a few of her skills, but now
she didn’t care. There was a tanning salon near her apartment in Dufferin Grove
that had a “Help Wanted” sign in its front window that could be worth looking
into. A mandatory spray tan would be easier to handle than Zadbac and Pitro.

She
finished her fries and checked her e-mail on her phone, an outrageously overpriced
gadget she had picked up a few weeks before, and opened the e-books folder. She
wistfully pulled up one of her father’s books to browse through before heading
back to the office. Daniel Stewart had been a moderately-successful science
fiction and horror author in addition to running the tree farm, with six titles
to his name. She had downloaded his books to her phone when she bought it and
would flip through the pages on the screen, reading random pieces of her father’s
words. They were infinite, and she always had them with her. Getting in a few
pages of
The Meadow Killers
or
The Curse
on a daily basis was
turning into her own drug.

The Orphans' Promise by Pierre Grimbert
Girl in Landscape by Jonathan Lethem
Blood Winter by Diana Pharaoh Francis
To Catch a Thief by Sherryl Woods, Sherryl Woods
Gently in Trees by Alan Hunter
Elements (Tear of God Book 1) by Henri, Raymond
Doctor Whom or ET Shoots and Leaves: The Zero Tolerance Approach to Parodication by Adam Roberts
The Big Mitt (A Detective Harm Queen Novel Book 1) by Erik Rivenes
Dare to be Dirty (The Dirty Girls Book Club #2) by Savanna Fox
Mama Gets Hitched by Deborah Sharp
Our partner