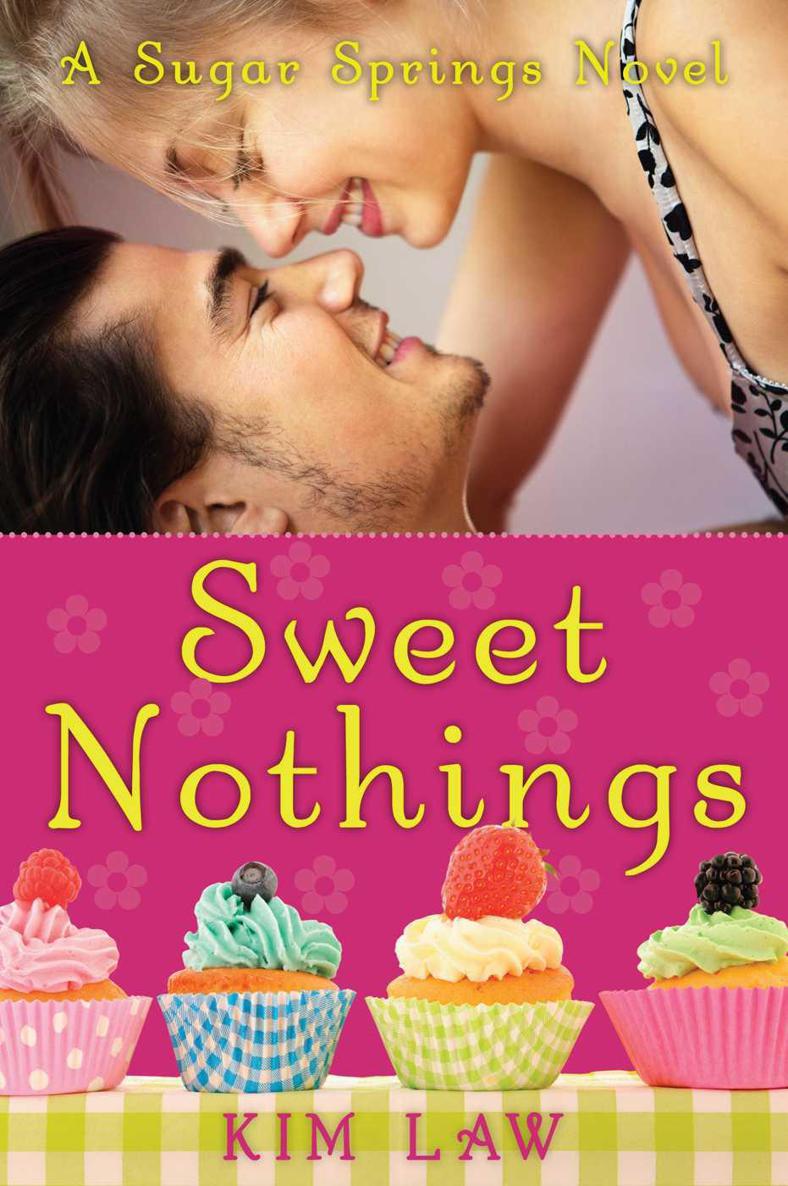 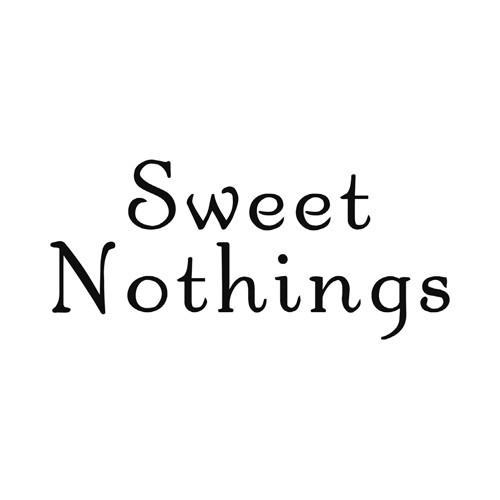 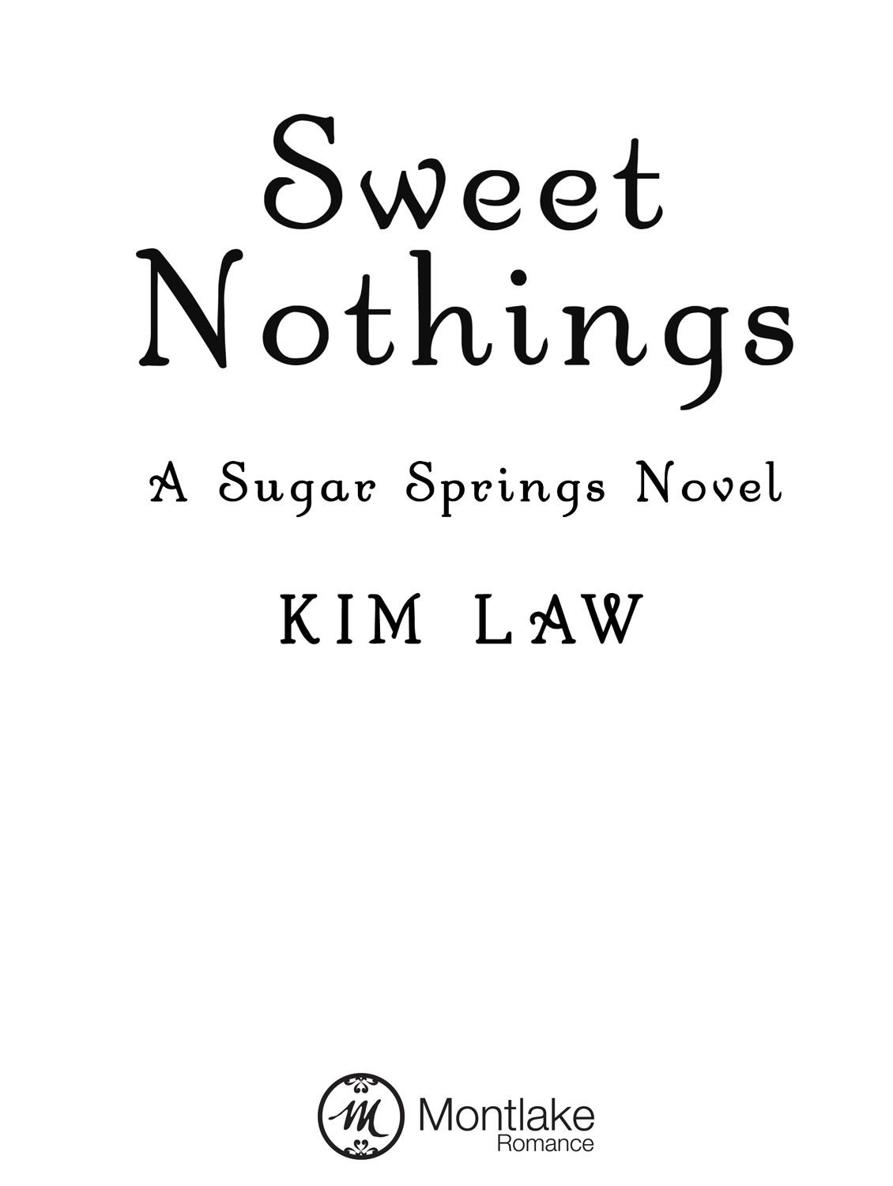 To everyone who has lost loved ones of the furry variety. We lost one of our dogs during the writing of this book, and it left a new scar in my heart. We miss you, Blackjack. 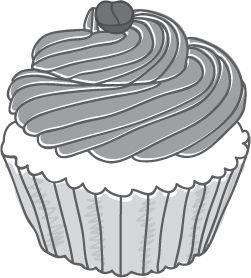 J
oanie Bigbee checked the display and the backup stock of the pink- and red-topped cakes one last time to make sure everything was ready to go. Then she stared out at Sugar Springs High School as if the force of her concentration alone would make the doors burst open and the kids flood out. It was Valentine’s Day, so what better way to kick off her new business, Cakes-a-GoGo, than by taking advantage of teenage hormones and the need to express their love? Or lust?

“A cupcake for your sweetheart” seemed like the perfect plan to her.

She’d have only fifteen minutes before the break was over and everyone returned to their last class of the day. After that, she’d be off, turning her converted Volkswagen van toward Main Street to catch locals and tourists in their small Tennessee town who might also be in need of a sweet dessert. She ran her hands down the sides of her skirt and sucked in a deep breath.

“What are you so nervous about?” Destinee asked. She was Joanie’s only employee so far. The girl worked afternoons as part of the high school’s school-to-work program. “You don’t get stressed.”

“It’s my first day. I have a right to be a little nervous.”

The girl rolled her eyes and let out a long, dramatic sigh. “It is not your first day. We’ve been open for two weeks now. If we weren’t, I wouldn’t be getting outta school early every day.”

“Ah, so you’re just using me?” Joanie teased as she peered out the open order window. She was ready to kick this party off.

Destinee was right—the actual business had been open for two weeks—but today was the inaugural trip for the cupcake van, thus making the full vision a reality. And yes, Joanie was nervous. It was rare, but for some reason Cakes-a-GoGo seemed to mean more to her than past ventures.

“I thought you were working for me because you’re interested in learning about running your own business,” Joanie added. “Not simply to get out of school early.”

Destinee produced a noncommittal shrug in a way only teenage girls were capable of doing. “Sure. And the fact that you need the help. You couldn’t handle everything yourself.”

The smile threatening at Joanie’s lips remained hidden. Destinee had come into the space she’d rented on the square about a month ago as word had gotten out that Joanie had sold her beauty salon and would soon be opening a cupcake store in the postage stamp–size tourist town.

The girl had done her best—both then and since—to hide her enthusiasm for being a part of seeing a business go from the ground up. Apparently it was
uncool
to be excited about working. But she’d failed in keeping her exuberance under wraps. Joanie had seen it, as well as recognized a bit of herself in the girl.

There were services and shops that needed to exist, and if no one else was going to make it happen, then she would do it. She’d started and sold more local businesses in her thirty-two years than most people ever thought about. All of them thriving under their current ownership today.

“The doors just opened,” Destinee squeaked, bouncing up on her toes. Heightened energy vibrated through them both.

With a wide smile and a straightening of her shoulders, Joanie reached to the back of the van and flipped the two switches that would turn on the lighted sign atop the vehicle as well as pump sixties dance music through the outer speakers. Cakes-a-GoGo was open for business.

Fifteen minutes later, Joanie flipped off the lights and music and slumped back against the counter as if her body had been beaten continuously since the school doors had opened. She was so happy not to be a teenager with all those hormones and emotions running rampant through her.

“That was exhausting,” she moaned. “I’ve no idea how you go in there every day around all that.”

“Girl,” Destinee began, “you ain’t that old. You hung in.” A gleam sparkled in the teen’s dark eyes as she began to wipe down the counter where more than one cake had ended up top down.

“I feel like we did nothing but throw cupcakes out the window for a solid fifteen minutes,” Joanie said. “Like we were being attacked and the cakes were our only weapons. Did we actually manage to collect money or was that purely a fight we just lost?”

Laughter rolled from the teen as she flipped open the cash box and waved her hand with a flourish over the mound of bills. “Poor Joanie. If you’re thinking of doing this every week, you’d better start eating a heartier breakfast. It won’t get any easier.”

“I believe that.” She picked up one of the few remaining cupcakes and peeled the paper down to take a bite. “Or lay off the sugar. Nothing like a sugar crash when you need the energy to handle a hundred kids.”

The two of them chuckled together and celebrated their mini success as they cleaned up the van, then they headed back to the shop to replenish their stock.

As she pulled into the space reserved for her, she noticed a shiny red,
enormous
four-door pickup parked in front of the real estate office a few storefronts down. She’d seen a similar truck in town a few weeks back, right around Christmas, and couldn’t help but wonder if this one was driven by the same man.

A man who’d set her engine on purr the instant she’d met him.

Not that she would do anything about it if it was him. He’d practically had “homebody” stamped across his forehead. She didn’t get involved with men looking to settle down. Period.

Before she could call around to find out who it was, her cell phone rang. Glancing at the display, she saw the number for the nursing home where her grandmother had been living the last three years.

She tossed Destinee her keys. “Go on in and grab the boxes in the back. I need to take this.”

Destinee headed off to refill the van while Joanie slid her finger along the screen to answer. It would be one of two things. Either her ailing grandmother had finally passed, or they were calling about the bill again.

“Hello.” Joanie tried to keep a smile on her face, knowing anyone peeking out the surrounding storefronts might be watching her. Any sign of a frown could easily blow up into a rumor that would take on a life of its own. It was part of the fun of living there, seeing what kind of gossip spread on any given day.

Asteria In Love with the Prince by Tanya Korval
Opulent (The Opalescent Collection Book 1) by Isabelle Gallo
Love Tap by M.N. Forgy
Between a Rock and a Hard Place by Jenna Galicki
Moffie by Andre Carl van der Merwe
The Marriage Prize by Virginia Henley
10 Rules Of Writing (2007) by Leonard, Elmore
The Fire Next Time by James Baldwin
The Delta Star by Joseph Wambaugh
Storm Maiden by Mary Gillgannon
Our partner