Read Sympathy for the Devil Online

Sympathy for the Devil 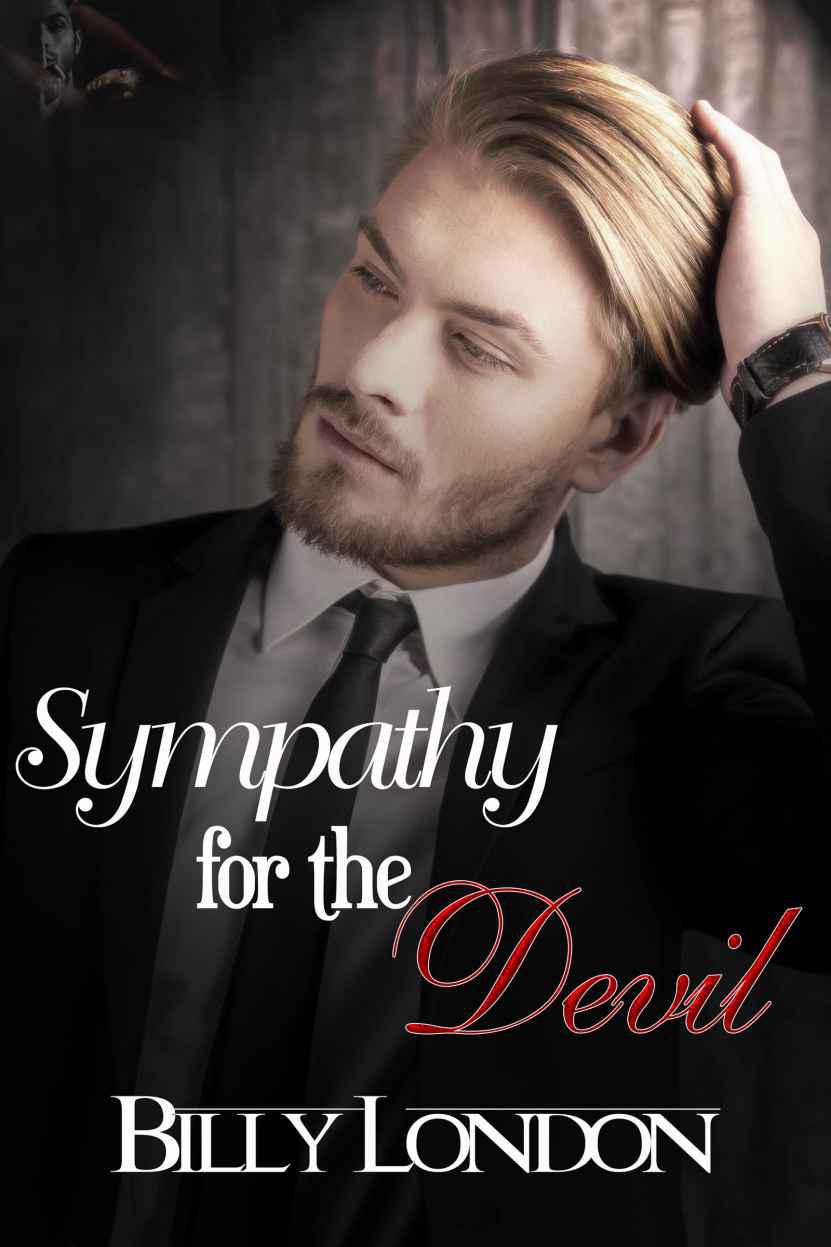 Sympathy for the Devil

Books are NOT transferable. Re-selling, sharing or giving eBooks is a copyright infringement.

This books contains slang from the UK. What you might perceive as typos are actual sayings particularly in South London. Please keep that in mind when you make comments about the book.

Toni
has met the perfect boy in...

West
who unfortunately happens to have a Devil of a best friend called...

Pierce
, dangerously cold and incredibly rude. He sees a world of lies in  Toni straight away. His snap decision to split her and West up brings him right into confrontation with...

Cari
, Toni's best friend and guardian. In between the war of words, Cari begins to see beyond Pierce's smart mouth and terrible reputation. Horribly, she starts to feel for him.

As much as Pierce is amused and entertained by his manipulations, he wonders if his energy would be better spent pursing Cari, a girl the complete opposite to his type who makes him remember what morals are.

The thing about the Devil is, he didn't start out evil...

Sympathy for the Devil
1

Oh, please come and talk to me
, I begged, glancing at him over the rim of my martini glass. I had a weakness for boys who looked like they played rugby, and he definitely looked like he wrestled with a bunch of blokes on a muddy pitch wearing shorts. He had dark, mussed hair with warm, near olive-toned skin. He had to be at least six-two, maybe even six-four. Boys that tall always made me tingle.
Come over!
I demanded.

He gave me a lopsided grin before he leaned over to talk to a lean, blond guy who looked like he’d emerged from a Nordic winter. Finally, my rugby love edged over to me. I put my glass down on the bar, pressed my lips together to gather the remnants of my lip-gloss, and beamed at him.

“No, my mate is over there.” I waved vaguely in the direction of my roommate Amy, where she was grinding her body to Wiley’s
Rolex Sweep
like her crotch would fall off if she stopped.

“Have you just started here?”

“What?” I could barely hear him.

“Come over to our area,” he offered. “We’re not right next to the speakers.”

He took my arm and tugged me to where the blond guy sat. He had a cigarette in his mouth and about four girls hovering around him. My dark-haired beauty was lush, but blondie was insanely beautiful. A bouncer came over and said, “Sir, there’s a smoking ban.”

“You need to put that out.”

“I’d rather not,” he replied brusquely. He gave the bouncer a dirty look. “Fuck off, yah? You’re ruining my mood.”

“What the fuck are you going to do about it?” he demanded. The bouncer looked like he wanted to fling blondie through the nearest window, but I had a feeling the bouncer knew which side his bread was buttered on. He edged away, his face full of resentment.

“Dick,” blondie said dismissively before noticing me. “Found the balls, did you?”

I glanced up at my beau, who was blushing a little. “Shut up, Pierce.”

“Do you own this place?” one of the simpering girls asked Pierce.

“No,” came the terse response. “No one should tell me what the fuck I can and can’t do.”

“Yeah.” The future father of my children chuckled. “Always. Sorry, my name’s West.”

“Like the town Weston Supermare. Before the Beckhams started it, my parents got frisky at the seaside.”

I burst out laughing. “Shouldn’t they have called you Grit in the Pants?”

“Maybe, but that would have been cruel.” His dark eyes swam into mine. “What’s your name?”

No one in my life had ever guessed. “My dad is a football fanatic.”

“I hope you’ve followed in his footsteps.”

I apologetically held up my left wrist for him to see the Manchester United crest etched into my skin. I had been dumped by guys because of that tattoo. West looked at the tattoo, then my face, then back to the tattoo. He went down on one knee. “You need to marry me.”

I pretended to think, my heart hammering in my chest. He swiftly got to his feet and hauled me into his arms. Trying not to squeal I said, “Depends if you have your own season tickets. I’m not willing to split mine in the divorce.”

“What if I give you something in exchange?” he offered, letting me slide down the length of his body before setting me back down on the floor. Oh, hell, that felt like an orgasm on rock-hard abs. He tucked his hands into his jeans pockets. The action emphasised the ripple of muscles in his arms.

“I don’t think you’ve got anything worth those tickets,” I replied, trying to keep the tremor out of my voice.

“Can I persuade you otherwise?” he murmured into my ear, slowly stroking his hands along my corseted ribs.

“’Fraid not. I don’t want to be disowned.” I’d been single for a while, but West made me reconsider the wisdom of being on my own. He curved a bulky arm around my waist and edged me to the bar.

“Let me buy you a drink. See what I can negotiate.”

His arm around me felt all at once familiar and brand new. Within moments we each had a bottle of Spanish beer, grinning around wedges of lime and talking over one another. West told me he’d chosen to study political science and didn’t mock me for admitting I’d chosen art history. The simple fact that he understood what I rambled on about only made me like him more.
Smart bloke
, I thought, over and over again. Not just that. I easily admired the flush of his cheekbones, the length of his lashes, and the near-permanent curve of his lips.

He picked up a lock of my loose hair. “Is this really all yours?”

I giggled. “Yes! Of course!” I turned around and lifted the weight of my wavy hair from the back of my neck so he could see a complete absence of glue or clips. Sensuously, his fingertips weaved over my scalp.

“Glad. Do you know how scary it is to touch a girl and be afraid you’re going to come away with a clump of foreign, imported hair?”

Still giggling, I let the laughter die in my throat when he leaned down and pressed his lips against the back of my neck.

“Will you let me take you out?” he asked, mouth brushing my ear. “See if you can loan me those tickets?”

I turned back to him and rested my hands on his shoulders. “How do I know this isn’t just about my season tickets?”

“Because that’s just bonus,” he said, just before he leaned down to kiss me. Something that had been missing in me for months flared to life in the softness of West’s lips over mine. I forgot the dancing crowd of people around us, the other clubbers elbowing to get to the bar for their drinks, even the unfamiliar scent of smoke from his friend’s illegal cigarette. Just the kiss and the promise of something wonderfully new. Gently, he pulled away and rested his forehead against mine.

“Can I get you home so no one else tries it on with you?”

“Home?” I repeated. A little presumptuous!

“Yes, make sure you get home. Not go home with you.”

I felt all at once disappointed and impressed. “You can indeed.”

He caught my hand firmly in his and led me out of the club. Every touch felt natural and completely normal. As if we’d been doing the same thing for years. He edged me to a cab queue and I dug my heels in.

“I’m not spending my loan on cabs.”

“I’ve got this. Please. Protecting my potential investment.”

With another kiss, he paid the driver and let me go. The cab headed in the direction of my digs, taking me far away from West and his huge, far-too-sexual hands. I pressed a hand to my corseted boobs and told my heart to calm down a minute.
Calm down, yourself,
it told me, racing in remembrance of how good West felt against me.
Don’t question. Just enjoy it.