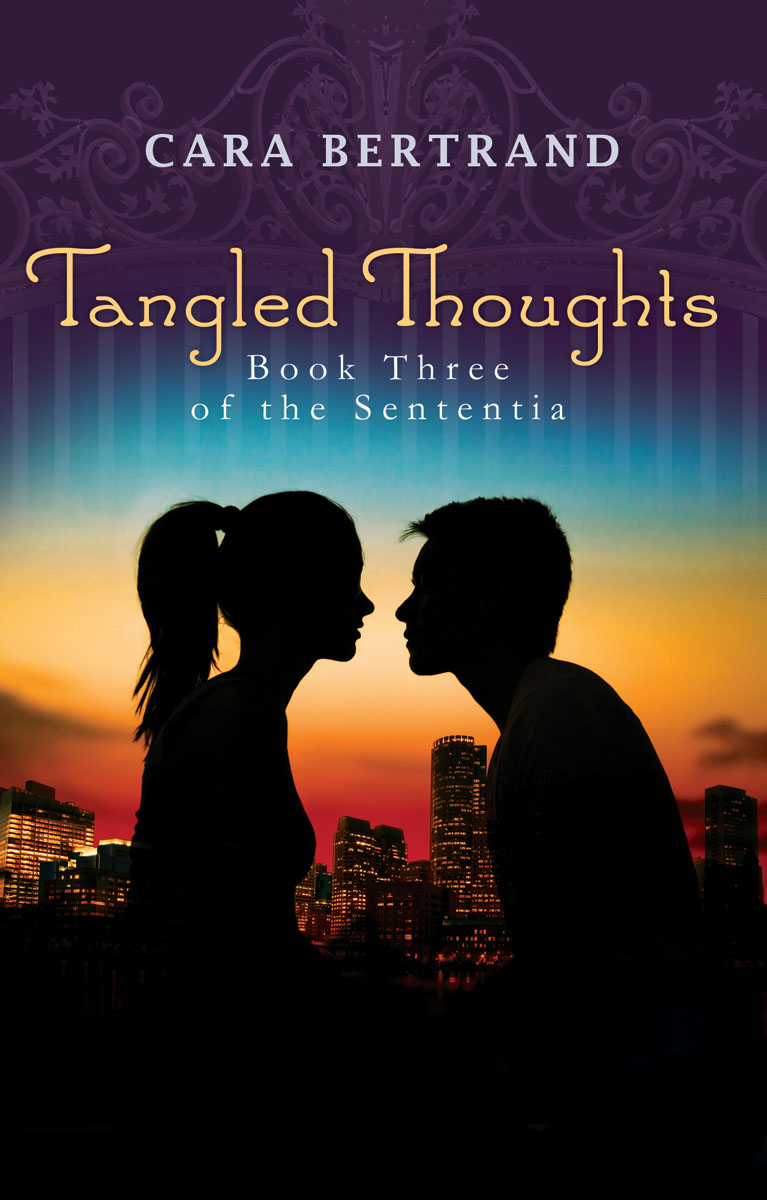 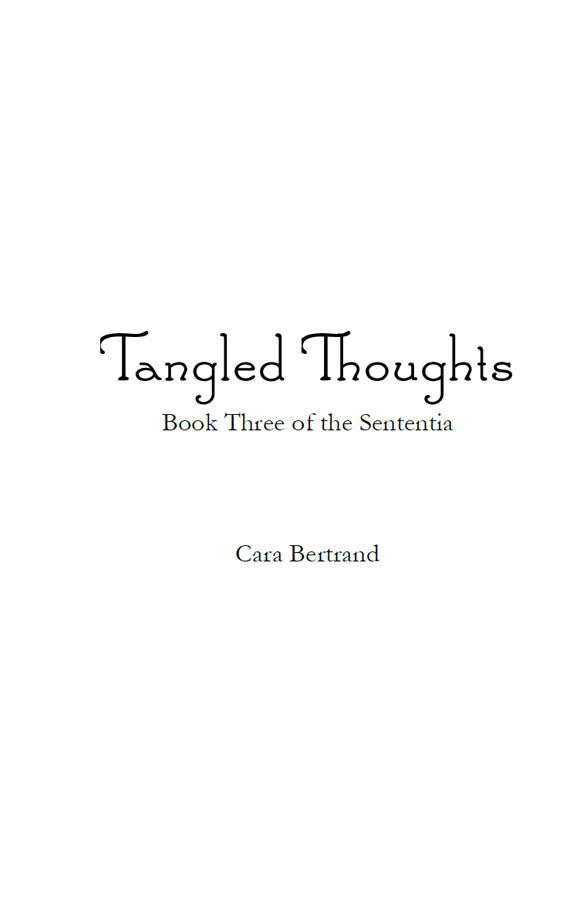 This book or any portion thereof may not be reproduced or used in any manner whatsoever without the express written permission of the publisher except for the use of brief quotations in a book review.

This book is a work of fiction. The names, characters, places and incidents are products of the author's imagination or have been used fictitiously. Any resemblance to persons, living or dead, actual events, locales, or organizations is entirely coincidental.

“Compelling and solid, this paranormal thriller has it all: love, murder, intrigue, mind games, and a bit of mystery.” â
Publishers Weekly

“â¦my pick for the winner, a fantastic novel trying to break freeâ¦The boarding school setting is a lot of fun, and the chemistry with Carter snapsâ¦Lainey and Carter begin exploring the provenance of Lainey's Legacy, the true extent of her powers, and just how those powers might be manipulated, the book starts to pick up momentum, leading to an action-packed ending with a twist that will leave readers clamoring for the next installment.” â Gayle Forman,
New York Times
Bestselling Author of
If I Stay

“X-Men meets teen romanceâ¦Fans of paranormal romance will find a lot to like in
Lost in Thought
; this vividly written tale sets the stage for an exciting series to come.” â Jill Baguchinsky, author of
Spookygirl

“The tale of Lainey Young's journey from being a seemingly normal girl with a secret to an extraordinary girl with many secrets will draw readers in and leave them wanting more! Cara Bertrand's sharp writing makes the unbelievable utterly believable, and the well-drawn characters likeable and equally despicable and, in Carter's case, irresistible. Tinged with mystery from page one,
Lost in Thought
keeps readers guessing from beginning to end, and will appeal to paranormal romance fans of all ages.” â Amy Ackley, author of
Sign Language 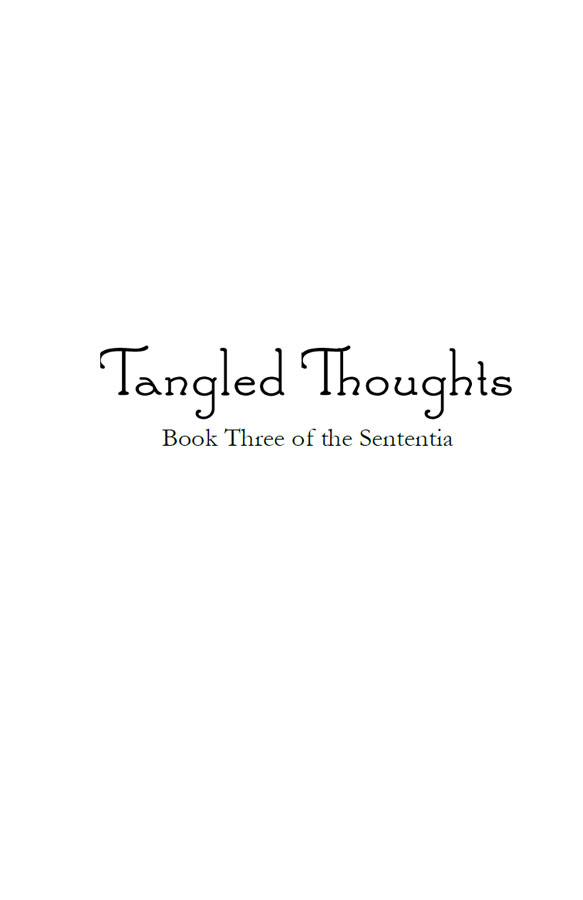 W
hat would you do, if your choice was between your love or your life?

That's a trick question, because it's not really a choice at all.

That's what I did.

Or at least I was trying.

I
thought I understood heartbreak after my father died.

I thought I understood betrayal the day Lainey left.

I was wrong then too.

C
ollege was
different
. Without the rigid schedule of high school, my days felt open and unpredictable. Liberating, too, butâ¦different. Free time was a taunt, always waiting and in abundant amounts, with a city full of amusements and antique shops to spend it in. I was glad Boston was already my home, that I'd spent an entire summer exploring every last hidden place.

I was glad, too, that I'd spent so many hours during my wayfaring life before Northbrook studying on my own. The entire college experience had to be a challenge for the un-self-motivated. Of which there were many, including my roommate, Natalie. There were all kinds of
everyone
.

Maybe the most freeing thing about college was the ability to be yourself.

Or to be whoever you
wanted
to be.

Who was I? I never realized how difficult a question that was to answer. It depended, in part, on who was asking. To some, like the university registrar, I was the basics: I was Elaine Rachel Young,
daughter of Allen and Julie, deceased; adopted daughter of Teresa Espinosa, artist and professor; eighteen-year-old freshman.

Some others seemed to see me only for two things, both of which I'd inherited: wealth and beauty. I thought that said more about who they were than who I was.

And then to a select group, I was something more. Among the Sententiaâthe people, like me, gifted with cognitive abilities that we called Thought, and the rest of the world called something like extra-sensory perceptionâI was special. I was the last Marwood, the last known living Hangman.

I wondered what everyone would think if they knew they were walking around campus with the most dangerous Sententia alive, a girl who could kill anything with just a touch and a Thought. I was afraid of her, and she was me. But the thing was: I didn't have to be that girl.

When I'd made my bargain with Daniel AstorâSententia leader, Carter Penrose's sort-of uncle, and all around bad guyâagreeing to leave Carter in exchange for a little thing called my life, I'd earned my freedomâfrom him, but also from
her
. Like I'd dreamed from the first day I'd learned the truth about myself, being Sententia was something I could leave behind.

Safe and anonymous in my first year at the University of Boston, I'd decided to take it all the way: no Sententia involvement
at all
. I wasn't even going to use my abilities. Even though it was in me, it didn't have to define me.
I
could define me.

How powerful was that?

I could be any
me
I wanted to be.

Of course, I quickly realized I was a work in progress. I stumbled into my dorm room in the International House out of breath and very nearly out of time, thankful as ever our building was in almost the exact middle of campus. It helped when you didn't know where you were going.

The four of us were the only freshmen in the whole house, and only one of us was an actual International StudentâJin Hee, or Ginny as she asked to be called, from Korea. She was in the business school with me and I
thought
she was meeting me so we could go to discussion together.

I did mostly like my roommates, even if I might not have chosen them, but that was the point. It was exactly why despite having purchased an apartment within walking distance of campus, I lived here. We called ourselves the Ex-pats, because it sounded cute.

I kicked open the door to my room and screamed. Sitting in the middle of her bed was Nat, the slacker.

“Didn't you hear me come in?!” She shrugged, and I wanted to scream again. I dumped my bag and keys on my bed. Only a dresser separated it from where Natalie lounged on her own bed. Our suite might have been bigger than the typical freshman shoebox, but our bedroom was small and beige. It's kind of strange when your college dorm is a step down from your high school one. Part of the experience, I reminded myself. “Where's Ginny?”

“Shopping? I don't know. Not home.” Nat shifted focus back to her phone.

“Oh.”
Crap
. I took a deep breath and resisted the urge to snap at Natalie. It wasn't
her
fault. “I guess I'll just see her in discussion then.” I was really hoping she knew where it was.

“I think she said something about switching?”

Nat's eyes flicked to me for a second. “You have charcoal on your shirt.”

“Charcoal. On your shirt.” Before she went back to playing her game, she added, “And your face.”

Sure enough, in the mirror I saw black smudges all over my t-shirt and more across my cheek and nose. “Shit! What the hell?” Apparently they'd come from my hand, which was smeared black with dust.

“Kendra,” she said without looking at me, naming our other roommate, the artist. Nat gestured vaguely in the direction of the door, whose handle was as black as my hand. And shirt. And face.

W
HICH
IS
HOW
I ended up the very last student to arrive at the first discussion section for my most important classâIntro to Business. I swore discussion locations were intentionally assigned as torture for freshmen, to ensure we got lost and give us maximum exposure to the randomest, hardest to find places on campus.

The room turned out to be small, windowless, and in the basement of a building I'd never even heard of before, let alone been to. The other students all watched as I stumbled into the closest open seat at the table, bumping the girl next to me; I actually recognized her from lecture.

“Welcome, latecomer,” called the TA, whose back was to the door as he finished scrawling an office location and time below the name
J. Kensington
on the white board.

“Sorâ” I started, and then the TA turned around. I half choked and had to start again. “Sorry.”

“Not a problem.” He met my eyes and smiled. Blushing like a stupid freshman, I fumbled for my pen. “But try not to make it a habit. The sooner we start, the sooner we get done. Elaine, right? You're the last one on my list.”

“Yes,” I squeaked and cleared my throat. “But I prefer Lainey. And sorry. Again. I'm not usually late, I swear.” I smoothed my hands across my notebook. I was literally the only student in the room without a laptop or something in front of me, as if the pen and paper were a set of my beloved antiques.

“Not a problem,” he repeated, handing a piece of paper to the student closest to him. “Pass this to Lainey, if you would. As I was saying, I'm Jack. Please don't call me Mr. Kensington, ever. My info is everywhereâon the board, on that paper, and online. Believe it or not, I want to see you at office hours. Business relationships are developed in personâ¦”

I was trying to listen, I really was, but J. KensingtonâJackâwas distractingly attractive. TAs were supposed to look likeâ¦I wasn't sure, but not like Jack: maybe six feet tall, medium-length dark hair styled just the right side of messy, brown eyes meant for staring at, and a dimple that came out whenever he lifted one corner of his full mouth.

He'd rolled up the sleeves of his slim button-down and wore a quirky tie that, paired with the dimple, made him basically adorable. I assumed he'd come to discussion straight from a GQ photo-shoot of Future Business Leaders of America. I couldn't quite figure out if the letters running across his tie spelled somethingâ

I dropped my pen when my neighbor touched my elbow at the same time Jack said, “It says,
âDo not read this. Violators will be prosecuted.'
” Once again, the entire group was looking at me. And laughing. Shit. It was just not my day. The only positive so far was the guy at the head of the table I was making a fool of myself over. At least he was smiling at me.