Read The Best of Sisters in Crime Online

The Best of Sisters in Crime 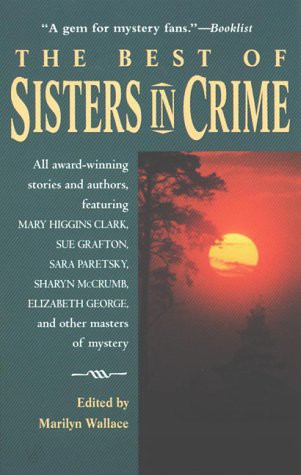 Marilyn
Wallace (ed) - THE BEST OF SISTERS IN CRIME 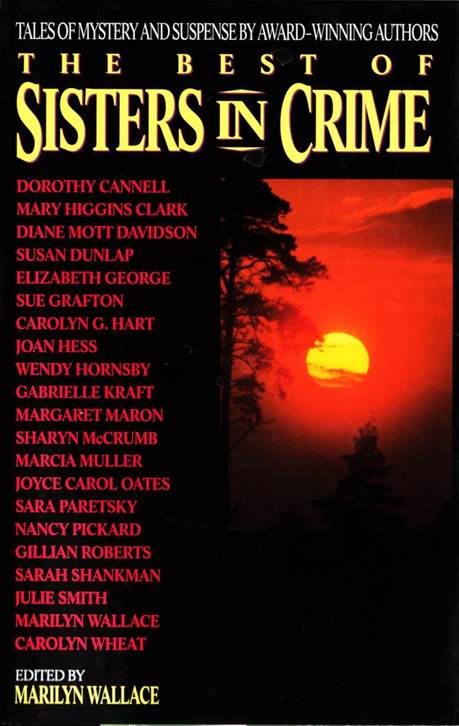 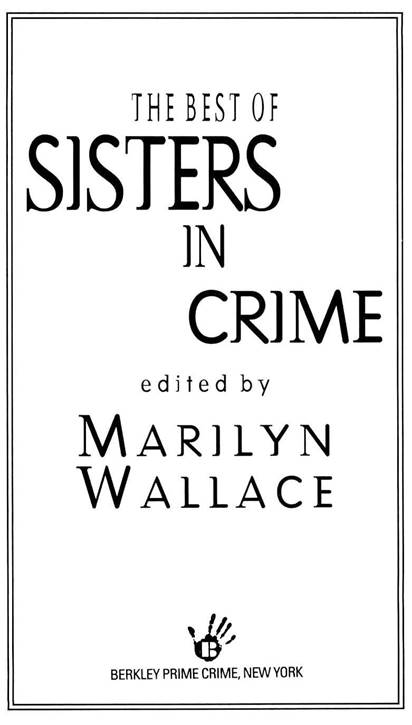 For the entire family of writers, in
celebration of the risks and pleasures of storytelling.

All rights reserved. This book, or parts thereof,
may not be reproduced in any form without permission.

The best of sisters in crime / edited by
Marilyn Wallace—1st ed.

“All the Lonely People” copyright © 1989 by
Marcia Muller.

“A Poison That Leaves No Trace” copyright ©
1990 by Sue Grafton.

“Voices in the Coalbin” copyright © 1989 by
Mary Higgins Clark.

“The High Cost of Living” copyright © 1990
by Dorothy Cannell.

“A Tale of Two Pretties” copyright © 1990
by Marilyn Wallace.

“Lieutenant Harald and the Impossible Gun”
copyright © 1991 by Margaret Maron.

Marilyn Wallace (ed) - THE BEST OF SISTERS IN CRIME

Afraid All the Time by Nancy Pickard

All the Lonely People by Marcia Muller

The Celestial Buffet by Susan Dunlap

Too Much to Bare by Joan Hess

A Poison That Leaves No Trace by Sue Grafton

The Evidence Exposed by Elizabeth George

Voices in the Coalbin by Mary Higgins Clark

The High Cost of Living by Dorothy Cannell

A Tale of Two Pretties by Marilyn Wallace

Part the Second: The Birds

Part the Third: The Long Good-bye

The Maltese Cat by Sara Paretsky

Lieutenant Harald and the Impossible Gun by Margaret
Maron

A Predatory Woman  by Sharyn McCrumb

Life, For Short by Carolyn Wheat

One Hit Wonder by Gabrielle Kraft

The first volume
of Sisters in Crime made its appearance in 1989, a year George Bush was
president, O.J. Simpson was a rental car spokesperson, and Rent was only a
monthly housing expense. The 22 stories in that anthology were pronounced “consistently
outstanding” (
Publishers Weekly),
a “literary variety show” (the
New York Times),
and “excellent”
(Newsweek).
Readers were so enthusiastic that four more volumes followed, each
featuring short stories written by some of the American women who ushered in
what many call the Second Golden Age of the mystery.

This collection
of stories, culled from the five volumes of SISTERS IN CRIME, is a sampler of
the work of a diverse, unruly, and talented group of writers. Difficult to
classify, adventurous, energetic, the contributors include writers who are past
presidents of the organization Sisters In Crime, writers who aren’t members at
all, writers from big cities, rural outposts, and suburban enclaves, writers
who fly airplanes, practice yoga, study papermaking, take teaching holidays in
Poland.

Inevitably,
literary lists are subjective. The label “best” lends a competitive cast to an
enterprise that isn’t meant to be a contest at all. In the interests of
simplicity and consistency, we established a criterion: the writer of each
story included in this collection has been short-listed for a major prize.
Special recognition is due to every contributor of all five volumes, and to all
the writers who have so revitalized the mystery and suspense field in the past
decade. During the 1996 Oscar Awards ceremony, Frances McDormand offered thanks
for the increase in great roles for women; I offer my own gratitude for these
wonderful stories about women, by women, for all readers.

Every year, many
organizations confer awards in the mystery and suspense field. These national
and international prizes include the Edgar Allan Poe awards, commonly called
Edgars, given by Mystery Writers of America; Anthonys, named for Anthony
Boucher and presented every fall at the national convention named in his honor,
Bouchercon; Agathas, awarded at the annual Malice Domestic convention; Macavity
awards, announced each summer by Mystery Readers International; and Shamus awards,
given annually by Private Eye Writers of America.

When the first
volume of the SISTERS IN CRIME anthologies came out in 1989, many of us,
readers and writers alike, remembered when a mystery protagonist whose life,
dreams, frustrations, and abilities we recognized was rarer than a virtuous
blonde in a noir novel. Some of us were also aware that no American woman had
won the Edgar award for Best Novel since Margaret Millar in 1956. But Julie
Smith finally broke the barrier in 1990 and won the Edgar for NEW ORLEANS
MOURNING, in which she introduces Skip Langdon. Margaret Maron took home the
prize in 1992, in BOOTLEGGER’S DAUGHTER, another debut of a new character,
Judge Deborah Knott. And in 1995, Mary Willis Walker got the gold for THE RED
SCREAM.

My, how things
have changed! As the dust settles from the marvelous explosion in the number of
mystery and suspense novels written by American women, it’s clear the one thing
that hasn’t changed is that mystery and suspense fiction remains a source of
delight to readers everywhere because it tells stories.

As a child, I
was filled with a deep hunger to read everything, anything, as long as it told
a story. I was one of the lucky kids who got to experience the sweet suspense
of anticipation while waiting for the Bookmobile. I’d check the kitchen clock
impatiently, worry whether Miss Murphy, with her dark, shapeless dresses,
sturdy shoes, and short-cut fingernails, had forgotten that I was depending on
her for my infusion of stories. All these years later, some words still paint
pictures so vivid that I can trace their impact to the stories I devoured as a
girl.

Say the word “well”
to me and immediately I’m dropped into a sandcolored landscape lit by a
blistering sun. The air is dry, the odor of straw and warm dates wafts on the
gentle breeze stirring the leaves of the palm trees. And in the center of this
scene, women are gathered around the well, laughing and talking, holding their
clay jars on their hips or atop their heads as they exchange news and advice,
solve problems, enjoy the fruits of friendship. Their clothing is simple,
decorated at the neck or the hem with a burst of colored thread. They learn
about health, child rearing, marriage, the world beyond their village through
shared tales. Their stories crackle with the drama of human relationships, and
their listeners stand transfixed, rapt with wonder and attention.