Read The Care and Feeding of Exotic Pets Online

The Care and Feeding of Exotic Pets 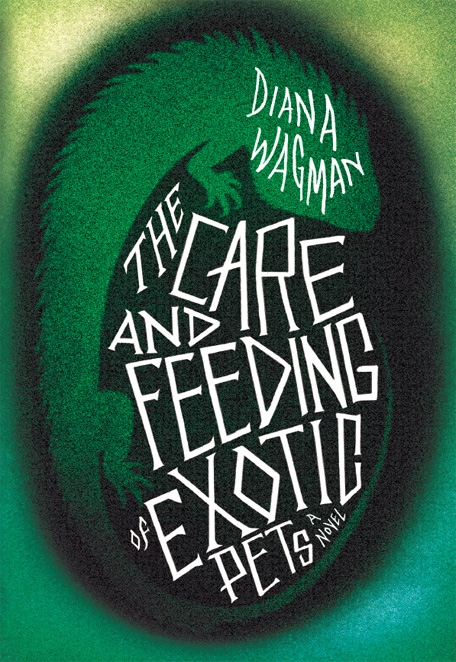 No part of this book may be used or reproduced in any manner without
written permission of the publisher. Please direct inquires to:

“We strongly oppose keeping wild animals as pets. This principle applies to both native and nonnative species, whether caught in the wild or bred in captivity.”

Same old dog scratching to go out. Winnie stood in front of her washer and dryer and contemplated the laundry. Dirty clothes were so elemental, so primal. A red stain on that T-shirt; something crusty on the front of those jeans. Simple scientific testing could reveal sexual partners, dinner choices, lapses in personal hygiene. If you really wanted to know a person, Winnie thought, just look at his or her laundry. If she ever had a date again, if she ever went home with a man, she would sneak a look in his laundry basket. She sighed at her own undone heap. She could throw in a load right now and then come home after her tennis lesson and put it in the dryer, but her arms felt heavy, her bare feet fused with the floor. In the kitchen, NPR reported the latest disaster. She wanted another cup of coffee. She had to wake Lacy. Dress for tennis. Make Lacy's lunch and take her to school. Drop the car off at the shop, get the rental car, go to her tennis lesson, then the grocery store and the drug store and the dry cleaners and stop by work to get that folder she forgot. Pick up Lacy at five-thirty after orchestra.

The dog whined. Winnie let him out the back door and
watched as he went immediately to the wicker chair on the patio and lifted his leg.

He finished his business before trotting away.

She knew she shouldn't complain. She was a reasonably attractive thirty-eight-year-old divorced woman. She had a job and she paid her mortgage and she loved her pain in the ass sixteen-year-old daughter. She had a couple of good friends. She read and went to the movies and flossed most nights before bed. There was just no air in her lungs anymore. She was deflated, like an old balloon caught on a fencepost.

She left the laundry undone and went upstairs to wake Lacy. Her room smelled as always of vanilla oil, fruity hair products, and the pungent gunk of teenaged girl. Her favorite stuffed bunny slumped against the wall underneath a taped-up scrap of paper, “Just Say Fuck Off!”

“Time to get up, Sweetpea.”

Lacy slept on her stomach on top of the sheet in boxers and T-shirt, legs splayed, one hand flung over the edge of the bed. As if she had been thrown there and abandoned. The multiple piercings in her left ear made Winnie wince. She bent down to smooth a blond curl off her daughter's cheek. Instead she smacked her butt.

“Have you been smoking again? Cancer. Emphysema. A hole in your throat. Do those words mean anything to you?”

“Nobody wants to kiss an ashtray.”

“I don't kiss anybody. And I don't smoke. I told you that. Everybody else smokes.”

“Secondhand smoke kills too. Tell them that.”

The teenage whine was worse than the toddler's.

They fought on the way to school. As usual. About nothing; about everything; the same old everything. Lacy wanted to move in with her father. This morning she shouted that she wanted to be as far from her mother as possible. Winnie felt her heart contract as if Lacy had squeezed it until it couldn't beat anymore. Lacy slammed the car door shut. She sashayed into her whitewashed cinderblock public school, her button-covered backpack bouncing against her back.

Wait, Winnie wanted to call out. Wait! That was the chant going through her head these days: Wait. Not yet. Wait. But it was impossible to tell a child not to grow.

Her cell phone rang. Her ex-husband.

She answered it, “Jonathan.”

Winnie heard Jonathan's young wife, Jessica, in the background. She said something unintelligible, but high pitched and feminine. Winnie could picture the long legs and tiny silk nightie. Lacy said Jessica's boobs were fake, but Winnie thought they were just fresh and unused.

“So, have you decided?” Jonathan said.

“I have to tell them soon. She can start second semester,
after the holidays, but I have to let them know.” When Winnie didn't answer, he continued, “Any new piercings?”

“Not that I've noticed. Of course she could have done her labia.”

He grunted. “Don't even joke about it.”

Maybe it would be better for Lacy to live with Jonathan. Probably it would be. A large, well-appointed house with two adults in residence and a TV in every room. An expensive private school with a lacrosse field and a ceramics studio and no graffiti or broken toilets or missing textbooks. Next year Lacy would start looking at colleges. She needed to do better, concentrate on her schoolwork. Lately she seemed to be giving up. Winnie had tried so hard to be a good mom, to listen, to pay attention, to be everything her own mother was not, but still Lacy couldn't wait to leave her.

“He's really a great therapist. All the kids see him.”

Jonathan was still talking. “Who? Listen, I'm on my way to the car place.”

“I like this one.” It was an old battle. It was Jonathan's guilt about leaving her versus her need for him to feel as guilty as possible. They'd bought the Peugeot station wagon when they were still married. He had loved it. Now she loved the wistful expression on his face when she drove it over to his house to drop off Lacy. “You know how I feel about this car.”

She looked at herself in the rear view mirror. “Not today,” she said. “I can't.” Not sweaty from tennis, without makeup or a better bra.

“Someplace near you would be fine.”

He wasn't listening. She said again, “I'm busy. I can't have lunch today.”

Jonathan had also offered to buy her a new house closer to his. Two years ago he found her a condo, Beverly Hills adjacent and much more appropriate for the ex-wife of the host of television's most popular game show. She had said no. She loved her two-bedroom, one bath bungalow in the low-rent part of town. They had lived there together; Lacy had always lived there. None of the windows closed tightly, the living room floor sloped to one corner, but she could afford it all by herself. It was home.

“Call me at eleven.”

The station wagon barely made it into the mechanic's driveway. Thick gray smoke poured from the exhaust. The car shuddered, gave a final kick, and died. She tried, but it would not start again.

“I'm surprised you got here,” her mechanic said. “It's my lucky day.”

Moments later she was standing on the sidewalk with her tennis racket, waiting for the van from the car rental agency. A breeze had come up, but in Southern California her thin nylon jacket kept her warm enough. She remembered Novembers growing up in New York City, her wet breath turning to ice in her wool scarf and her toes so cold it made her stomach hurt. A gust lifted her pleated tennis skirt; she got a whiff of old sweat. She had not washed her outfit after last week's lesson. Her legs needed shaving. She pictured stretching out to return a ground-stroke and jumping up for an overhead, all with her skirt fluttering. She flexed one foot, then the other and shook her head, feeling her ponytail swish against her neck. She had sworn she
would never play tennis again after Jonathan left her, but four years had passed and there was nothing he wouldn't do without her. At least her same old outfit still fit.

She looked down the street hoping to see the van. A black Toyota sedan turned the corner, headed her way. It slowed, went past her, stopped, and reversed to right in front of her. The car was so clean and shiny the passenger door was like a curved funhouse mirror. In its reflection Winnie's legs looked short and wide and her forehead like a billboard. She bent down as the window sunk into the door. The driver had to be Irish, young and skinny with bright red hair and pale eyes, wearing blue jeans and a black leather jacket, a white button down shirt and a tie.

“Are you from Enterprise?” Winnie asked.

“Have you been waiting long?”

“I expected the van.”

He leaned across the seat and opened the door. Winnie saw a penny in the street, almost under the car. It was heads up, a wishing penny. Jonathan had always hated her wishing. She wished on pennies and dandelions, the first star at night, white horses, and the turned up hem of her pants or shirt.

“They never come true,” he had said.

“How do you know?” she had joked so long ago. “Maybe I wished for you to be an asshole.”

“Get in.” The Enterprise driver sounded anxious.

It bothered her, but she left the penny on the road, got in the car and adjusted her tennis bag between her legs.